Michelle Khine, a research scientist, entrepreneur, mentor, and professor of biomedical engineering at the Samueli School of Engineering at the University of California, Irvine, still gets to play with her favorite childhood toy. More than 10 years ago, as a founding professor at the University of California, Merced, Khine came up with an elegant, effective and inexpensive solution to creating microfluidic chips using Shrinky Dinks®, a thin plastic that can be cut into any shape and baked into a smaller, thicker size. Today, the popular children's activity material remains an integral element of her fundamental and applied research.

"We develop our own technology," says Khine, who, as a plenary speaker, will be discussing new developments in her research at the SPIE Smart Structures Symposium in Anaheim in April. "And at the heart of our technology is the idea of having really soft stretchable sensors that match the elastic modulus of the skin so that they can move with the skin. Traditionally, body sensors have been rigid, and harder: there's this stiffness mismatch between the body and the sensor, and you don't always get very robust signals that way. We make these really small thin sensors that move with the body, and Shrinky Dinks are the platform that we use to make our structures."

To create their sensors, her team puts a metal layer on the Shrinky-Dink plastic. When the Shrinky Dink does its shrinking thing, the metal can't retract so it buckles and creates microstructures. "That's how we get our smart structures," notes Khine. "The metal — now wrinkled up — is removed from the Shrinky Dink and incorporated into a soft material, completing the sensor. The wrinkled metal allows the sensor to stretch out like an accordion: it can stretch out much further without breaking than a planar sheet of metal. We can then measure the change in resistance as the sensor stretches and retracts."

While making the signal-gathering space between body and sensors as seamless as possible, Khine is also focused on moving from reactionary medicine to a more predictive approach. "We need to get ahead of the curve," says Khine. "The way most medicine is now, if the patient doesn't feel good, they have symptoms presenting and then you try to address those symptoms. That's not as effective as monitoring subtle changes in physiological signals that precede the patient's physical deterioration. If you can catch those changes early, it's easier to treat them or prevent any exacerbation altogether. So we have moved away from point-of-care diagnostics to monitoring people continually."

That's how they came to develop the small, disposable adhesive-bandage-like structures from which, ultimately, data will be pushed to a smartphone and then from there into the Cloud, easily accessible to doctors. While the current iterations are based around pulmonary and cardiovascular functions, Khine and her team are already expanding into sweat-sensing options: "Sweat has a lot of analyzable elements. With pulmonary and cardiovascular monitoring, these are key parameters that could be used to monitor and prevent acute clinical decline."

The big-picture plan is to build a suite of different sensors — including, perhaps, paint-on electrodes — that would create an expansive capability for comprehensive patient monitoring. "We are in the process of starting work on an Alzheimer's grant," says Khine. "It turns out that beat to beat blood pressure variation is an indicator of small vessel disease and, potentially, of cerebral small vessel disease which might be a precursor to dementia and Alzheimer's diseases. Every time your heart beats, it gives you a different value; the change in your blood pressure is actually a better indicator of cardio-vascular morbidity than just hypertension alone. So if you can catch these physiological changes decades in advance of clinical symptoms, that's our best hope at really eradicating the disease. Being able to treat those people with very early stage cerebral vascular disease — that's the goal!"

That kind of real-life application is becoming increasingly critical. As the timeline between incorporating fundamental research into applications progressively shrinks, an effective researcher must be just as focused on translational work, notes Khine, particularly in the biomedical field. "You have to be able to translate your inventions for real-world benefit," she says. "Sometimes, the easiest path to do that is to establish a startup company, and we've had a number of those coming out from the laboratory."

In fact, one of Khine's current goals is to graduate her students with a startup company: "We've done two recently," she says, "That's pretty exciting to me." Vena Vitals is producing a blood-pressure sensor in order to monitor blood pressure beat to beat, while Makani Science produces a non-invasive respiratory sensor.

That level of supportive mentorship doesn't stop with her students. Khine was the first female faculty member hired in her department when she joined UC Irvine ten years ago and, while she appreciates that there have been great strides forward, there's still far to go. "Right now, the numbers are ridiculous," she says. "Look at the statistics, the huge discrepancy between men and women inventors in terms of number of patents filed. It benefits everyone when we have more diverse teams working on innovations. Also, this is a fantastic profession that I wish more women would embrace. I love what I do, and I'd love for more opportunities to be open to more women."

She's currently spearheading a new initiative at Irvine, FITE Club — Females in Technology Entrepreneurship — to support women in technology, while holistically addressing the myriad issues of implicit bias, closed networks, toxic work environments, and family commitments. "At the undergraduate level we have about 50 percent women in bioengineering now," says Khine. "But what is really frustrating is that about half of them leave the STEM profession within ten years of graduating. I'm working towards trying to retain those women, to provide avenues where they can work even if they decide to take some time off for child-rearing, and to figure out how we can support them to get them back into the STEM field. More women in STEM fields benefits everyone. Having more women innovators is good for the world."

And, because you can't reach future scientists too early, her Khine Engineering Lab has a nifty outreach program, A Hundred Tiny Hands, creating STEM kits and stories for kids drawn specifically from the nanotechnology science of the lab.

That proactive outreach reflects Khine's sharp awareness of what current and future researchers will require. At the moment, a confluence of different technologies is impacting her work and driving it forward, including the pervasiveness of wireless technology, the improvements in Bluetooth technology and near-field communication, big data storage, and Cloud-enabled capabilities. "A doctor can access all of this data now. And, with machine learning, someone doesn't have to manually go through all the data just to flag what's normal and what's not. All of these things together set the stage for being able to do what we can do now."

Still, she notes, we must be scanning the horizon, always considering the question: How do we make new materials for the next 20 years? "There are so many challenges that we still have to face that we need to come up with inventions for," says Khine. With her pragmatic, humane approach, we are in safe hands. 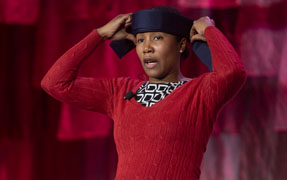 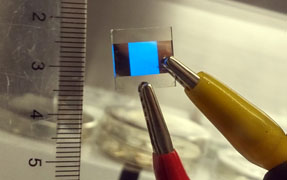