Optical and IR observations of planetary and exoplanetary atmospheres

From previous studies it is known that Jupiter's auroras are generated by two separate mechanisms: a rapid 10-hour rotation of the magnetic field (known as the ‘internal source’) and the variation of the solar wind (known as the ‘external source’).1 Although much effort has been made to determine which of these sources plays the major role in causing the spatial and temporal variations of Jupiter's auroras, the mechanism has still not been resolved.2 In addition, it has been shown that active volcanoes on Io (a moon of Jupiter) intermittently inject large amounts of gases into the magnetosphere and can modulate the auroral activity.3 Past studies have also revealed that the light from exoplanet host stars is polarized with the variation period of the planet's orbital motion. This result suggests that the polarization is caused by Rayleigh scattering in the exoplanetary atmosphere.4 The examples of exoplanetary atmospheres that have so far been studied, however, have been very limited. Further observations are thus required to fully characterize the atmospheres of different types of exoplanets.

To achieve continuous and flexible monitoring of planetary atmospheric phenomena, we have developed effective optical and IR instruments for operation at the Haleakala High Altitude Observatories on the summit of Mount Haleakala, Hawaii (latitude, longitude, and altitude of 20°42.4′N, 203°44.5′W, and 3040m, respectively). In particular, we currently use our 40cm (T40) and 60cm (T60) telescopes to conduct high-resolution spectroscopy and polarimetry. We mainly use T40—in operation since 2006—with an 8 × 12 fiber array echelle spectrometer (field of view of ∼41 × 61′′, and resolving power of ∼67,000) and a wide-field-of-view (FOV) monochromatic imager (FOV of ∼2.5 × 2.5°) to monitor the variations in faint emissions from Io's torus, Mercury, and the lunar sodium tail.5 We also use our T60 (Cassegrain and Coude) telescope—which we relocated from Japan to Haleakala (see Figure 1) in 2014—for our planetary and exoplanetary observations. To achieve efficient monitoring, we can operate both the T40 and T60 telescopes, as well as their various instruments, remotely and automatically. 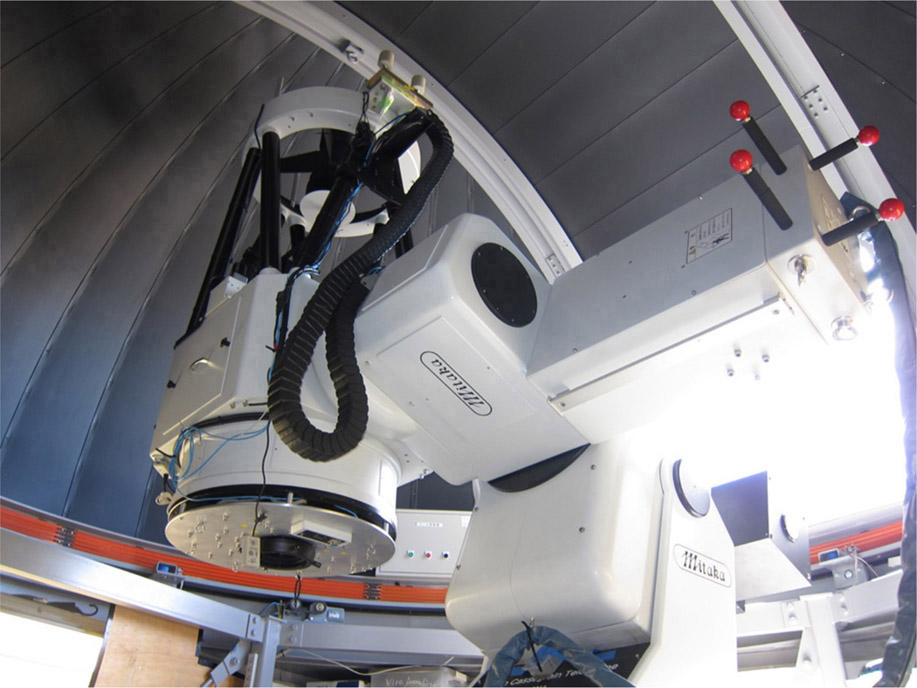 Figure 1. The 60cm Cassegrain and Coude telescope (T60) installed at the summit of Mount Haleakala, Hawaii.

We have recently used T60 in combination with a variety of instruments to make a number of different observations. For instance, with our newly developed mid-IR laser heterodyne instrument (MILAHI) we have observed the atmospheres of Venus and Mars.6 This spectrometer has a 7–12μm wavelength range and super-high resolving power (106–107). We have also installed room-temperature quantum cascade lasers (with output power of 30–100mW) that cover the wavelength ranges of 7.69–7.73, 9.54–9.59, and 10.28–10.33μm to act as local oscillators and to enable observations of various atmospheric species (e.g., carbon dioxide, methane, and water).6

We have also used our visible imager and spectrograph with a coronagraphy (Vispec) instrument to observe the torus of Io and of Enceladus (a moon of Saturn). We designed the optical layout of Vispec (see Figure 2) so that the measurement mode can be selected from among a monochromatic imager, low-resolution (i.e., resolving power of ∼3000), and high-resolution (resolving power of ∼50,000) spectrometers. This instrument is also characterized by a wide FOV (200′′ along a slit) and a Lyot-stop coronagraph. These features are useful for making observations of the faint emissions that surround a planet. Example observations of the Io torus emissions that we obtained with Vispec are shown in Figure 3. In other work, we have used our multicolor polarization imager (DIPOL-2) to measure the weak polarization that occurs in exoplanetary atmospheres.4, 7 Indeed, in 2015 and 2016 we measured 59 non-polarized standard stars to calibrate the instrumental polarization and were thus able to determine the polarization of several exoplanets (e.g., HD189733b). 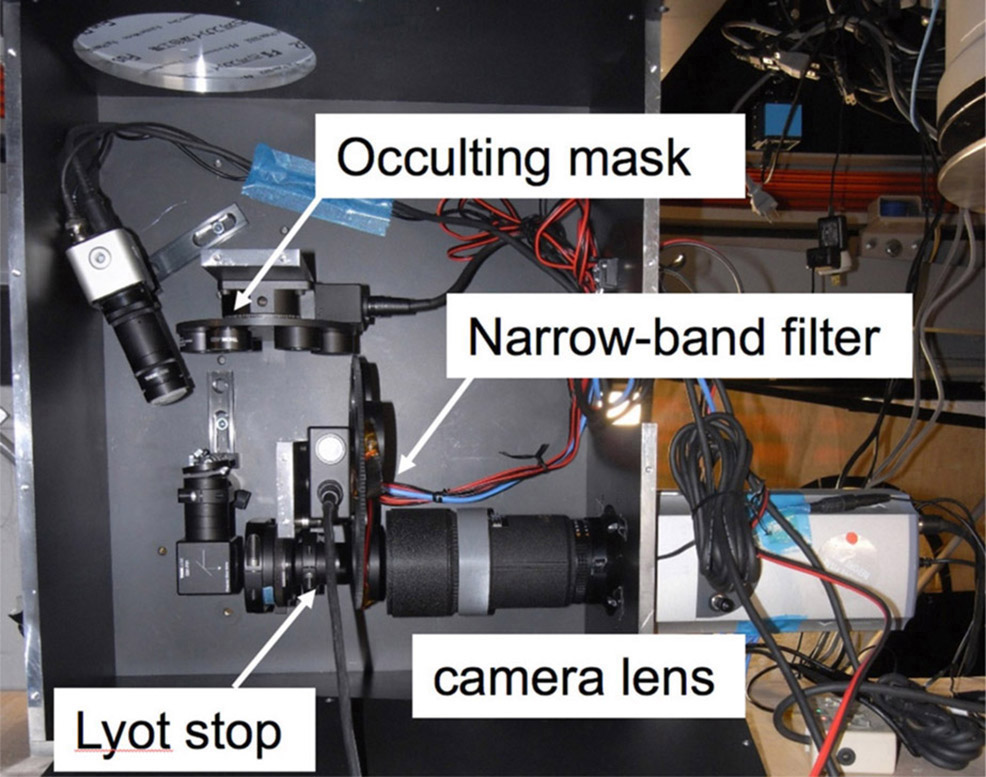 Figure 2. Photograph showing the optical layout of the coronagraph imager part of the Vispec instrument. Figure 3. Successive images of emission at 673.1nm (sulfur ion) from the Io torus, obtained with the Vispec instrument on 12 December 2014. The bright circle in the bottom left corner is a masked image of Jupiter. Colorscale shows counts in arbitrary units.

In addition, we are currently developing a new 1.8m off-axis telescope (see Figure 4) as part of the Polarized Light from Atmospheres of Nearby ExtraTerrestrial Systems (PLANETS) project, which is an international collaboration between many institutions, including Tohoku University (Japan), the Institute for Astronomy at the University of Hawaii, and the Kiepenheuer Institut für Sonnenphysik (Germany). The off-axis optical system of our design allows us to achieve very low stray-light contamination in the obtained data. This is significantly advantageous for observations of faint emissions around bright planetary bodies (e.g., the Io torus and exoplanetary atmospheres). The instrument will also have a Gregorian focus (with an FOV of 6′) and a Coude focus (with an FOV of 20′′). For the main mirror we will use Clearceram Z-HS (1850mm diameter), which will be manufactured through an advanced hydrodynamic polishing technology known as HyDRa. 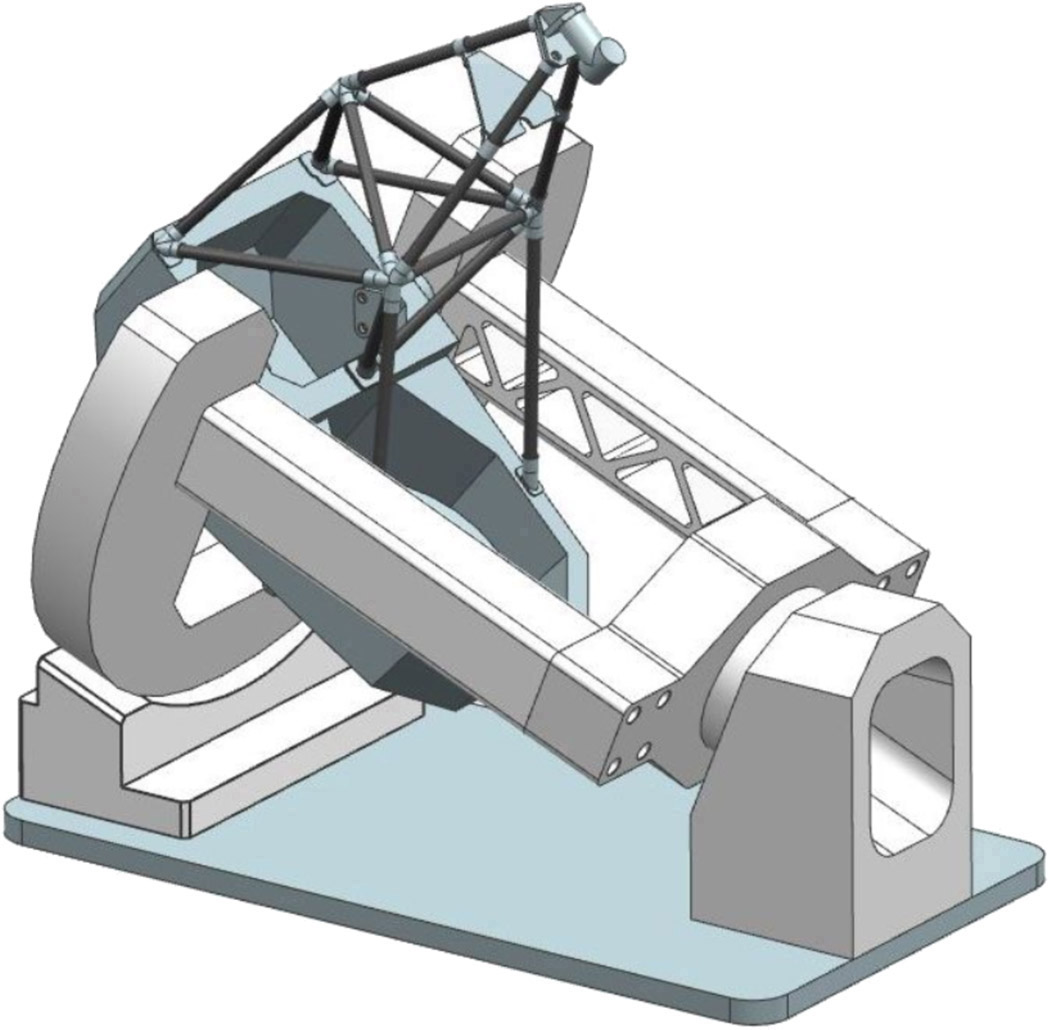 Figure 4. Schematic diagram of the mechanical design for the equatorial split-ring support for the 1.8m off-axis Polarized Light from Atmospheres of Nearby ExtraTerrestrial Systems (PLANETS) telescope.

In summary, we are currently using the T40 and T60 telescopes on Mount Haleakala—in combination with specially designed optical and IR instruments—to conduct high-resolution spectroscopy for monitoring of variations in planetary and explanetary atmospheric phenomena. We are also developing a 1.8m off-axis telescope as part of the international PLANETS project. We plan to install this telescope at Haleakala in the near future. We welcome possible collaborations for all our activities.

This work is supported by the Japan Society for the Promotion of Science Zuno Junkan program (R2502) and a Kakenhi grant (JP 26287118).