In modern astronomy, IR observations are one of the key measurements used to understand a wide range of phenomena in the universe, e.g., for probing the formation sites of extrasolar planets, the final stages of stellar evolution, and massive star-formation processes in distant galaxies.1 However, absorptions caused by various molecules in the terrestrial atmosphere mean the IR wavelength range that can be observed from the ground is limited. This is one of the main reasons for the many IR satellites and airborne telescopes (e.g., the Hubble Space Telescope,2 Spitzer Space Telescope,3 and the Stratospheric Observatory for Infrared Astronomy4). Such projects, however, require a large amount of resources (i.e., financial and technical), and they have much shorter operational periods compared with ground-based telescopes.

Another way to lessen the effect of atmospheric absorption at IR wavelengths is to construct a large telescope on a high mountain in a dry area (because a large fraction of the absorption is caused by water vapor). The atmospheric transmittance of a hypothetical IR observatory—based on the typical conditions at major existing observatories, e.g., the Paranal Observatory5 (2600m altitude) and the Roque de los Muchachos Observatory6 (2400m altitude)—is compared with that at the summit of Cerro Chajnantor in the Atacama desert of northern Chile, with an altitude of 5640m, in Figure 1. From these spectra it can be seen that absorption bands become less prominent, and an almost continuous window appears at 0.9–2.5μm for Cerro Chajnantor. In addition, a number of new windows open up beyond 20μm. The dry climate of the Atacama (where annual precipitation is less than 5mm7) and the high altitude of this site result in low precipitable water vapor (PWV)8—below 0.5mm—and make Cerro Chajnantor an ideal site for IR astronomy observations.

Figure 1. Simulated atmospheric transmittance at the summit of Cerro Chajnantor (blue), which has typical precipitable water vapor (PWV) of 0.4mm and an altitude of about 5600m, and at a hypothetical observatory (with 2600m altitude and PWV of 3mm).

The summit of Cerro Chajnantor has thus been chosen as the site of a new 6.5m telescope—the University of Tokyo's Atacama Observatory (TAO)9—led by Yuzuru Yoshii as the principal investigator. We based our selection of this site for the TAO on the results of a satellite data survey conducted (in collaboration with the Cerro Tololo Inter-American Observatory and the European Southern Observatory) in 2001.10 This survey indicated that the summit of Cerro Chajnantor had an extremely low PWV (0.7mm) and a high clear-sky fraction (more than 70%). In the following years, we have also installed an on-site weather station to obtain measurements of the local climate and ‘seeing’ conditions. The results from these in situ measurements have also been promising.11, 12 Nonetheless, we still need real observations to confirm that the site performance at IR wavelengths is as good as we expect.

We therefore installed a 1m pathfinder telescope—known as miniTAO (certified as the highest astronomical observatory on Earth by Guinness World Records in 2011)—in 2009 (see Figure 2) and have used it to conduct science observations. Some of those results—images of the center of our galaxy in ionized hydrogen Paschen-α emission (i.e., at 1.875μm) and in emission from warm dust clouds (at 30μm)—are shown in Figure 3. Images at such wavelengths are almost completely inaccessible from other ground-based observatories, and these results therefore clearly demonstrate the strong potential of our chosen site for IR observations. With these successful observations, we are thus ready to construct our main 6.5m telescope. 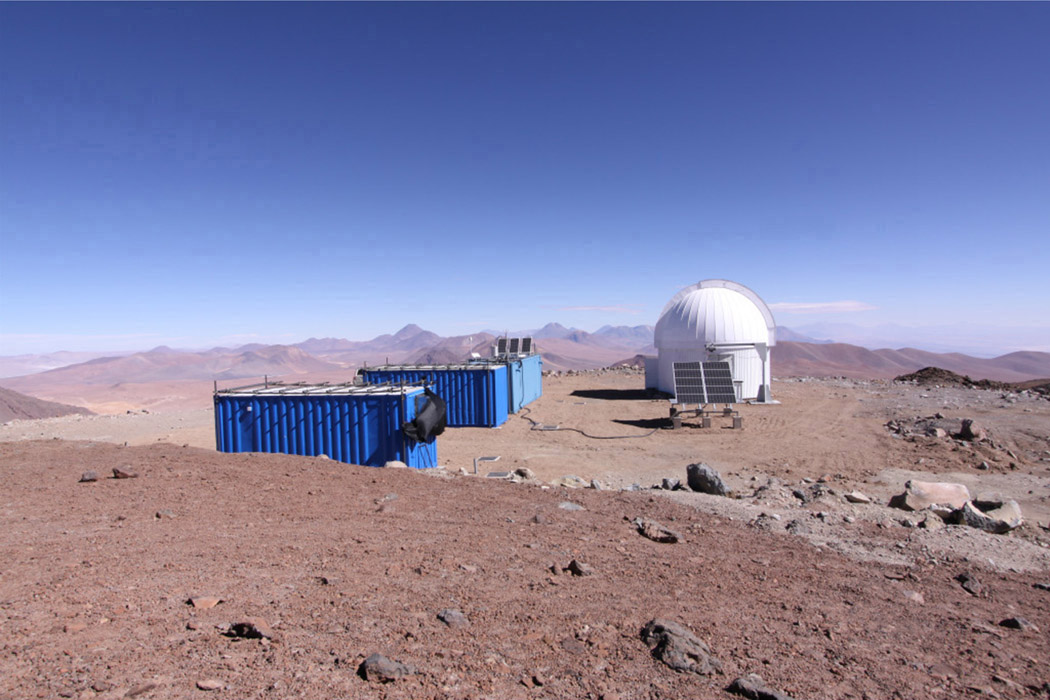 Figure 3. Images obtained with miniTAO of the galactic center in (center) the hydrogen Paschen-αemission line at a wavelength (λ) of 1.875μm, and (right) thermal emission from warm dust (at 30μm). In a Digitized Sky Survey (DSS) visible image (left), the galactic center is hidden by the foreground dust clouds.

The design for our TAO 6.5m telescope includes three mirrors, i.e., a 6.5m primary mirror, 0.9m secondary mirror, and 1.1 × 0.75m elliptical tertiary mirror. In particular, the primary mirror has a honeycomb lightweight structure and is being fabricated at the Steward Observatory's Richard F. Caris Mirror Laboratory at the University of Arizona. We based the design of the telescope structure (constructed by Nishimura Co., Ltd) itself on that of the Magellan 6.5m telescope.13 Production of the telescope's major parts has already been completed, and they are now being preassembled in a factory in Japan (see Figure 4). Our telescope design also features four foci, including two Nasmyth foci—located at the elevation axis of the telescope, where two facility instruments will be installed—and two bent-Cassegrain foci for visitor instruments. 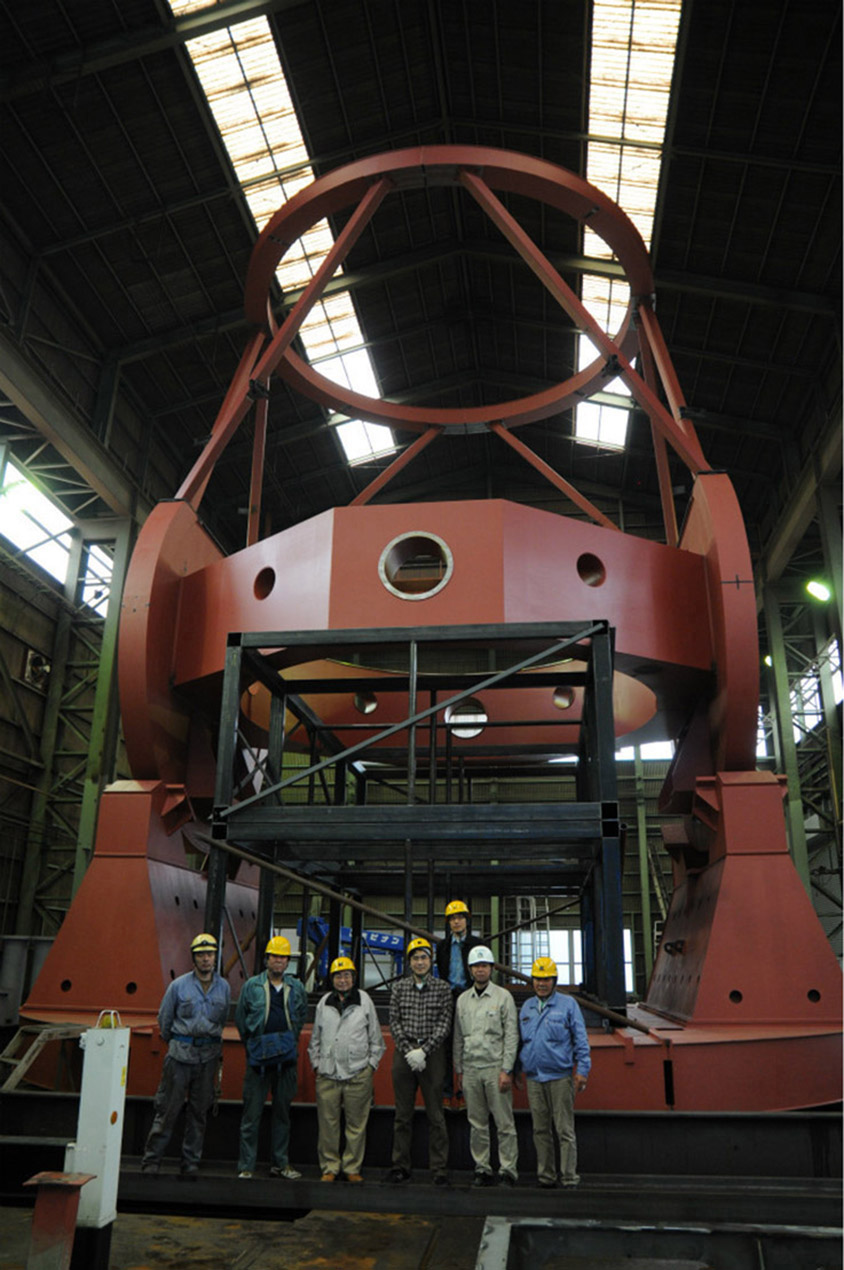 Figure 4. The 6.5m TAO telescope being preassembled in Japan.

The Simultaneous Wide-Field Imager and Multiobject Spectrograph (SWIMS)—see Figure 5(a)—is one of the facility instruments we are currently developing.14 To make use of the almost-continuous atmospheric window at near-IR wavelengths, SWIMS is capable of multiobject spectroscopy with λ/Δλ of 1000 (where λ is wavelength, and Δλ is the change in wavelength) from 0.9 to 2.5μm in a single exposure, as well as wide-field imaging. SWIMS will thus be a powerful tool for studying the formation and evolution of high-redshift galaxies, quasars, and transients. 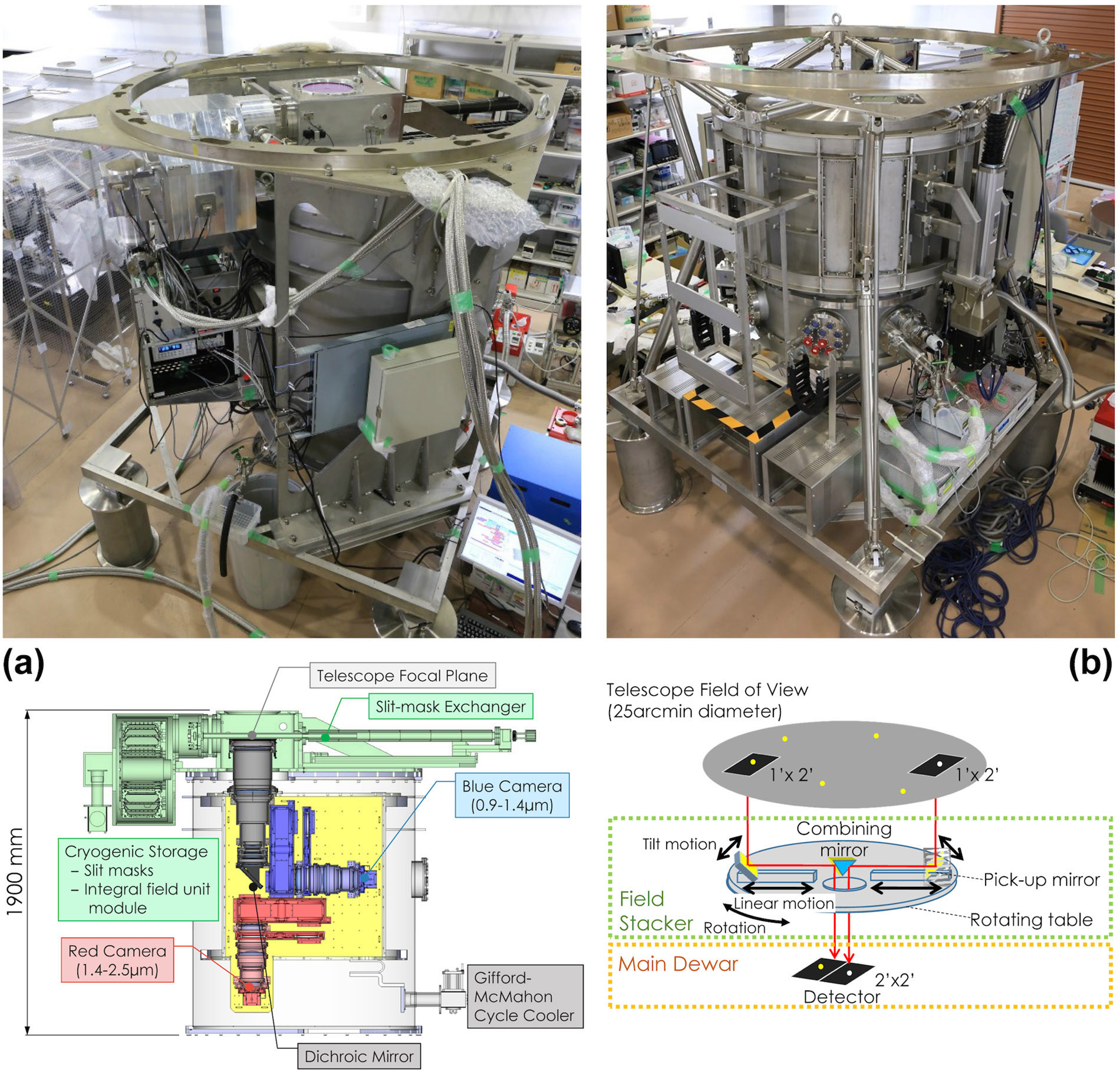 Figure 5. Photographs (top) of the full laboratory assembly of both the (a) Simultaneous Wide-Field Imager and Multiobject Spectrograph (SWIMS) and (b) Mid-IR Multi-field Imager for Gazing at the Unknown Universe (MIMIZUKU) instruments in Mitaka, Japan. The internal structure of SWIMS and layout of the field stacker system used in MIMIZUKU are also shown at the bottom of (a) and (b), respectively.

Our second facility instrument currently under development is the Mid-IR Multi-field Imager for Gazing at the Unknown Universe (MIMIZUKU).15 This instrument—see Figure 5(b)—is capable of imaging and low-resolution spectroscopy between 2 and 38μm. In the instrument we include a novel ‘field stacker’ mechanism that combines two separated small fields of view into one detector area. This allows us to observe two objects in a single shot. For example, we can observe a calibration star at the same time to obtain accurate temporal variation information about the brightness of a target object (e.g., caused by dust formation/destruction in forming or dying stars). The development of both our facility instruments is almost complete, and they will be installed at the Subaru 8.2m telescope (Hawaii) in 2017 to conduct engineering observations (i.e., to verify their on-telescope performance). They will then be sent to Chile in 2019 for the first-light science observations at our 6.5m TAO telescope.

In summary, we are currently in the process of constructing a 6.5m IR-optimized telescope at the summit of Cerro Chajnantor in northern Chile (the highest astronomical observatory in the world). The high altitude (5640m) and extremely dry environment of this site means that high atmospheric transmittance is achieved and that stable IR wavelength observations can be realized. Both the production of the telescope structure, and the development of two facility instruments (in Japan) are almost finished. In our current plan, we will start on-site construction (i.e., on Cerro Chajnantor) in 2017. We hope to finish the telescope assembly and obtain the first-light engineering observations in early 2018.

This work has been supported by the Grant-in-Aid for Scientific Research program (21018003, 21684006, 22253002, 23540261, 24103003, 24244015, 2611460, 25247017, 15K17599, 15H02062) from the Japan Society for the Promotion of Science (JSPS). Part of this work has also been supported through the Optical and Near-Infrared Astronomy Inter-University Cooperation Program by the Japanese Ministry of Education, Culture, Sports, Science and Technology, the institutional program for young researcher overseas visits from the JSPS, and the National Astronomical Observatory of Japan (NAOJ) research grant for universities. The development of the Simultaneous-color Wide-field IR Multi-object Spectrograph (SWIMS) and the MIMIZUKU instruments is supported by the Advanced Technology Center (NAOJ). The DDS image in Figure 3 was produced at the Space Telescope Science Institute under US Government grant NAG W-2166, and is based on photographic data obtained from the Oschin Schmidt Telescope on Palomar Mountain (CA) and the UK's Schmidt Telescope. The plate was processed into the shown compressed digital form with the permission of these institutions.

Kentaro Motohara graduated from Kyoto University, Japan, and mainly works on near-IR instrumentation, as well as studying galaxy formation and evolution. He is a member of the University of Tokyo Atacama Observatory project, and a principal investigator of its near-IR camera/spectrograph (SWIMS).