The terahertz (THz) range of electromagnetic waves (0.1–10THz)—which lies between the microwave and optical regions—is of great interest. This is mainly because this band of the electromagnetic spectrum includes the frequencies of rotational and vibrational spectra of complex (e.g., biological) molecules. Most dielectric materials are transparent in the THz region, and THz waves are already used in many biomedical applications (e.g., for the detection of dangerous and illicit substances, as well as for the diagnosis and treatment of diseases). Photoconductive antennas are the most-developed room-temperature sources of THz radiation. However, ultrafast low-temperature-grown gallium arsenide (GaAs)—which is typically used as a substrate for such antennas—suffers (because of its large band gap) from low thermal efficiency, low carrier mobility, and a pump limit at a wavelength of about 850nm. An alternative substrate material is thus required so that efficient and tunable THz radiation can be generated.

Quantum dots (QDs) were first discovered in the 1980s,1 i.e., around the same time as photoconductive antennas.2 The properties of these particles are controlled by both their size and the material from which they are made. QDs exhibit discrete energy levels and are highly configurable, and QD materials are successfully used in multiple applications, e.g., for lasers,3 saturable absorbers,4 photovoltaic devices,5 and biosensors.6 To generate pulsed and continuous wave (CW) THz radiation, photoeffective semiconductors that also possess a high carrier mobility and ultrashort carrier lifetime are necessary (i.e., QD wafers perfectly meet all the requirements).

In our work,7 we have shown that QD materials can be used to effectively generate THz radiation.8, 9 We used molecular beam epitaxy (MBE) in the Stranski-Krastanov regime to grow indium arsenide (InAs)/GaAs QD structures over a suitable distributed Bragg reflector (DBR). The need for this DBR is twofold, i.e., to reflect the pump beam (and thus reduce the IR power at the antenna output) and to enable full-optical cavity-type optimization of the structure. Our constructed antenna—see Figure 1—contains InAs QD layers within a GaAs lattice and has a 30nm-thick top layer of low-temperature GaAs (LT-GaAs). The top layer (i.e., of LT-GaAs) is suitable for titanium/gold metal contact deposition and significantly reduces the dark current of the antenna. In addition, each InAs QD layer (of 2.3 monolayers) is capped with a 4–5nm-thick In0.15Ga0.85As layer and is separated by a 35–36nm GaAs spacer layer (giving a total active region of 1–1.7μm). 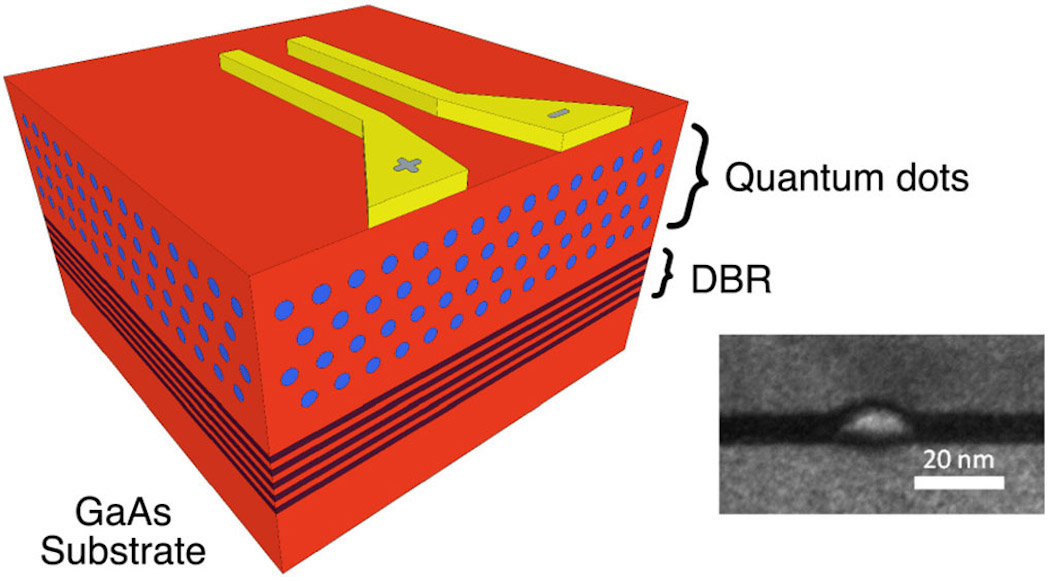 We find that the pulsed THz radiation emitted/detected from our QD antenna (when it is used as a source/detector) displays a wavelength dependence, i.e., there are peaks in the vicinity of the QDs' first and second excited states (see Figure 2). Our QD-based antenna may thus also be used in conjunction with semiconductor laser-pump sources, in the 1100–1300nm wavelength range. This is possible because similar InAs:GaAs QD structures are used in both the laser-pump source and the photoconductive THz emitter, and because of the complementary emission and absorption energies exhibited by the InAs:GaAs laser and antenna. 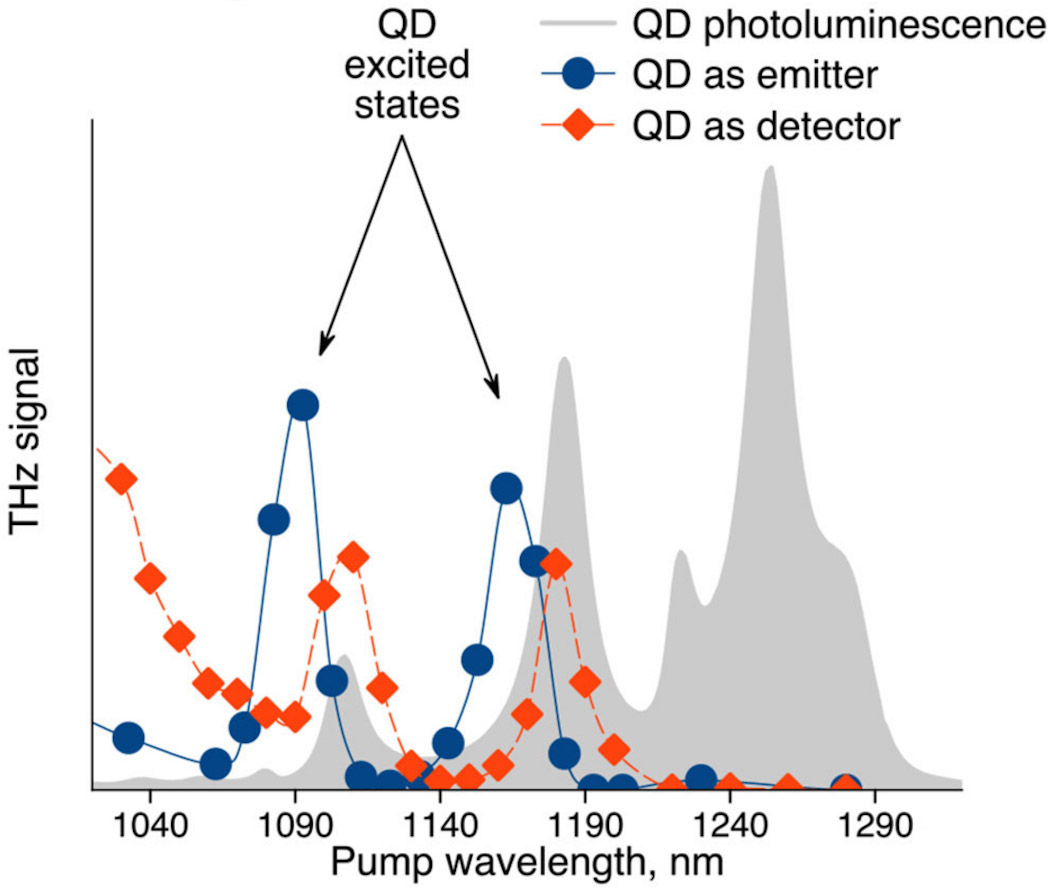 Figure 2. The performance (at different wavelengths) of the QD antenna as both a terahertz (THz) source and detector.

In addition to pulsed THz signals, we can use our QD antenna to generate CW THz radiation (through heterodyne conversion). We have previously demonstrated CW THz emission by photomixing of 850nm laser diode pumps in QD structures.10 Building on that work, here we show an approach for the generation of tunable CW narrowband THz radiation. In this method we use our QD photoconductive antenna pumped by a tunable QD semiconductor laser in a double-Littrow configuration: see Figure 3(a). By rotating the diffraction gratings in this setup, we can achieve simultaneous and arbitrary tuning of both output wavelengths, and thus the resultant THz difference frequency. An example THz output power trend, from our QD-based antenna pumped by this laser (tuned to a difference frequency of 1THz), is shown in Figure 3(b). 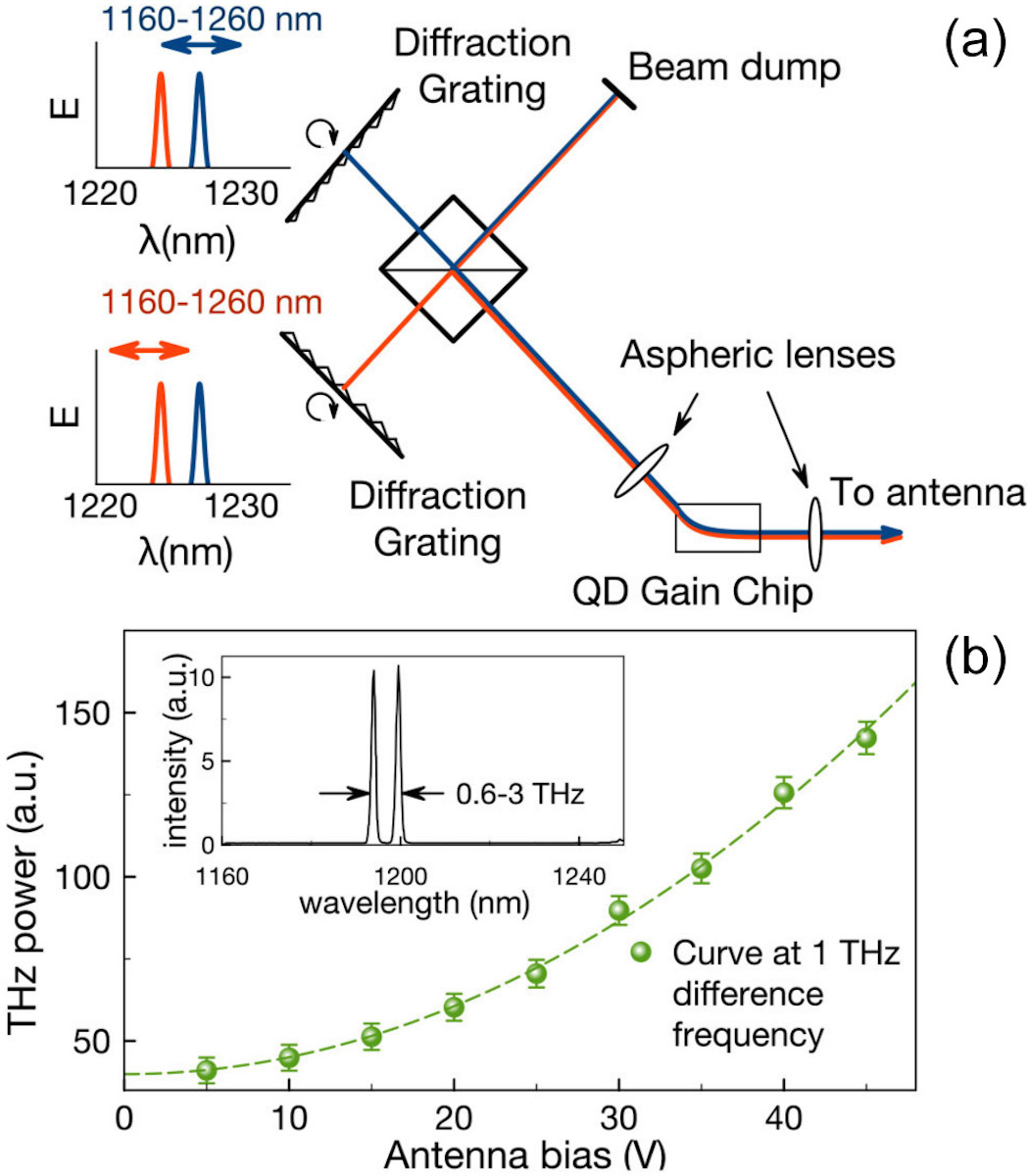 Figure 3. A tunable QD semiconductor laser in a double-Littrow configuration (a) is used to pump the QD photoconductive antenna and produce a continuous wave THz signal (b). The inset to (b) shows the pump spectrum. E: Energy. λ: Wavelength. a.u.: Arbitrary units.

The thermal tolerance of our QD materials significantly surpasses that of bulk semiconductors. This means that there is the potential to enable the use of the full laser intracavity power, e.g., of an optically pumped disk laser.11 Such a layout, i.e., the intracavity placement of an antenna in a vertical-external-cavity surface-emitting-laser (see Figure 4), allows an all-semiconductor-element-based, efficient, room-temperature THz source to be contained in an ultracompact housing. 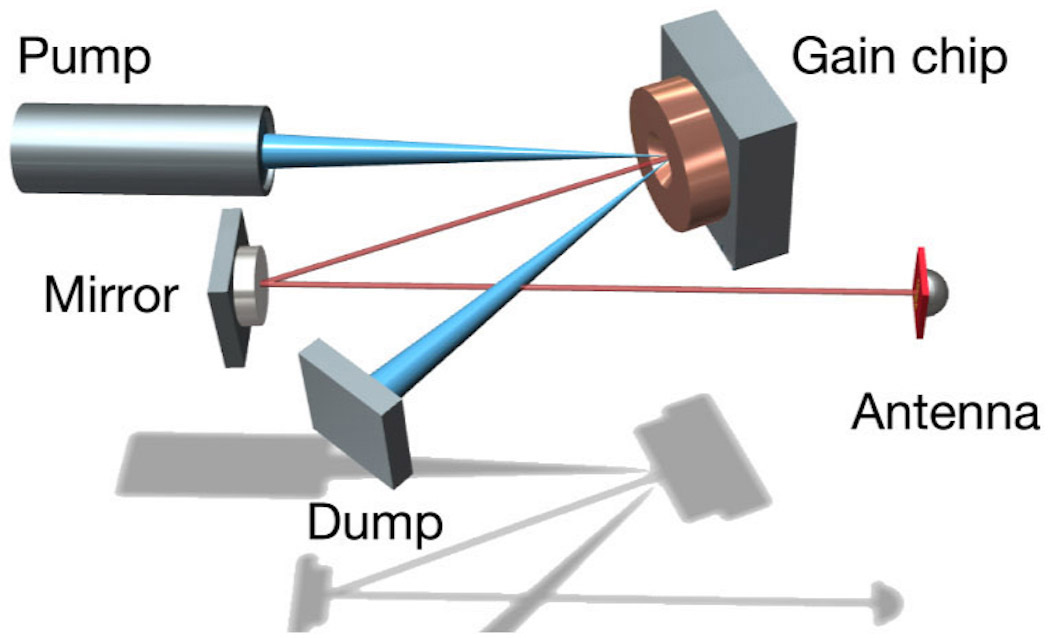 Figure 4. Schematic diagram for the intracavity antenna placement within a vertical-external-cavity surface-emitting laser.

In summary, we have proposed nanoengineered GaAs wafers (with self-assembled InAs QDs) as novel materials for photoconductive THz generation. In our antennas, we keep the carrier mobility as high as in bulk semi-insulating GaAs wafers. In addition, the InAs QDs (typically several nanometers in size) allow pumping with significantly longer wavelengths than with typical antennas. The QDs also serve as photocarrier capture sites and thus shorten the carrier lifetimes of the devices. Furthermore, our MBE-grown wafers have exceptional uniformity and quality, and thus possess nearly perfect thermal efficiency. Our materials can therefore be engineered to allow longer-wavelength and higher-power pumping, as well as ultrafast and tunable room-temperature operation in a compact layout. In our future research we will aim to produce a highly efficient and ultrafast device—without introducing compromises between factors such as carrier mobility, photoconductive gain, resistivity, and carrier lifetime (as would normally be the case with bulk-type photoconductive THz materials)—and ultracompact, electrically pumped, on-chip THz sources.

Edik Rafailov is head of the Optoelectronics and Biomedical Photonics Group. He is the author of more than 400 articles, two books, as well as numerous invited chapters and talks. His current research includes high-power CW and ultrashort-pulse lasers, generation of UV/visible/IR/mid-IR and THz radiation, nanostructures, nonlinear and integrated optics, and biophotonics.