Experimental results from highly scattering media are obtained with a novel refractometer and are contrary to standard theoretical predictions.
02 March 2017
Augusto García-Valenzuela

Despite the confusion surrounding the refractive index of scattering media, for many years researchers have found that the effective refractive index concept is useful, i.e., in many cases it provides physical insight and considerably reduces mathematical complexity. It has also been shown that the effective refractive index can be measured through simple means, if the diffusely scattered field is ignored and only the coherent beam is considered.5–7 In many cases, a liquid (with a turbid appearance) can be introduced into a standard Abbe refractometer and a clear reading of its refractive index can be obtained. In the case of a turbid colloidal suspension, the reading of the refractive index will depend on the amount and type of the particles that scatter the light (and cause the turbid appearance). For colloidal suspensions where scattering is too strong, however, a conventional Abbe refractometer cannot be used to obtain the refractive index because insufficient light is transmitted through the sample.

In recent work, we therefore developed a modified Abbe refractometer to measure the refractive index of highly turbid colloids.8 In our experimental device (see Figure 1) we use a diode laser beam to illuminate the interface between a glass semi-cylindrical prism and a turbid colloid sample (which is in contact with the prism) from the prism side. We also use a simple lens and a CCD camera to measure the angular profile of the diffuse light that is backscattered into the prism, over a critical angle range. 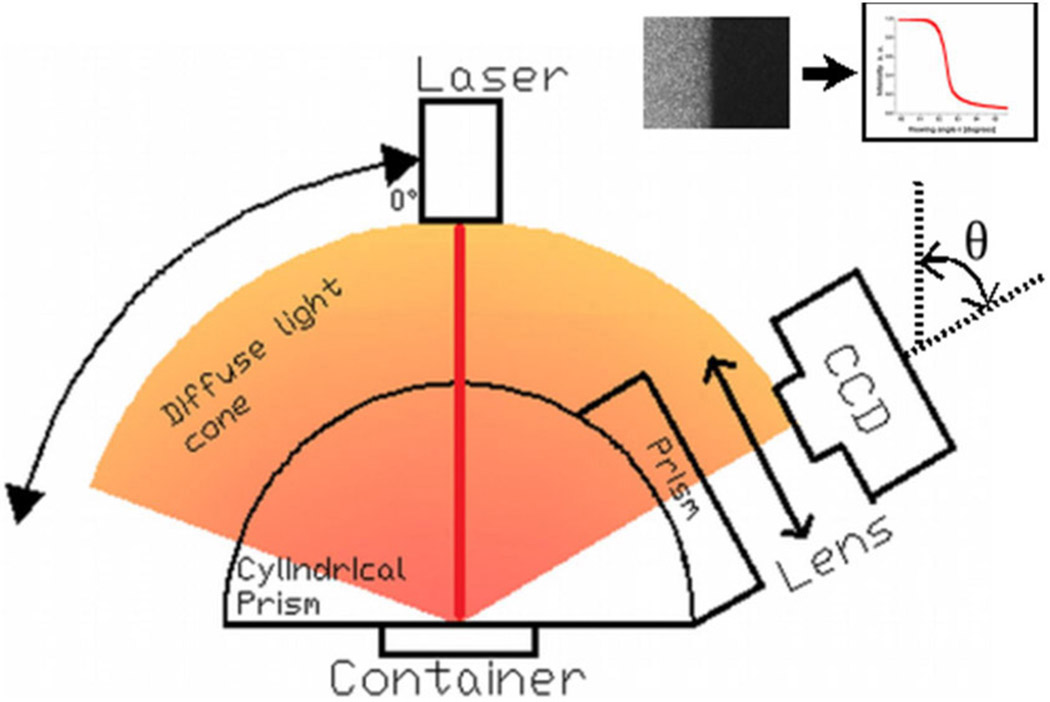 Figure 1. Schematic illustration of the experimental device used to measure the angular intensity profile of diffuse light that is backscattered from a turbid colloidal sample into a semi-cylindrical glass prism. A CCD camera, placed in the focal plane of a simple lens, is used to measure the angular profile and to integrate the image in the direction perpendicular to the plane of incidence. θ: Viewing angle. 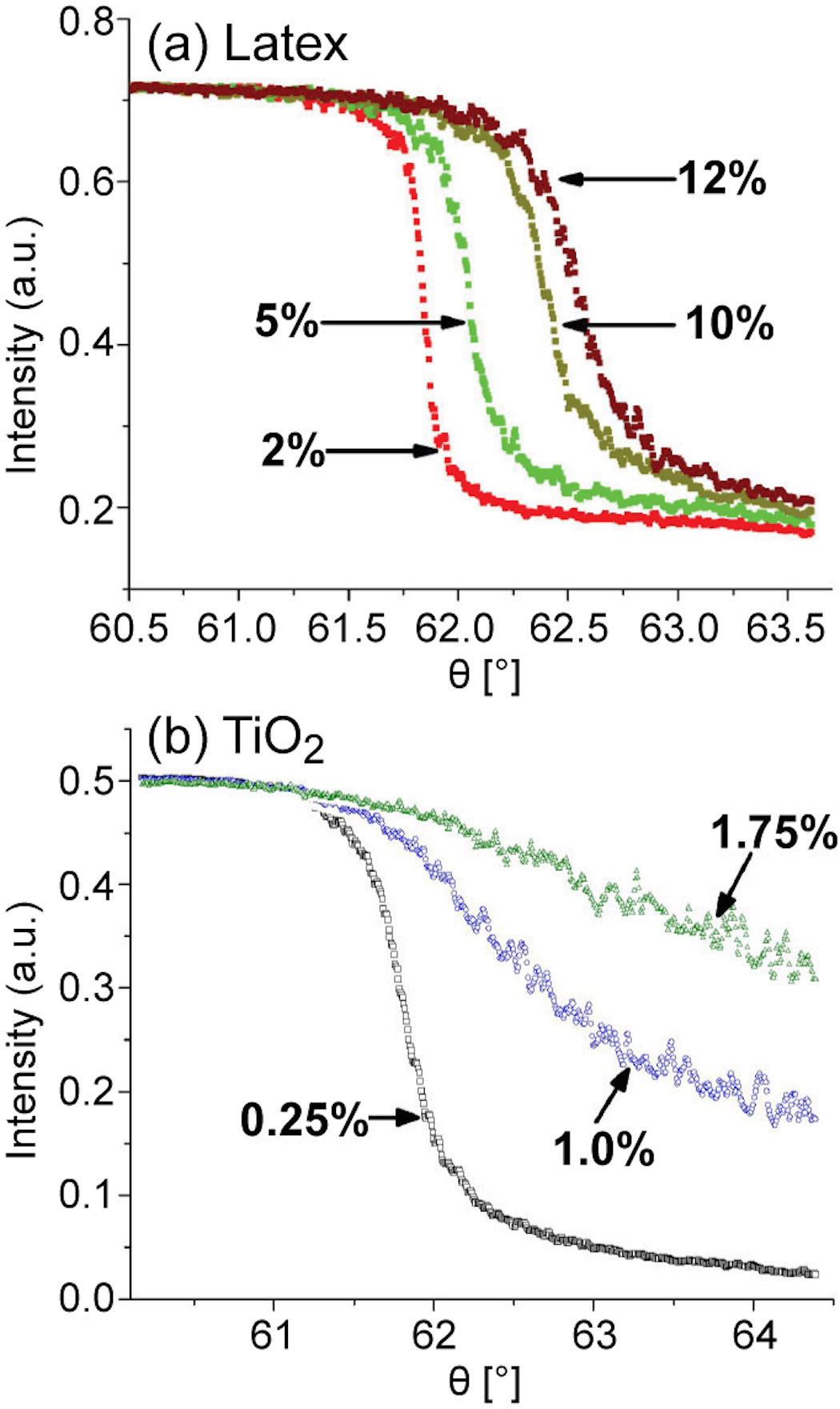 Figure 2. Experimentally obtained angular intensity profiles (as a function of viewing angle) of backscattered diffuse light (at a wavelength of 670nm) across the critical angle for different particle concentrations (indicated) at the interface between a colloidal sample and an optical glass (with a refractive index of 1.51). In (a) the sample is a colloidal suspension of poly(methyl methacrylate), i.e., latex, particles (radius about 225nm) in water and in (b) it is a suspension of titanium dioxide (TiO2) particles (average radius of 120nm) in water. a.u.: Arbitrary units.

From our experimental observations for a latex colloidal solution—see Figure 2(a)—we find that as more of the scattering particles are added to the sample (and keeping everything else equal), the angular profile of the backscattered light is displaced laterally (i.e., the profile shape shifts to higher viewing angles). This is a clear result of a change in effective refractive index. It is important to note, however, that the angular intensity profile is obtained from the diffuse light, whereas the effective refractive index concept has been established only for the coherent component of light in turbid colloids.

Augusto García-Valenzuela received his PhD in electrical engineering and applied physics from Case Western Reserve University in 1996. He has been at UNAM, where he is currently a professor, since 1996. His main areas of research are disordered photonics, electromagnetic optics, and sensors.