Electromagnetic induction (EMI) sensors excel at detecting even small fragments of metal that are buried underground. The sensors work according to the principle that time-varying magnetic fields cause electrical currents to flow in conductive media. These electrical currents, called eddy currents because of their circular path, produce a secondary magnetic field that signals the presence of nearby metal. This mechanism is shown in Figure 1. For many applications, such as landmine detection, establishing the presence of metal alone is not useful because of the ubiquity of metallic clutter. Broadband sensors, which transmit and receive signals over a large frequency band, provide a way around this problem. The additional data collected by these sensors can be used to determine whether a metal target is of interest or not. The broadband data can also be used to estimate the target's orientation and position underground.1, 2 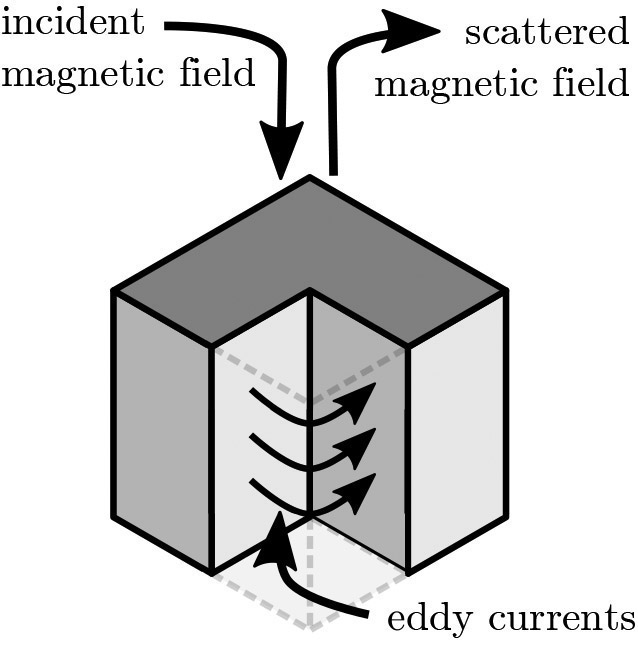 Figure 1. In this cutout of a cubical conductor, an incident magnetic field excites circulating eddy currents, which in turn create a scattered magnetic field.

The main challenge is to make effective use of the broadband data collected by the sensor. The target is characterized by how the flow of eddy currents changes when it is excited at different frequencies. However, the flow of eddy currents also depends on the target's positioning relative to the sensor and its orientation. Creating a dictionary for the responses of each target of interest at each position and orientation is not computationally feasible. A much more attractive approach is to perform a modal analysis of the target so that its frequency response is interpreted as the contribution of several eddy-current modes, each with a corresponding relaxation frequency.3 This is analogous to characterizing the vibration of a string as an excitation of different standing waves.

In order to perform the modal analysis of a specific target type, first a linear system that describes the eddy-current response of the target to a magnetic field is constructed. This system is then decomposed using an eigenvalue solver to find its natural modes and their corresponding relaxation frequencies. Because the linear system is treated as an eigenvalue problem, the nature of the excitation does not factor in the analysis. Once the modes of the problem are known, it is possible to easily find the response of the target to any excitation, at any of the possible orientations of the target relative to the sensor. Since the relaxation frequencies of the target are independent of the excitation, they do not change as the sensor moves over a target. This is an important property that is used for target classification. Additionally, the magnetic dipole moment of each particular eddy-current mode captures all of its scattering behavior within six scalar values.4

We chose to use the finite integration technique (FIT) to model the electromagnetic interactions. FIT is a differential method where Maxwell equations in integral form are applied to a set of staggered grids.5 The linear systems that are constructed are very large and sparse, often with many millions of unknowns. This is because the analysis is three dimensional and because differential methods require that, in addition to the target, a large region surrounding it must be discretized as well. Finding the eigenmodes of these systems is challenging because of the size and structure of the system matrices.

The nature of the problem requires that the smallest eigenvalues of the system be found. Storage and computational constraints mean that finding all the eigenmodes of the system is not possible. Additionally, the formulation of the linear system introduces a large, non-physical null space, which complicates the computation of the system's smallest eigenvalues. Traditionally, these types of problems are solved using a factorization of the system matrices and the application of a Lanczos-based eigensolver that computes only a subset of the eigenmodes. This is not a feasible strategy in this case because of the storage requirements of such a factorization.

Instead, we implemented a Jacobi–Davidson eigensolver, which requires no factorization and which employs a special strategy to avoid the linear system's null space.6, 7 The approach taken also employs a form of domain decomposition that eliminates the degrees of freedom associated with fields exterior to the target. This is a necessary step to avoid the system's null space but it conveniently also reduces the storage requirements for the eigenmodes. Figure 2 shows cross sections of the computed magnetic induction associated with the first eddy-current modes of a spherical and cubical conductor. 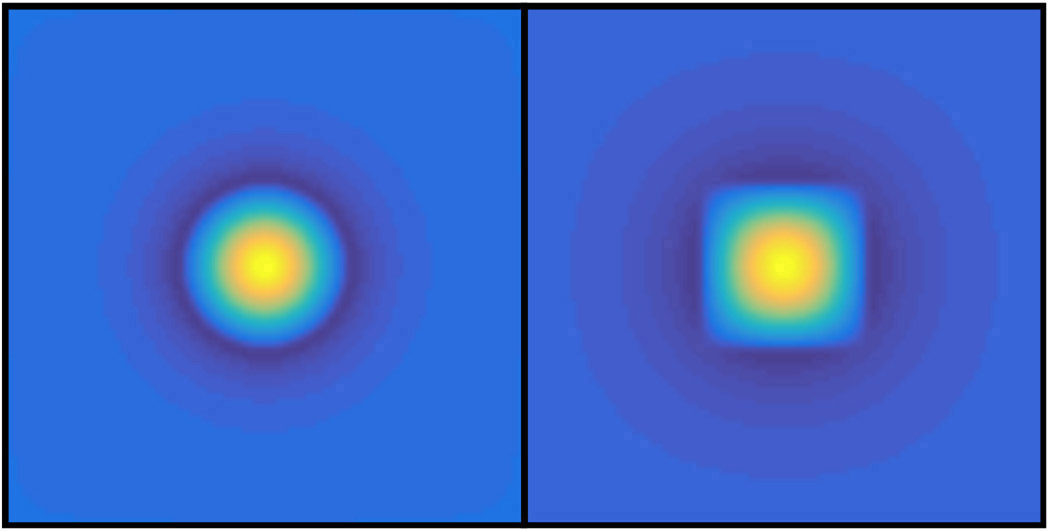 Figure 2. Cross sections of the magnetic induction associated with the first eddy-current modes for a spherical (left) and cubical (right) conductor. The cross section is taken across the center of the conductors.

With this Jacobi–Davidson-based approach, we can derive physical broadband models for conducting objects that can be used for both the detection and classification of buried objects. The use of broadband models greatly aids in minimizing the number of false alarms triggered by benign metallic clutter. In the future, we would like to improve the accuracy of the computed field interactions on the target's exterior, and we would also like to extend this work to permeable targets.

Jonathan Gabbay is a PhD candidate who is studying electrical and computer engineering (ECE). He received his BS (ECE) from Rutgers University in 2009, and his MS (ECE) in 2012 from the Georgia Institute of Technology. His research interests include computational electromagnetics and numerical linear algebra.

Waymond Scott Jr. is the Joseph M. Pettit Professor in the School of Electrical and Computer Engineering. His research involves the interaction of electromagnetic and elastic fields with materials. This research spans a broad range of topics, including measurement of the properties of materials, experimental and numerical modeling, and systems for the detection of buried objects. He is an IEEE Fellow and has been awarded several best-paper awards.