High-power lasers are advancing rapidly due to the steady decrease in the cost of laser diode input power and growing demand from industry and defense. Indeed, a number of large-scale applications in space vehicle propulsion,1 laser-driven particle accelerators,2 power beaming,3 and space debris removal4 are reliant on developments in high-average-power laser technology. Although average laser powers up to 105–106W have been achieved using fast-flowing gas laser media, the more practical all-solid-state alternatives have struggled to compete due to their higher susceptibility to nonlinear effects, particularly those that are thermal in origin. Furthermore, the most successful gain media are typically based on a few materials such as ytterbium (Yb)- or neodymium (Nd)-doped glass fibers or crystalline slabs that have emission wavelengths near 1μm. Hence, alternative gain media that have advantages in power handling, beam conversion, and wavelength diversity (e.g., see Figure 1) are of great interest. 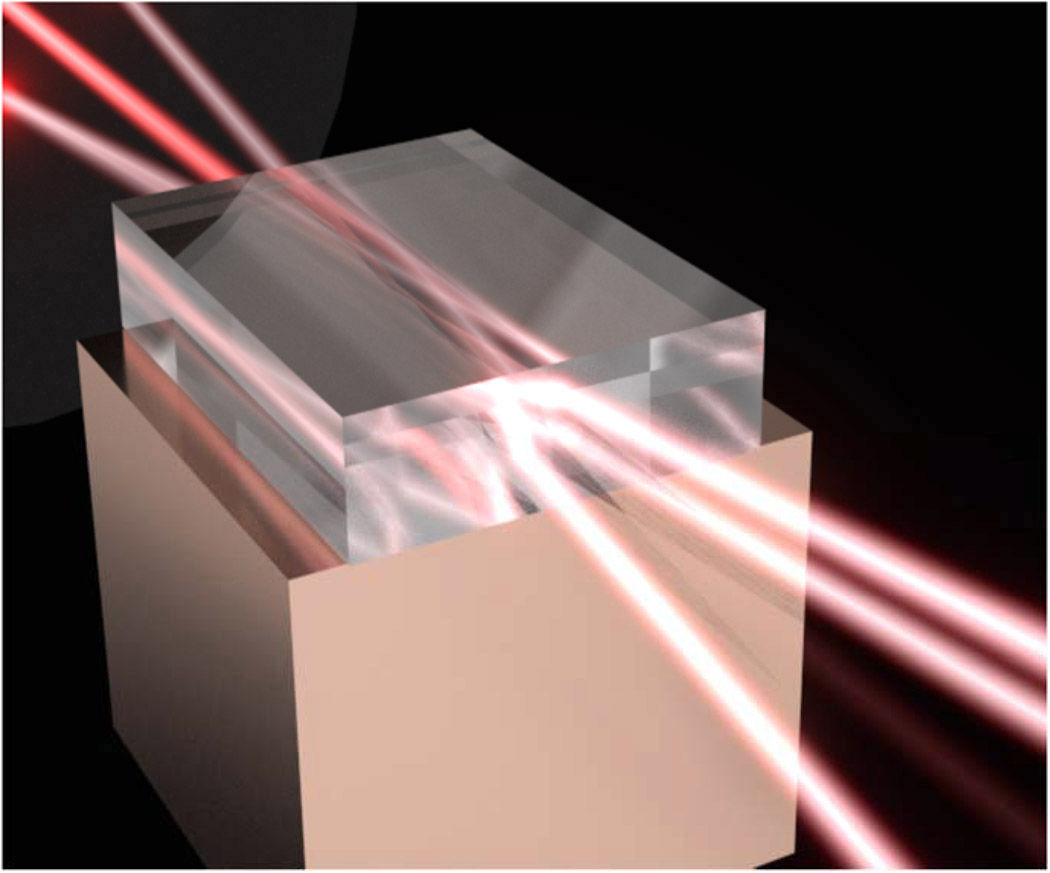 Figure 1. Three beams are brought into a single-crystal Raman amplifier (from bottom right of image) to transfer power to a Stokes seed beam.

Although the high thermal conductivity (see Figure 2) and wide transparency range of diamond set it apart as a highly attractive laser host, it is not amenable for doping with fluorescent ions due to its tightly packed lattice structure.5 On the other hand, it has a high cross section for Raman scattering that opens up avenues for lasers based on stimulated scattering.6 As a Raman laser gain medium, it has distinct advantages compared to inversion lasers such as the ability to provide gain across an extremely large wavelength range—according to the pump laser wavelength—and with increased output wavelength choice by the cascading option of the Raman wavelength shift, which is 40THz in the case of diamond. High-purity diamond that is well suited to Raman laser applications is currently available as a result of advancing synthesis techniques. However, Raman lasers are generally challenging to make efficient due to the intense and coherent pumping required to drive the third-order nonlinearity, whereas the ability to use low-coherence pumps is critical to increasing laser power. 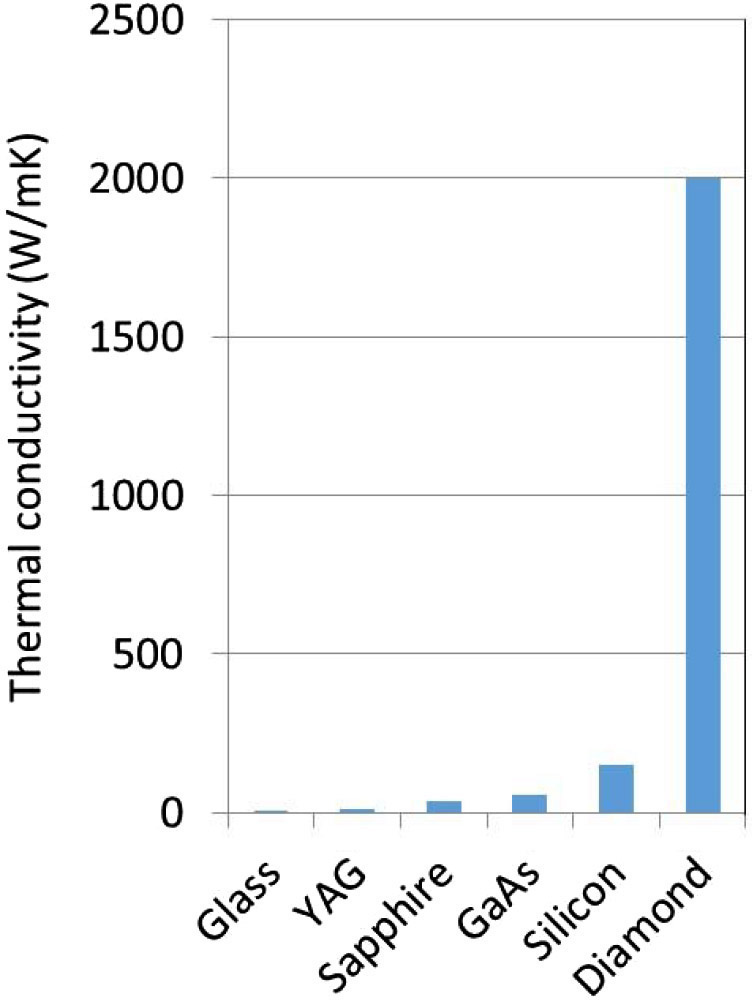 Following recent demonstrations of brightness conversion of a low-beam-quality input beam in a diamond Raman laser,7 we are now extending the concept to pumping using multiple inputs: so-called Raman beam combination (RBC). In contrast to the pioneering RBC research that was largely performed in fluids,8, 9 diamond has a relatively large Raman linewidth that enables a reduction in the coherence constraints on the input beams.10 In practice, the reduced constraints enable input pumps of free running linewidth less than 40GHz to be used in a non-collinear arrangement without seriously compromising the gain.

To demonstrate RBC in diamond, we brought three mutually incoherent input beams of kilowatt peak power (see Figure 3) to a focus of radius approximately 30μm in a 9.5mm-long crystal to amplify an on-axis seed input beam at the Stokes frequency. The input beam was amplified by a factor of 2.1 to 8.8kW and without degradation in beam quality. The power transfer efficiency, defined as the power added to the beam by the amplifier divided by the integrated input power, was 68.5%. The remaining 31.5% closely matched the residual power in the pump beams after passage through the amplifier and the energy defect of the Stokes process. Hence, we deduced the losses to be negligible. At the peak of the input pulses, more than 79% of each pulse was depleted by the amplifier. These results bode well for diamond enabling highly efficient RBC of non-collinear kilowatt pumps.

Figure 3. Images showing the profiles and layout of the three input pump beams (1, 2, 3) and the amplified seed output profile.

Our work to date in RBC has exclusively involved nanosecond pulses at 1kHz with the aim of elucidating the underlying principles that determine efficient power transfer to the seed beam in the stationary Raman regime. We found that the optimum input separation angles are determined by several factors, including the Rayleigh range of the interaction and the avoidance of parasitic loss by four-wave mixing.

Critical to practical high-power applications is the ability to sustain the process for longer pulses and higher duty cycles. Thermally induced stress fracture, birefringence, and lensing are potentially important considerations. The greatest risk to high-average-power operation is predicted to be a consequence of the relatively high thermo-optic coefficient for diamond.11 Presently, the fundamental processes responsible for heat deposition are not well understood, and as a result calculations for the thermally induced lens strength contain large uncertainties. To date, however, diamond laser average output powers up to 0.38kW have been demonstrated without degradation in slope efficiency and beam quality for periods much longer than the thermal time constant.12 With added potential to further improve the thermal properties of diamond at lower temperatures and isotopic impurity levels, there is great possibility for developing high brightness diamond lasers and amplifiers with average powers well beyond the kilowatt range.

In summary, diamond is a promising solid-state material for enabling combination of high-power beams via the Raman nonlinear interaction. We have demonstrated combination of the three non-collinear kilowatt mulitimode beams with a transfer efficiency of 68.5% to a high-quality output beam. The next step is to investigate the concept for higher duty cycles or continuous wave beams.