Holograms are recordings of light formed by the interference fringe between object and reference light beams. They enable the display of fully 3D images, and have applications in 3D displays, computer memory, and microscopes. As part of our recent research into holographic head-mounted 3D display and quantitative phase microscopy,1–3 we have produced a high-directional LED lighting device known as HOLOLIGHT.4, 5 Currently, high-directional lighting is achieved chiefly using laser technology. However, our approach offers a safer method of achieving high-visibility displays.

Our device emits a high-visibility light that appears parallel. We achieve this through the use of a combined high-brightness LED and a lens, which are both enclosed in the same packaging. Light emitted by the LED is expanded and imaged by an optical system such that the expanded light behaves like parallel light (see Figure 1). It is therefore possible to achieve the light intensity distribution of rectangular pseudo-parallel light. Our LED system manipulates the expanded image with optics to enable the formation of light patterns as squares, circles, lines, and arches (see Figure 2). These patterns, whose shape is determined by the shape of the LED emitter, can be used in inspection, on stage, and in architecture, road safety, art, and entertainment. 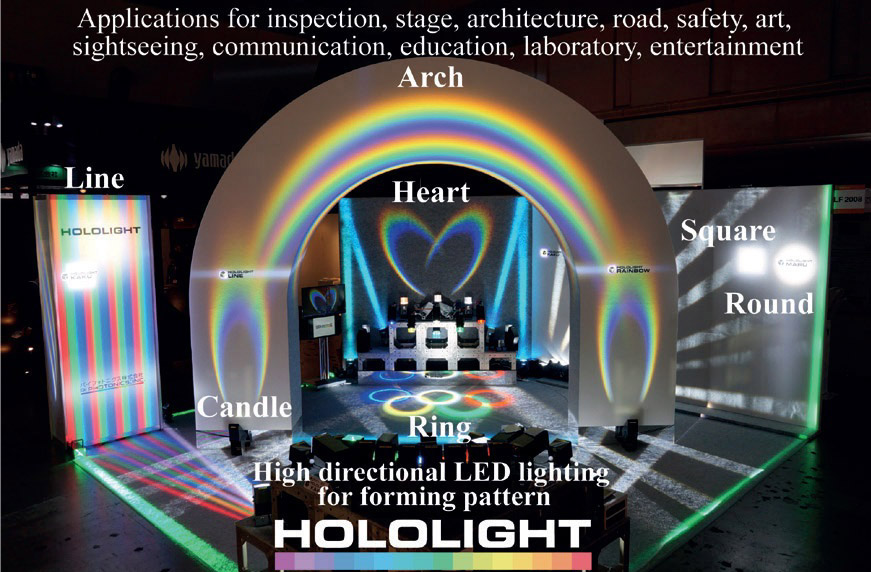 Figure 2. Examples of the square, round, line, and arch-shaped lighting patterns that can be achieved using the LED lighting device.

HOLOLIGHT gives out light with high directivity, and enables the formation of arbitrary light patterns at a distance, in a way analogous to pixel art. The size of the image is proportional to the distance of the lens from the projection plane, and the divergence angle during imaging is narrow (∼1°). Using such a system, it is possible to produce an image of 20cm2 at a distance of 10m from the projector. We call the resultant image a ‘ multipoint’ light pattern. We demonstrated a multipoint lighting event with 300 devices at Mount Ookusa at Hamamatsu Kanzanji in 2009. On that occasion, the irradiation distance was 500m (see Figure 3).

It is possible to form linear light using pseudo-parallel light when the latter is obliquely incident on a plane and reflects back from it (see Figure 4). The line length depends on the incident angle. This system enables a light pattern that could be used for wall washer lighting. Another approach for the formation of linear lighting patterns is to apply a refractive optical element. In our system, the refractive optics expand the pseudo-light in one direction. When the light takes a square form, the refractive optical element modifies the light so that it assumes a sharp rectangular shape (see Figure 5). We are able to change the length of the light beam by altering the focal distance of the optical element. The system can light up the area around it (in a way that obliquely incident light cannot), and is easy to set up in a variety of environments. For these reasons, it is ideal for the projection of display lines on a road for safety purposes.

Figure 4. Achieving linear lighting by irradiating a plane at an oblique angle.

Figure 5. Diagram showing how lighting effects can be altered through the use of refractive optical elements. For example, a square light can be made rectangular.

In summary, HOLOLIGHT makes use of light from LEDs to form various shapes though the use of an optical expansion system. The resultant lighting patterns have several real-world applications in road safety, displays, and entertainment. In future work, we will seek to apply HOLOLIGHT in further safety and entertainment applications where the reduction of light pollution is paramount.

Takahiro Ikeda established Pi Photonics in 2006. His main research interest is enabling applications of HOLOLIGHT in safety, entertainment, and architecture.