Handheld devices universally require the capability to switch images between landscape and portrait modes, and thus a similar function is also required for 3D displays. Using a conventional pixel arrangement, however, will result in color moiré in the 3D display in at least one of the modes (landscape or portrait).1–3 To alleviate the problem, we have developed a display panel that has the following pixel arrangement: horizontal and vertical pixels × time-density pixels (HV×DP) (see Figure 1). Using this approach, we were able to suppress color moiré generated in the display image. 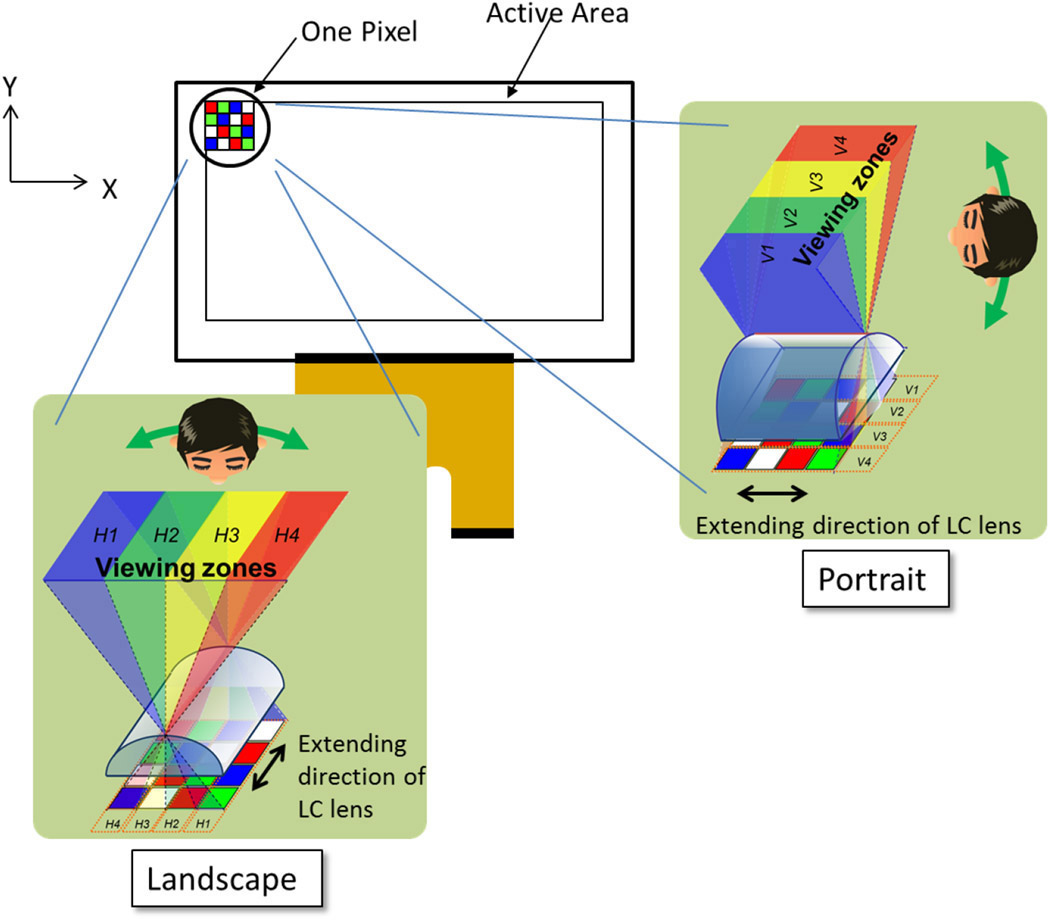 In our setup, one pixel comprises 4×4 subpixels of four primary colors, which we arranged so that the colors did not overlap in either the X or Y directions. We placed each of the lens array elements at a position corresponding to each pixel, and input the viewpoint images to the respective subpixel groups H1 to H4 in the landscape, and to subpixel groups V1 to V4 in the portrait. In this arrangement, the neighboring subpixels in each pixel are different colors. The array pitches of the subpixels are uniform for two directions, and the probability of there being subpixels of different colors is the same for both directions. The result is suppression of color moiré in the display image.

To test the optical characteristics of our approach, we evaluated a 4-inch HV×DP panel combining an LC lens and a static lens. To enable switching between landscape and portrait lenses, the lower substrate of the LC lens is equipped with electrodes EL1 and EL2 for landscape, and the upper substrate with electrodes EL3 and EL4 for portrait (see Figure 2). The pitch of both lenses is 146.9μm. First, we measured the luminance profile of the combined 4-inch HV×DP panel and static lens. The focal length of the static lens is almost the same as the distance between the lens and the pixel. We selected two-view mode and input the first viewpoint image (black or white) into H1 and H2, and the second (white or black) into H3 and H4. As shown in Figure 3(a), the luminance dramatically decreases at around 4.7° and −5.6°, respectively, which corresponds to the effect of the wide black matrix between the H1 and H2 groups, and the H3 and H4 groups in the pixel. Therefore, the 3D moiré is large, at 94.5%. In contrast, the 3D crosstalk minimum value (3D-CTmin)4, 5 is low, at 0.62%—as shown in Figure 3(b)—due to the focal length setting. 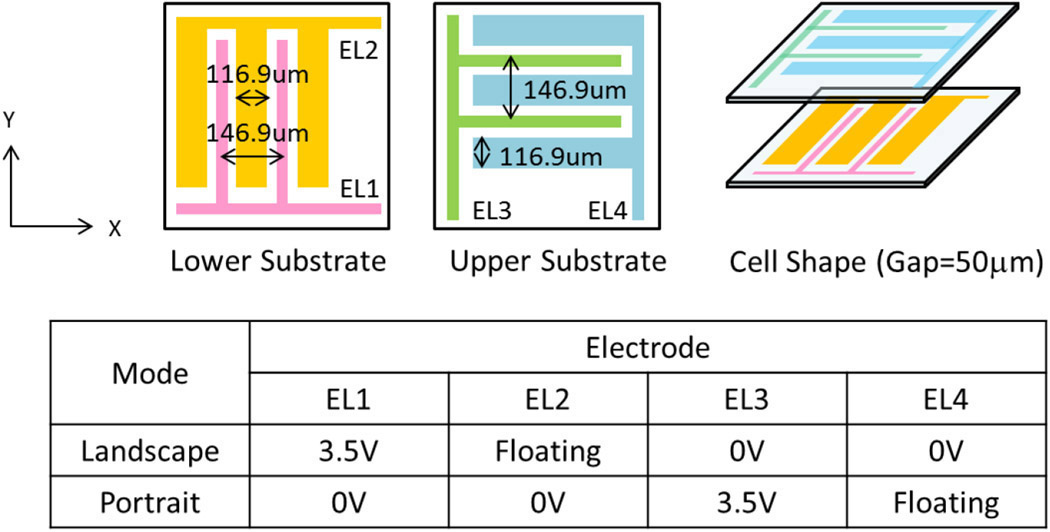 Figure 4. Lens properties of the two-way LC lens, which was designed to have two focal lengths to reduce 3D moiré.

Figure 5 shows the 3D characteristics—including 3D moiré and 3D-CT—for the combined two-way LC lens and an HV×DP panel. The 3D characteristics in the landscape format are almost the same as those in the portrait. The 3D moiré is reduced from 94.5% to less than 30% for each format, and we can achieve a 3D-CTmin of 5%. Figure 6 shows photographs of images in two-way multiview landscape and portrait, made possible through use of the 3D image of two views combined with a two-way LC lens. 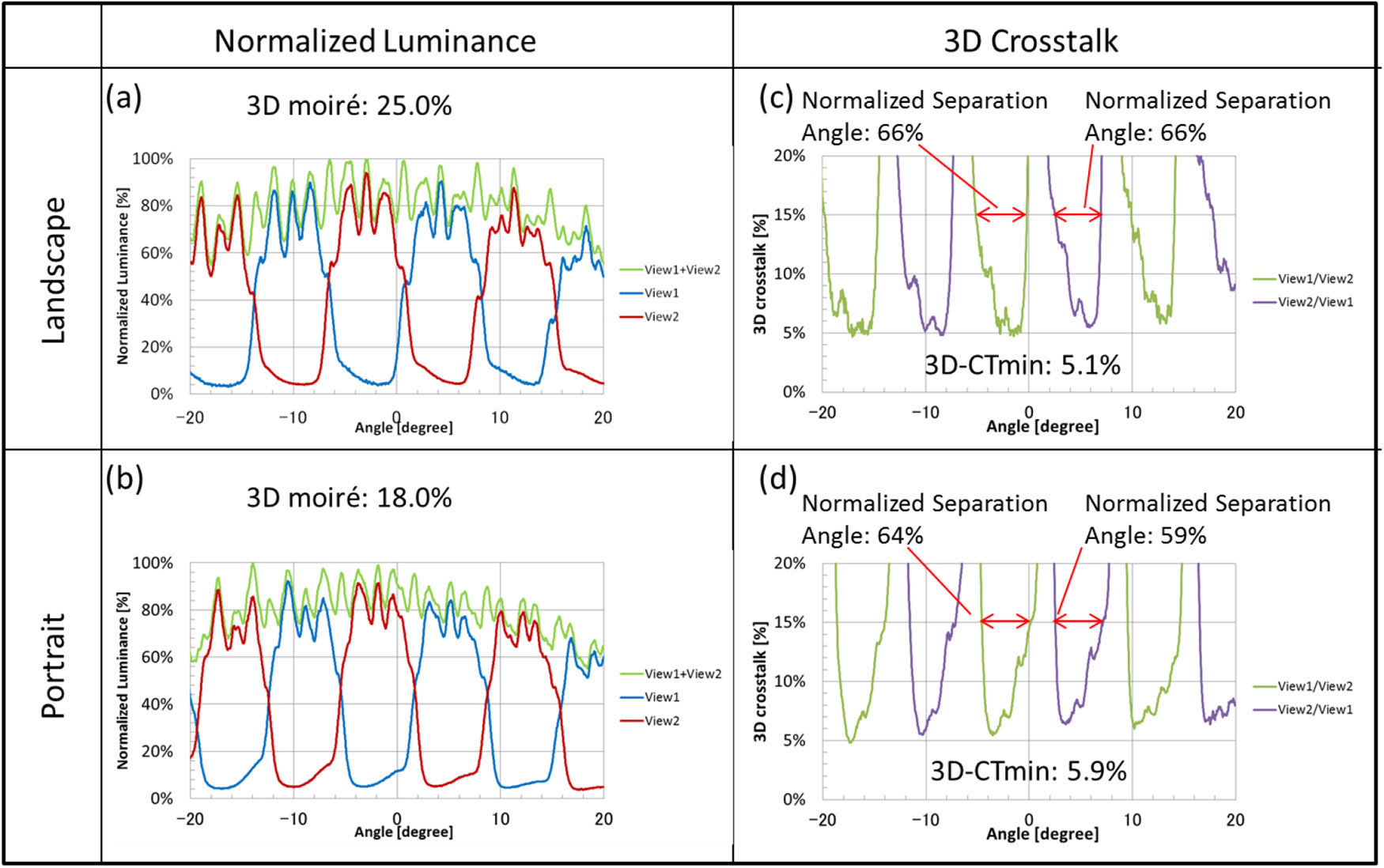 Figure 5. Measurement of 3D characteristics of the combined two-way LC lens and HV×DPpanel for landscape and portrait displays. 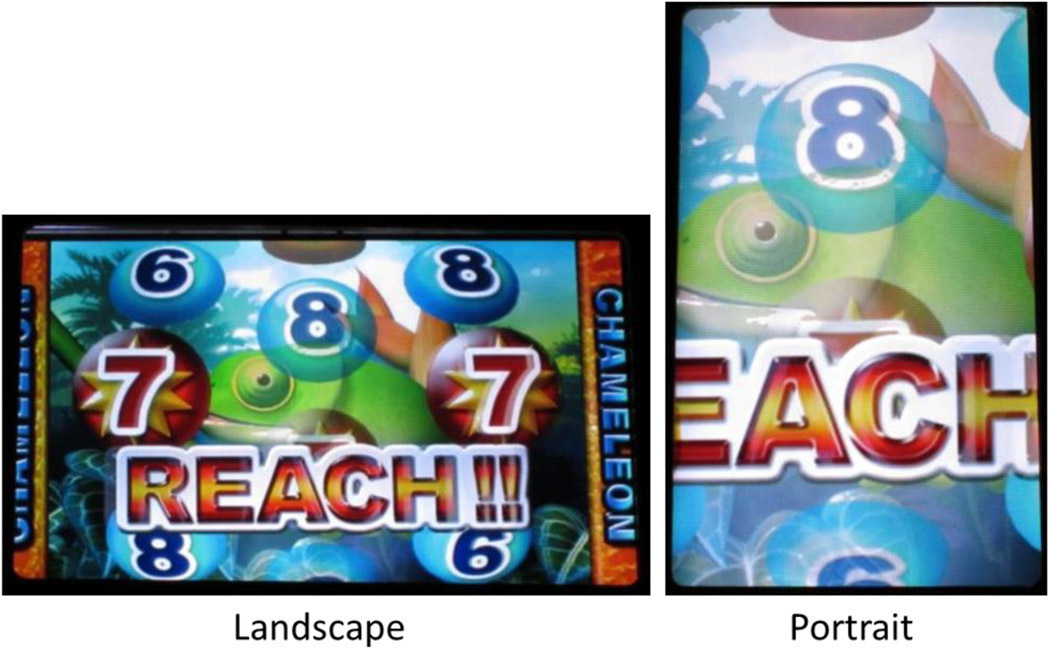 Figure 6. Photographs of the same image landscape and portrait taken using 3D images of two views and combining these with the two-way LC lens and HV×DPpanel.

In summary, we have developed a two-way multiview display that is based on an HV×DP arrangement, and features reduced color moiré for both landscape and portrait. We have realized suitable 3D properties to achieve a good balance between 3D moiré and 3D crosstalk for landscape and portrait through the use of a two-way LC lens that has different focal lengths for the edge and center of the lens. The combination of a two-way LC lens and the HV×DP panel is well suited to 3D panels for handheld terminals. In future work, we plan to develop a new display panel that uses our LC lens.

Koji Shigemura received his BE and ME in precision mechanics from the University of Tokushima, Japan, in 1990 and 1992, respectively. His research focus is on flat panel display technology. He is manager of the research and development department.