One of the most effective methods of improving telescope resolution is to increase the diameter of the primary mirror. It is challenging, however, to fabricate very large diameters with complex surface shapes. For example, milling and polishing of the mirror surfaces can take months or years. The ceramic material, silicon carbide, is widely recognized as a high-performance material for optical mirror applications because of its favorable mechanical and thermal properties (see Figure 1). Despite the lightweight nature and good optical qualities of this material, however, it is not clear how to make optimum use of it in large telescopes. 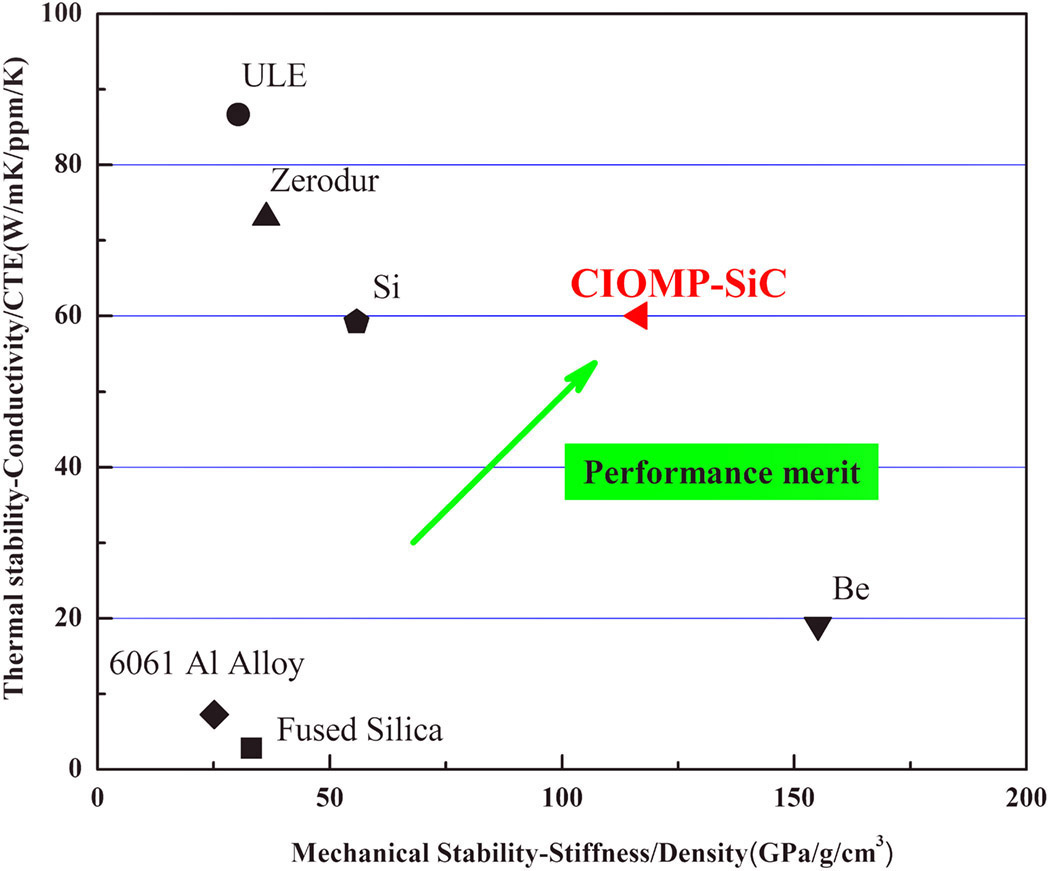 In the next phase of our work, we considered how to prepare a silicon carbide ceramic green body (the blank formed from dried silicon carbide slurry). For this effort, we based our solution on ceramic gelcasting technology (a process that is derived from traditional ceramic- and polymer-forming chemistry).6 We polymerized a monomer solution and cross-linked it to form a polymer–water gel that immobilized the ceramic particles. We then dried the solution, burned out the binder material, and sintered it to produce the ceramic component.

However, the use of gelcasting technology to prepare the mirror green body can be difficult, because of the complex shape and large diameter required for a telescope. To address these challenges, we investigated the use of lost foam—which disappears after the slurry is placed in the mold—to make a silicon carbide green body with a partially closed back (i.e., which has better rigidity than an open-back structure). We studied a formula for a silicon carbide slurry that had a high solid content and low viscosity, and which induced less than 1% linear shrinkage in the green body after drying. We also considered how to control the length of time it takes to fill the mold with the slurry before the slurry starts to gel. Using the results of these studies, we thus prepared a 3m-diameter silicon carbide ceramic green body with a partially closed-back structure. Our silicon carbide mirrors produced in this way (see Figure 2) have been used in Jilin-1, China's first remote-sensing satellite for commercial use. 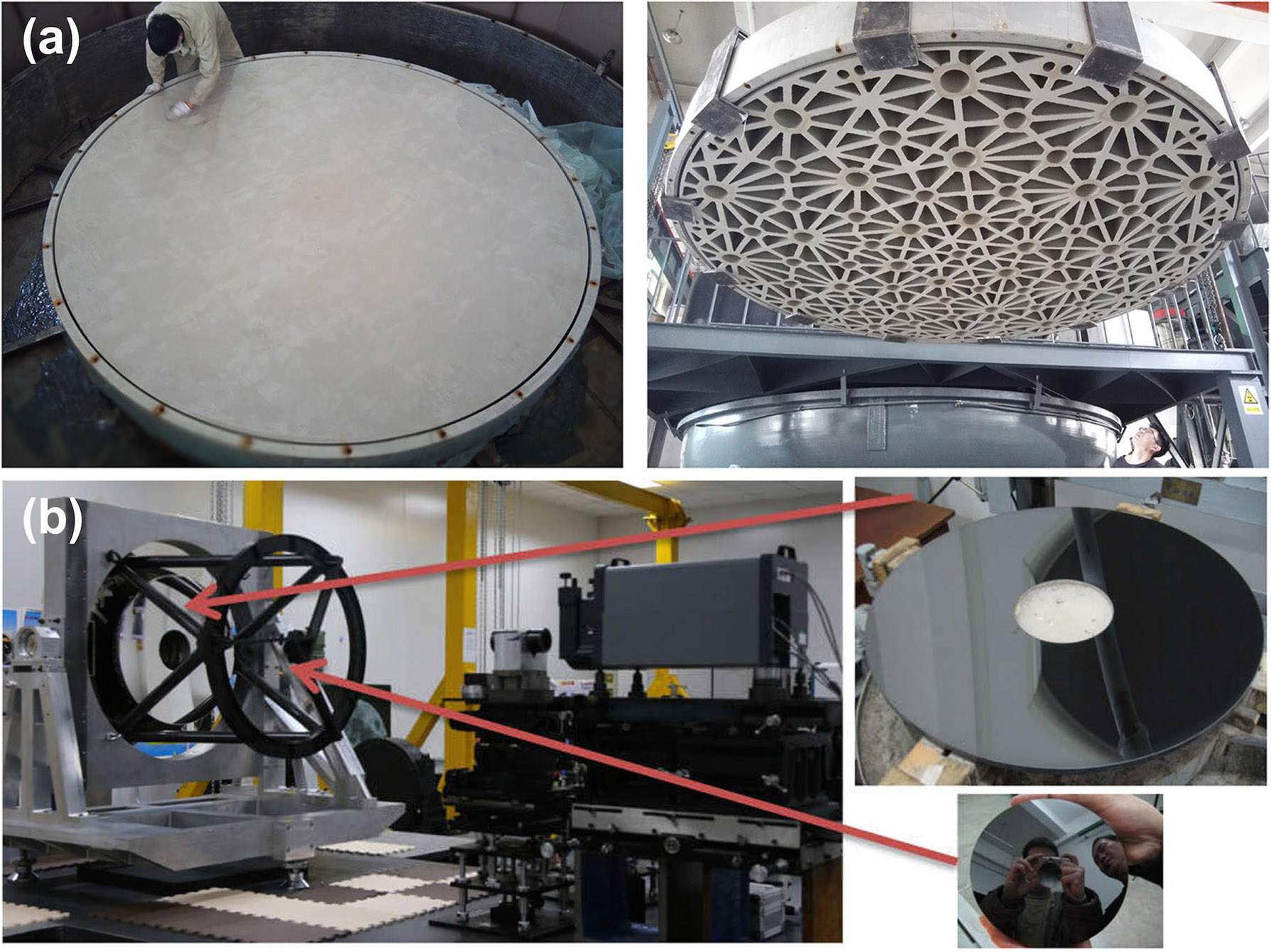 Figure 2. (a) The 3m-diameter silicon carbide (SiC) green body. (Left) The body's surface. (Right) The rear of the body, showing the partially closed structure. (b) The Jilin-1 satellite, which includes the SiC primary mirror with diameter of 0.624m (shown top right) and a secondary mirror with a diameter of 0.14m (shown bottom right).

To create an even larger mirror, we investigated the use of reaction-formed joint technology.7 In large-scale mirrors, the joints between mirrors must have good mechanical strength and environmental stability that are comparable with the bulk materials (the monolithic silicon carbide green body). To achieve this, we joined silicon carbide green bodies with a slurry of silicon carbide particles, phenolic resin, and carbon black.8 We then cured and sintered the resulting connected green body. During sintering, the molten silicon reacts with carbon to form silicon carbide, and the pores in the green body and the joints are filled by the residual silicon, thus making the connected green body dense. Our test results showed that the microstructures of the joints were the same as those of the bulk materials (see Figure 3). 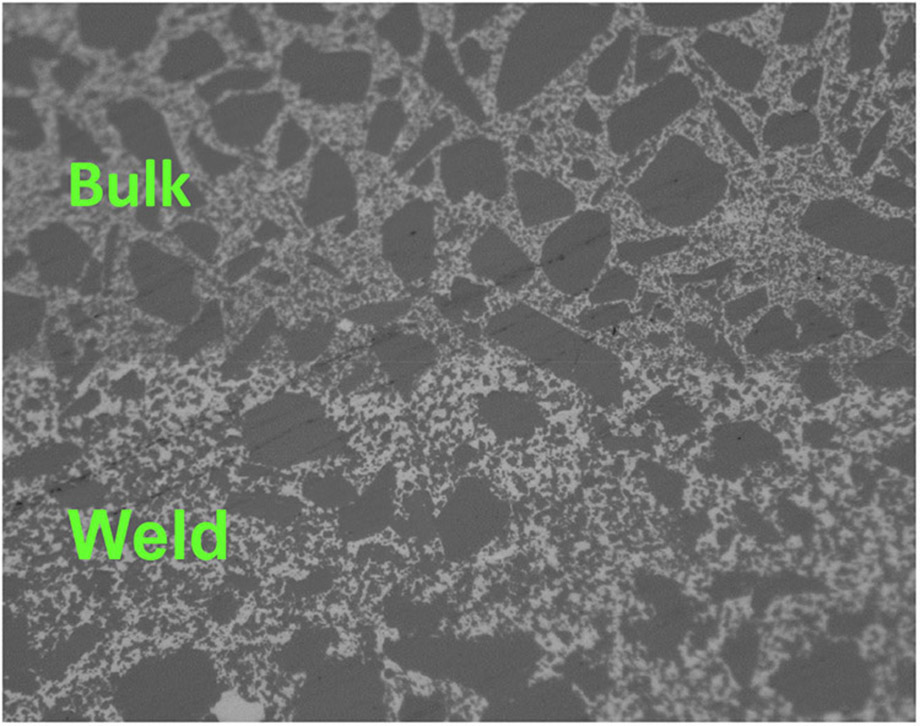 Figure 3. Scanning electron microscope image of the microstructure of the welded and bulk SiC ceramic.

Using this technology, we have fabricated a silicon carbide mirror with a diameter of 2.04m (see Figure 4). After polishing, the root mean square value of the mirror's surface shape was about λ/50 (where the wavelength, λ, was 632.8nm). In addition, in March 2016, we produced a 4.03m-diameter silicon carbide mirror blank with a mass of about 1704kg (see Figure 5). This is currently the largest blank in the world. Milling of this blank is still in progress, and we expect polishing to be complete within two years. When completed, the mirror's surface roughness and shape accuracy will equal those of the 2.04m mirror. 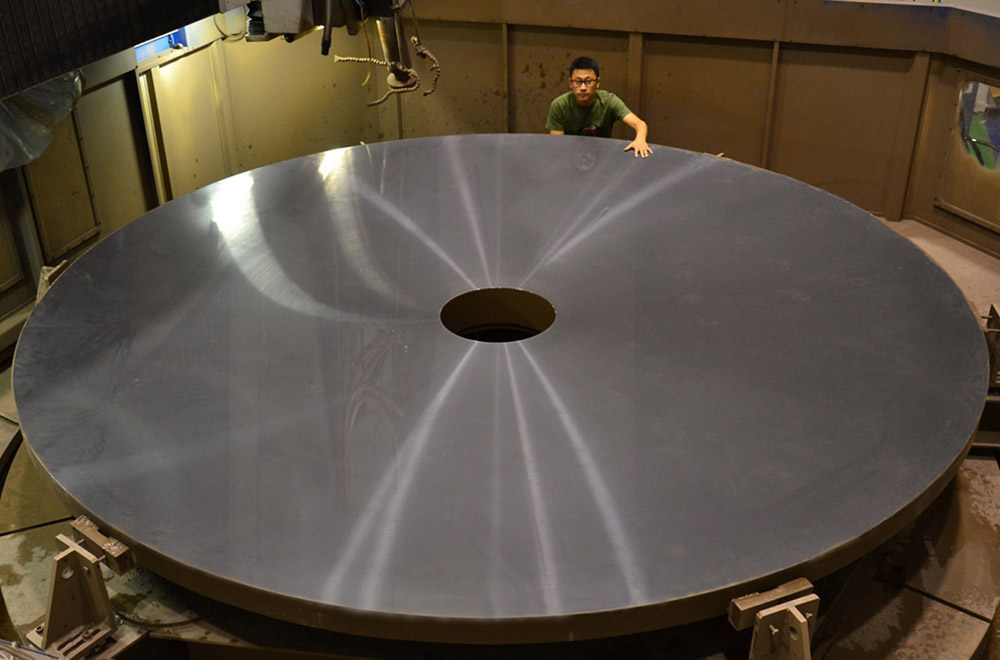 Figure 5. The 4.03m-diameter SiC mirror blank during the milling process.