Interference lithography for mastering and nanoimprint lithography as a microstructure replication technology offer scalability for applications in photovoltaics as well as lighting and displays.
19 July 2016
Benedikt Bläsi and Hubert Hauser

The patterning of surfaces on the micro- and nanoscale is of importance in markets such as solar cells and display technologies. Optical effects related to such surfaces include the manipulation of light propagation, reflection, and absorption. Industrial fabrication requires scalable, high-resolution patterning techniques. However, conventional approaches such as electron beam lithography are not feasible for large areas. Conversely, scalable processes such as micromachining do not offer the resolution and freedom needed for structure geometry. We are working on interference lithography (IL) and nanoimprint lithography (NIL) as a means to an industrially feasible technology for pattern replication.1

In IL, coherent laser beams are superimposed on a sample. The resulting interference pattern is applied to expose photoresist. After wet chemical development, a surface relief structure is generated as a function of the interference pattern.2, 3 One of the main advantages of IL is the broad range of structures and dimensions that can be produced. Figure 1 shows examples of achievable structures in photoresist. Another key strength of IL is that very large areas can be patterned seamlessly. The largest sample area we patterned with a diffraction grating had a size of 1.2×1.2 m2 (see Figure 2). 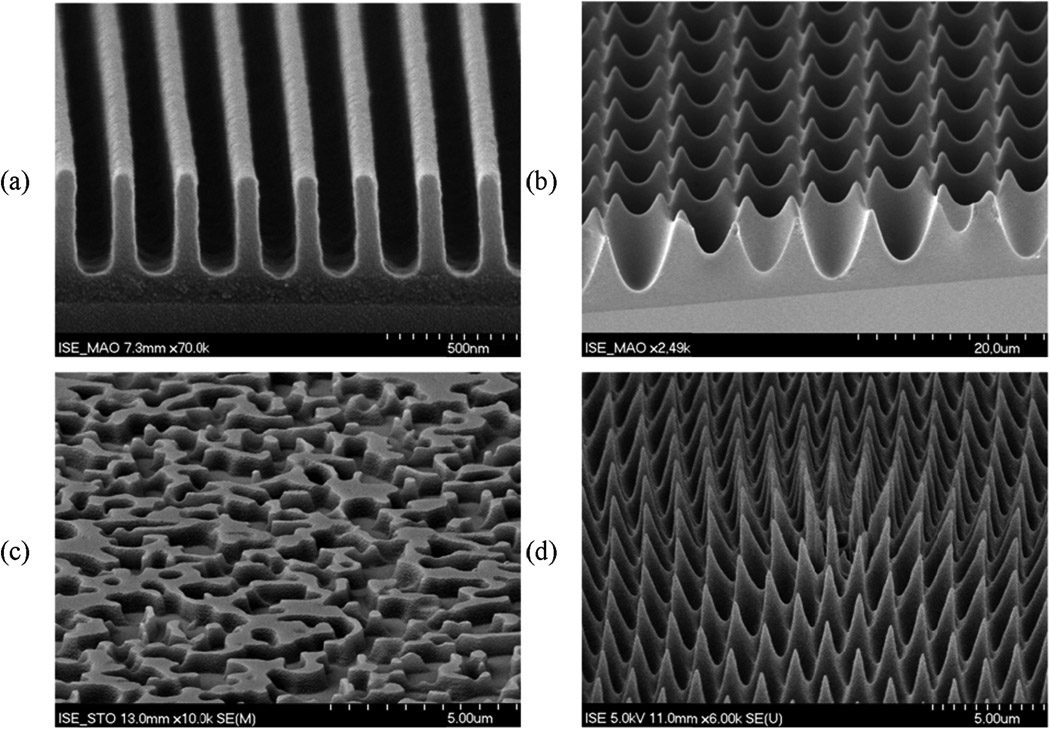 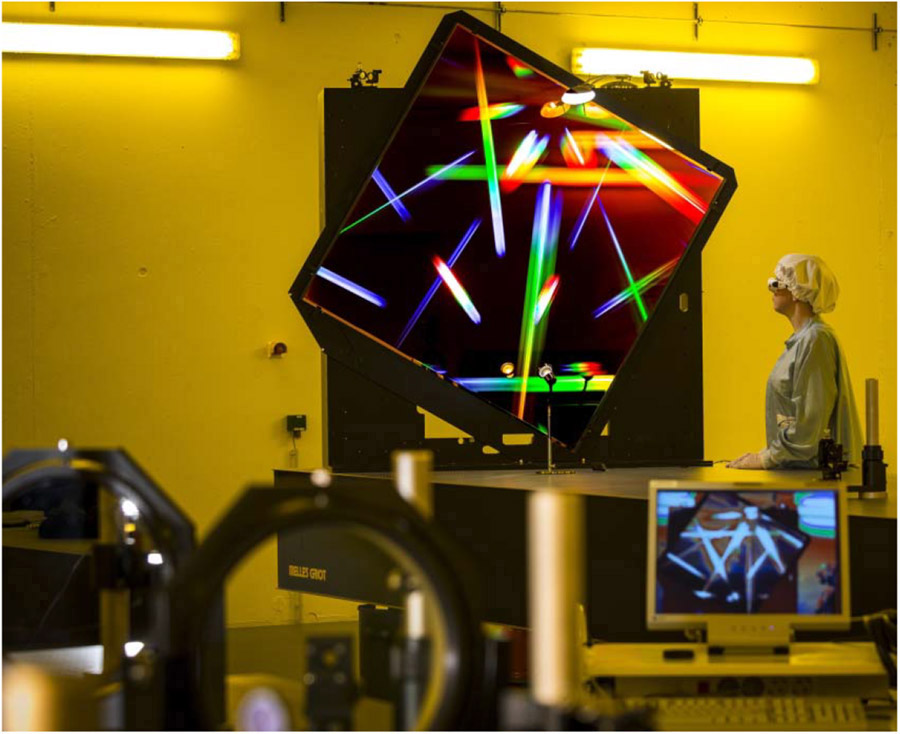 Figure 2. IL lab with a diffraction grating of size 1.2×1.2m2, re-mounted in the sample holder after exposure and development.

To replicate the master structures generated by IL, we use UV nanoimprint lithography (UV-NIL), in which the imprinted resist is cured by UV radiation, to produce multiple structured samples. Examples include commercially available Smart-NIL™ tooling (EVG, St. Florian am Inn, Austria) integrated into a mask aligner4 and our own roller-NIL tooling, which is very well suited for imprinting on extremely thin silicon wafers.5 Soft stamp materials enable us to pattern large areas homogeneously. Depending on the feature size desired, we use either soft stamps made of standard polydimethylsiloxane (PDMS) or composite stamps with a hard PDMS top layer suited for high-resolution structures.6 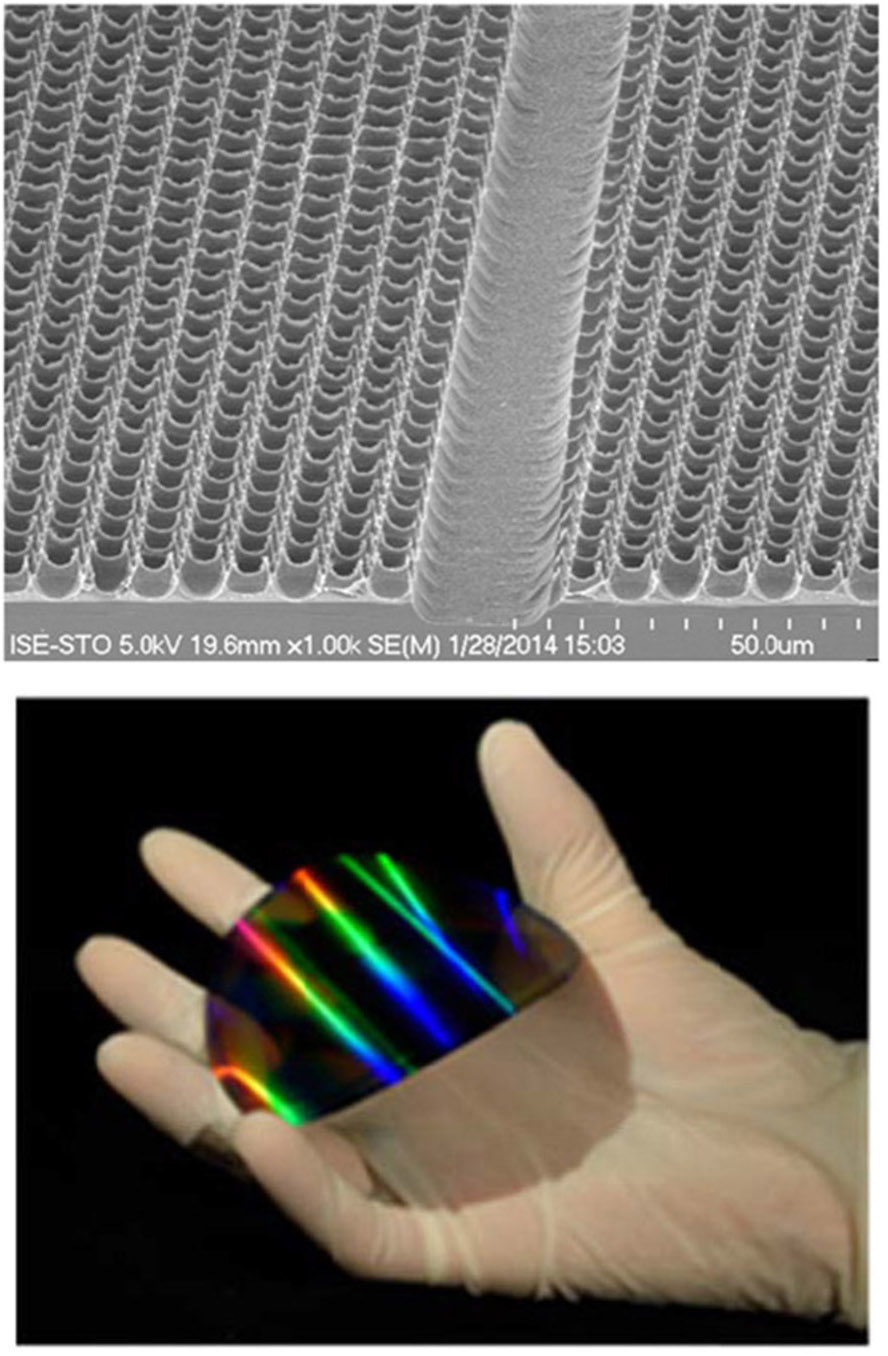 Figure 3. Top: Scanning electron micrograph showing the honeycomb-textured surface of a multicrystalline silicon substrate. Spacing for a contact finger had previously been introduced into the master structure. Thus, both features—the honeycomb texture and the geometry for the contact grid—are defined in one nanoimprint lithography step. Bottom: Photograph of an imprinted crossed grating with a pitch of 1μm on a 50μm-thick 4-inch monocrystalline silicon wafer. The bowing of the wafer highlights its flexibility. In both cases the primary mastering was done using IL.

Another optical concept, relying on smaller periodically arranged features, is rear side diffraction gratings to enhance internal light paths and, therefore, light trapping in solar cells.8 The period of the grating was chosen to be 1μm.9 A separate publication details the entire process chain for solar cell fabrication, as well as the embedding of the patterning processes and results.10 This concept of rear side gratings is especially interesting for very thin solar cells, as they suffer from incomplete absorption in the near-IR range. As a result, light trapping gains importance. We have demonstrated this theoretically and experimentally for solar cell thicknesses of 250, 150, and 100μm.10 We succeeded in patterning etching masks for rear side gratings on wafers as thin as 50μm using the Smart-NIL as well as the roller-NIL tooling we developed in house (see Figure 3, bottom).

Generating wire grid polarizers for display applications requires structures with periods of no greater than 100nm on large areas. Although double-patterning techniques have been shown on small areas, large-area processes have so far not been available. We showed that IL is capable of producing seamless periodic patterns up to the square-meter scale. Successful double patterning requires an adequate deposition technology as a next process step. To open up a scalable process route, we are investigating a sputtering tool that is capable of processing sample areas of up to 1.5×4 m2. Large-area plasma etching can also be carried out using the same tool.

In summary, we have shown IL and NIL to be versatile large-area patterning techniques. As application examples, we described solar cells and very high resolution structures for wire grid polarizers. We will continue to work on these processes to improve solar cells and to generate master structures with periods of around 100nm on large areas.

This work was partially funded by the German Federal Ministry for Economic Affairs and Energy under contract 0325292 (ForTeS).