Lidar measurements for water vapor vertical profiles up to the stratosphere

Using continuous laser radar (lidar) observations taken at different locations on Earth, it is possible to monitor the occurrence of cirrus clouds over discrete periods of up to 10 years (see Figure 1). By analyzing the lidar data, we can classify clouds1 according to the processes by which they were formed, such as isentropic transport in the vicinity of the tropopause (at 10–18km above the Earth's surface), contrails (frozen water and aerosol particles from aircraft exhaust), and tropical storms. To better understand these occurrences, and to simulate cloud formation, scientists require an assessment of cloud water vapor content.

At high altitude, water vapor exhibits large horizontal gradients and is distributed in long strips of air. Satellite images are unable to adequately capture these phenomena and the mixing processes by which they occur, and standard meteorological radiosondes suffer interruptions in operation and bias. Furthermore, existing lidar approaches are unable to reach very high altitudes. One approach to water vapor detection uses lidar with Raman spectroscopy, which exploits the Raman (inelastic) scattering of photons. Raman effects induce a frequency shift in light, the magnitude of which depends on the molecule. These spectral shifts enable identification of the scattering induced by several atmospheric constituents. However, compared with elastic (Rayleigh) scattering, Raman scattering is weak. Furthermore, the Raman method of water vapor detection is based on the ratio of Raman scattering by water vapor and by nitrogen. Thus, it does not provide a direct measurement of the water vapor mixing ratio.

We sought an alternative approach to enable direct lidar water vapor detection, and have designed an instrument that is capable of detecting vertical water vapor with an accuracy of greater than 10% at up to 10km above the Earth's surface in standard conditions.2, 3 We developed and built a test platform at the Observatory of Versailles Saint-Quentin-en-Yvelines in France (see Figure 2), which was based on the results of preliminary tests on existing Rayleigh lidar at observatories on the island of La Réunion and at Haute-Provence in the south of France.3 We then installed the instrument at a new observatory in La Réunion (see Figure 3.). 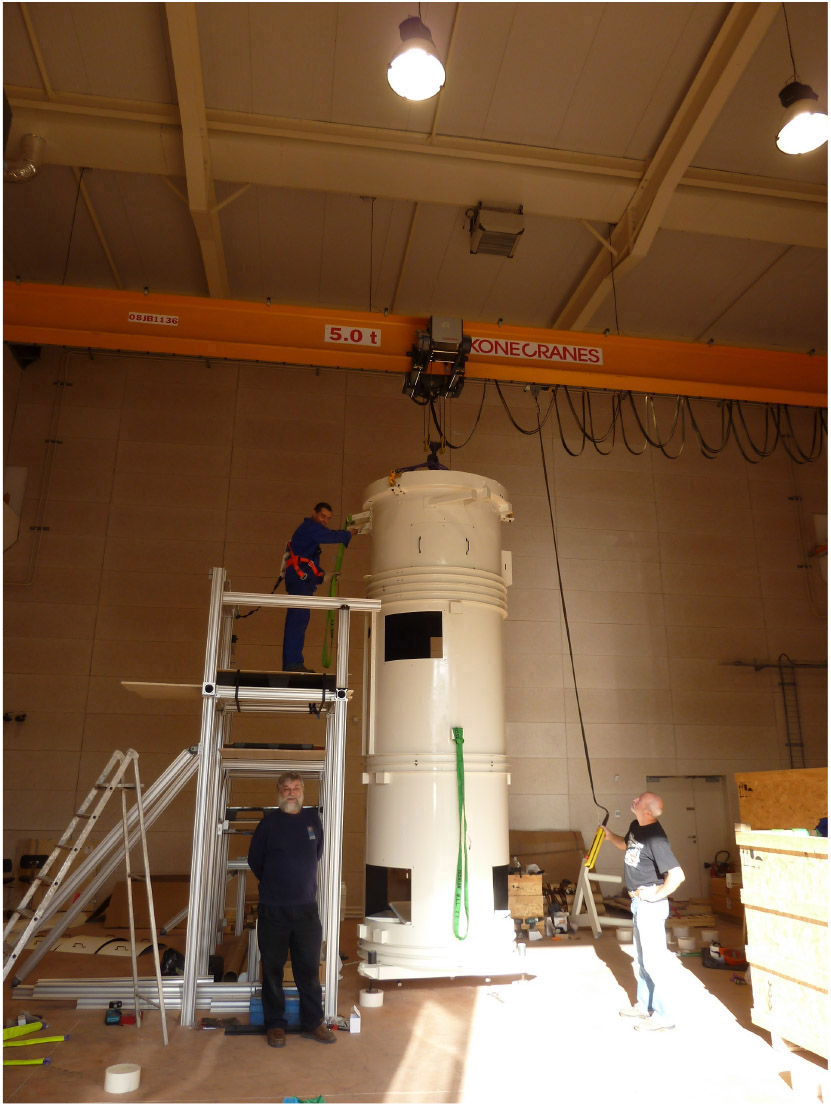 Figure 2. The lidar system being assembled in Guyancourt, France. 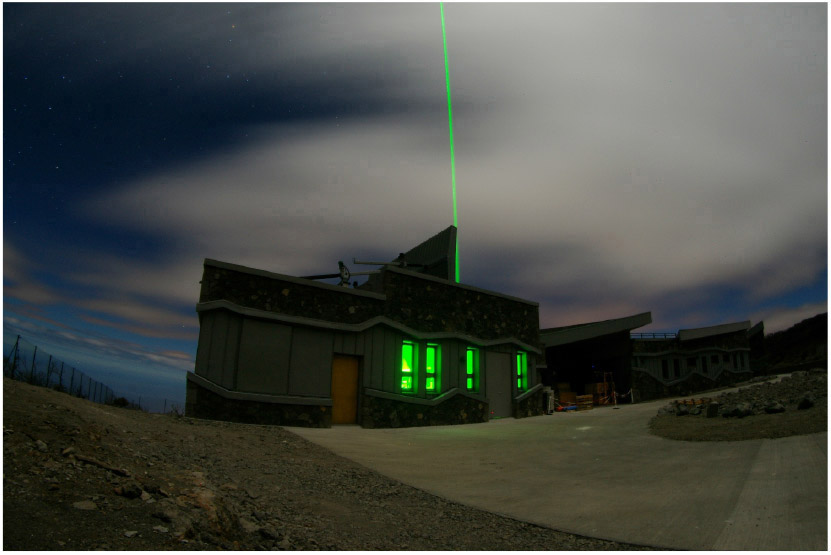 Figure 3. The 532nm laser beam pointing vertically from the lidar station at the Maïdo observatory (20.8°S, 55.5°E) in La Réunion.

The instrument's calibration depends on the stability of the detection system, which we ensured by taking ancillary GPS measurements of the total water vapor column. The lidar system has a coaxial configuration (which precludes parallax effects that may lead to a large ‘ blind’ zone in the small field of view), and therefore enables detection of water vapor from the ground. During dry periods, calibration is more challenging to achieve because the vapor column is very small and results in greater uncertainties in GPS measurements. We installed flash lamps atop the receiving telescope to enable internal calibration and to monitor any sudden instrumental changes. The lidar system uses two neodymium-doped yttrium aluminum garnet pulse lasers of 23W and a telescope with a diameter of 1.2m, and is designed to operate at 355 or 532nm. We used lidar in a UV configuration during our successive campaigns, since UV wavelengths enable the optimum measurement of water vapor.4

Over a two-year period we obtained data that revealed frequent transport of air from the stratosphere through complex layering effects. Our instrument was able to reach as far as the lower stratosphere when we integrated measurements taken over the course of several hours or days5 (see Figure 4). 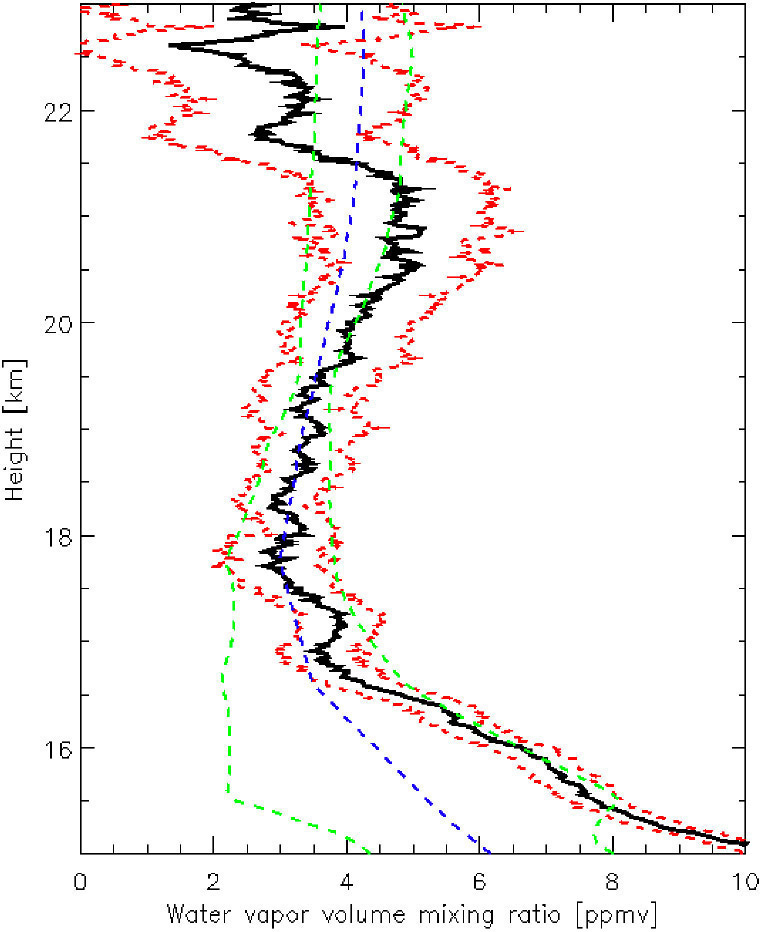 In summary, detecting water vapor is essential in the study of cloud formation, and existing techniques—including the use of satellite imaging or Raman spectroscopy—are either ineffective or challenging to use. We have designed a lidar-based instrument that can detect water vapor up to the level of the stratosphere. In future, we plan to operate this instrument alongside collocated ozone and aerosols lidar to enable the study of inter-annual variability, vertical transport, and cirrus formation. A second lidar system (similar to ours) is planned for development at the Observatory of Haute-Provence.

Philippe Keckhut is a professor and director of the LATMOS space research laboratory. He received his PhD at Paris VI University in 1991, and was a visiting scientist at the US National Oceanic and Atmospheric Administration in Washington DC between 1994 and 1995.

Hélène Vérèmes is a graduate of Toulouse University, France, and is preparing her PhD on water vapor lidar and mesoscale modeling.

Valentin Duflot obtained his PhD in 2011. He is currently an associate physicist and the scientific coordinator of the Réunion Observatory OPAR. He is the co-investigator of the H2O Raman lidar and principal investigator of the tropospheric ozone lidar, mobile aerosols lidar, and handheld photometers operating at La Réunion.