IR optical systems on small satellites require large volumes so that passive cooling of the telescope and a reduction in the amount of stray light can be achieved. The available aperture diameter and effective focal length (which are both closely related to resolution and magnification) of such instruments, however, are severely constrained by the (small) volume that can be allocated for space telescopes. An innovative optics concept is therefore needed to satisfy the scientific requirements of large areal spectroscopic surveys for astronomy.

To meet this aim the Near-IR Imaging Spectrometer for Star Formation History (NISS) is currently being developed by the Korean Astronomy and Space Science Institute (KASI).1 The NISS instrument is being developed as part of the NEXTSat (next generation of small satellites) program. As the NISS optics were originally designed for an 18cm-aperture reflecting (Cassegrain) telescope, a large secondary mirror and long relay optics were unavoidable. To deal with the more limited volume and pointing stability of NEXTSat-1, a redesign of the instrument has therefore been necessary.

In our new NISS design, we use lens materials with good transmission in the near-IR wavelength range (e.g., calcium fluoride, zinc sulfide, and zinc selenide). We also use linear variable filters (LVFs) to achieve the instrument's wide field of view (FoV) and to realize its wide spectral range (see Table 1). The LVFs that we employ have already been demonstrated successfully by performing IR observations with the IR instrument (ISOCAM) 2 on the Infrared Space Observatory, and on the Ralph instrument3 of New Horizons. An example of an astronomical observation that can be made with an LVF is illustrated in Figure 1. The instrument is pointed to make observations in a series of regular steps (related to the spectral resolution), and an image for each wavelength bin can then be obtained by processing all the pointed observation data for the target object. Our updated NISS instrument can thus enable an efficient spectroscopic imaging survey at IR wavelengths and will allow the study of local and distant star formation. 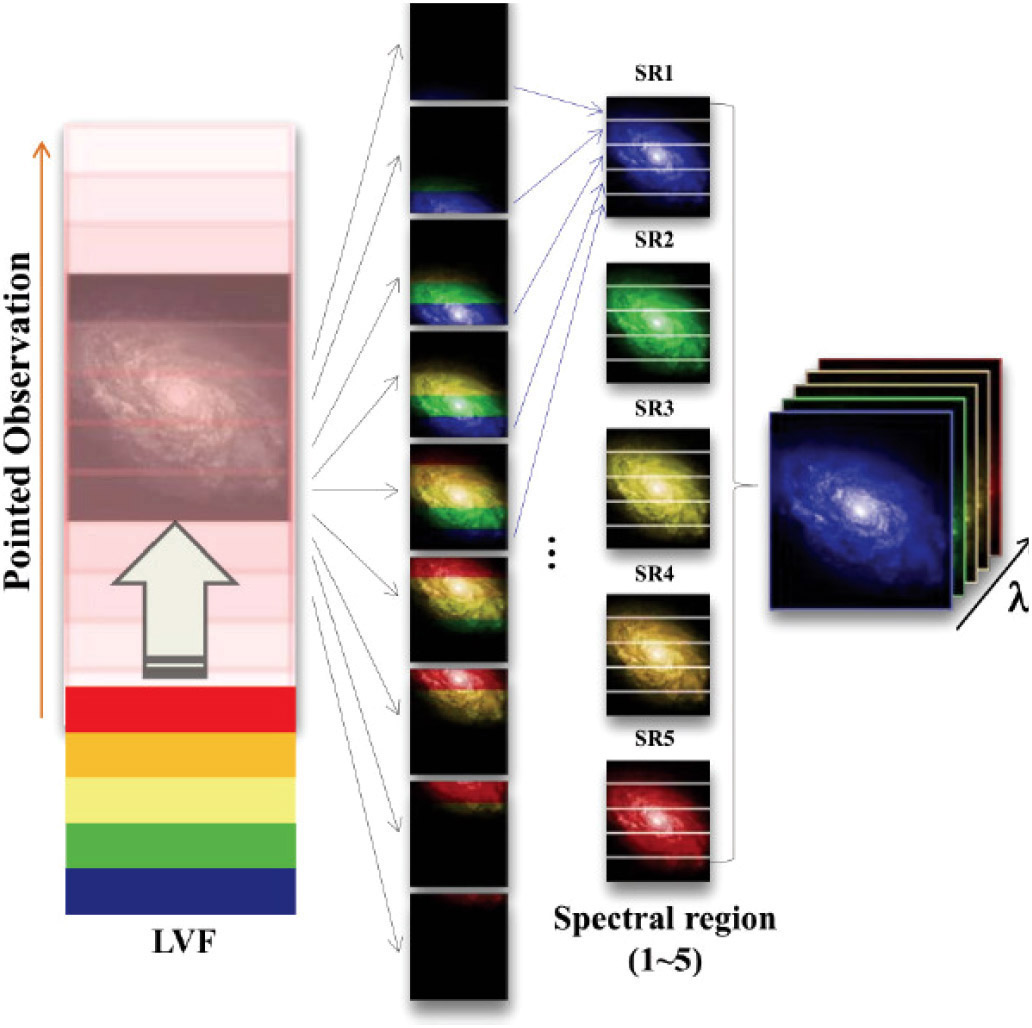 Figure 1. Illustration of an astronomical observation with a linear variable filter (LVF). Several pointed observations are made in regular steps that correspond to the spectral resolution of the LVF. These observations are then combined to obtain imaging spectroscopic data for the targeted object. SR: Spectral region. λ: Wavelength.

To perform imaging spectroscopic observations with NISS, we combine two LVFs as a single filter (see Figure 2) and therefore double the wavelength coverage. In addition, the peak wavelength varies linearly in one direction. From both these characteristics of the LVF, the combined wavelength coverage of the filter can thus be determined. We use the central region of one filter for dark calibration of the instrument (crucial for the detection of faint signals). Our current optical designs are optimized to provide a similar performance for any wavelength region. Indeed, we have confirmed that the full width at half-maximum of the point spread function is within the required resolution (15 arcseconds) at all wavelengths. 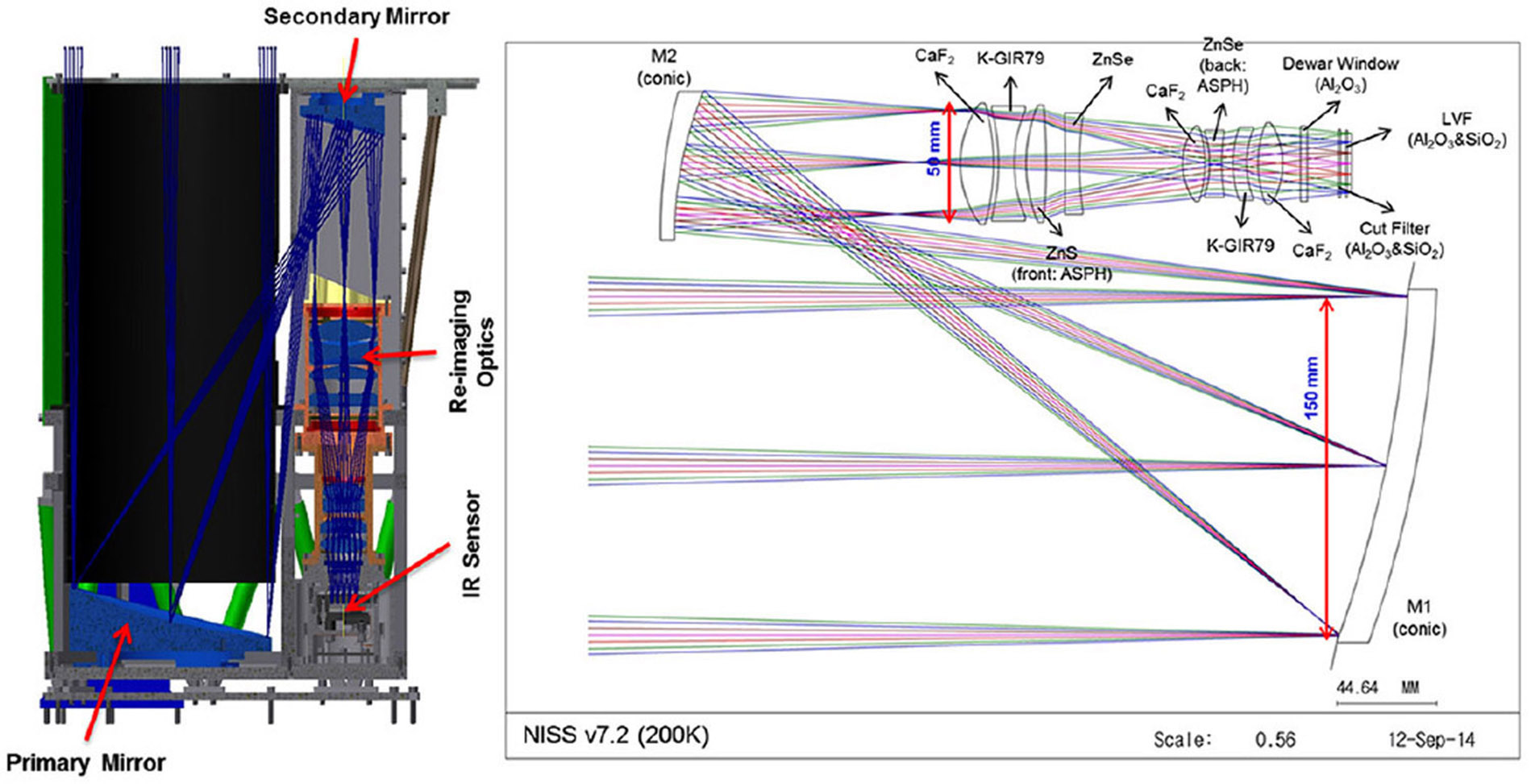 Figure 2. Two LVFs combined as a single dispersing element. The central region is used for dark calibration of the NISS instrument.

To accommodate the limited volume of a space telescope in our redesigned NISS instrument, we also use an off-axis optical design. In these off-axis fore-optics—with an aperture diameter of 15cm—we combine eight element lenses within the small volume allocation. Furthermore, our off-axis design means that there is no obscuration by the secondary mirror and there is a significant reduction of stray light. We can thus achieve an improved optical performance at the required wavelengths and make spectroscopic observation of diffuse objects (see Figure 3). 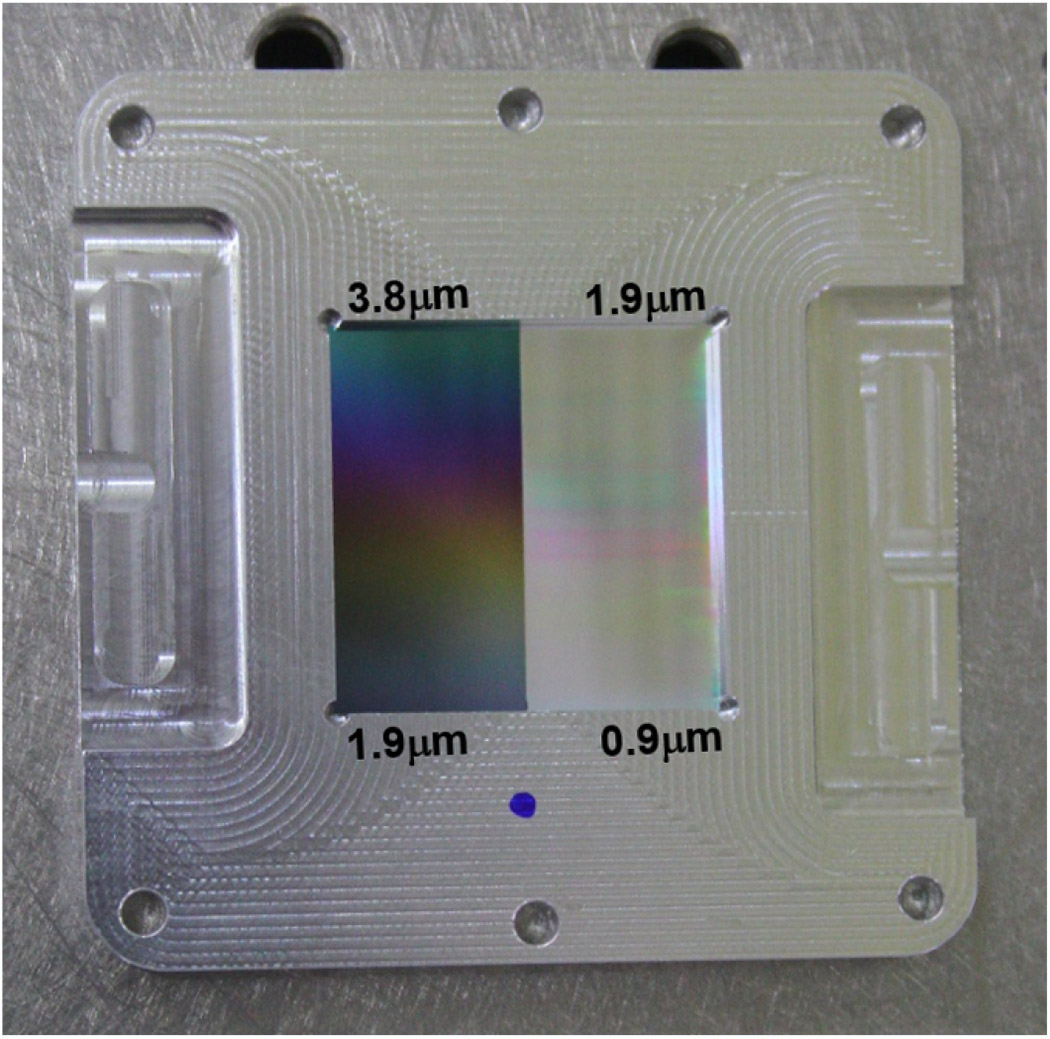 With imaging spectroscopic observations it is possible to make measurements of the broad spectral lines that are related to star-forming processes. We have combined this function with the LVFs to act as a dispersing element in front of the IR detector. For observation of broad spectral lines, we find that the optimum spectral resolution for the LVF is 20 (see Table 1). Moreover, we have paid careful attention to the alignment and the integration of the optics. Our relay-lens part and the primary-secondary assembly (an afocal type) can be measured and integrated independently to alleviate the complex alignment process. In addition, we install an appropriate field stop in the configuration of the optical tube and relay optics to effectively reduce the amount of stray light. The full specifications of our NISS optics are given in Table 1.

In summary, we are developing updated optics for the NISS instrument that will be used to make astronomical observations on the NEXTSat-1 mission. In our innovative design—which includes using two linear variable filters as a single filter, off-axis optics, and a simple alignment process—we can overcome many of the limitations that are associated with conventional on-axis optics. Our design can thus be used on future astronomy missions, where it can provide higher throughput and lower costs. At present, we are planning to increase the aperture diameter of our system (up to 30cm), with similar off-axis fore-optics. We also hope to develop a focal-plane mid-resolution IR spectrometer for a space mission.

This work, as part of the NEXTSat-1 project, is supported by the Ministry of Science, Information and Communications Technology, and Future Planning, as well as the Satellite Technology Research Center of Korea. The NISS Team consists of sub-groups for the field optics, mechanics, electronics, and data analysis.

Sung-Joon Park is a senior researcher. He has made a major contribution to the optical design and performance testing of the NISS project. His other research interests include the interstellar medium and extragalactic astrophysics.

Woong-Seob Jeong is a principal researcher and is the principal investigator of the NISS project. His research is focused on the use of IR and multiwavelength data to study the cosmic IR background.