To diagnose and assess diseases such as cancer, physicians typically make decisions based on averaged measurements taken from thousands of cells obtained in tissue biopsies. This approach works perfectly for some diseases, but when searching for one ‘bad apple’ amongst thousands of healthy neighbors, or if a disease mutates and changes as it grows, vital information can be lost. The resolution of biopsy techniques is a major obstacle in many applications, such as when studying circulating tumor cells in metastatic cancer1 or when attempting to identify the correct cocktail of chemotherapeutics to treat a tumor that shows signs of drug resistance.

To address these issues, a range of single-cell approaches has been developed. These include tools that are designed to allow the same kinds of procedures associated with clinical medicine or whole-animal studies, but for targets with diameters of about 20μm. The pioneers of this tactic were Gordon and Talansky,2 whose micro-injection methods eventually led to the development of in vitro fertilization.3 Although undoubtedly powerful, these techniques require extreme skill on behalf of the experimenter, and are by definition limited to very low throughputs. Worse still, these approaches present a substantial risk of damaging the target cell, i.e., even the finest microneedle has a diameter that is a substantial percentage of its target. Several alternative methodologies have since been developed. Microfluidic platforms, for example, can be used to separate individual cells of interest from their surrounding matrix and isolate them for analysis.4 Almost all these approaches, however, require that the cell is taken to the instrument—stripping it from its neighbors and their complex webs of connections and communications—and thus carry an increased risk of inducing artifacts.

In our work we have therefore set out to achieve the opposite process, through the technique of ‘optical trapping.’ In this approach, we use precisely sculpted and focused light, alongside specialized surfaces and microtools, to take the experiment to the cell in its native culture. Optical trapping was developed during the 1970s, when it was experimentally observed that laser radiation pressure alone was enough to manipulate small objects and overcome their Brownian motion in suspension.5 By focusing laser light through a lens that has a high numerical aperture, micrometer-scale objects can be simply captured and controlled in 3D. We can thus create a tool that has similar characteristics to a miniature tractor beam.6 The cross section of this focal volume is essentially diffraction-limited, which means that traps with diameters of about half the wavelength of the incident light (typically around 500μm) can be created. By definition, however, the optical trapping approach produces a small focal volume of extremely intense illumination. Even a low-power (1mW) laser pointer will reach an intensity of more than 107W/m2 when it is focused to a relatively large 5μm-diameter spot (equivalent to the intensity at the Sun's surface). This means that targets must be transparent or extremely reflective at the laser wavelength used so that they are not damaged.

It is possible to produce and control such traps one at a time, but experimental procedures using this approach are extremely slow and arduous. To minimize calculation times, we used a spatial light modulator that was linked to a bespoke software package in OpenGL and driven by a gaming graphics processing unit to generate traps holographically.7 In this way, we were able to produce up to 24 individually addressable traps. We thus had the tools to manipulate objects in 3D through a straightforward point-and-click interface. We used these systems to grip our smart droplet microtools (microparticles coated with mixtures of synthetic surfactants) and were then able to remove material from the cell membranes as the probe coating exchanged with lipids in the target cell.8 With this process, we enabled the sampling of any membrane-bound molecule, including transiently-associated proteins such as phosphatase and tensin homolog (see Figure 1). 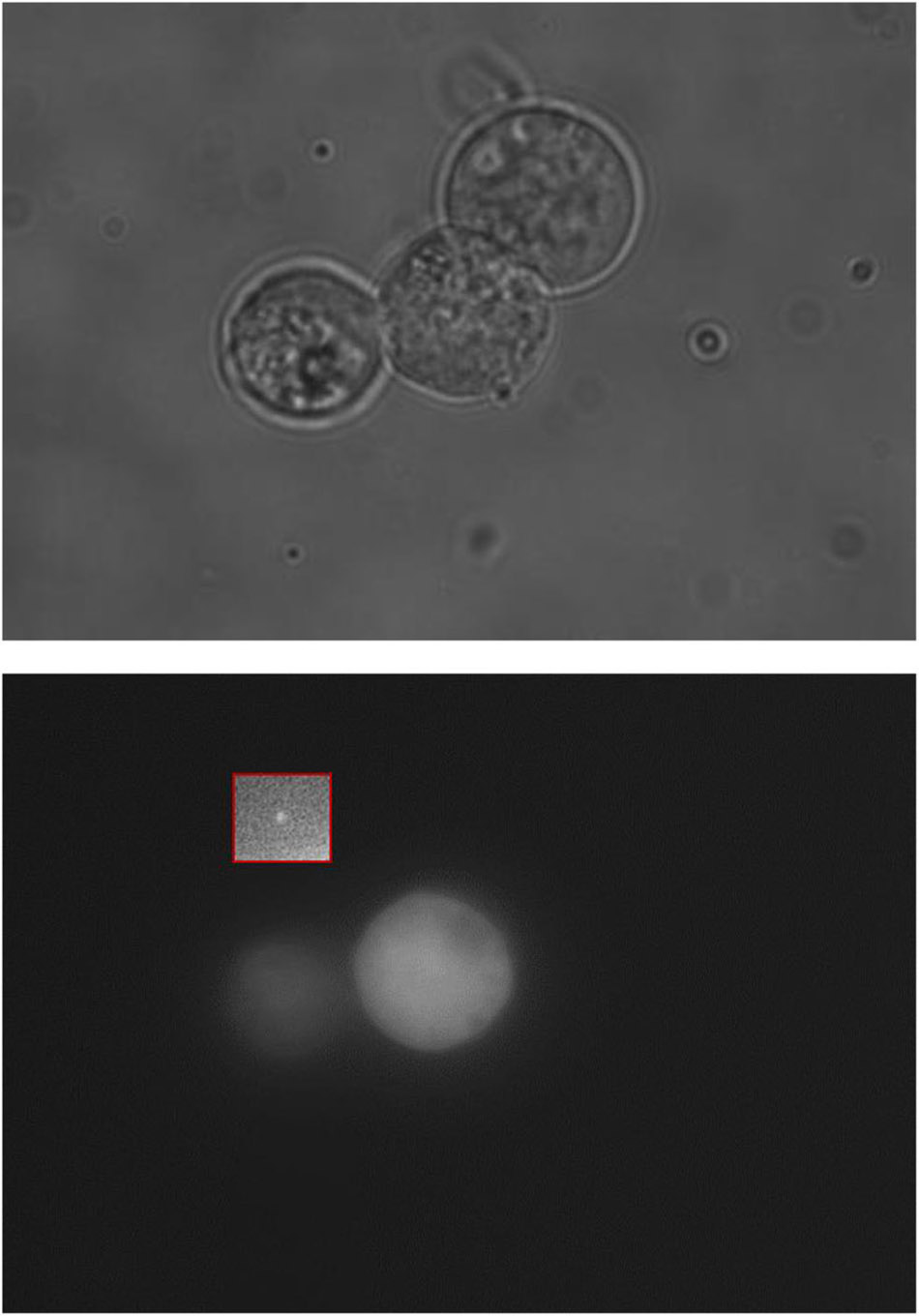 Cells are not obviously damaged during the procedure and can be repeatedly sampled. This means we can start to generate time-lapse data that shows a cell's changing response(s) to stimuli. Furthermore, we can deposit sampled material onto a second surface using a solid-supported lipid bilayer (a surface treatment to trap the sampled material),9 which offers the potential for coupling to single-molecule detection systems (e.g., total internal reflectance microscopy). This would provide a truly quantitative read-out of cellular behavior.10

Optical traps are also useful for injecting material. We found that cells grown on amorphous silicon (as used in solar panels) selectively and reversibly developed membrane nanopores under illumination from IR lasers, to which they would typically be transparent.11 We can therefore deliver materials (such as dyes, nucleic acid, and proteins) to specific cells and even to specific regions of a single cell, in a way that does not obviously damage the cell's ability to function (see Figure 2). Observations like these have previously been made with different substrates,12 but we were able to measure the pores' diameters using quantum dots as sizing tools, and thus provide wholly new insights into the pores' energetics and their effects on the target cell. These findings have turned the pores from a scientific curiosity into a practical tool for sub-cellular injection. 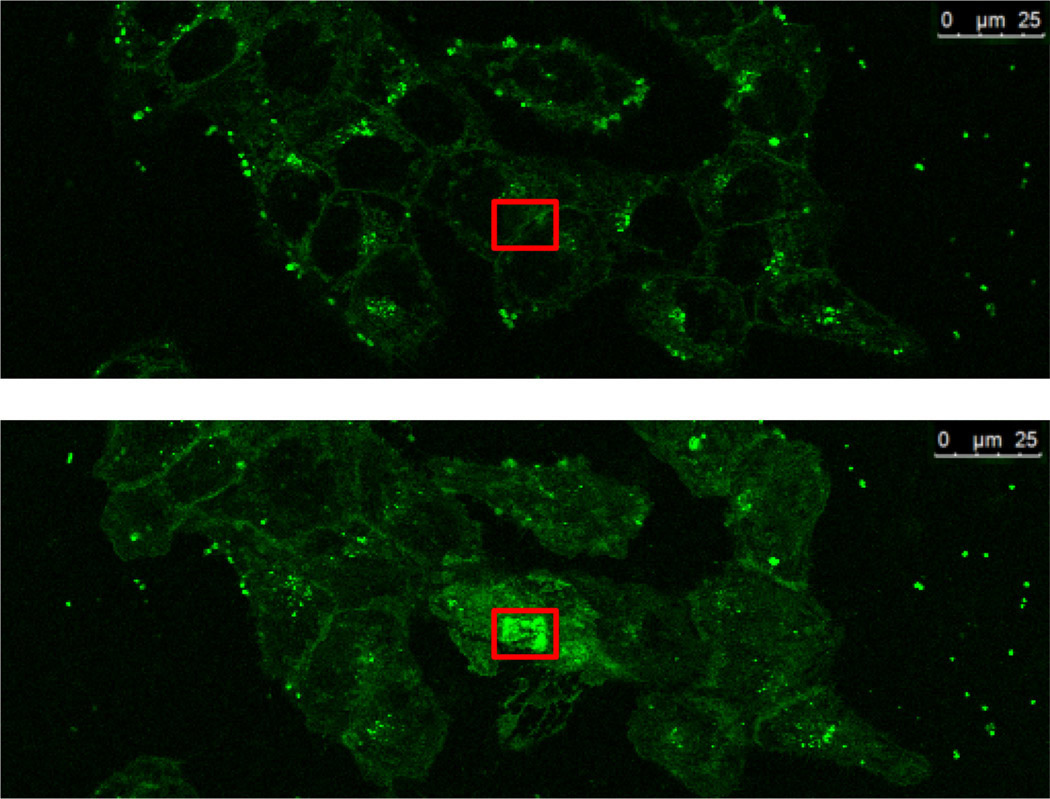 In summary, we have developed new tools based on optical trapping. These tools provide the fundamental platforms required to perform manipulations, surgery, and diagnostics at the single-cell level. Although our approach is still at an early stage of development, it should be easy to automate. We plan to program the software to look for certain shapes (either cells or smart droplet microtools) and perform experiments on them without manually driving the process ourselves. We could therefore use our optical trapping tools to sample and profile large numbers of cells very quickly. This property is essential for their practical use in clinical medicine, and they may one day yield a platform capable of providing genuinely personalized medicine in oncology wards. Furthermore, the tools may provide the ideal method of studying the true fundamentals of biology, e.g., to ‘tickle the toes’ of individual neurons, and thus analyze the behavior of nervous systems at the subcellular level. As our understanding of the techniques develop, we will use these tools to peer deeper into the cell to identify what makes one cell become malignant and its neighbors remain unaffected.

The authors thank the UK Engineering and Physical Sciences Research Council for funding via grant EP/I017887/1, and the Centre for Doctoral Training Studentship grant EP/J500239/1 (through the Institute of Chemical Biology, Imperial College London).

Duncan Casey is a multidisciplinary researcher who specializes in developing physical tools for the study and manipulation of biological systems. His current research includes single-cell biophysics, biophotonics, and the development of patterned, artificial membranes for synthetic biology.