A novel material composed of nanostructured, decoupled graphene layers, inspired by the humble moth, is the most light-absorbent for its weight to date.
18 July 2016
José V. Anguita and S. Ravi P. Silva

Throughout history, engineers have been inspired by nature in their search for technological solutions to suit a wide variety of shortcomings. Notable recent examples include the development of displays with nanotextures—inspired by butterfly wings—that work to enhance optical functionality, and adhesives that use structures similar to those found on the feet of the gecko (for application in robotics and healthcare).1–3 Although biomimicry is not a new approach, it continues to provide answers to many key scientific questions in a variety of fields.

The ability to efficiently couple between light and matter is of great importance to the operation of many optical devices. This is especially true in the case of optoelectronic devices designed for light harvesting. Anti-reflective (AR) coatings have particular significance in this field. These coatings are generally composed of a stack of layers that are each made up of different dielectric materials with contrasting refractive-index values. The thickness of each individual layer is chosen to introduce a particular interference effect to the overall optical design, thereby enabling operation at a particular wavelength. The combined stack is usually deposited using vacuum techniques, and can be relatively thick (typically in the μm range) for certain applications (e.g., automotive and cockpit windows, space telescopes, and lens coatings for precision optics). Although AR coatings can be produced to high degrees of efficacy for single-wavelength operation (e.g., in semiconductor laser facet coatings), they do not typically achieve the broadband operation that is required for optoelectronic devices and efficient sunlight-harvesting devices. These applications require broadband absorption of light by a much thinner material layer (on the nm scale). The development of such a material could also enable a new kind of low-cost, large-area device (e.g., ‘smart wallpaper’) capable of generating electricity from waste light or heat. Such a device could help power a host of applications within the growing ‘internet of things.’

To develop a highly absorbing and anti-reflective material with nanoscale dimensions, we have taken inspiration from the remarkable light-absorbing capacity of the moth eye:1 see Figure 1. Over millennia, the nocturnal nature of moths has directed their evolution toward highly optimized nanoscopic corneal designs. These designs enable moths to detect light efficiently across a broad range of spectral wavelengths, allowing them to see at night while remaining invisible to their predators.

Figure 1. (a) A microdevice used for the projection of IR images. The inset shows a thermal model of the device. To increase the efficiency of the emission (which is numerically equal to the absorption), the surface of the microdevice is covered in nanostructures that are of similar dimensions to those found in (b) the moth cornea. The inset shows a cross-section of the cornea of the Bicyclus anynana moth.4

To this end, we have reproduced the nanostructures found on the moth-eye cornea with a disordered arrangement. We then used these nanostructures to grow the ultra-thin absorbing layer, which consists of a 15nm stack of decoupled graphene layers. The combined structure enables strong and ultra-broadband absorption characteristics spanning from the mid-IR to the UV. The resulting material is one of the most effective absorbers of light across broadband wavelengths for its nanometer thinness. Computer modeling shows that the nanostructures channel and localize light to the spaces between the nanoparticles (i.e., where the absorber layer is located): see Figure 2. 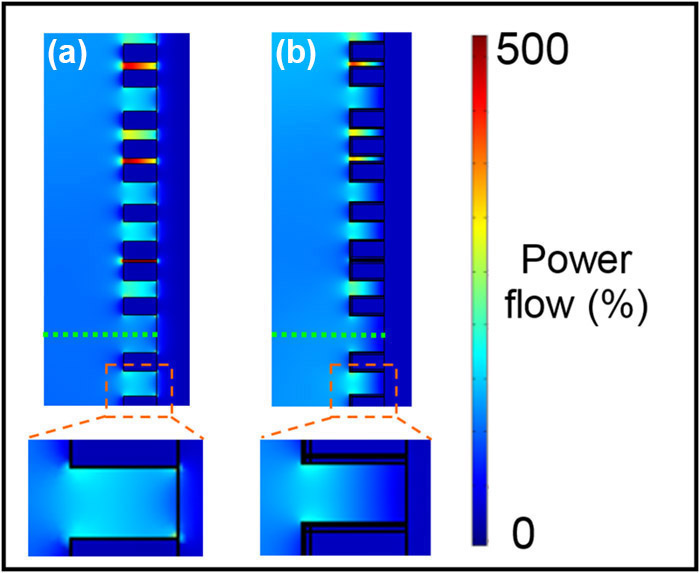 Figure 2. A model of the interaction between light and the nanostructures on the surface of the material. (a) The localization of the light to the narrow spaces between the structures causes localized power densities of around five times those found in free space. (b) When the multilayer graphene absorber is placed on the surface of the nanostructures (seen as a thicker conformal coating above the nodules), the model shows that the light intensity reduces abruptly with distance. As a result, the power flow of the wave becomes almost zero by the time it reaches the base of the nodules, resulting in strong absorption. These structures are used to couple the light between free space and the absorber medium in a manner similar to the way in which light is channeled into moth retinas.

The electronic decoupling of the graphene layers occurs during a solid-state reaction between amorphous carbon and a thin iron layer. In this reaction, a twist angle is initiated between the graphene planes. In our case, the decoupling is further exacerbated by the curvature of the nanostructures. The combined effect results in a stack of individual layers of graphene that are separate from one another, enabling the electronic properties of the individual layers to be retained. Significantly, our production process is compatible with large-area production using existing vacuum plasma-deposition techniques. The process is also contact free, thereby making low-cost, roll-to-roll production possible: see Figure 3. In terms of the nanostructure arrangement, moth eyes feature highly regular patterns of nanometer-sized particles over large macroscopic areas (achieved via DNA replication). Vacuum technologies that use self-assembly, on the other hand, introduce random dimensional and spatial variations within the nanostructures: see Figure 1(a). Our results show that despite these variations, however, the optical performance of the artificial moth eye is similar to that of a real one. High absorption is therefore possible across an ultra-broadband spectral range with a nanometer-sized absorber.

This biomimetic technology has been used to push the performance envelope beyond what is possible using conventional technology on planar (thin-film) structures. Furthermore, it broadens the application of graphene-based devices to include a wider range of optoelectronic applications. Similar methods could also be implemented in the design of other material systems (such as AR coatings for eyeglasses, photodetectors, and solar cells: see Figure 3) to achieve significant performance enhancements. For example, the ability of the moth eye to absorb light efficiently from a wide range of wavelengths could potentially enable the formulation of a generic solution to the strong spectral sensitivity of current photodetector materials. 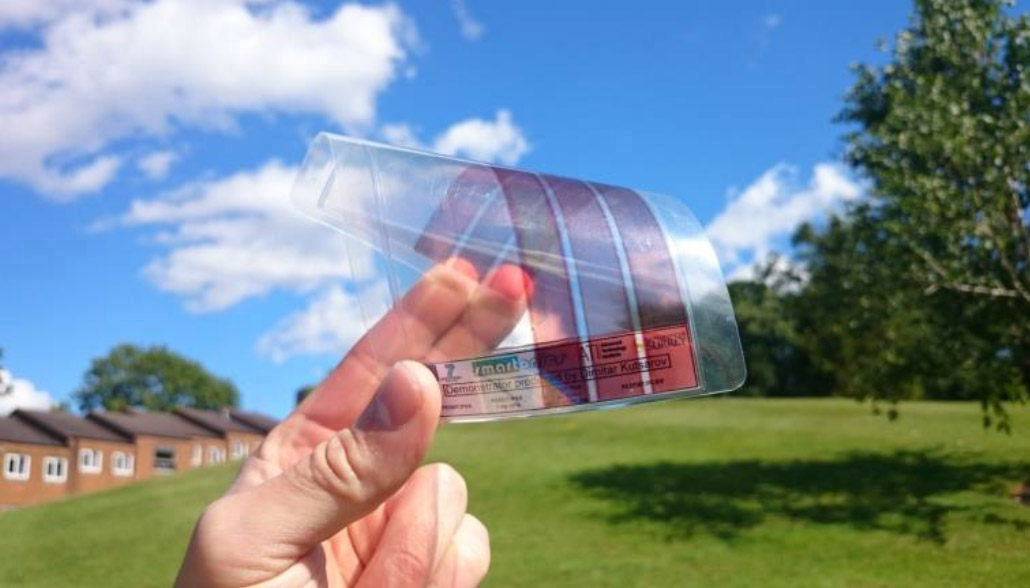 Figure 3. Solar cells operate by absorbing light and subsequently converting it into electricity. The most efficient cells must perform this absorption over a broadband spectral range, and within a thin region of the solar cell material (where the photons are converted into charge carriers). Introducing nanostructures into these devices should enhance their light-absorbing capabilities, paving the roadmap to higher cell efficiencies. Such developments could enable the absorption of broadband light in even flexible organic solar cells.

In summary, we have developed a graphene-based absorber material that features strong absorption across a very broad spectral range, inspired by nature's moth eye. We developed this technology to enable the design of IR opto-MEMS (microelectromechanical systems) devices for use in display technologies. However, a similar biomimetic approach could be extended into a variety of existing and emerging technologies in light harvesting and optical assemblies. In the next stage of our research, we will develop techniques to integrate the absorber into existing devices to enhance their performance. We also plan to develop new materials and devices for low-cost, large-area energy harvesting (e.g., smart wallpaper), as well as devices such as rectennas and photodetectors. We intend to perform these developments in collaboration with companies, with the aim of developing the wide variety of next-generation devices that are made possible thanks to these ultra-thin, highly efficient energy converters.