Terahertz waves offer unique opportunities in many fields. These include chemical sensing, material characterization, non-destructive diagnosis, medical imaging, and security screening. For many of these applications, however, practical feasibility is limited by low radiation power, narrow bandwidth, and the bulky nature of existing terahertz radiation sources.1

To address these limitations, we have recently demonstrated a compact terahertz source based on a novel two-section digital distributed feedback (D-DFB) laser diode and plasmonic photomixer. Our system generates terahertz radiation with 0.15–3THz frequency tunability, 2MHz linewidth, and less than 5MHz frequency stability over one minute, at power levels that can be used in practical imaging and sensing applications. We achieve terahertz wave generation through difference frequency generation, by pumping the plasmonic photomixer with two output optical beams from a two-section D-DFB laser diode.

Our two-section D-DFB laser diode—see Figure 1(a)—is a standard ridge waveguide laser diode, with a ridge width of 2.5um, which we fabricated on an indium phosphide substrate. The laser active region consists of five compressively strained aluminum gallium indium arsenide quantum wells with a well thickness of 5nm. The laser cavity is 700μm long and divided into two sections (with lengths of 400 and 300μm, respectively) that are separated by a 2μm-wide etched trench. The output beam is emitted from the first of these sections (section 1). 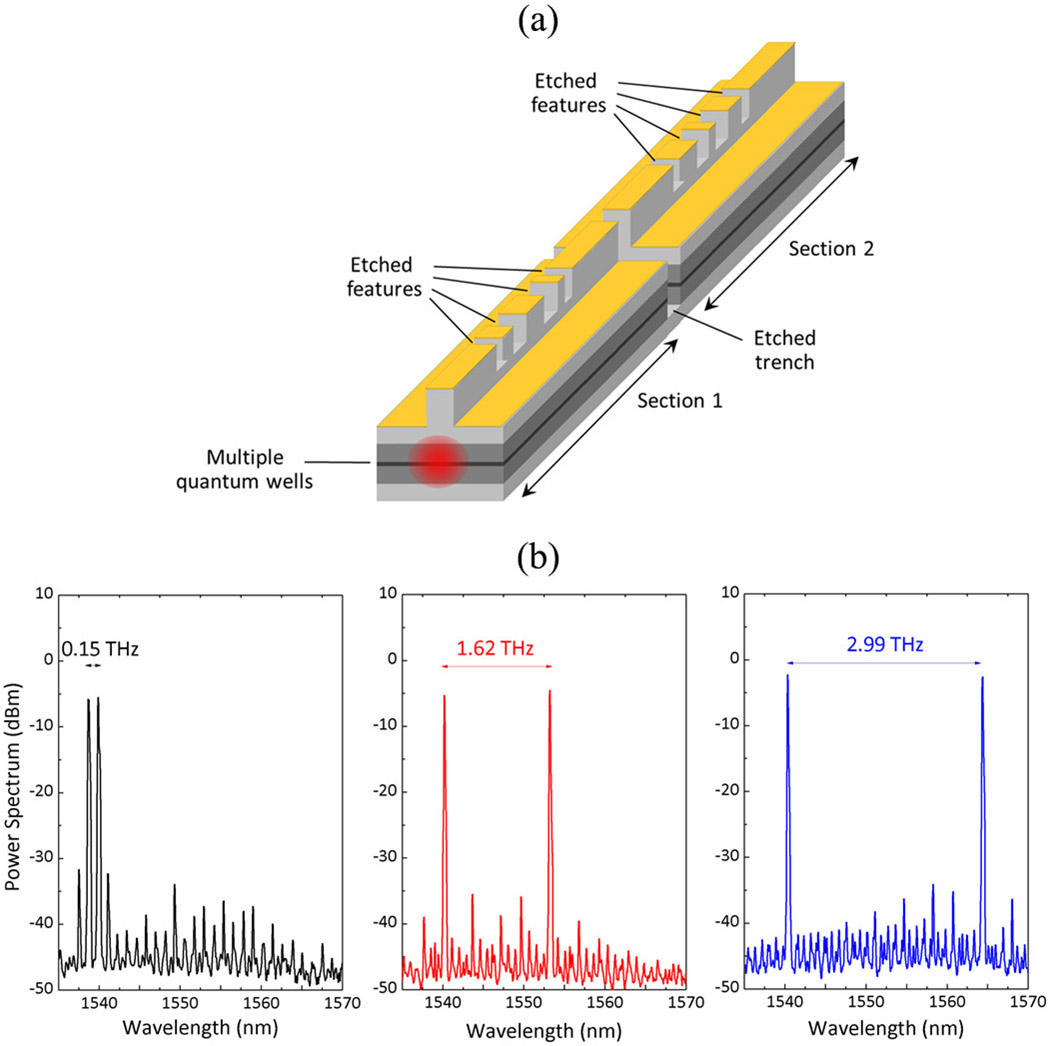 To achieve dual-mode output wavelengths, different features are etched into the ridge waveguide of each section to select two dynamically stable single lasing modes.2, 3 When both lasers are operated together, the coupling between the two laser cavities results in the generation of light at two wavelengths.4 In the meantime, we can tune the separation between the wavelengths by varying the temperature of the overall structure and the currents applied to the laser sections. The output spectra of the two-section D-DFB laser, at three specific operating points, are shown in Figure 1(b). With these operating conditions, we achieve spectral separations of 0.15, 1.62, and 2.99THz, and linewidths of about 1MHz.1 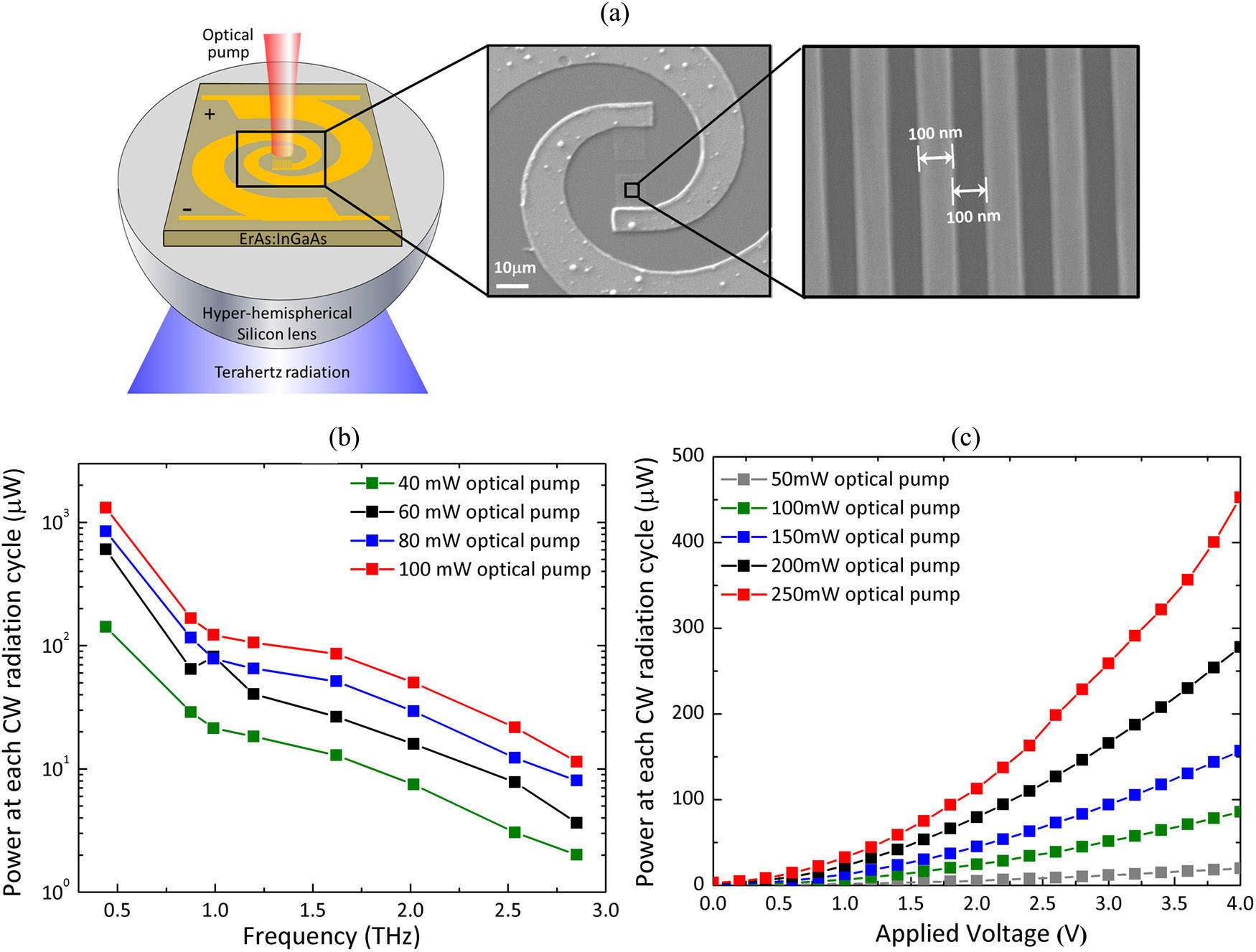 In summary, we have demonstrated a novel compact terahertz radiation source that is based on a two-section D-DFB laser diode and plasmonic photomixer. The high power, broad frequency tunability, compact size, and robust operation of our terahertz source means that it offers a good solution for future high-performance terahertz imaging and sensing systems. In our future work, we will investigate the inclusion of plasmonic photomixing elements inside various types of bimodal lasers to offer a single-chip terahertz radiation source.