The origins of commercial free-form optics

Free-form optical surfaces have no symmetry of rotation about any axis. In addition, special facilities are required to generate and polish these surfaces. Free-form optical surfaces are thus unlike spherical surfaces, which can be generated and polished by a series of nearly random motions (without precision machinery), or familiar symmetric aspheric surfaces that can be made on a high-quality lathe. Recently, however, free-form surfaces have received considerable attention because they enable exciting new designs for smaller, better, or more functional optical systems. Recent examples of applications in which free-form surfaces are used include compact visual augmented-reality displays1 and more efficient collectors for solar energy.2 Powerful mathematical design methods have also evolved along with the new hardware capabilities.3

NASA used the term ‘free-form’ in the 1990s when they found that the shapes of spheres and rotationally symmetric aspheres were not general enough for the design of their IR Multi-Object Spectrograph (IRMOS).4 At that point, however, free-form optical components had already been around for a long time. For instance, Owen Aves obtained a patent for a rudimentary free-form ‘progressive’ spectacle lens in 1907.5 This spectacle shape was later improved in various stages, most notably by Bernard Maitenaz in 1953 at a French company that later became Essilor. Major improvements were also made in 1972. Designs are still evolving and excellent spectacles are now available from many companies. Here, I provide a historical overview of free-form optics.

In 1972, James Baker and I found that a free-form eyelens surface could be used to correct an unusual viewfinder problem (i.e., that a difference in eye focus was required for different viewing directions) in the Polaroid SX-70 folding Single Lens Reflex camera (shown in Figure 1).6,7 Our initial free-form lens was similar to a simple progressive spectacle lens turned upside down. We described our final lens shape with a sixth-order polynomial. In addition, we found that the same viewfinder needed a second, small, free-form surface at its aperture stop to cancel out the coma inherent to the design. 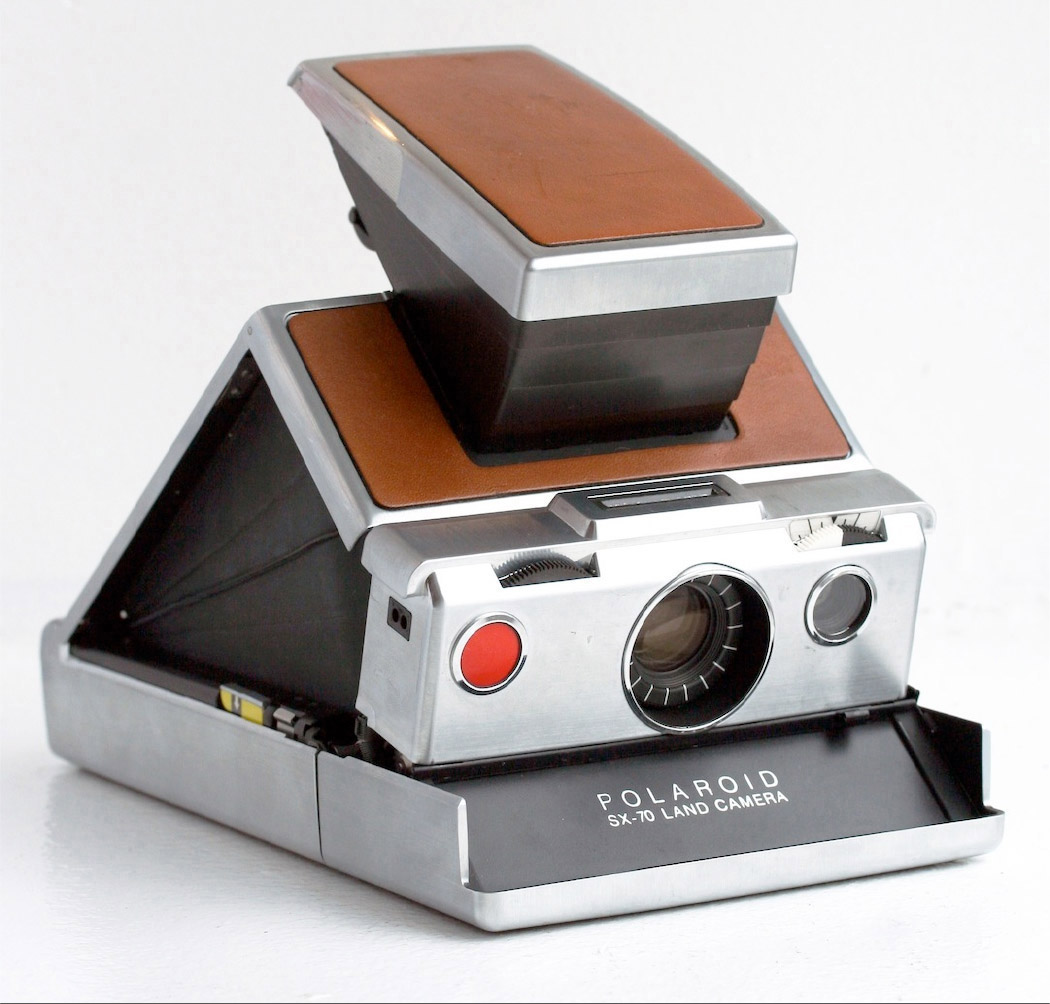 We fabricated our first free-form eyelens prototypes with the use of an oversized metal template and a 3D mechanical pantograph cutter. We made the template by machining a set of identical flat metal plates with S-curved edges. We stacked these plates together like a deck of cards and racked them against two parabolic supports. We made the necessary manufacturing tools by grinding stainless steel on a three-axis commercial computer numerical control (CNC) machine that was fed with punched tape. We also used an automated mechanical profilometer to measure both the molding tools and the molded parts, all of which were manufactured to ophthalmic tolerances or better. At the time, we called these free-form shapes ‘non-rotational’ or ‘warped’ aspheres. When these shape options were first included in commercial lens design software in the 1980s, however, they became known as ‘user defined surfaces.’

We introduced rotating free-form ‘Quintic’ shapes in 1986,8 to focus the Polaroid Spectra camera automatically from infinity down to about 0.65m (see Figure 2). This work was inspired by Luis Alvarez's use of sliding free-form shapes in a two-piece adjustable lens.9 Ultrasonic sonar was used for ranging with the Polaroid Spectra camera. Our rotating free-form shapes required more mathematical definition than the sliding type, but were much easier to move with a simple mechanism. We called these lenses Quintics because we had moved beyond the third-order mathematics of the Alvarez design by adding fifth-order polynomial terms to obtain a better result. When we later advanced to seventh-order terms, however, we carefully avoided the logical term ‘septic.’ Although our Quintic shapes were mathematically complicated, remarkably, they made our camera manufacturing more simple. The parts were fairly uniform in thickness and were easy to mold with consistent properties. Furthermore, when each complete lens was assembled, it did not require the usual adjustment for exact infinity focus. 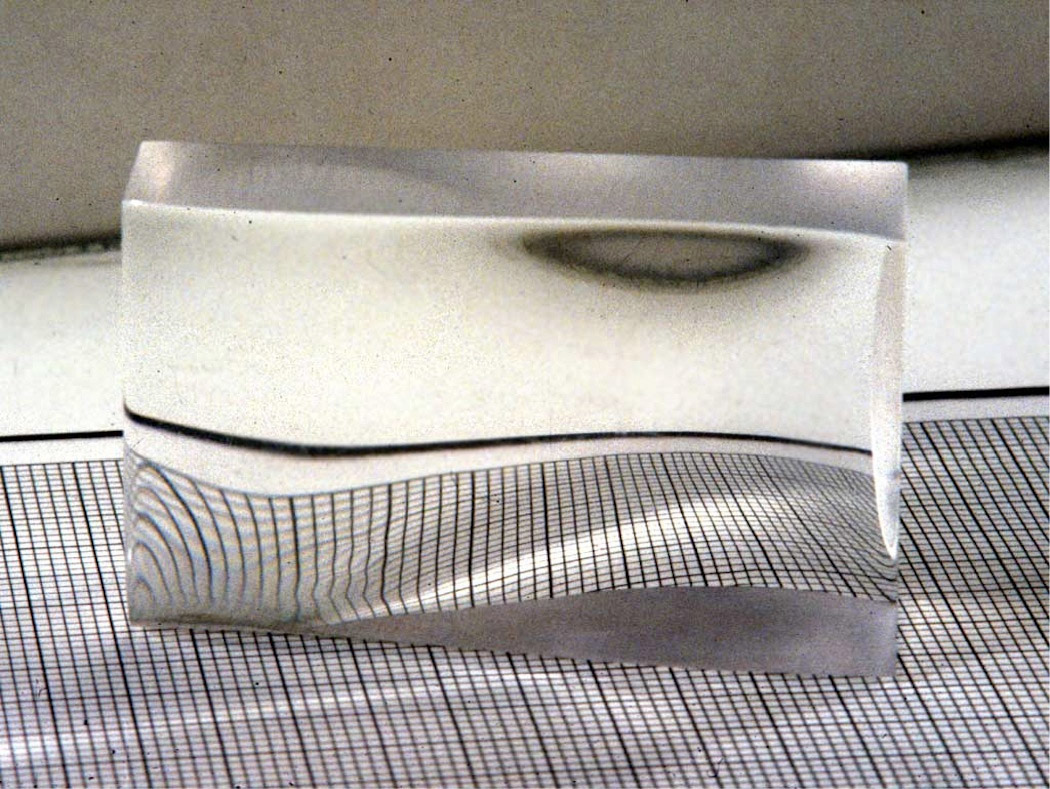 Figure 2. An exaggerated scale model of the free-form ‘Quintic’ surface that was rotated to adjust the focus of the Polaroid Spectra camera.

The entire picture-taking lens used in our Spectra camera is shown in Figure 3. The large round object in this figure is a thick positive meniscus, which functions as a classic landscape lens. The component in the center of the figure is the rotating free-form lens that changes the focus of the camera. Finally, the smallest part is another free-form lens. This also has a positive power and is fixed in position behind the camera's aperture stop. We produced the first tools for the molding of these plastic parts by grinding stainless steel on a commercial five-axis CNC machine and polishing it with a soft lap. We later built a custom machine—with a granite body, air bearings, air slides, linear magnetic motors, and laser interferometer control—which improved our surface accuracy and smoothness by a factor of ten, reaching a root mean square accuracy of 0.1μm or better.

Figure 3. The three molded components of the picture-taking lens for the Spectra camera. The thick positive meniscus, which functions as a classic landscape lens, is shown on the left. The free-form lens (center) is rotated crosswise to focus the camera. A second positive free-form lens (right) has a fixed position behind the camera's aperture stop.

In the 1992 Polaroid Captiva camera (a different kind of folding Single Lens Reflex model), two more free-form shapes—an eyelens and a concave mirror—were used. Subsequently, by the late 1990s, Polaroid included a pair of sliding free-form lenses as part of a zoom feature in a digital medical camera. In addition, they fabricated two pairs of germanium free-form sliding lenses for an IR zoom camera.

In the most recent free-form optics developments, fast-tool servo lathes have emerged. These machines move a cutting tool in a controlled cyclic motion parallel to the axis of rotation, but are also synchronized with the spinning work piece. They provide a faster and more convenient way to make surfaces without rotational symmetry. They are now routinely used to generate progressive spectacle lenses and other free-form optics, or optical mold tooling, by milling, grinding, or single-point diamond turning. In most modern cases, however, the accuracy and smoothness needed, and produced, does not surpass what we achieved for camera construction in the 1990s. Free-form shapes can be easily molded in plastic for high-volume manufacture, and in our most recent work, we showed that they can be molded from other materials (e.g., as required for long-wavelength IR applications).10

Extended information on this historical overview of free-form commercial optical products can be found in the form of photographs,11 as well as slide12 and video13 presentations.