Bright ideas for the future of industrial heating

Novel solar thermal collectors that incorporate optics and absorbers based on metamaterials and nanoparticle suspensions can provide high-temperature heat for industrial applications.

The sun represents an abundant, sustainable—yet critically underutilized—energy resource. At present, we use less than 0.0002% of Earth's solar resources to power our economy,1 and the majority of what is used goes toward the relatively low-tech goal of raising the temperature of water by 30–50°C. According to an International Energy Agency report, solar thermal water heaters had a global installed capacity of ∼400GWth in 2014 (180GWth in China alone), more than double the ∼180GWe of photovoltaics installed in the same year.2 Photovoltaics—which convert solar energy into an electrical current—are an economically viable way to produce electricity. However, they harvest only about one-third the energy per square meter as compared with solar thermal collectors.

The demand for heat in factories and mines, and in chemical, metal, and agricultural industrial operations, is in excess of 11 million GWth hours.2 In total, these activities consume ∼40% of our energy resources and generate much of our society's wealth. As such, it is worth investing in and deploying sustainable energy solutions for this market. Since heat is hard to transport over large distances, solar technologies represent a clean, distributed means for industries to exploit their unused real estate (large, flat rooftops, for example). Rooftop heat production also represents an inimitable opportunity for industries to convert volatile energy expenses into stable, internal capital investments. The use of parabolic troughs (where solar thermal collectors lined with mirrors heat a tube of fluid) has made small inroads into this market for the supply of 100–400°C heat.2 However, trough systems are difficult to mount on rooftops. Thus, there is a clear and present demand for new technologies that can easily integrate with rooftops to offset fossil fuel consumption for industrial heating needs.

The Australian Renewable Energy Agency has funded a $3.2 million (AUS $4.5 million) project known as Micro-Urban Solar Integrated Concentrators (MUSIC) to develop new technologies that can meet this challenge. The goal is to create a platform for developing thin and lightweight concentrating solar collectors using advanced micro/nanobased materials and manufacturing techniques. Although it is relatively easy to convert solar energy into low/medium-temperature thermal energy (think of a black car left out in the sun), obtaining more useful, higher temperatures at a reasonable cost can be challenging. To achieve temperatures above the boiling point of water, for example, requires heat losses to be kept at a minimum and precise control of solar inputs, potentially through concentrating optics. To solve these problems, we have used imaging and nonimaging optics that have relatively large effective numerical apertures (for example, devices that concentrate radiation from a wide area in a thin optical package). We have also used high-temperature, selective absorbers—both surface-based (metamaterials) and volumetrically absorbing fluids (suspensions of nanoparticles). The metamaterials are nanostructured titanium gratings deposited on an ultra-thin magnesium fluoride spacer and a tungsten ground film.4 The nanoparticles are multiwalled carbon nanotubes functionalized for high-temperature stability in heat transfer oils.4, 5

The project has created several promising proof-of-concept devices,6–11 including a full-size prototype that incorporates both concentration and volumetric absorbers (see Figure 1). This system consists of a two-stage optical concentrator: a linear Fresnel lens (primary) and a compound parabolic concentrator (secondary). It incorporates an internal tracking mechanism that moves the primary concentrator relative to the secondary throughout the day to keep the sun focused on the absorber. The design of the optics eliminates the need for rotational tracking or any external moving parts. The absorber, in turn, consists of an oil/multiwalled carbon nanotube suspension, which is contained in a glass tube. Initial results indicate that the prototype has ∼55% efficiency at 80°C and 40–45% efficiency at an operating temperature of 250°C. Thus, this low-profile (°C range. 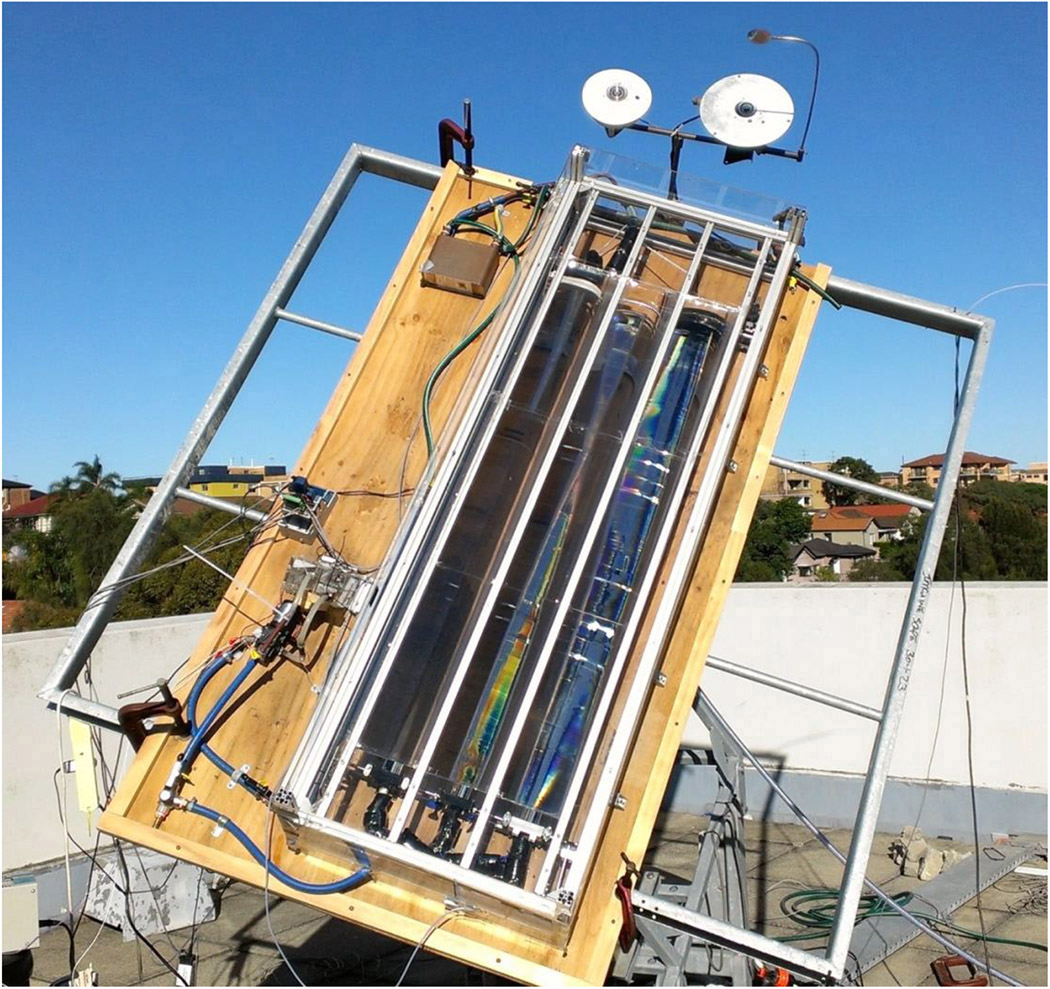 Figure 1. Prototype of the solar concentrator, which comprises concentration and volumetric absorbers, for rooftop-mounted heat production.3

Overall, the MUSIC project has shown the technical feasibility of several solutions for converting solar energy into industrial heat. These are just the first steps, however. Designs for manufacturing, reliability, and commercialization are now under way for the last phase of the project.

Robert Taylor's main research interest is in the development of next-generation solar thermal collectors. Drawing on the fields of heat transfer and nanotechnology, he is researching novel working fluids and materials for solar systems.

Gary Rosengarten leads the Laboratory for Innovative Fluid Thermal Systems (LIFTS), of which the primary focus is to understand the fundamental transport phenomena involving heat and fluid flow, and to develop products for industry in the energy and biomedical fields. Recently, the group has been focusing on developing new types of medium-temperature solar thermal collectors, including novel optical and thermohydraulic designs.