The field of quantum information relies on the successful manipulation of quantum systems. In most of these systems, photons represent a principal component, and are therefore used in the majority of experimental implementations. Their wide use stems from the intrinsic ability of photons to carry quantum information over great distances with minimal disturbance. This property also presents a challenge, however, as photons do not interact with other photons. To carry out operations, the mediation of material systems is therefore required. For this reason, considerable effort has been devoted to attaining deterministic interactions between single photons and material systems such as single atoms.

Recent experiments have used a scheme suggested by Duan and Kimble1 to demonstrate the realization of a quantum memory and logic gates between a photon and an atom.2–6 However, this scheme relies on auxiliary control pulses, making scalability more challenging and limiting performance speeds.

We have demonstrated a passive mechanism that does not require any control fields and is therefore inherently limited only by the lifetime of the system. This scheme could allow for easier scalability and may improve performance speeds by three orders of magnitude.7, 8 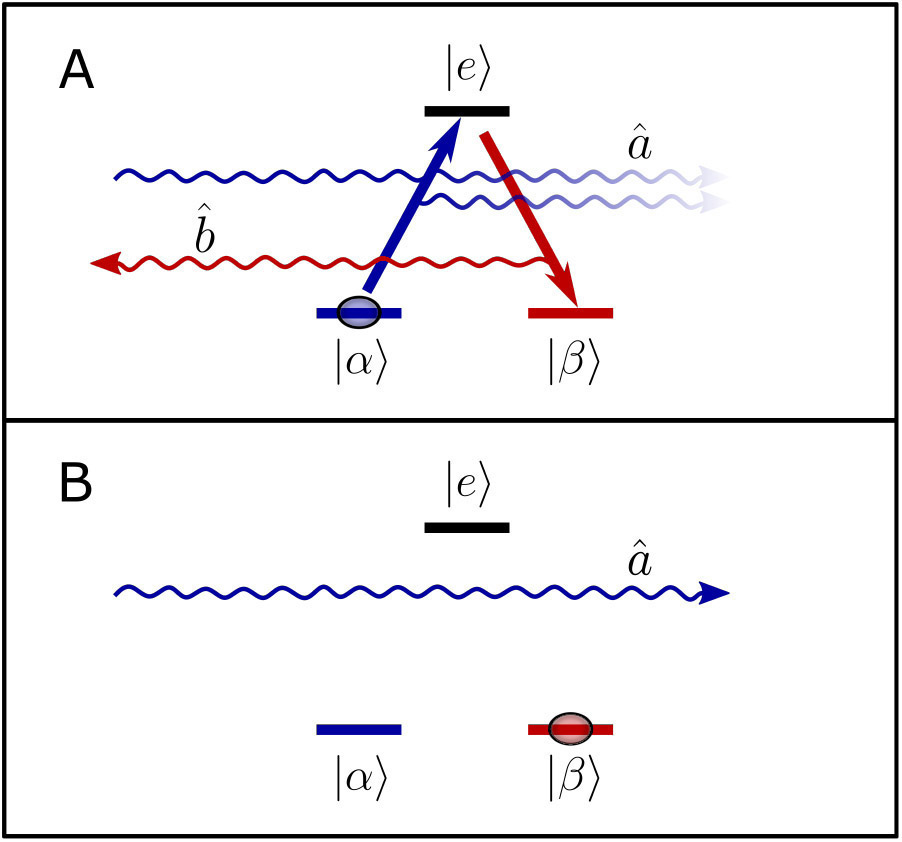 Figure 1. The single-photon Raman interaction (SPRINT) scheme. (a) Incoming light from the left (

) interacts with the system, initially in ground state |α〉(blue). Destructive interference (blue gradient) forces the system to reflect to the left (

), thereby toggling the system to the right ground state |β >(red). (b) The system, now in |β >, is transparent to light incoming from the left.

Our approach uses single-photon Raman interaction (SPRINT), a novel interference-based passive all-optical scheme.9 In this scheme, a photon deterministically interacts with an atom-like three-level Λ-system (i.e., two ground states coupled to a single excited state).1, 7,10 We assume that each transition is coupled to a different propagation direction (see Figure 1). A system initially in ground state |α> and coupled only to mode

is excited by an incoming single-photon pulse. As a result of destructive interference between the incoming pulse and the re-emitted light, the transmission in

drops to zero. This leads to the system reflecting to

while decaying to |β>. Sending a second pulse through

results in a transmitted photon. This switching scheme is in fact part of a very powerful SWAP mechanism in which the atom and photon exchange their superposition states upon interaction.11 Consequently, SPRINT shows potential for use as the basis of a quantum memory or even a quantum logic gate. 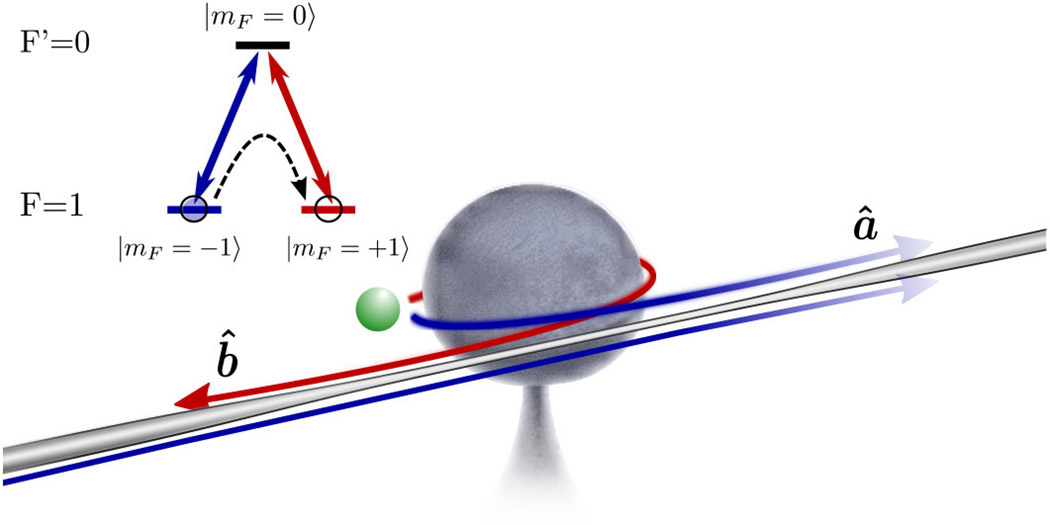 Figure 2. The experimental apparatus. An atom (green sphere) is coupled to a two-directional (

) fiber via a microresonator. The inset shows a diagram of the atomic-level structure, including two degenerate Zeeman ground states |F=1, mF= - 1 >and |F=1, mF=+1 >, each of which is independently coupled to the excited state |F ′ =1, mF= - 1 >by

Our implementation of SPRINT consists of an ultra-high-quality glass microsphere resonator coupled to a 87Rb atom (see Figure 2). Light is coupled in and out using a tapered nanofiber. Atoms are cooled and released from a magneto-optical trap, which is located above the sphere. As the atoms drop, they fall in the vicinity of the sphere and interact with the confined light within it. The interacting light is circularly polarized due to the geometry of the resonator, and its orientation depends on the direction of propagation.12 The result is an atomic Zeeman-sublevel Λ-system (see Figure 2) in which each of the two transitions are driven by differing input directions. By taking advantage of the non-linear nature of SPRINT, we have demonstrated a SPRINT-based photon switch7 in which a reflected control photon collapses the atom to a ground state. This collapse could correspond to either a transmissive or reflective state, depending on the sequential-target input direction (e.g., a second photon input from the same direction as the first would be transmitted, whereas one sent from the opposite direction would be reflected): see Figure 1. Results obtained from about 8000 atoms confirm that a single photon toggles the state of the atom from 89.9% transmission to 64.8% reflection.

SPRINT can also be used to extract a single photon from a multi-photon pulse.8 Figure 3(a) shows the average number of output photons in the target pulse as a function of the average number of input photons. The results show that the reflection quickly saturates to a value of about one. This corresponds to the behavior of the atom, which toggles to the non-interacting (or dark) state. As a result of this, the atom is effectively invisible to any subsequent photons and further reflections cannot occur. Without an atom, reflected events are negligible and transmission rises linearly. Indeed, the reflected pulse exhibits sub-Poissonian statistics for all average input powers: see Figure 3(b). This is a clear manifestation of the quantum nature of the reflected light, as is to be expected from a single quantum emitter. The atom can only reflect one photon per pulse. 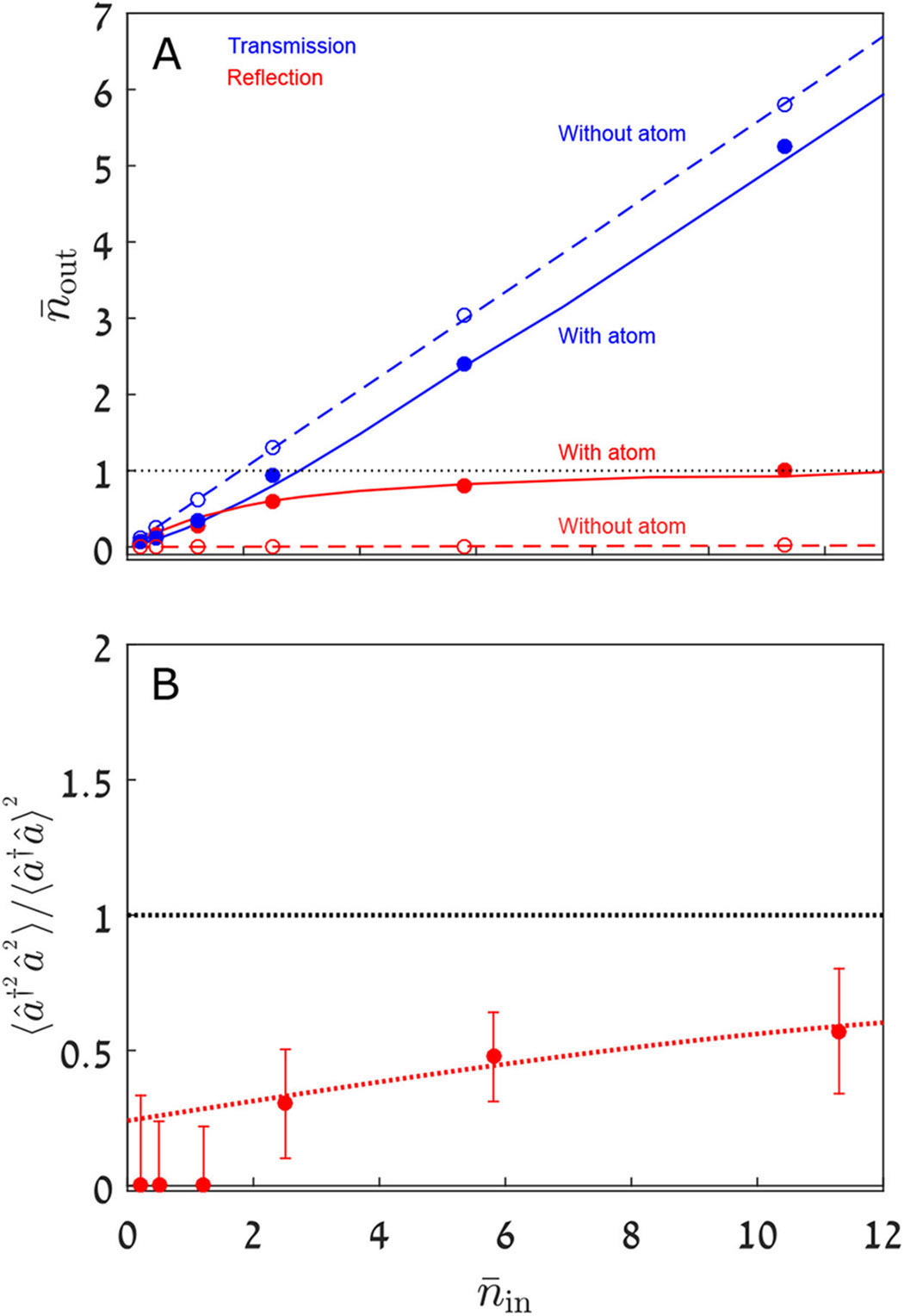 Figure 3. (a) The average number of transmitted and reflected photons (

out) as a function of the average number of input photons (

in), both with and without an atom. (b) Second-order correlation of the reflected light, showing sub-Poissonian values for all average input photon numbers.

We have developed SPRINT, a generic building block for passive interaction between a single photon and a single emitter. Although our experiments are based on 87Rb atoms, this scheme has potential for application in any material three-level Λ-system. Building on our recent photon-switching and single-photon-extraction experiments, future prospects include the application of SPRINT in elementary quantum-computation tasks such as quantum memory and quantum logic gates.

Support from the Israeli Science Foundation, the Joseph and Celia Reskin Career Development Chair in Physics, and the Crown Photonics Center is acknowledged. This research was made possible in part by the historic generosity of the Harold Perlman family.