Quantum technology for a new generation of inertial sensors

Advances in laser cooling of atoms have produced a new generation of inertial sensors based on matter-wave interferometers, which are becoming an essential technology for accurate positioning or geodesy.
01 March 2016
Philippe Bouyer

Recent decades have seen dramatic progress in our ability to manipulate and coherently control the motion of atoms. The fact that matter can behave as a wave, introduced by Louis de Broglie in 1924, has been well tested. However, manipulating atoms at a level of coherence that allows for precise measurement only became possible when we were able to produce atomic samples of a few microdegrees above absolute zero with laser cooling.

Today's exquisite control of matter waves offers the prospect of a new generation of force sensors1 of unprecedented sensitivity and accuracy, with applications from navigation and geophysics, to tests of general relativity, or study of highly entangled quantum states. Thanks to the latest technological developments, the first commercial products using this quantum technology are now available.

Generally, a matter-wave interferometer operates by applying successive beam-splitting processes separated by a time T to an ensemble of atoms (see Figure 1), followed by detection of the atoms in each of the two output channels. Splitting a beam of matter can be done with an appropriate light pulse, for example, a laser standing wave (of wavelength λ) that changes an atom of mass M from an initial quantum state to a superposition of two different quantum states. The initial state has a velocity v, and the other—which corresponds to an atom that has absorbed a photon—has velocity v+h/(Mλ) (where h is the Plank constant, linking the energy of a photon to its frequency). 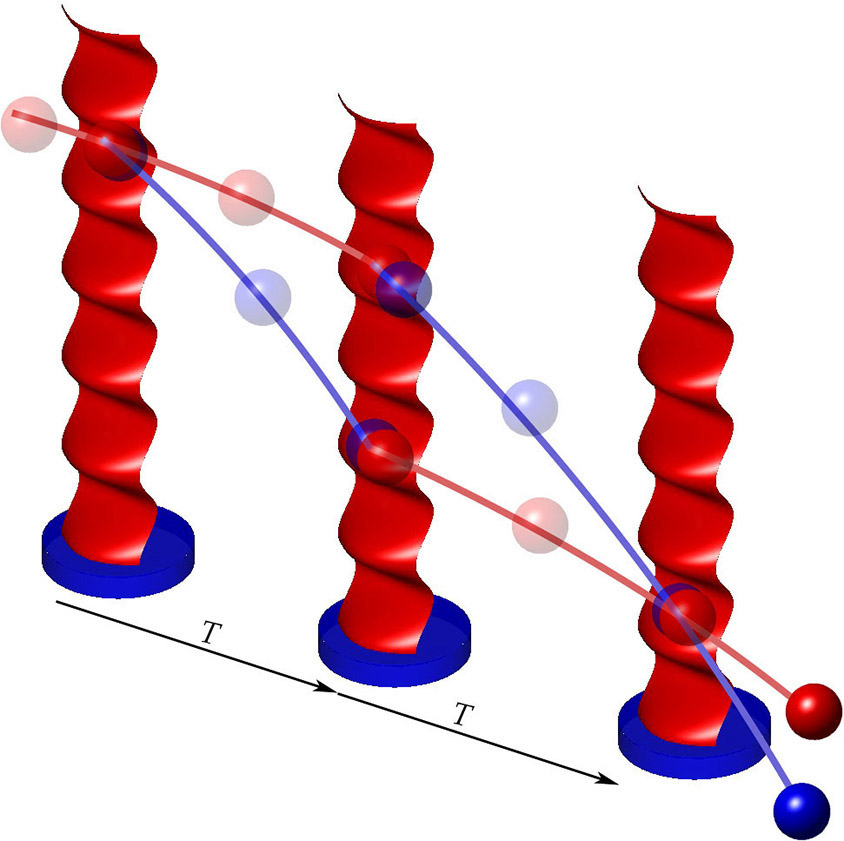 Figure 1. Principle of an atom interferometer. The first beam splitter splits an initial matter wave packet into two parts. The wave packets then propagate freely along two different paths for an interrogation timeT, during which they accumulate different phases. The last pulse is then applied to the wave packets so that the number of atoms at each output is modulated with respect to this phase difference.

Matter-wave interferometers are usually based on the Mach-Zehnder design, where a mirror splits the beam into two paths (see Figure 1). The beam-splitting light pulses act as the mirrors and the beam splitters, and unlike with photons, they can be separated either in space or in time. As with photons, the interference fringes observed at the output of the matter-wave interferometer reveal differences in the path of the two matter waves (for example, a longer path, or an interaction with an obstacle in one of the paths). The accumulation of phase along the two paths leads to interference at the last beam splitter, producing complementary probability amplitudes in the two output channels. The detection probability in each output channel is then a sine function of the accumulated phase difference, Δφ. In contrast with a light-based interferometer, where the electromagnetic waves travel at the speed of light, the atomic waves in an atom interferometer travel at much slower speeds, and thus enable a much longer interrogation time. These interferometers are consequently more sensitive to their environment than their optical counterparts: up to 1011 times for the same interferometer area and with the same signal-to-noise ratio.

Matter-wave interferometers demonstrate sufficient sensitivity to make very precise measurements. Using such devices we have shown that it is possible to measure the acceleration of gravity2 with an accuracy of 1 part per billion, to gauge the rotation of the Earth3 with an accuracy better than 1 millidegree per hour, and to detect minute changes in gravity caused by mass displacements. These devices are so precise that they are used today as a reference for fundamental constants (mass and gravity), and are powerful candidates to test general relativity on the ground, underground,4 or in space.5 We are currently engaged in projects to verify the universality of free fall,6, 7 and to detect gravitational waves in a frequency range yet unreachable with current detectors.8

In summary, our ability to manipulate and exploit the quantum states of atoms through matter-wave interferometry has enabled novel instruments that are now commercially available, and should soon find application in geophysics, underground surveys, and navigation. In future, we will extend matter-wave inertial sensors beyond the laboratory. However, experiments in this field typically require a dedicated setup in a spacious environment where the temperature, humidity, and acoustic noise are tightly constrained. There have been great efforts to design compact, robust, and mobile sensors,9 and the development of this technology has led to a new generation of atomic sensors that have been operated in airplanes10 and will soon be applied in rockets. They are now commercially available (see Figure 2) and could be the next generation of navigation units.11 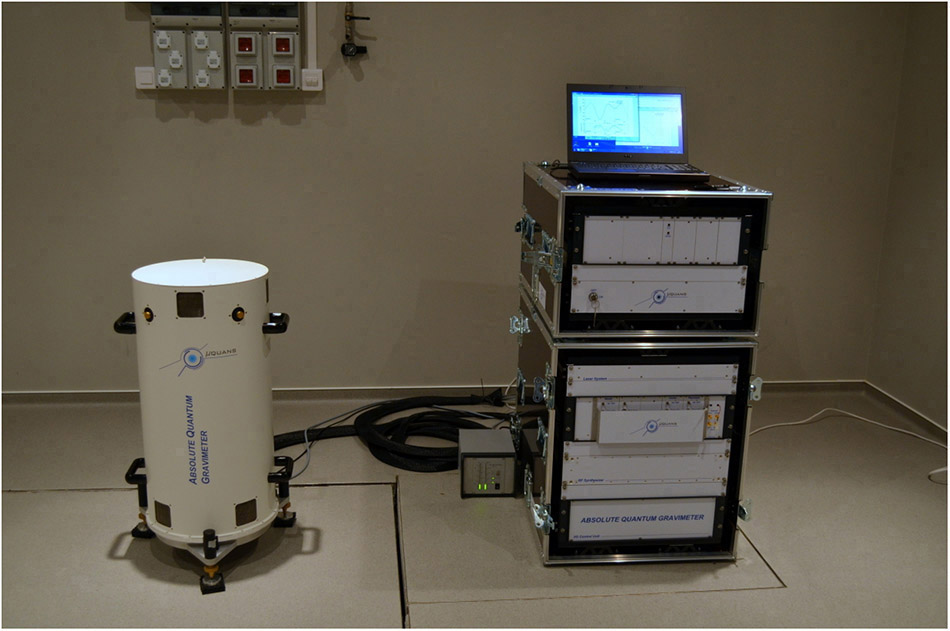 Figure 2. The Absolute Quantum Gravimeter atomic sensor, which may in future be applied in navigation systems. (Photograph courtesy of B. Desruelle, Muquans.)

The author acknowledges support from the French National Research Agency, the National Centre for Space Studies, the French Ministry of Defence, the Aquitaine region, the Institute of France, and the program Investissement d'Avenir in France. The author particularly wishes to thank B. Battelier, B. Barrett, A. Bertoldi, B. Canuel, and A. Landragin for their close collaboration.

After his PhD, Philippe Bouyer worked on atom interferometry at Stanford, and then joined CNRS to work on atom lasers and Anderson localization. He co-founded quantum mechanical developer Muquans, and is interested in ultracold atoms and atom interferometry. He is an American Physical Society Fellow and recipient of the 2012 Louis D. award of the French Academy.