A compact system for 2D and 3D sensing has been built using semiconductor and microelectromechanical systems components.
15 January 2016
Janez Trontelj and Aleksander Sešek

The terahertz (THz) frequency band of the electromagnetic spectrum (i.e., below 1THz) is used in security applications mainly for detecting hidden hazardous objects. Barrier materials that hide dangerous items carried by potential terrorists, however, are normally clothes and are semi-transparent to THz waves. There is also a need to investigate the contents of different types of packages, such as those that are shipped by mail or in other cargo transports. In addition, frequencies at the lower end of the THz region (or even lower, at the high end of the microwave range) can be used to detect hidden objects underground, or those that are hidden behind brick or concrete walls.

As well as security applications, THz systems are also of interest for industrial and health purposes.1 Such THz systems—constructed with solid-state, rather than optical, components—have three main parts. First, a THz source for illumination of the scene is required. Second, a THz detector for measurement of the received THz signal must be included. Finally, a signal processing unit is needed to amplify and analyze the input THz signal. There are many fully integrated microwave sources available that provide a suitable drive to a frequency multiplier for these purposes. Moreover, advances in semiconductor technology have led to the promise of integrated devices that operate at frequencies close to 1THz.2, 3

In this work, we present a THz system that is based completely on solid-state electronic components that we have fabricated with a mature, well-proven, stable, and low-cost mass production technology.4 We built our THz source from a solid-state frequency multiplier5, 6 and an integrated microwave source, which exhibits a high frequency stability and low phase noise. The most important parameters that need to be considered for the THz sources are the output power, illumination beam size, and directivity. The latter depends on the chosen THz antennas and lenses, frequency modulation range, and low phase noise. The optimization of these parameters was thus an important part of our THz system development.

The THz system that we have developed operates with a frequency-modulated continuous-wave THz illumination source. The detection principle for our system is based on THz mixing of the illumination beam and the reflected beam from the target. Since there is a difference in the travel length of the two beams, the result of the mixing is a low-frequency beam that is linearly related to the modulation rate. Our system has a modulation rate of 148GHz/s, which produces a low-frequency mixing product of 1kHz per 1m difference in the traveling path of the illumination and reflected beams. We produce the local oscillator (LO) in our THz system with the use of a beam splitter that directs 40% of the transmitted power to the sensor. Our system performance depends critically on this LO generation and its connection to the mixer.

The single most important element of our system is the THz sensor. For this, we use an antenna-coupled nano-bolometer microelectromechanical systems (MEMS) device, which is fabricated in a linear array of eight pixels. We use the sensor to perform signal detection, as well as simultaneous mixing of the LO signal and received signal from the target. To achieve excellent sensitivity and signal-to-noise (S/N) ratios, we suspend the THz sensors in a vacuum. We have thus measured a sensor sensitivity of 1000V/W, with a noise-equivalent power of about 5pW/p Hz. We are able to develop and fabricate narrow-band and wide-band antennas for specific applications. For our sensors, we most often use nano-bolometers with narrow-band antennas (central frequency and bandwidth of 300 and 40GHz, respectively) and wide-band antennas in the 0.1–1THz frequency range. Two 16-pixel THz sensor arrays that operate at 300 and 600GHz, as well as a four-pixel array with an application-specific integrated circuit for front-end signal processing, are shown in Figure 1. Both of these sensor arrays were fabricated using silicon MEMS and a CMOS process. The excellent performance and S/N ratio of our sensors are reflected in the dynamic range we can achieve with our THz system. We obtain a dynamic range of up to 90dB for standoff targets at distances of about 3m, in open fields and harsh atmospheric conditions (e.g., rain, fog, snow).

Figure 1. Photographs of the dual-frequency terahertz (THz) sensor system. Left: Two arrays, each of 16 sensors, which operate at central frequencies of 0.3 and 0.6THz (with bandwidths of 10 and 60GHz, respectively). Right: An array of four wide-band sensors (0.2–1THz), with a dedicated four-channel application-specific integrated circuit for front-end signal processing.

We have used our THz system to acquire the images shown in Figure 2. The 2D image includes information about the intensity of the beam reflected from the object, whereas the 3D image also provides information regarding the object's position in space. From both of these images, much can be learned about the physical and material properties of the target. We use the nano-bolometric quadratic characteristic as a mixer of the transmitted and received THz beams. The resultant signal provides the data required for 2D imaging (i.e., amplitude, and x, y position), as well as the distance of the reflected signal (needed to image the third dimension).

Figure 2. Images obtained with the THz system. Left: A 2D image of a coil wound on a plastic reel and packaged in a box. Right: A 3D THz image of a cigarette lighter that is half-filled with gas (inset shows a photograph of object).

With the high sensitivity of our THz sensor, we can obtain depth resolution down to a few micrometers. This capability therefore opens up a number of applications, e.g., positioning systems and tomography imaging of materials that are transparent or semi-transparent at THz frequencies. Such tomography imaging of objects is illustrated in Figure 3. The objects shown are packaged within visually opaque materials, such as plastic wraps, paperboards, and cartons. Furthermore, we have developed a miniature version of our THz sensor so that it can be easily embedded into larger systems or at a high level of integration within a computer system. Our mini-THz sensor array (see Figure 4) can be used to detect a THz beam or to capture reflection/transmission THz images in real time. It incorporates all the necessary electronics, a data processing module, and a USB-to-serial driver that facilitates the information stream of the captured THz beam. 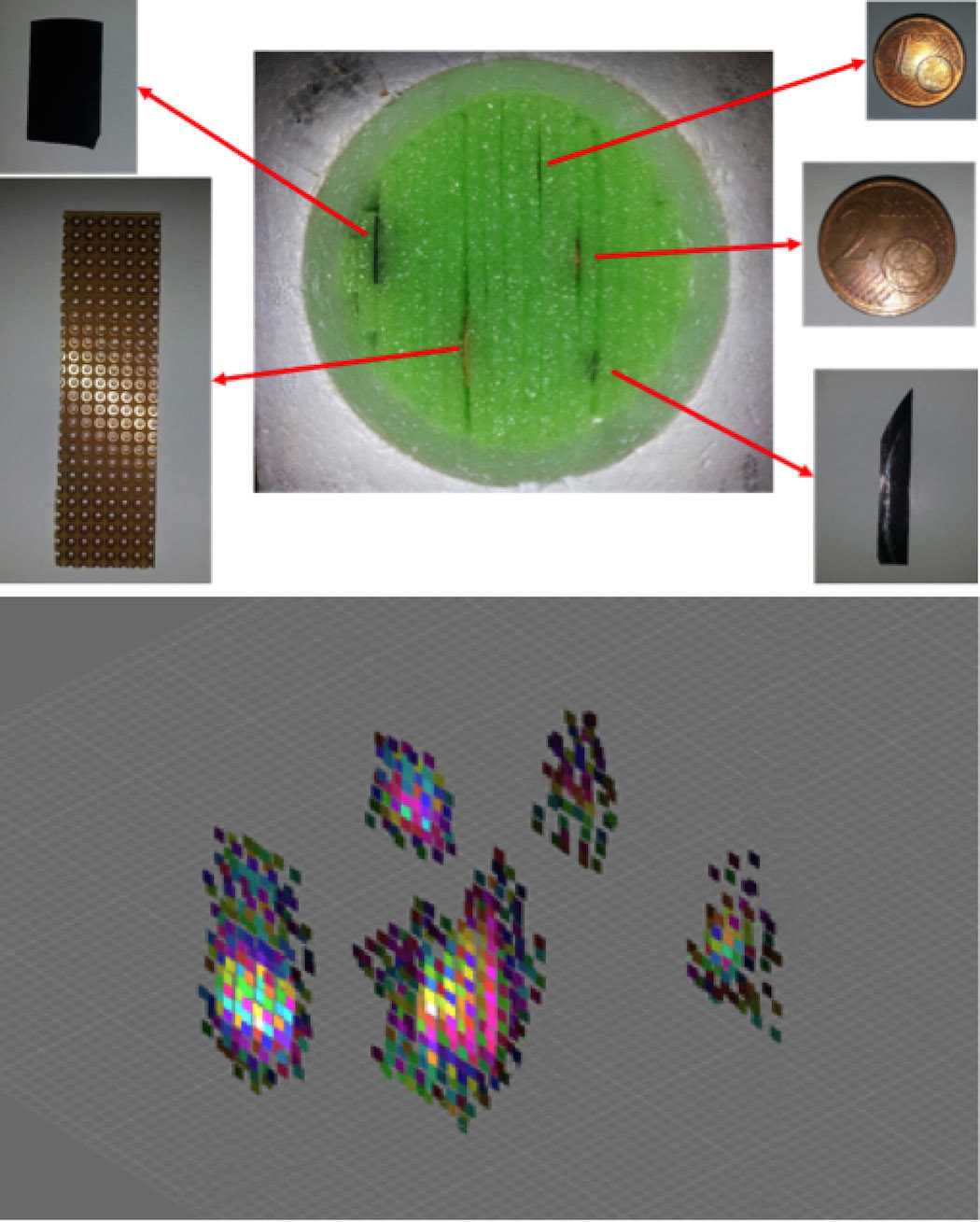 Figure 4. The miniature THz sensor system. Shown on the right with its USB connection.

We have developed a new THz imaging system that is built entirely from solid-state electronic components. Our system includes a frequency-modulated continuous-wave THz illumination source and antenna-coupled nano-bolometer MEMS sensors. We can use our system to obtain 2D and 3D images, with excellent sensitivity, S/N ratios, and depth resolution. In addition, we have produced a miniature version of our system, which can be embedded within larger infrastructures. Our THz imaging system is thus suitable for several security applications. Our most important future challenge is to develop a miniature, integrated, and efficient THz source to replace the inefficient frequency multipliers. Our preliminary design for such a source shows promising results.

Janez Trontelj is a professor and chair of the Microelectronic Technologies and Laboratory for Microelectronics. He is active in the design of magnetic and mechanical microsystems, mainly for the automotive industry. For the last few years, he has led the THz imaging project.

Aleksander Sešek is an assistant in the Laboratory for Microelectronics. He is mainly involved in the design of integrated sensor systems and in the development of THz sensor systems for security, medical, and industrial applications.