High-energy pulsed carbon dioxide (CO2) lasers are used in micromachining for material cutting, drilling, welding, and re-forming. To achieve precise control of angular-variant polarization and phase, one well-known technique is to induce radial polarization of a vectorial vortex beam (one which is cylindrical, and axially symmetric).1 For practical applications, radial polarization achieves levels of surface smoothness and feature sharpness that are not attainable when using uniform linear and circular polarization.2 However, although it is possible to achieve active control of beam polarization using special resonators, this approach requires complicated alignment and a large laser system. To further the development of this technology, it is desirable to have a simple device that operates using a variety of light sources and enables a beam profile with high power density. For active control of beam polarization, electrically or mechanically (and not just generation of the vectorial vortex beam), it is also important to achieve a single-shot observation method in real time. Furthermore, to date there has been no demonstration of a simple device using the passive method (which enables varied output polarization depending on the input) for a short-pulse, high power density CO2 laser beam that avoids damaging the polarization monitor.

Figure 1(a) shows our setup for passive control of high-energy pulsed vectorial vortex beams. We used a 10Hz Q-switched CO2 laser at a wavelength of 10.6μm to generate the vectorial vortex beam with sub-10mJ energy per pulse at a pulse duration of 15ns. The achromatic axially symmetric waveplate enables conversion of the arbitrary polarized beam with a Gaussian profile into the vectorial vortex beam with a ‘doughnut’ profile,6 and is fabricated in ZnSe to operate in the mid-IR region. Figure 1(b) shows the phase retardance properties along the slope angles of the waveplate at wavelengths of 0.63 and 10.6μm. The waveplate at the slope angle of 65° gives a phase retardance of 90°. We estimated the transmitted coefficients—shown in Figure 1(c) as the broken line—by Lambert-Beer's law (which describes attenuation of light in terms of the material through which it travels). The phase retardance—the solid line in Figure 1(c)—is achromatically controlled below 3° at the slope angle of 65° in the spectral range 0.55–15μm. 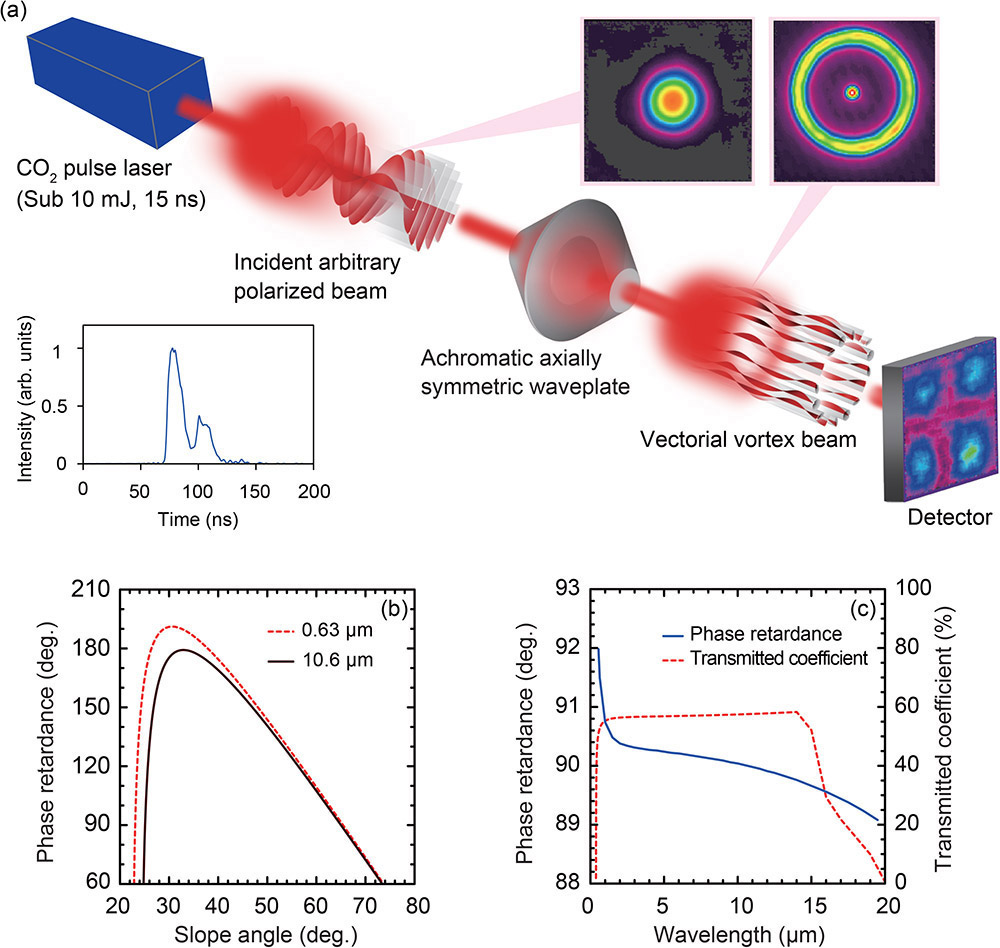 Figure 3. (a) Polarization distribution on the vectorial vortex beam. (b) The single-shot polarization determination decides ellipticity (solid line) and its azimuth (dashed line) along the angle on the beam. a.u.: Arbitrary units.

In summary, we have demonstrated passive control to produce a 10.6μm, sub-10mJ, 15ns vectorial vortex beam and to determine its polarization by an achromatic axially symmetric ZnSe waveplate. The maximum throughput was 58.7% with the input beam diameter of 4mm. This solution potentially solves the limitations of low-damage threshold, material absorption, and narrow spectral bandwidth for micromachining. Our future work will focus on producing radial polarization with flat phase (no optical vortex beam)3 for micromachining applications that require surface smoothness and feature sharpness.