Aggregation of nanoparticles can cause significant changes in the absorption and scattering coefficients of suspensions.
08 February 2016
Dengwei Jing and Dongxing Song

Solar thermal collectors and photovoltaic (PV) systems are typical applications of solar energy. To be competitive with conventional (i.e., fossil fuel) systems, such solar energy devices need to have high efficiency and low costs. For a PV system, when the incident photon energy is greater than the band gap of the semiconducting material, the extra energy is converted into wasted heat rather than electric energy. This means that the efficiency of the PV cell is severely affected, and a method of active cooling for the PV is required.1 A promising active cooling approach is to combine a concentrating PV cell with a solar thermal collector. This method is referred to as a concentrating hybrid PV/thermal, and can be used to achieve almost double the efficiency of the best PV-only systems. In a previous study, we found that nanofluids with good transmittance and high thermal conductivity can enable the PV and thermal systems to be decoupled. This means that each can be operated at an optimum temperature.2 In such a case, the nanofluids can act as both the thermal absorption medium and as optical filters. Understanding the optical and hydrodynamic properties of nanofluids is therefore a crucial part of work in solar energy systems.

Nanoparticles—because of their nanoscale size and high surface energy—have a tendency to aggregate into large secondary agglomerates (even in the presence of an anti-agglomeration agent). This can cause a significant change in the thermal and optical properties of the suspension.3 Indeed, the optical properties of nanofluids are important parameters that affect the efficiency of their photothermal conversion of solar energy. In some previous studies, it has been found that predicted absorption coefficients—according to Rayleigh scattering theory—are many times smaller than experimental results.4 Scattering modes of small particles (see Figure 1) depend on the relative sizes of the particles and the light wavelength. When considering aggregation processes, the final particle-size distribution (PSD) will cause different scattering modes. This is especially true if the incident light has a wide wavelength range. 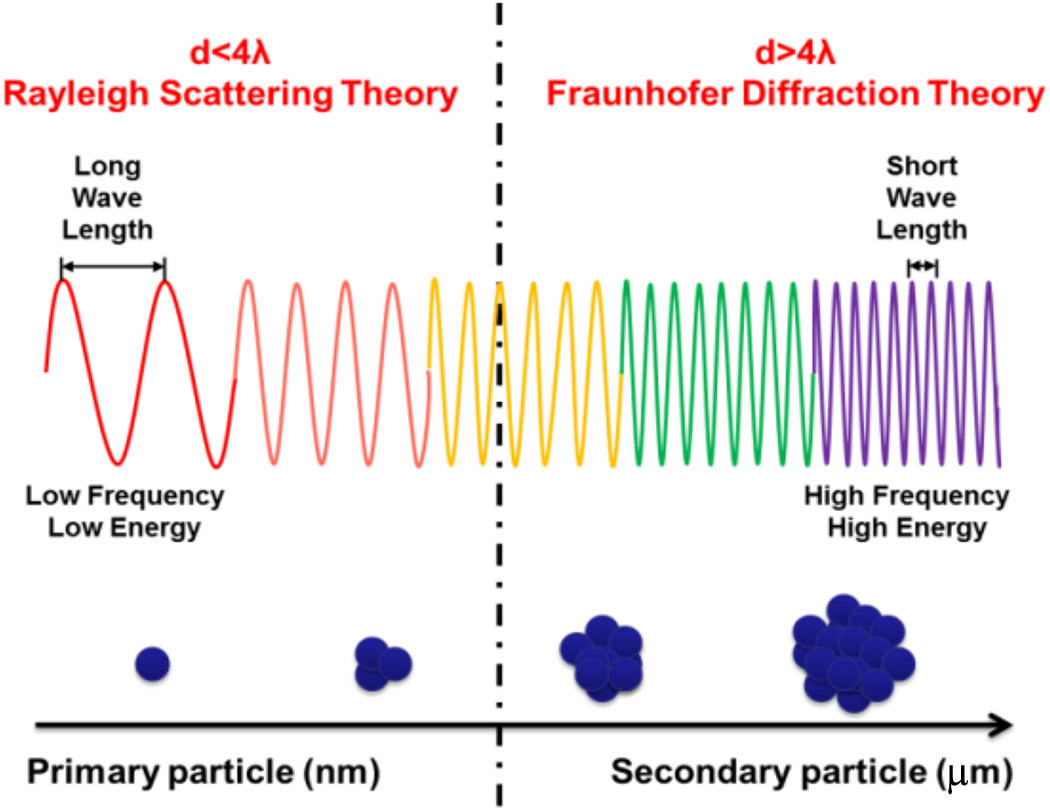 Figure 1. Theories of light scattering depend on the relative size of particles (with diameter, d) and light wavelength (λ).

The aggregation properties of nanosized particles in fluid are therefore the primary focus of our study. In general, nanoparticles in an aqueous phase experience strong Brownian motion and frequently collide with one another. Van der Waals forces between the the particles mean that a large proportion of these collisions are inelastic. In addition, the non-uniform velocity (shear velocity) of the nanoparticles can also lead to the coagulation of particles and fragmentation of aggregates, which ultimately allow an equilibrium PSD to be reached after a certain time.

We have introduced a population balance model to describe and model the coagulation and fragmentation processes of nanoparticles. The key role of this model is to determine the probabilities of coagulation and fragmentation when the velocity, temperature, and size of the aggregates change. We have also introduced the effect of Brownian motion into our model. This makes the model applicable to fluids that contain a range of particles (i.e., with sizes ranging from the nanoscale to the microscale). Results from our model—for a 0.01% titanium oxide/water nanofluid—indicate that the average particle size increases very quickly at the initial stage, but then slows down with time until the equilibrium PSD is achieved. We also used the light scattering technique to obtain an experimental measure of the nanofluid's final PSD. A comparison of our theoretical and experimental results (see Figure 2) shows that our model has a satisfactory accuracy for predicting the PSD of a particle suspension with various concentrations.5 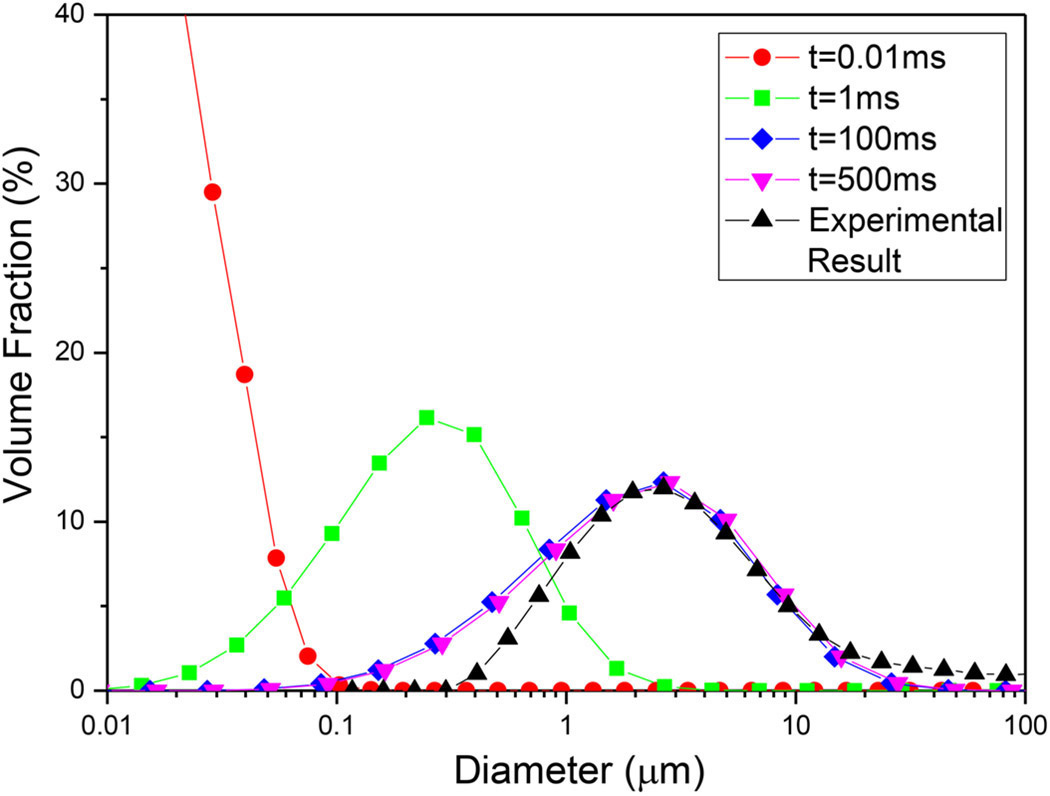 To examine the interactions between light and particles for a widely distributed nanofluid PSD, we used Rayleigh scattering theory for small particles and Fraunhofer diffraction theory for large particles. By comparing the wavelength and particle size, we are able to choose the correct model to describe the scattering process. We assessed the contribution of nanoparticles to the optical properties of nanofluids by obtaining the average value of the absorption and scattering coefficients (based on volume fractions for all particles with different sizes). We also used a UV-visible spectrophotometer to experimentally measure the absorption coefficient values.

In summary, we have investigated the aggregation properties of nanoparticles in suspension and have developed a population balance model to describe their coagulation and fragmentation processes. With this model, which we have experimentally verified, we can theoretically calculate the optical properties of nanofluids. This is an important endeavor in the development of solar energy systems. In our future work, we will aim to find a more generalized model for application in various solar energy technologies that use particle-containing fluids as the media for energy conversion (e.g., solar heating and cooling, and photocatalytic processes).

Dengwei Jing received his PhD in 2007 from Xi'an Jiaotong University, where he is now a professor. His research interests include solar energy utilization, hydrogen production, and particle fluids.