Nanopore sequencing (which refers to threading DNA through nanometer-sized pores) is a promising approach for achieving long-read, label-free, single-molecule DNA sequencing with very high throughput and low cost.1, 2 Personalized medicine is expected to be a growth area in the future, and would require fast DNA sequencing.3 Therefore, both biological and solid-state nanopores have been intensively studied in recent years. The most used DNA sequencing method, common to both biological and solid-state nanopores, consists of detecting changes in ionic current through a nanopore during the translocation of DNA and identifying the four types of nucleotides through these changes.

The spatial resolution of a nanopore sensor is determined by the thickness of the membrane. As the distance between neighboring nucleotides in DNA is very short (approximately 0.4nm), thinning the membrane is a very important issue for highly accurate discrimination of each nucleotide in DNA.

Here, we report stable wafer-scale fabrication of ultra-thin silicon nitride membranes using the polycrystalline silicon (poly-Si) sacrificial process. The process flow for fabricating the membranes is shown in Figure 1. The most important part of this process is wet etching of the Si substrate and the poly-Si sacrificial layer. Tetramethylammonium hydroxide and potassium hydroxide (KOH) aqueous solutions do not etch the silicon nitride (Si3N4) film, due to its strong chemical resistance to these solutions. In addition, this process has the advantage of enabling the fabrication of membranes with a small circular area approximately 500nm in diameter that reduces the probability of initial breakage of the membrane. Figure 2 presents detailed information on the thickness of the deposited Si3N4 films measured using ellipsometry. The film thickness at each point on the eight-inch wafer is shown in Figure 2(a), and the cumulative probability of the thickness value is shown in Figure 2(b). The variation in the film thickness was quite small (3.10–3.35nm), and the average thickness was 3.18nm. Figure 3(a) presents cross-sectional scanning transmission electron microscope (STEM) images of the Si3N4 films at three points on the wafer: (1), (2), and (3) in Figure 3(a). From these STEM images, the Si3N4 film thickness was found to be approximately 2.7nm, which agrees with the thickness measured using ellipsometry. Top-view transmission electron microscopy (TEM) images of the membrane are shown in Figure 3(b). This figure confirms that the poly-Si sacrificial layer can be removed by etching with aqueous KOH solution, and that clean Si3N4 membranes can be fabricated. The results presented in Figures 2 and 3 confirm that Si3N4 membranes, approximately 3nm thick, can be fabricated using the poly-Si sacrificial layer process. 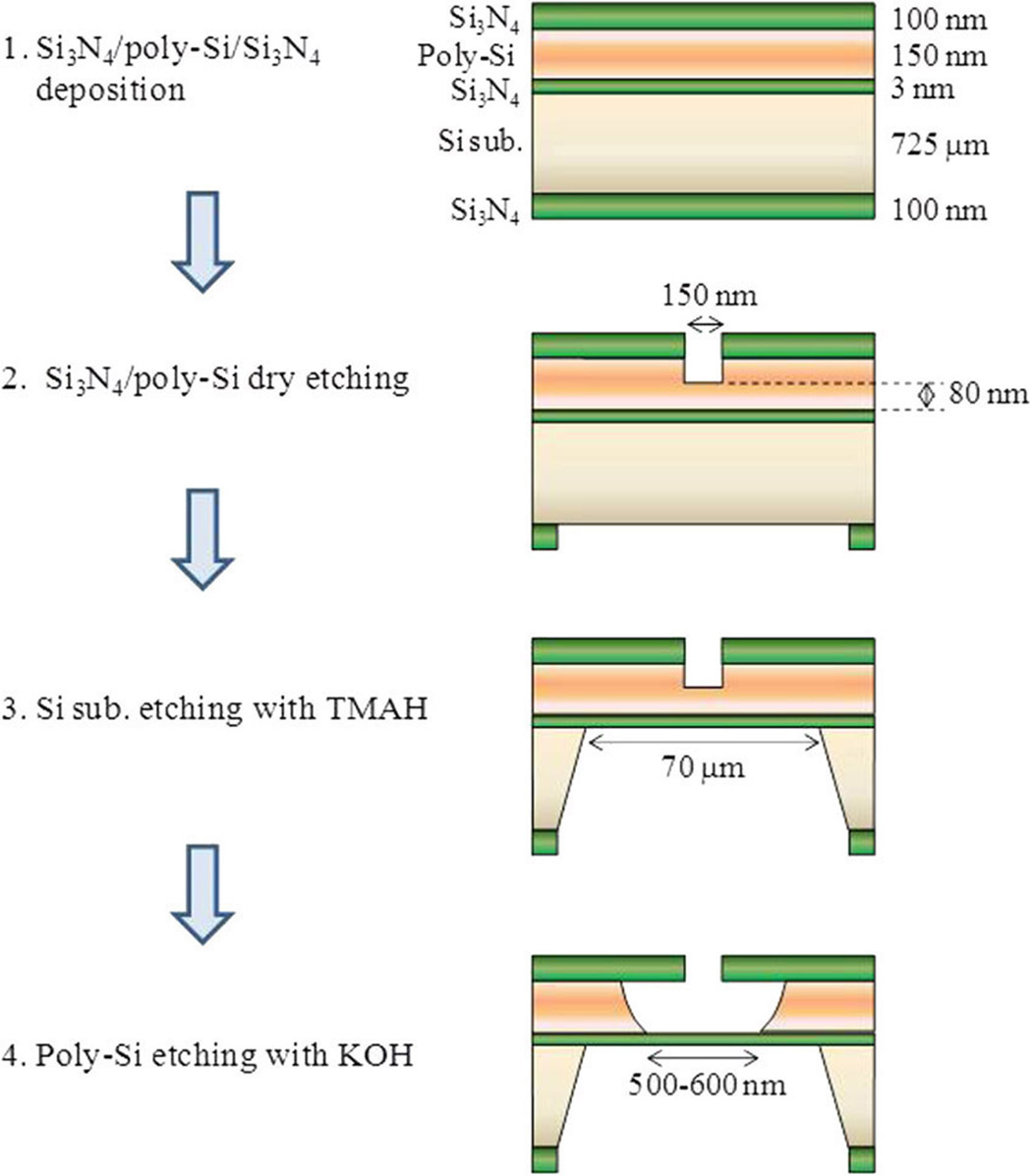 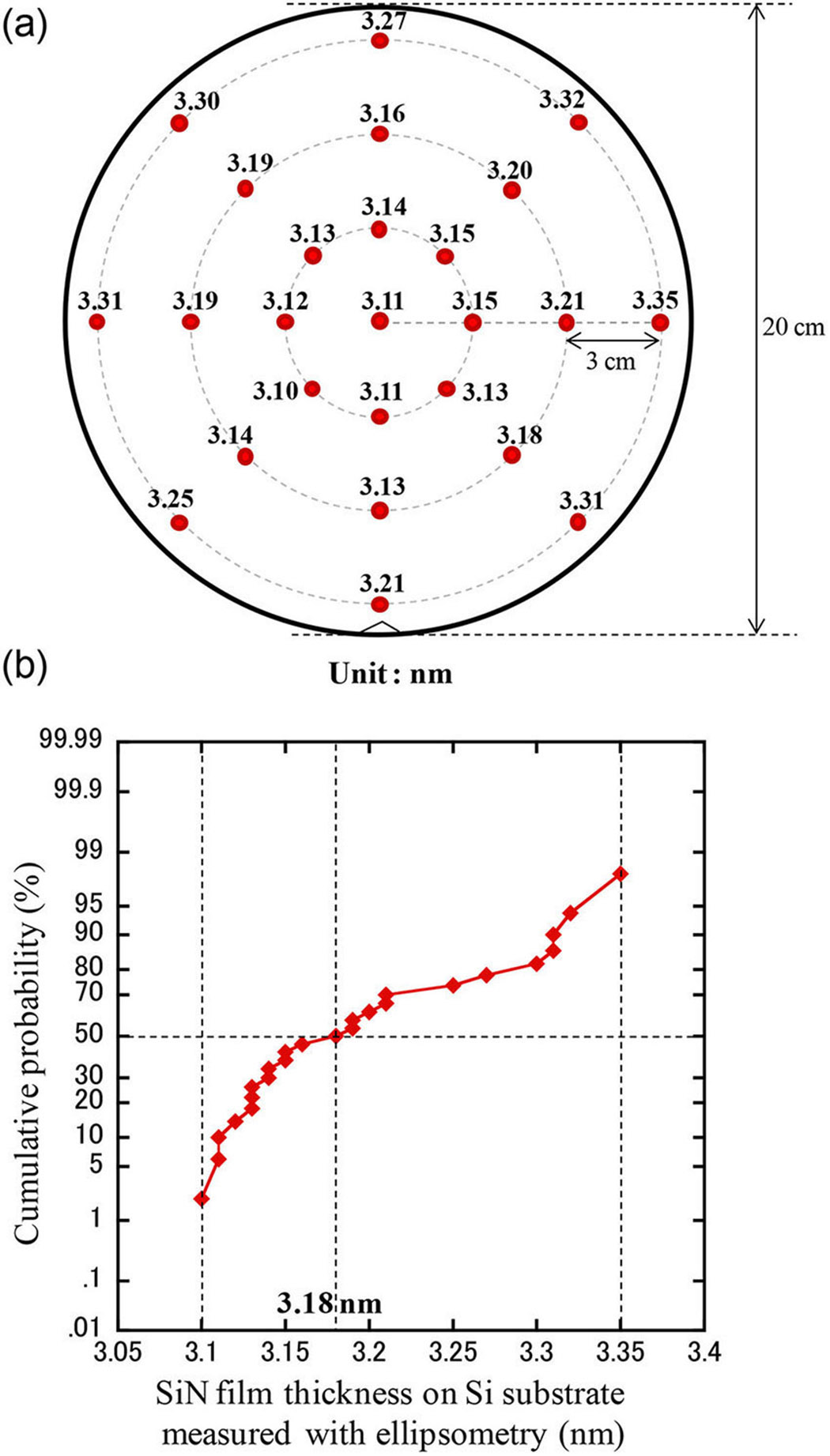 Figure 2. Thickness of SiN films measured using ellipsometry. (a) The thickness measured at 25 points spread over the wafer. The reflective index was set to 2.0. (b) Cumulative probability of the measured thickness values. 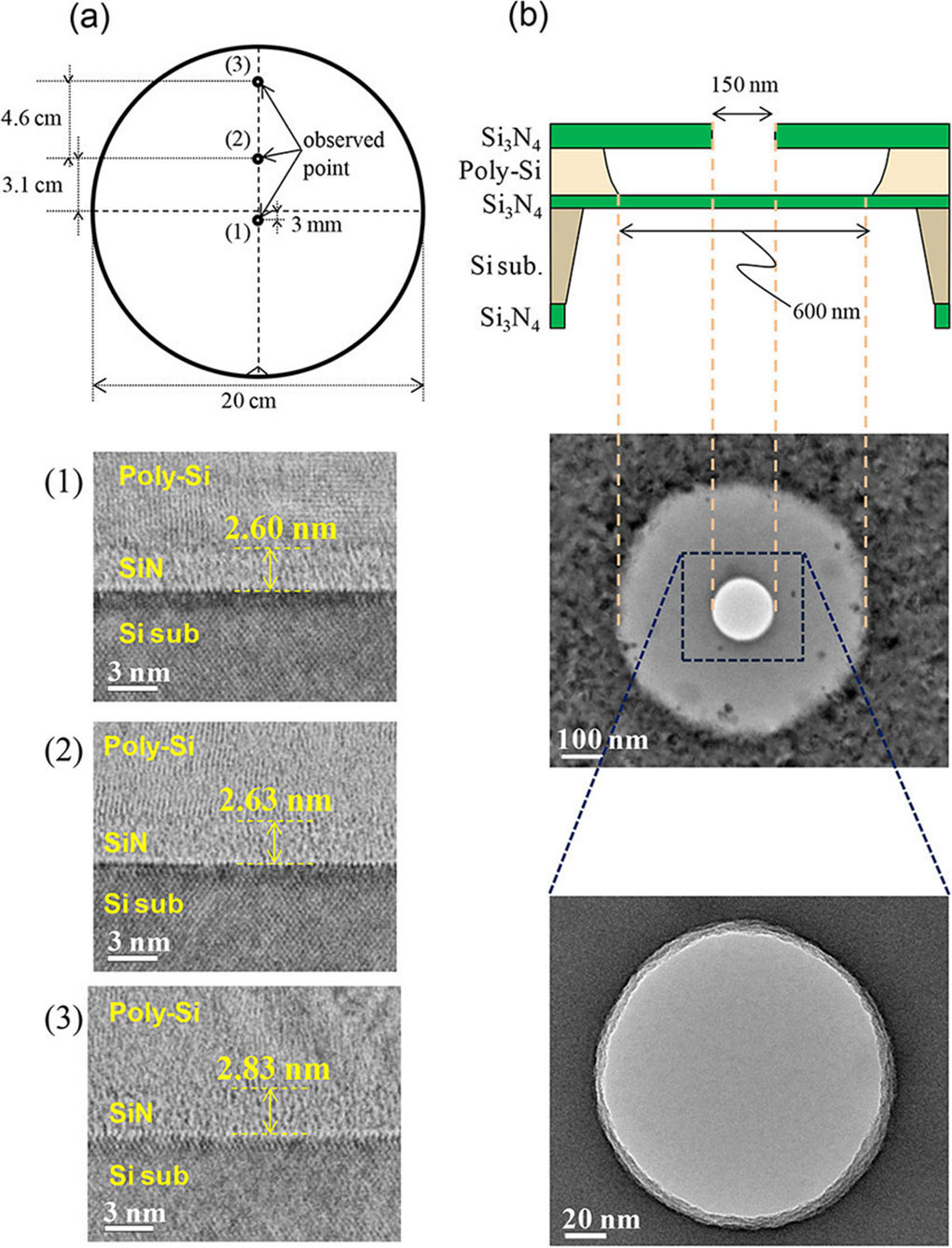 Figure 4(a) presents TEM images of nanopores (with diameters approximately 2–6nm) fabricated via focused-electron-beam etching. The mean diameter (φm) was defined, using an ellipsoidal approximation, as

where φl and φs are the major and minor axes, respectively, of the nanopore measured from the TEM image. The relationship between φm and the conductance of the ionic current through the nanopore (G0) is illustrated in Figure 4(b). The currents were recorded 3–5s after a voltage (0.1V) was applied. The plotted measurements were fitted with the theoretically calculated lines,4 using the current through the nanopore and voltage across the membrane. The diameter of the nanopore was controlled by adjusting the irradiation time and the electron flux of the focused-electron beam. 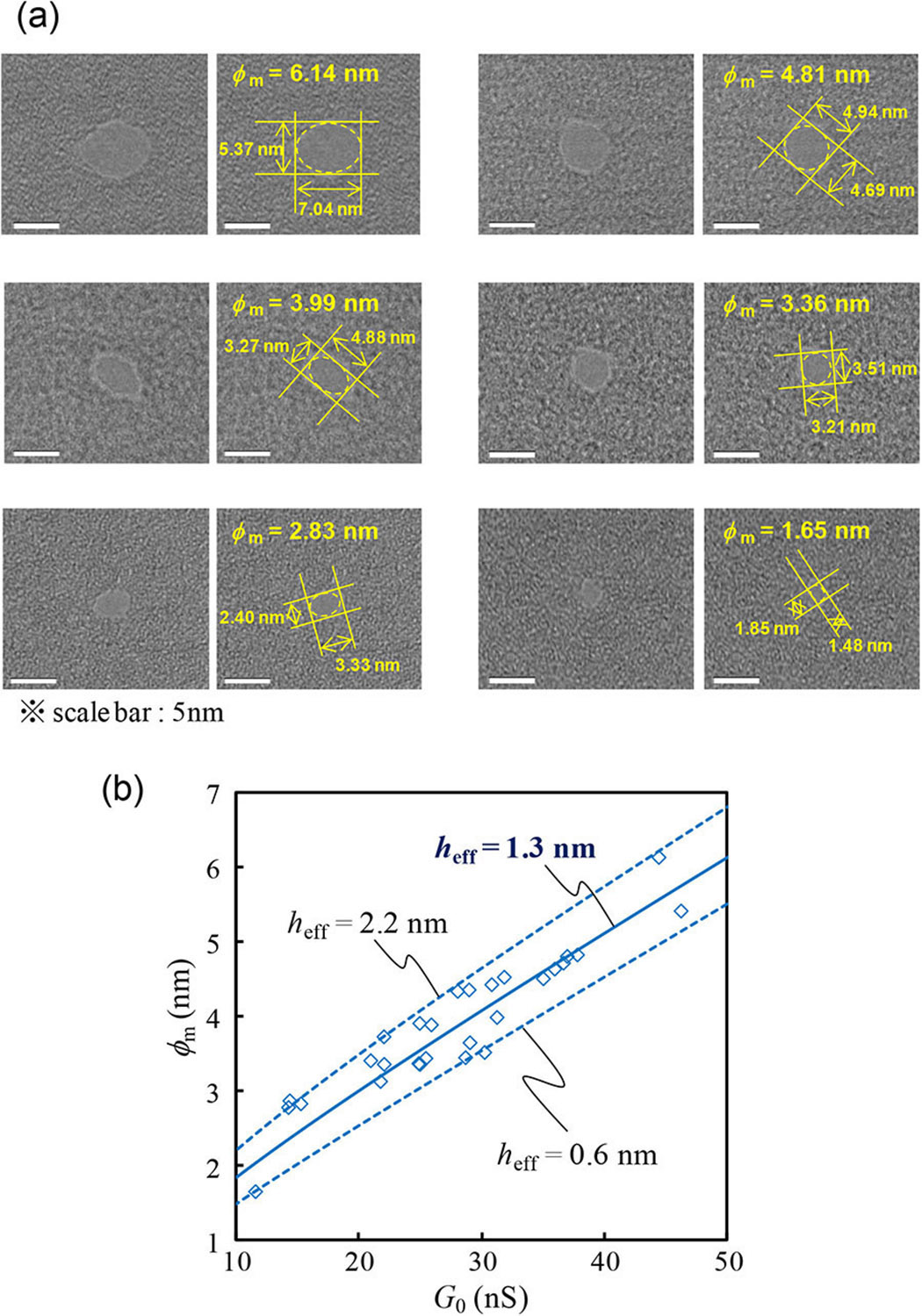 Figure 5 shows a scatter plot and histogram of the ionic-current blockades during double-stranded DNA translocations through the nanopore with a φm of 2.88nm. The voltage applied was 0.3V. The mean conductance blockade, ΔGP, is approximately 9.7nS. We used a geometric model5 to estimate ΔGP from the conductance measurements of the inside of the nanopore and the access resistance region during DNA translocation. The estimated ΔG is 9.73nS. This value is in good agreement with the experimental results.

In summary, we fabricated Si3N4 membranes with thicknesses of approximately 3nm across a wafer with extremely low variation in thickness. We thus believe that the poly-Si sacrificial layer process is a promising approach for fabricating ultra-thin membranes for solid-state nanopores. More detailed information on this study is available elsewhere.6 Our next step will be to discriminate the four types of nucleotides in DNA using the fabricated nanopores.

Itaru Yanagi joined the Central Research Laboratory at Hitachi Ltd. in 2005. From then to 2009 he was engaged in development of semiconductor flash memory devices. Since then he has been developing biosensors. His research mainly focuses on nanopore semiconductor sensors for DNA sequencing.