Selective laser melting (SLM) is an additive manufacturing technique that potentially enables new, complex-shaped geometries. It allows us to build prototypes of freeform reflectors from polymer-based materials with functional surfaces to which we can then apply a coating. Alternatively, we can create aluminum-based prototypes that do not require coating. Both strategies would reduce the manufacturing time and the carbon footprint of complex-shaped optical elements.

To evaluate the opportunities and challenges of SLM for optical reflectors, we considered an automotive high-beam module comprising four blue laser diodes emitting blue light onto phosphor placed at the focal point of the reflector. This leads to the emission of nearly parallel light.

The advantage of a laser-based light source using phosphor to generate white light is that the emission point of the white light is smaller than for other light sources, such as LEDs.2 Therefore, we can also make the optical system directing the light smaller, or—by maintaining its size—we can direct the light with higher precision. The latter is interesting for our high-beam module, since our goal is the emission of nearly parallel light.

One of the most important properties of an optical reflector is the precision of its reflective surface. Since the roughness of SLM parts is too high for optical components, post-processing steps are necessary. Two factors have a strong influence on the quality of SLM-generated surfaces: the part's orientation during the development process, and the applied laser power. To show the influence of the laser power, we analyzed a sample reflector with eight different settings, starting with the lowest power at reflector 1 and ending with the highest at reflector 8. Figure 1 shows reflectors 1 and 8, with a detailed view of the reflective surface. As a typical first post-processing step we used sand blasting to remove adherent powder grains and to smooth the surface. The facets in the structure of the reflector are almost invisible in reflector 1, while they can clearly be seen in reflector 8. This reflector (8) shows a significantly lower surface roughness, although at its upper edge there are several lines caused by increased laser power, and therefore there is a broadening of the contour edges. Figure 2 (after sand blasting) shows that low laser power leads to rough surfaces. The roughness is less as the laser power increases, and this therefore reduces the work required at the post-processing stage. By contrast, the weight of the part, measured before the supporting structures have been removed, rises with increased laser power, indicating a broadening of the part's contour. Therefore, we need to find a compromise between the precision of the geometry (at low laser power) and low surface roughness (at increased laser power). 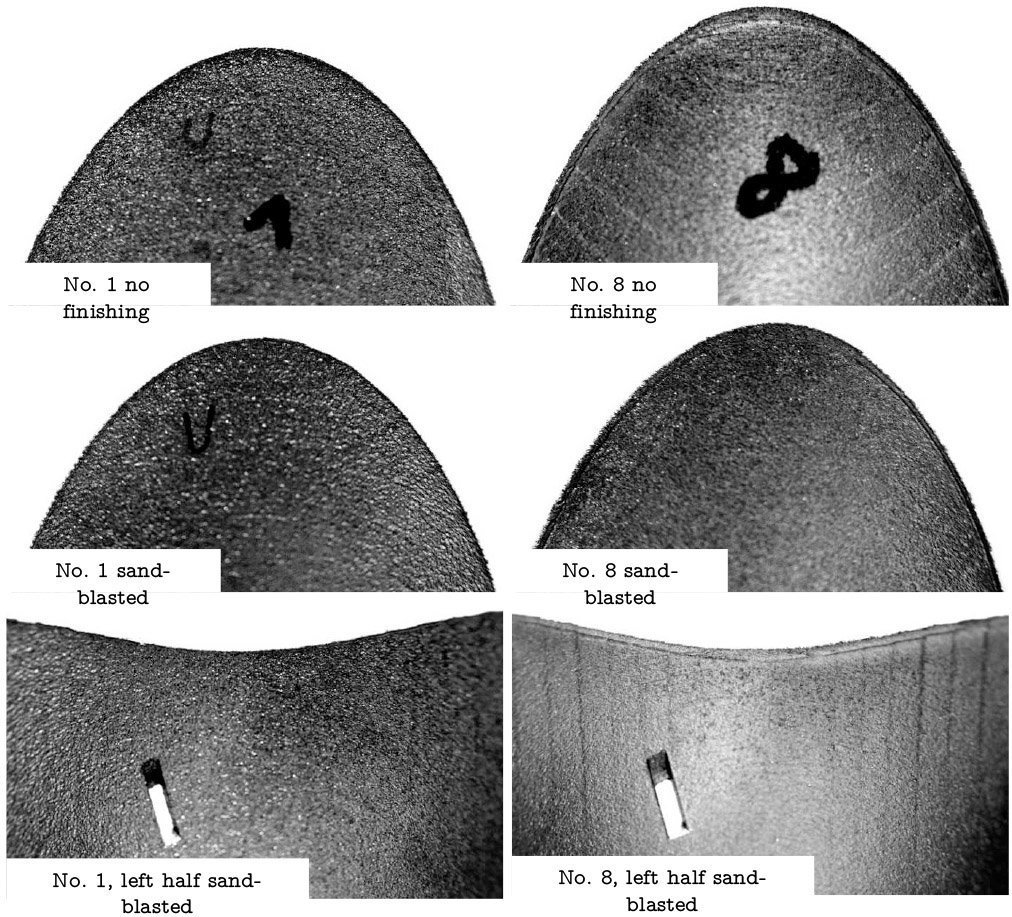 Figure 1. Photos of laser-sintered reflectors 1 and 8.1 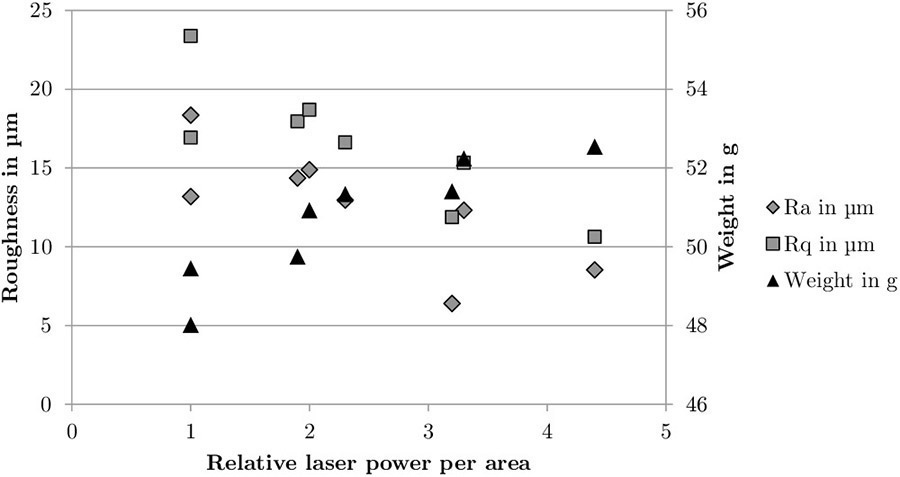 The raw material (in this case, aluminum powder) is used very efficiently in additive manufacturing processes. Excepting the part itself, only the support structures need to be generated. Compared with a conventional manufacturing process—milling, for example—additive approaches lead to significant reductions in the use of raw materials for filigree parts such as the reflector (see Table 1). That said, the effort to generate and store the powder material is higher than for wrought material, and energy consumption of the SLM machine is higher. Nonetheless, taking into account all the steps—production, transport, and storage of raw materials, the manufacturing process itself, and the recycling of support structures and swarfs (debris)—the SLM process reduces the carbon footprint of producing a single reflector.3

Post-processing, which we did not take into account in calculating the carbon footprint, is significantly higher for the SLM than for the milled reflector. The high surface roughness makes it necessary to generate the reflector with a slight overmeasure, and we need to follow this step with blacking and hand or machine polishing.

In summary, we have explored the use of SLM for fabricating optical components, and found it to be an efficient method with a carbon footprint that compares favorably with that of conventional fabrication techniques. Although SLM makes it relatively easy to generate a rigid structure that serves as a mounting base for additional parts, the requirement for a high reflection grade is a serious challenge. The typical SLM aluminum alloy AlSi10Mg offers a reflection grade of 50–70% after polishing, depending on the process parameters and the wavelength of the light. Therefore, our future studies will center on evaluating other alloys for this purpose.1

Roland Lachmayer is full professor and head of the Institute of Product Development. He studied mechanical engineering at the Technical University, Braunschweig, where he received his PhD, and afterward worked at Hella KGaA, Hueck & Co., and AEG Power Solutions AG.