A coating of tungsten oxide, palladium, and platinum on optical fibers produces a hydrogen sensor capable of detecting and measuring concentrations down to the parts-per-million level.
13 January 2016
Minhong Yang, Gaopeng Wang, Feng Xiang and Jixiang Dai

Hydrogen is regarded as a key resource for future renewable and sustainable energy systems, but it is also highly explosive in the presence of oxygen, and can be flammable in air. Therefore, developing a system for the timely detection of hydrogen in the environment is a primary concern. One approach uses optical fiber hydrogen sensors, such as evanescent,1 micromirror,2 interference,3 surface plasmon resonance,4 and fiber Bragg grating (FBG) sensors.5 However, the responsiveness of these is much lower than for a conventional electrode hydrogen sensor, and improvements are therefore required to ensure hydrogen sensitivity down to the parts-per-million (ppm) level.

We propose a novel fiber optic hydrogen-sensing concept and system that enables hydrogen metrology at concentrations down to the ppm level. The sensing element in our system is a hydrogen-sensitive film deposited over the fiber tip. Using controlled excimer laser exposure, we prepared a pair of FBGs to have high/low reflectivity for hydrogen sensing and measurement (see Figure 1). We then used the peak intensity of the highly reflective FBG (FBG1), which is only lightly influenced by the hydrogen-sensitive film, as a reference. For hydrogen characterization, we employed the peak intensity of the low-reflective FBG (FBG2), which is sensitive to the reflectivity of the hydrogen coating deposited on the tip.

We deposited the hydrogen-sensitive film—a composite of tungsten oxide-palladium-platinum (WO3-Pd/Pt)—on the end face of a single-mode fiber (see Figure 2). The edge of the fiber's tip shows dust and several defects caused by improper operation during testing. However, the morphology of the film deposited on the single-mode fiber core looks uniform after hydrogen response, demonstrating the good stability of the WO3-Pd/Pt multilayer. 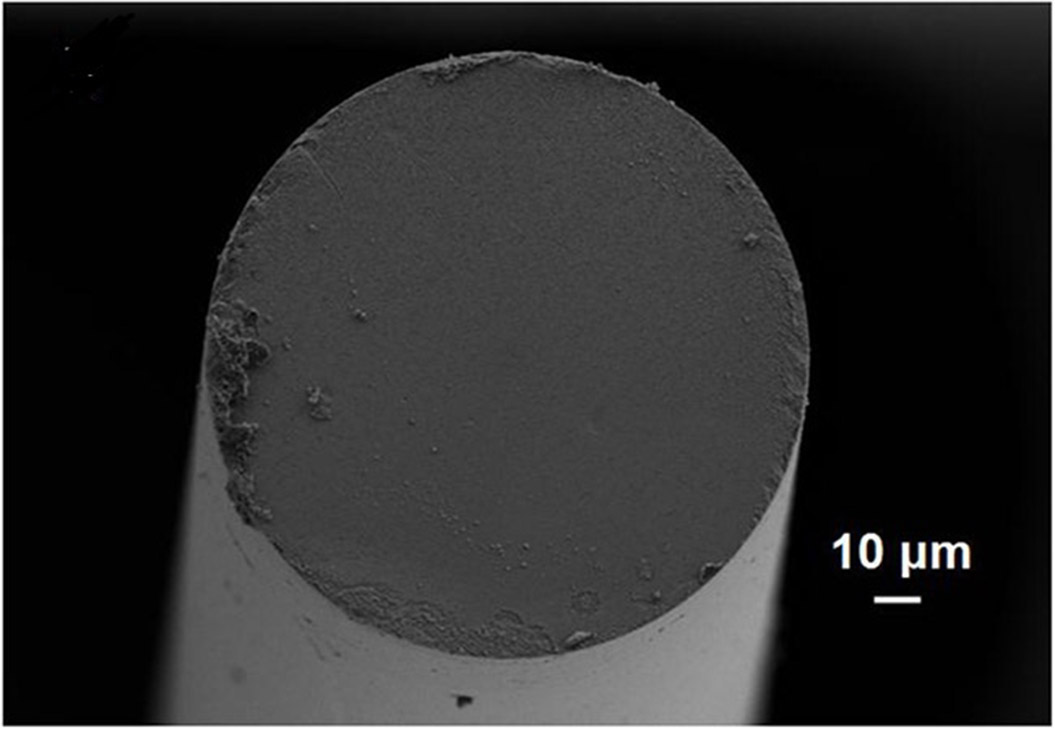 Figure 2. Scanning electron microscope image of a fiber tip after hydrogen response. The tip is coated with a WO3-Pd-Pt multilayer. No crack can be detected in the fiber, showing its good mechanical performance.

Figure 3(a) depicts the response of the sensor under different hydrogen concentrations. The peak intensity of FBG1 hardly changes, showing a good reference. Therefore, we can correlate hydrogen concentration with the intensity ratio FBG2 to FBG1. The system is immune to noise interference, such as power fluctuation in the light source, or intensity loss caused by fiber bending. As shown in Figure 3(b), we can explore the sensor's capacity for hydrogen characterization when the fiber optic is corrupted. After bending the single-mode fiber, the peak intensity of the two FBGs is nearly one third of its initial value, while the intensity ratio of FBG2 to FBG1 remains the same as it was in the fiber's original state.

Figure 3. Reflective spectra of a single-mode fiber inscribed with two FBGs under different hydrogen concentrations. (a) Before bending of the fiber. (b) After bending. Larger peak: FBG1. Smaller peak: FBG2.

In conclusion, we have demonstrated a novel optical fiber hydrogen sensing system that can detect hydrogen at concentrations as low as 50ppm at room temperature (25°C). The sensor responded quickly during hydrogen characterization, and shows greater sensitivity to lower concentrations. To improve our approach, we will consider optimizing the hydrogen-sensitive film, using a more stable amplified spontaneous emission light source, and FBGs with smaller wavelength differences.