Smartphone spectrometers and other instrumentation

Ubiquitous capable devices, which are empowered by the Internet of Things, have the potential to transform science and diagnostics by enabling large networks of remote measurements.
08 January 2016
John Canning

Today's smartphones are arguably some of the most advanced technologies that have ever been produced. For example, the Samsung Galaxy 6 smartphone plausibly outclasses the best supercomputers from less than a decade ago. In addition, trends such as the ‘selfie’ phenomenon are driving even further technological progress, i.e., to shrink components, mass-produce the best imaging CMOS devices, use the smallest gyroscopes possible for accurate positioning, create and integrate the most energy efficient compact red, green, and blue (RGB) LEDs for displays, and create equally efficient white LEDs for illumination. All of these components must be able to run for many hours on a single, super-green battery package and be controlled by a host of devices and signal processing software (which, in principle, anyone can modify, create, and upload via the Internet). Indeed, it is likely that these ubiquitous smartphones perform better than much instrumentation in many laboratories. The smartphone platform, however, has yet to be fully leveraged for laboratory-style investigations.

If smartphone laboratories are realized, their accessibility becomes just as important as their portability. For instance, it is possible to imagine situations in remote parts of Africa where everyone has a smartphone that can be charged at the local village shop (perhaps with a solar charger) and can be used to make spectral analyses of biological pathogens or chemicals. Ideally, such measurements could be made in real time so that they can be correlated efficiently with similar measurements from other locations. As such, something like the recent Ebola crisis could be better managed and contained. This requires an Internet of Things to be in place, and for data to be collected (as well as shared and mapped) from a grid of smartphones. This would represent an unheralded case of novel spectroscopy mapping.

In our work we aim to achieve multiple instrumentation or functionality on a smartphone. We build on earlier studies in which we demonstrated that a smartphone screen's RGB display can be used to excite fluorescent dye-doped large spheres that are self-assembled from nanoparticles. This process represents the basis for the ‘lab-in-a-phone’ concept, which is particularly attractive for biosensing and biomedical applications.1

In conventional absorption and fluorescence spectrometers—as shown in Figure 1(a)—the excitation source is often placed at an angle of 90° to reduce the likelihood of the excitation light reaching the photodetectors. It is thus relatively easy to combine the excitation and detection parts of the instrument. We have built a dual absorption and fluorescence smartphone spectrometer—shown in Figure 1(b)—that is designed with similar principles.4 The optical excitation power density associated with absorption and fluorescence spectrometers is often much higher than the power density of the absorption spectra. In addition, the quantum efficiency of the white diode may be quite low. Smartphone fluorescence spectrometers developed by other groups have invariably required external power sources.5, 6 For these reasons, we use the white flash LED of the smartphone as the optical source in our system. We also use an orthogonally positioned, and interchangeable UV and blue LED, which can be electronically integrated into the smartphone. The dispersive element in our instrument is a low-cost, nanoimprinted diffraction grating that is coated with gold. We are able to achieve photodetection over a wavelength range of 300nm using the dispersive configuration shown. Our entire system is contained within a 3D-printed case and is powered from the smartphone battery. 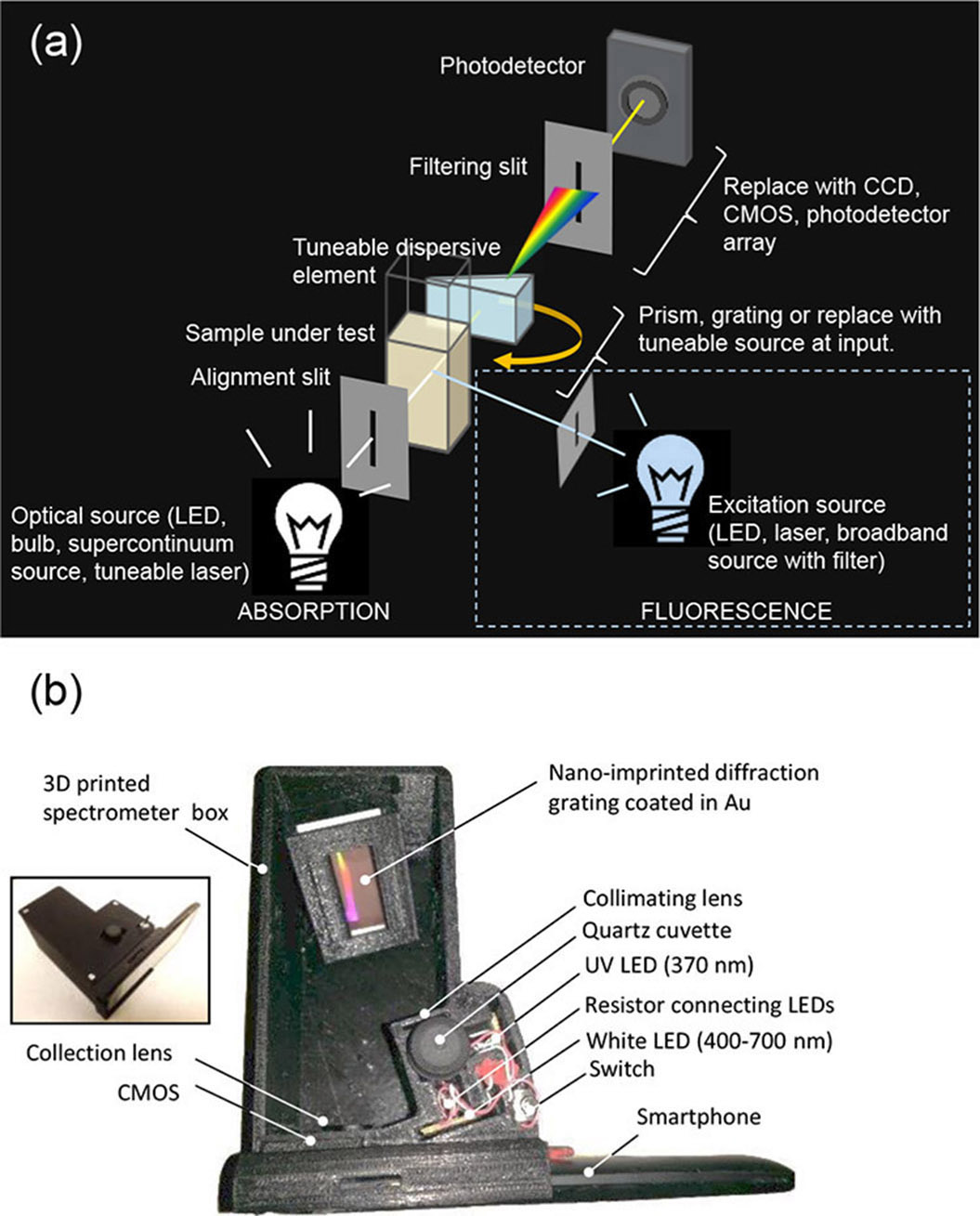 As part of a project involving undergraduate students—which highlights the potential role of smartphone instruments for encouraging local students in science, technology, engineering, and mathematics (STEM)—we have also used our smartphone spectrometer to make characterizations of various fluorescent molecules, such as chlorophyll (see Figure 2). These measurements can thus be used to assess and map water quality,2 and—with designer chemosensors—to measure pH levels.3, 7,8 The students were able to achieve a noise floor of less than 1.8μg/L with our smartphone spectrometer for these measurements. This value is well below the 4μg/L maximum for safe drinking water. 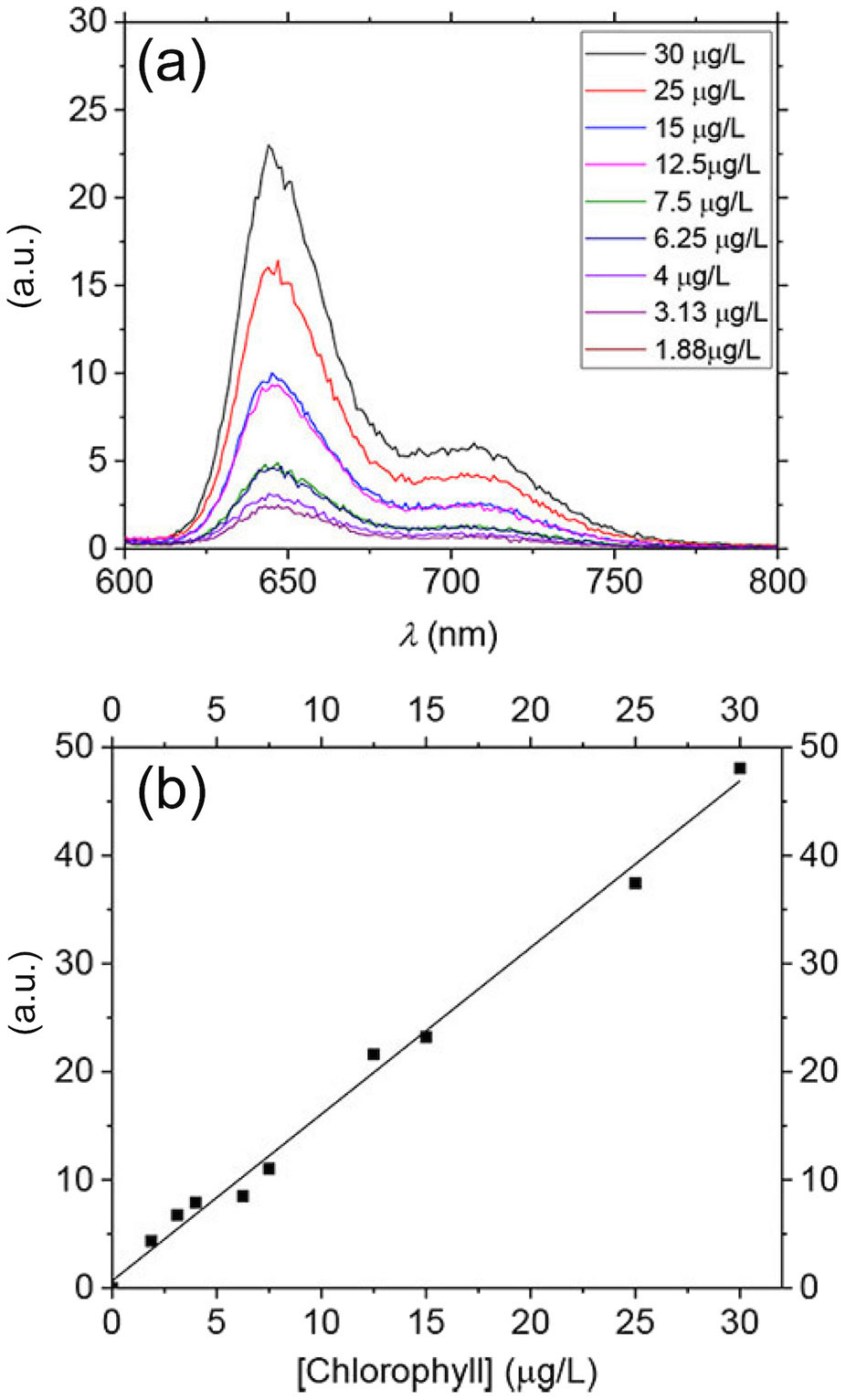 Figure 2. (a) Smartphone spectrometer measurements of chlorophyll at different concentrations. (b) The direct power values of the spectra for the chlorophyll measurements.2 a.u.: Arbitrary units. λ: Wavelength.

Through the use of 3D printing, we have realized novel configurations for our spectrometers. In addition, we have produced novel instrumentation beyond basic spectrometers. For example, a smartphone spectrometer with an endoscope is shown in Figure 3. An interesting aspect is the novel use of a 3D-printed light pipe to deliver LED illumination or excitation down the endoscope. This device has potential biomedical spectroscopy applications. It may also be useful for studying industrial environments that are difficult to access.3 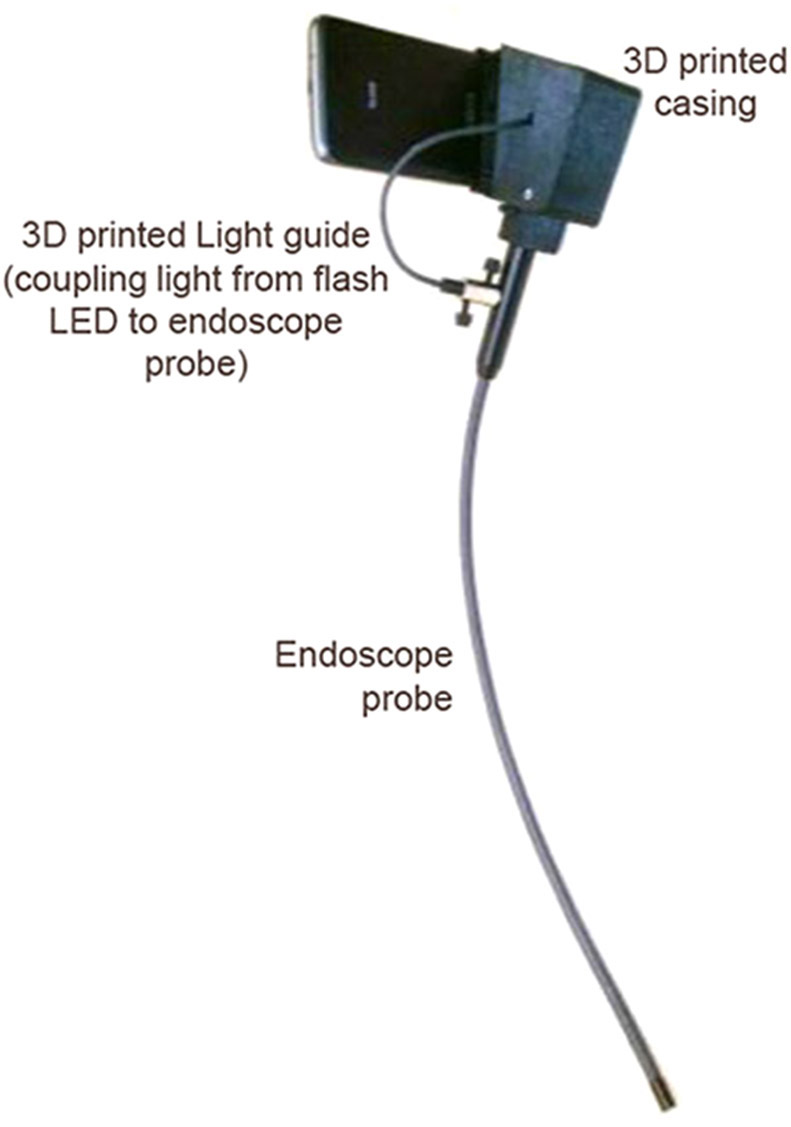 A simple and effective smartphone-based device for characterizing laser beam profiles that we have designed is shown in Figure 4.9 In our beam profiler a phosphor silica glass plate is used to convert UV light to visible (green) wavelengths. This light can then be directly imaged onto an existing smartphone CMOS chip and analyzed with a customized application. We have experimentally validated this instrument by measuring the beam diameter, shape, divergence, quality factor, and output power from two different UV lasers (a 244nm continuous-wave frequency-doubled argon ion laser and a pulsed 193nm argon fluoride exciplex laser). 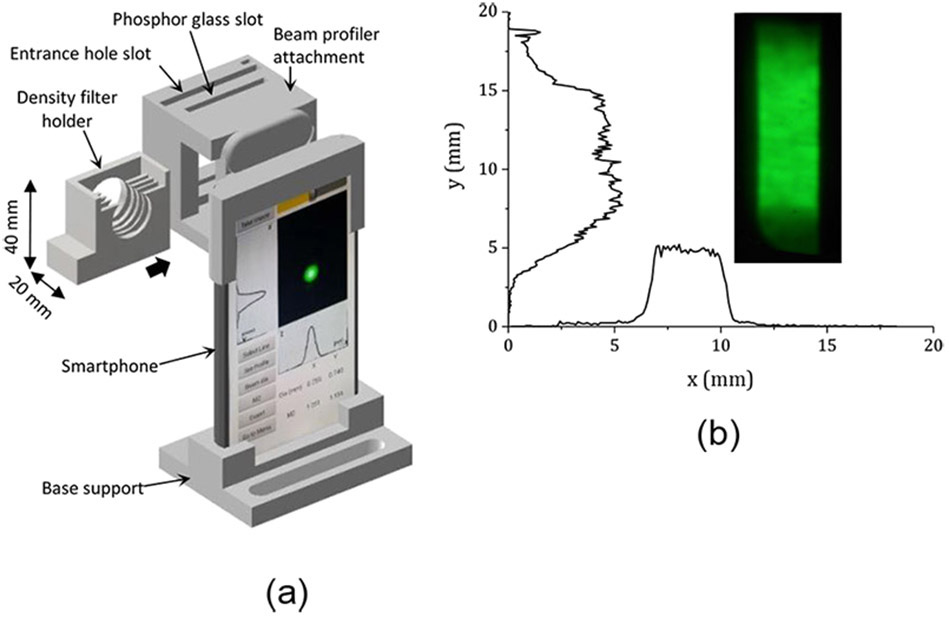 Figure 4. (a) Design of the smartphone laser beam profiler. A 244nm continuous-wave UV Gaussian beam is imaged on the smartphone. (b) Image and intensity (in the x and y directions) of a top-hat 193nm pulsed UV laser beam.

In our work we have shown that instrumentation on a smartphone (or on a watch or tablet10) can be integrated into a large network of other instruments. As such, data can be monitored, shared, and processed to build real-time regional and global maps for a range of phenomena. This can be applied to several applications across medical, agricultural, environmental, industrial, and laser disciplines. Ubiquitous ‘household’ spectroscopy and instrumentation is thus in the pipeline. As part of our future activities, we plan to work on an array of new instruments that go beyond spectrometers and beam profilers.