Two strategies are currently used for corneal refractive surgery: laser-assisted in situ keratomileusis (LASIK), and small incision lenticule extraction (SmILE). For the first, the surgeon makes an incision parallel to the corneal surface, creating a thin flap, and then undertakes ablation by excimer laser of the stromal material to correct the refractive error. With SmILE, two intrastromal incisions produce a corneal lenticule that the surgeon removes using forceps through small side cuts.1 This enables a one-step refractive correction without flap lifting. In both procedures, dissection is undertaken with laser pulses focused in a raster pattern into the corneal stroma, so that plasma-induced microexplosions generate cavitation bubbles that cleave the lamellae.

Every year, more than a million refractive eye operations using femtosecond laser procedures are performed, and yet the cutting process remains an area for development. Improving efficiency, precision, and safety continues to present a challenge, and requires better knowledge of the cutting mechanisms. We used high-speed photography at up to 50 million frames per second and 1μm spatial resolution to explore the cutting dynamics in porcine cornea specimens.2 The image series in Figure 1 shows that laser-induced cavitation bubbles have a lobular shape and extend over a depth of several lamellae. This makes it difficult to achieve homogeneous, smooth cuts and to avoid tissue bridges remaining between both sides of the cut. 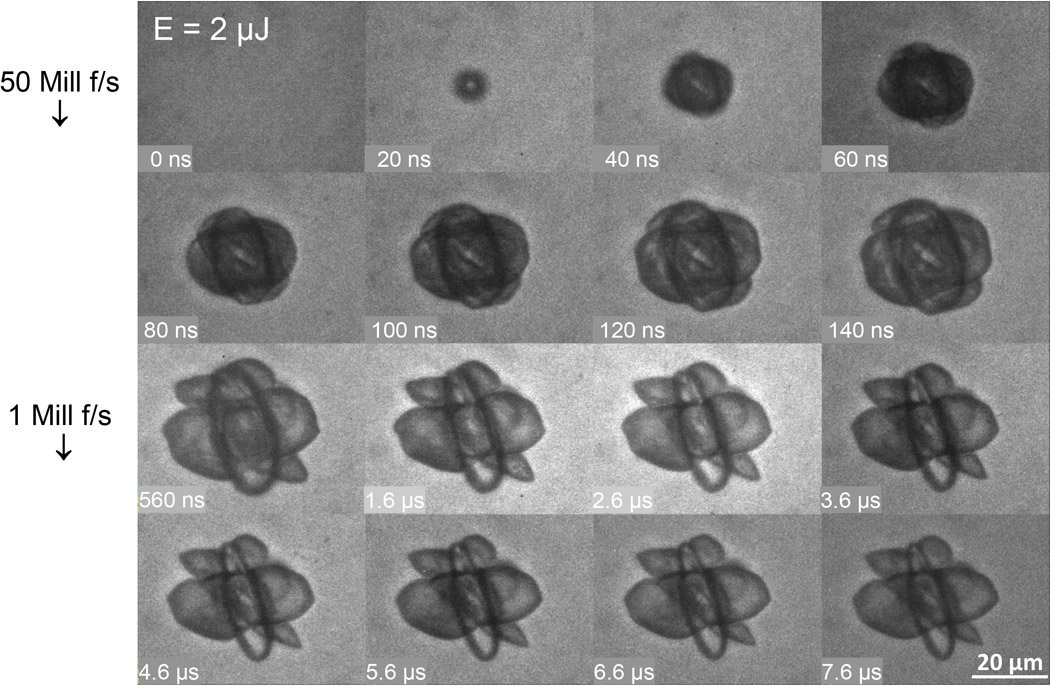 Cutting precision is compromised by the elongated shape of the laser plasma, which is oriented along the optical axis (perpendicular to the desired cutting direction). We can improve dissection quality and reduce tissue bridges by strategies providing a shorter plasma with a larger diameter to facilitate cleavage along the corneal lamellae. We achieve a shorter plasma using large numerical apertures (NAs) and short wavelengths,2–4 and a larger plasma diameter by focus shaping using vortex beams.2, 5

The NA of the focusing optics must be as large as possible because the length of the focal region in which plasma is formed exhibits a quadratic dependence on NA: l∝1/NA2. Doubling of the NA will thus reduce the focal length—and therefore also the length of the laser-induced plasma—by a factor of four. However, for flap dissection the focusing optics must have a large field of up to 10mm, and therefore the increase in NA presents a technical challenge. Another approach is frequency tripling of the laser emission to provide UVA radiation at 343nm for ytterbium-doped yttrium aluminum garnet lasers (or 355nm for neodymium-doped yttrium aluminum garnet lasers). UVA radiation reduces the focal length by a factor of three compared with the commonly used IR wavelengths of around 1030nm. This results in an excellent cutting precision, as shown in Figure 2. 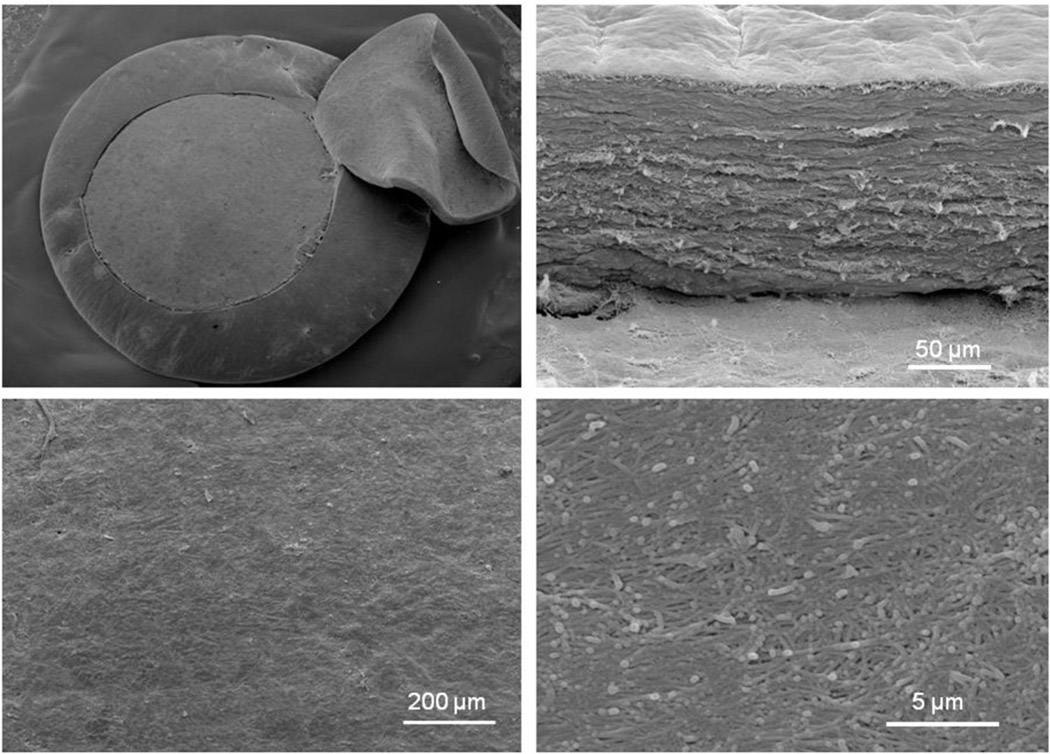 Regardless of wavelength, we can achieve substantial improvements in cutting quality by converting the linear polarized Gaussian beam into a helically phased vortex beam, by means of a spiral phase plate.2, 5 The laser focus then has a ring shape, with the same length in the axial direction as the focus of a Gaussian beam, but with a larger diameter (see Figure 3). This greatly facilitates cleavage along the corneal lamellae, enabling cutting with lower plasma energy density, higher precision, and fewer mechanical side effects. 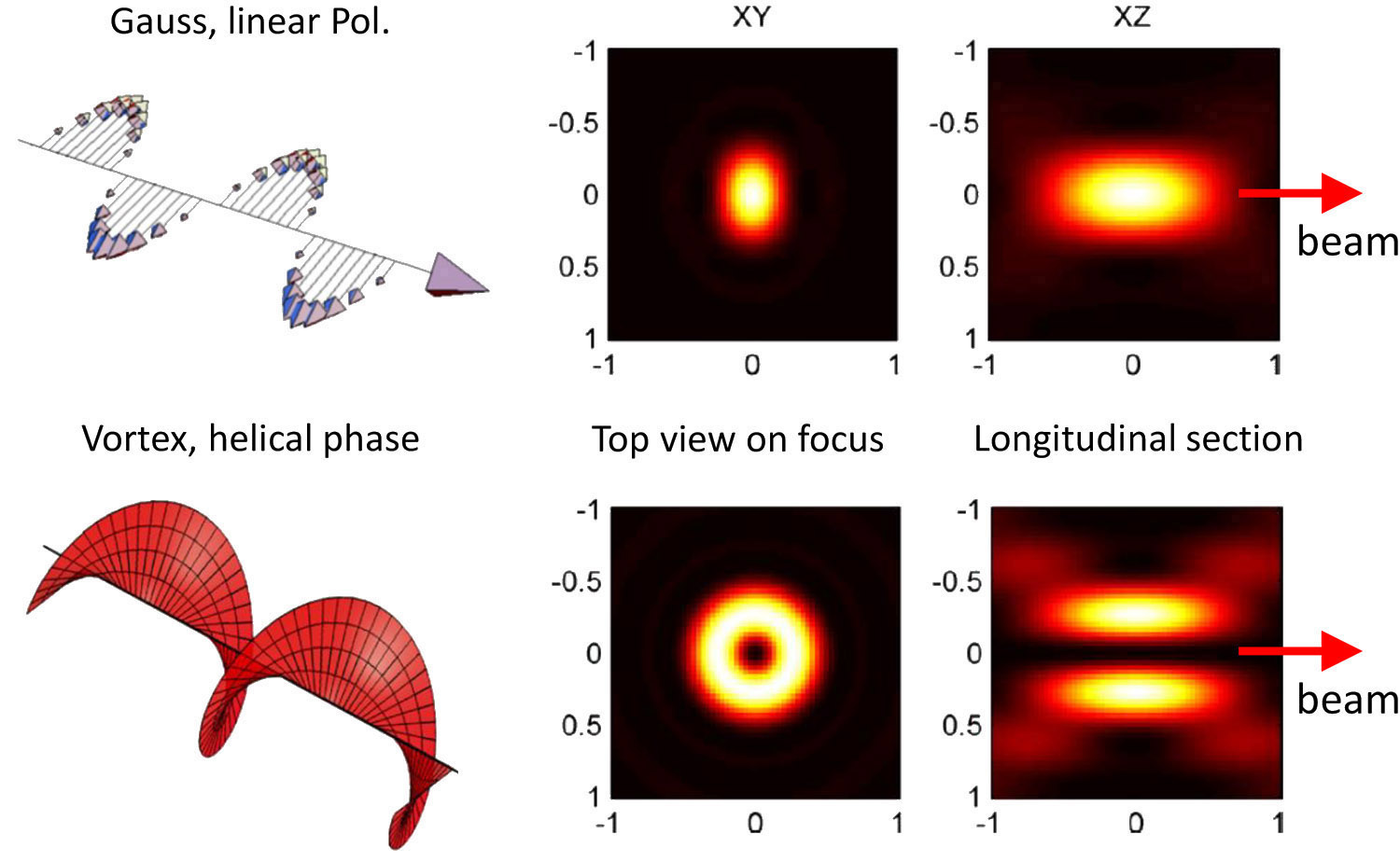 Figure 3. Calculated focus shapes of a Gaussian beam (top row) and vortex beam (bottom row).6 Both beams were focused at the same NA, and the focus shapes are shown in top view (left) and side view (right).

To compare the performance of IR and UV Gaussian and vortex beams, we have determined at various pulse durations the incident and absorbed laser energy needed for easy removal of flaps created in porcine corneas. The short, donut-shaped focus produced by vortex beams enables efficient and precise dissection along the corneal lamellae. For all pulse durations and wavelengths investigated, use of this shaped focus resulted in a dramatic reduction of the absorbed pulse energy needed for cutting (see Figure 4). The volumetric energy density in the plasma produced by the vortex beam is about 30 times smaller than with the Gaussian beam. Taking this approach, cutting is less disruptive, and mechanical side effects are less severe. Fewer keratocytes (cells in the cornea) are damaged along the cut, and shock wave effects on the epithelial and endothelial cell layers are diminished. The cutting energy was one order of magnitude smaller with UVA pulses than with IR pulses of equal duration. For flap dissection with 1ps UVA pulses, the radiant exposure averaged over the entire flap area amounted to only 0.1J/cm2, well below corneal safety limits for UVA exposure.7,8 Regardless of wavelength and pulse duration, using vortex beams led to strongly diminished bubble formation in the cutting plane (see Figure 5) because less material was vaporized in the low-density plasma. 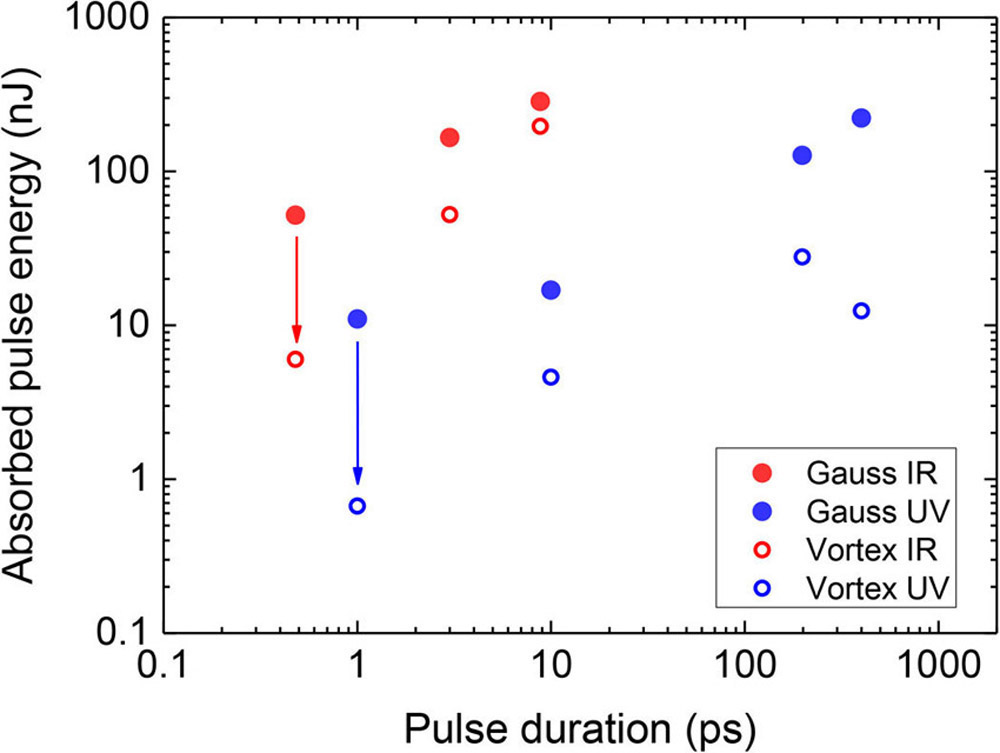 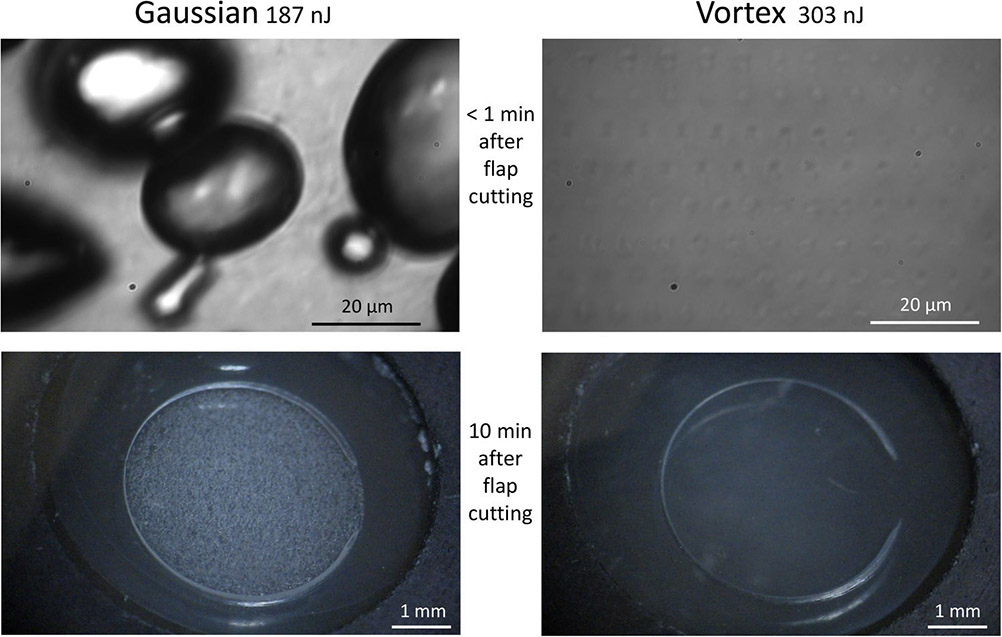 Figure 5. Bubbles after flap cutting with 480fs, 1040nm pulses, applied at 6×6μm spot separation. Hardly any gas bubble formation is observed with the vortex beam, although the flap could be easily lifted.

To summarize, we found that focus shaping and the use of shorter wavelengths offer new possibilities for refractive surgery. Ring foci from vortex beams generally improve precision and efficiency of cuts, regardless of wavelength and pulse duration, and the reduced bubble formation in the cutting plane is of interest both for LASIK and SmILE. In LASIK, it facilitates pupil tracking in subsequent excimer laser surgery. The reduction in mechanical side effects will lead to a decreased incidence of diffuse lamellar keratitis (inflammation of the cornea). In SmILE, the refractive outcome largely relies on the precision of lenticule dissection. Bubble formation distorts the stromal morphology during cutting and compromises precision, and reduced bubble formation would thus improve the predictability of the surgical procedure. The vortex beam approach has now matured to a level where it can be implemented in a clinical device for refractive surgery. We are currently in touch with industrial partners to initiate this step, which will later be followed by clinical trials.

Alfred Vogel is professor of physics and chair of Biomedical Optics. His research group has made pioneering experimental and theoretical contributions to the field of pulsed laser interactions with cells and biological tissues, with special emphasis on plasma-mediated ophthalmic laser surgery.

Sebastian Freidank is co-inventor of the vortex beam approach for corneal dissection, and together with Norbert Linz performed the laboratory study presented in this article.

Norbert Linz is co-inventor of the vortex beam approach for corneal dissection, and together with Sebastian Freidank performed the laboratory study presented in this article.