Micro- and nanostructured patterns are well established as a method of functionalizing surfaces for optical, mechanical, medical, and energy applications.1 Now, seeking production efficiency and consistent appearance, industry requires far larger structured areas with maximum homogeneity, and without any kind of seam line. Starting the origination process on a flat substrate, the developer will always get at least one welding line when fabricating structured nickel tools for any continuous replication technology (roll-to-roll replication, for example). This often results in unacceptable visible interruptions on the final application—for instance, on a display—or low productivity because of offcuts (waste material) in mass replication.

Our approach is to use interference lithography2 (where the interference pattern between two coherent light waves is recorded in a photoresist) to directly structure cylindrical substrates. This technique enables enables selected functionalities with perfect homogeneity and without any visible seam lines. For example, we can fabricate diffusing surfaces using the classical approach3 (where the photoresist is exposed by speckle patterns generated by a primary diffuser) and adapt these onto convex surfaces. To do this, we coat the cylindrical substrate with an appropriate photoresist material using a dip-coating approach. Dip coating is perfectly suited for laboratory-scale work, but for mass production it would be possible to use industrial coating technologies, such as spray coating. After pre-conditioning of the coated drum, and before development, we expose the photoresist with the speckle interference pattern. To develop the structures on a laboratory scale we use a dip process, but again could instead use a spray technique in the future for larger cylinders.

We can tailor diffusing structures to meet a customer's demands with an accuracy of about 1° for the diffusion angle, and with very high transmission of up to almost 95%. The diffusion profile can be isotropic with a very small diffusion angle—useful for antiglare applications—but we can also achieve very large diffusing angles with full width at half-maximum of 90° or more. Furthermore, we can realize anisotropic diffusion characteristics (see Figure 2), for example, very small diffusion in one direction and very large in another (and all the variations in between).

As well as diffusing structures, we are also investigating regular patterns, and have preliminary results for line and hexagonal gratings. These have dimensions at the nanometer scale and are in high demand as base gratings for wire grid polarizers or metal mesh applications in the display industry, in solar power generation, and in energy efficiency. 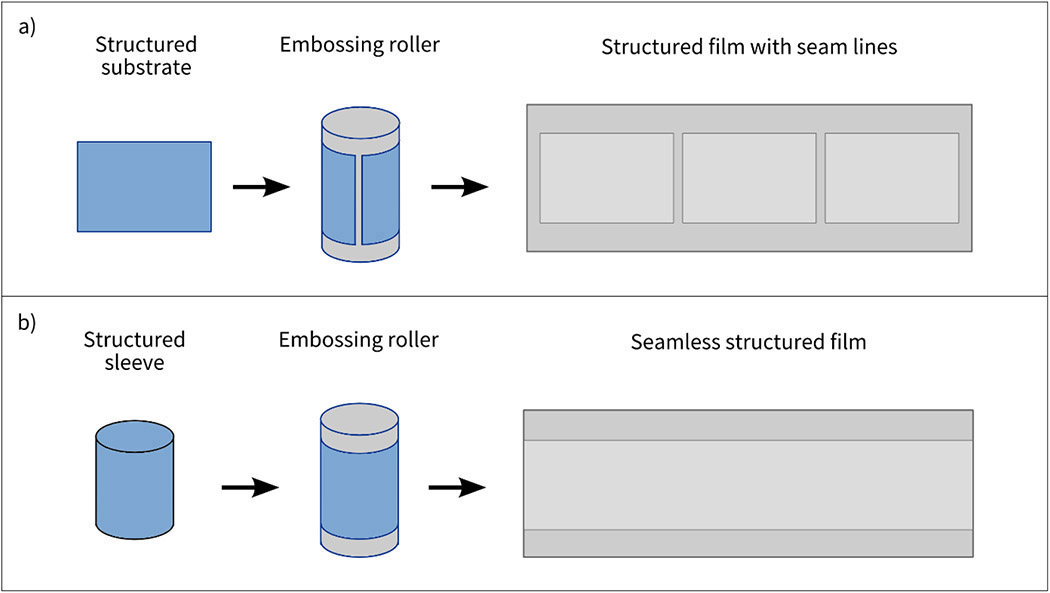 Figure 1. The process chain for developing functionalized optical surfaces, starting with origination and followed by tooling and replication into the final material. (a) When starting on a flat surface, the final structured film shows seams. (b) Direct structuring of nickel sleeves in combination with cylindrical tooling capabilities leads to a fully structured film without any seams. 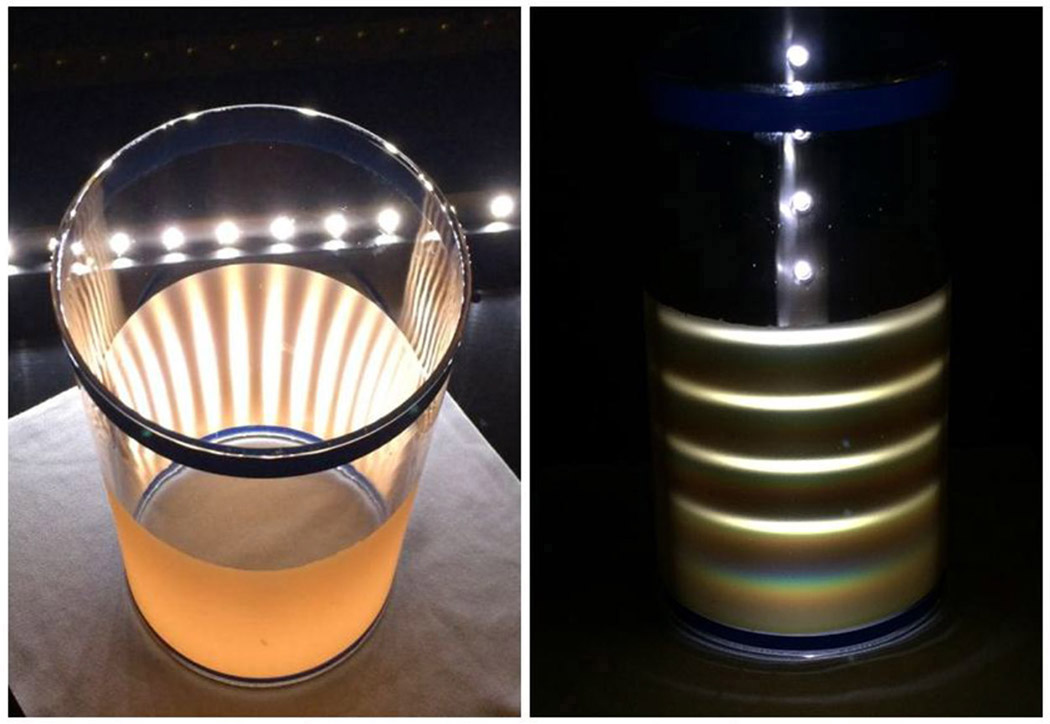 We have investigated hexagonal gratings, creating a seamless bright shining rainbow structure for decorative applications (a metal-coated polymer surface): see Figure 3. Such multi-dimensional gratings may enable the development of antireflective motheye structures, which demonstrate direct reflectivity values down to 0.2% in a polymer, with a refractive index of about 1.5 (see Figure 4). These structures are available with or without diffraction colors.

Figure 3. Examples of line gratings on cylindrical substrates (left and center) and as a hexagonal rainbow grating (right). 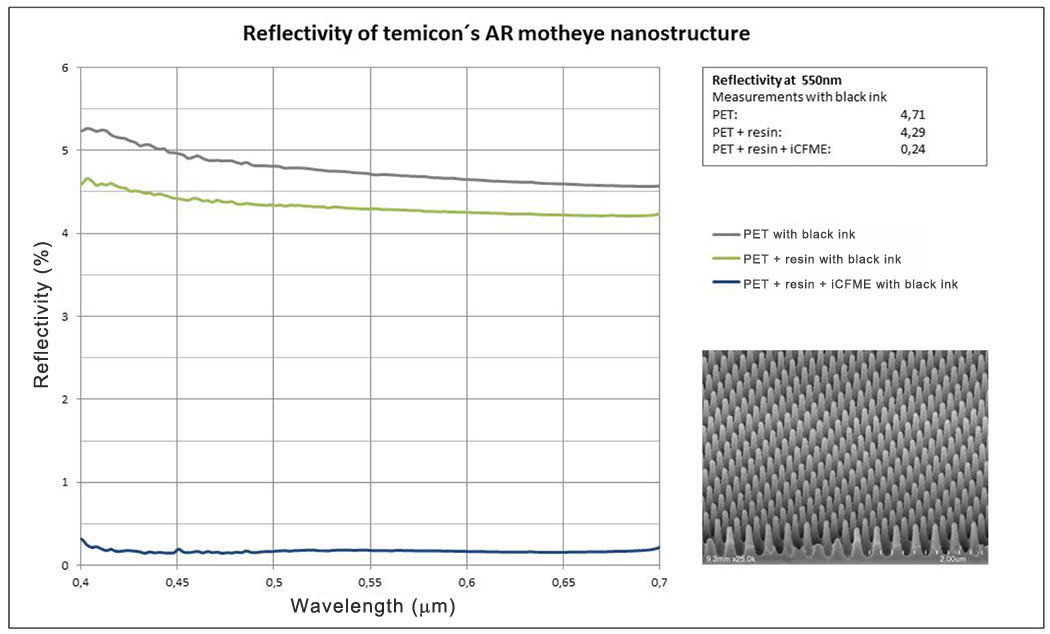 This work is supported financially by the Federal Ministry of Education and Research, Germany (funding code: 02P14K510).

Jörg Mick heads the Functional Surfaces business unit. He received his PhD from the University of Freiburg in 2006, and for the following two years was a senior researcher at Fraunhofer ISE. He became head of R&D at Holotools GmbH in 2008, before the company's merger with Temicon GmbH in 2014.