Blindness caused by glaucoma—which affects the optic nerve—can be avoided if the disease is detected at an early stage of development. Despite diagnostic and therapeutic advances over the past 20 years, a significant proportion of patients with glaucoma still progress to blindness, often because of late diagnosis.1 Diagnostic tools available for glaucoma include fundus photography, perimetry, and optical coherent tomography (OCT). However, despite their undoubted usefulness, these methods have some disadvantages. For example, the investigation is time consuming (perimetry), or the instruments are large and expensive (fundus photography and OCT). Crucially, none of these methods can be used to assess fast dynamic changes of the retina. Accordingly, new, objective, fast and easy-to-use methods are needed for the early detection of glaucoma and other eye diseases.

Recently, it has been shown that the pulse parameters of retinal blood flow,2 which are induced by the cardiac cycle, are affected early in glaucoma. The fixation pattern of patients (which shows the movements of the eye during a fixation task)3 is also affected in the early stages of glaucoma. Measuring these changes in the eye might facilitate earlier diagnosis of the disease. To that end, we have developed a small, lightweight, USB-powered video ophthalmoscope to acquire video sequences from the human retina in a fast and easy manner.4 The aim of our work is to calculate the dynamic parameters and to assess their glaucoma discrimination performance.

Our ophthalmoscope consists of an ophthalmic lens that forms an intermediate aerial image of the retina in the image plane. This picture is then reimaged to a CCD camera using a lens system. The field of view of the ophthalmoscope is 20°× 15°, with the image centered to the optic nerve head (see Figure 1). A field stop is placed in the image plane that blocks the central part of the retinal image (fovea). Only light reflecting from a rectangular area around the optic nerve head can pass this field stop and get to the image detector. This is important for minimizing light exposure to the eye, and for minimizing the number of disturbing reflections. A conventional 5mm LED is used for illumination and is placed in an image of the pupil plane. Currently, we use 25 frames per second to take short video sequences. The complete instrument is powered via the USB interface of the computer, which we use for the data acquisition. 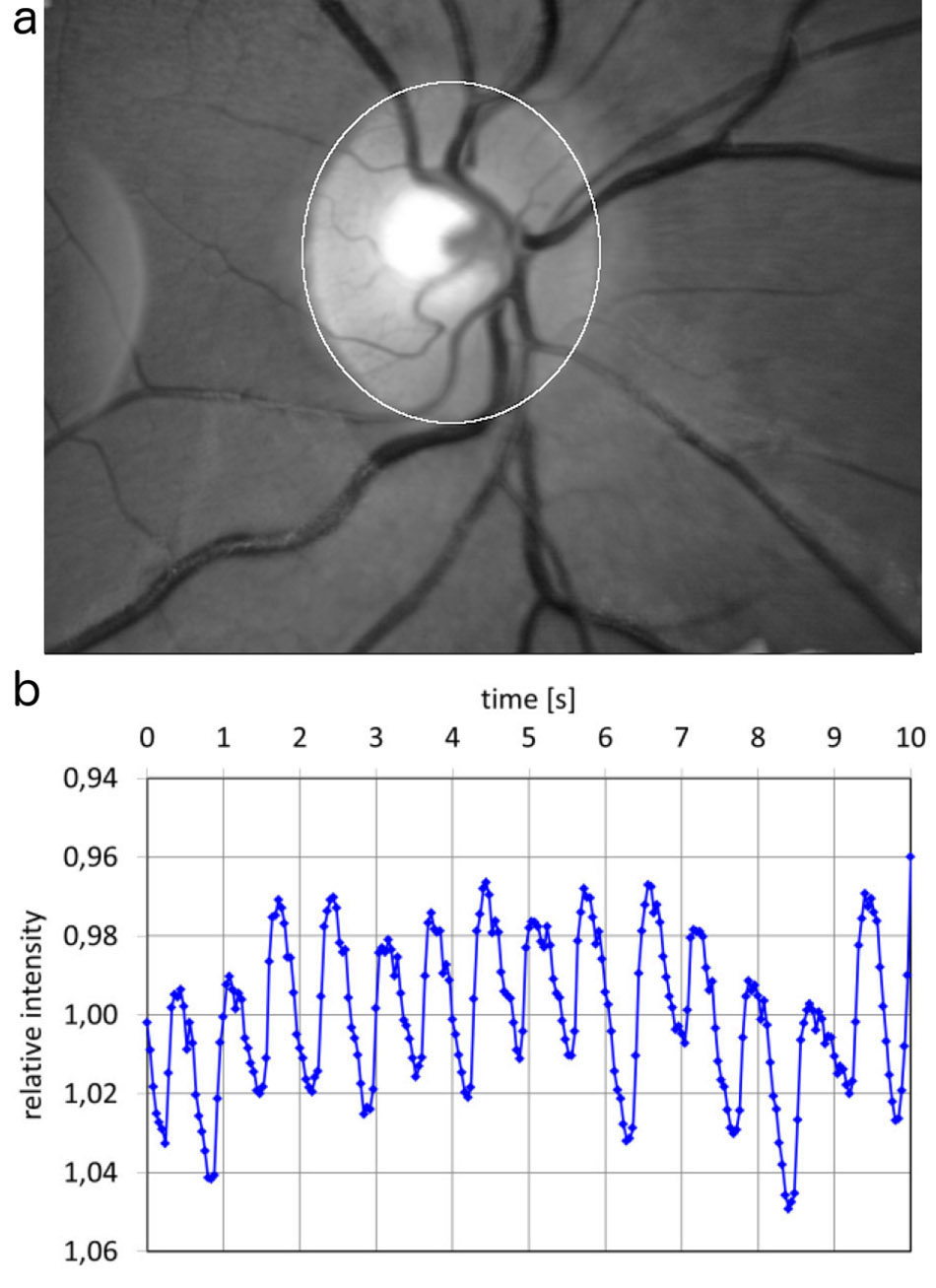 Figure 1. (a) A fundus image of a retina, obtained with the video ophthalmoscope. (b) Pulsatile change in the fundus reflection of the optic nerve head, from the area within the white circle in (a). The y-axis represents the relative change in intensity of each image compared with the mean value during the sequence.

During video recording, patients are asked to look at a fixation target. In many cases, however, the eye moves during data acquisition. To get reliable and valuable diagnostic information, acquired sequences must be registered to compensate for these eye movements. We use a two-stage frame-by-frame registration process to account for large eye movements on the order of tens of pixels in the first step, and for precision to sub-pixel resolution in the second step.4

From the registered video sequences, pulse parameters and fixation patterns can be calculated. The pulsatile change in fundus reflection is shown in Figure 1(b). Heart beat-induced reflection changes can be easily measured and pulse parameters, such as the rise time and amplitude, can be calculated. The fixation pattern, derived from image registration results, is shown in Figure 2. Each dot in this figure represents the shift for one image compared with the first image of the sequence. The sequence of images from the ophthalmoscope can also be used to calculate multi-frame super-resolution images.5 This technique could help glaucoma experts to detect structural changes of the optic nerve head. 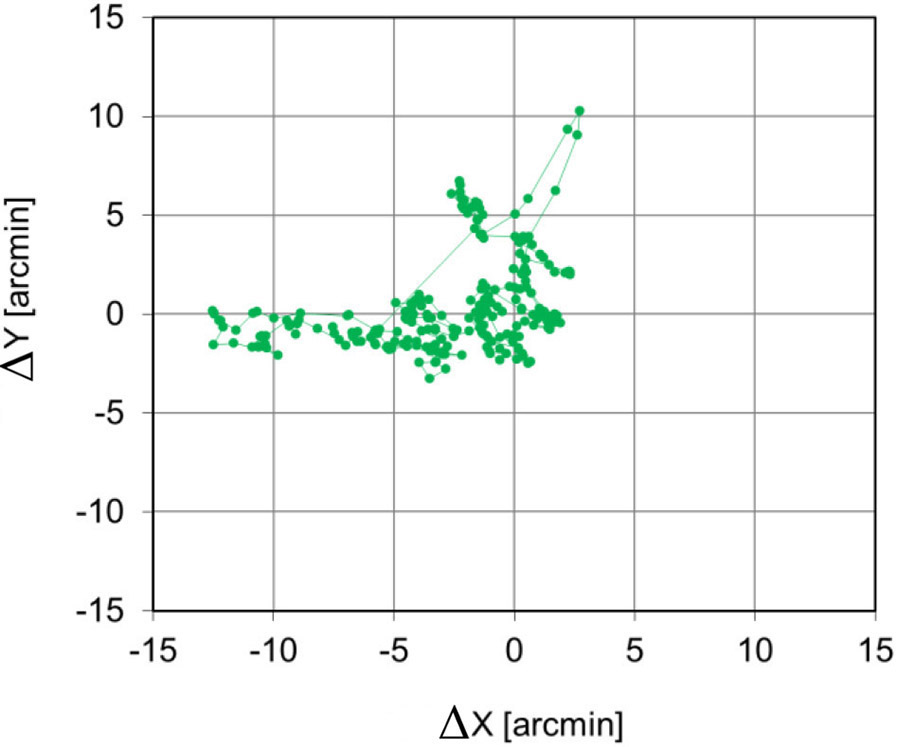 Figure 2. Fixation pattern derived from image registration results. The dots represent the shift in the visual angle—in the x (ΔX) and y (ΔY) directions—of the individual images compared with the first image (ΔX = 0, ΔY = 0) and, consequently, the movement of the eye during data acquisition.

We have developed a new small, lightweight, USB-powered video ophthalmoscope for the purpose of obtaining video sequences of the human retina. Our next step will be to use this instrument to assess normal values of the above-mentioned parameters in a larger population, and to compare results from patients with glaucoma with those from healthy controls. We will also look at other clinical parameters that are useful in glaucoma diagnosis (e.g., visual field, nerve fiber layer thickness, and intra ocular pressure). This work will be conducted within the framework of the Erlangen Glaucoma Registry.6 Our longstanding aim is to develop new parameters and combinations of parameters for the early detection of glaucoma7, 8 and other eye diseases.