Over the years, developers have sought to increase the efficiency of solar cells by getting around the two major losses for a single junction cell: the loss of energy to heat for carriers excited above the optical band gap, and the lack of light absorption at energies below the band gap. One approach to eliminating the first loss is to create more than one electron-hole pair per absorbed photon by a process known as the inverse Auger effect. A second way (which has been under consideration for several years) involves collecting the excited carriers before they lose their energy to heat (so-called hot carriers). Recent attempts to realize this method have shown some promising results using crystalline silicon—currently the leading solar cell material—but no one has yet considered an amorphous absorber.

We have shown how a nanostructured amorphous absorber offers a new paradigm for the design of highly efficient solar cells.1, 2 Until recently, amorphous materials received little serious consideration for the collection of hot carriers because of their very low charge-carrier mobilities. However, with their efficient transfer of hot carriers to a collector, such absorbers potentially enable highly efficient cells. Our work should stimulate attempts to use this new information to increase efficiencies in many different materials systems.

Our novel approach for collecting hot carriers and thereby designing a highly efficient solar cell uses a nanostructured amorphous semiconductor as the absorber.3 Using photoluminescence, electron paramagnetic resonance, and terahertz spectroscopy, we showed that in a composite film of nanocrystals of silicon embedded in a hydrogenated amorphous silicon matrix, the carriers generated in the amorphous region were transported out of this area before losing their excess energy to heat (see Figure 1). 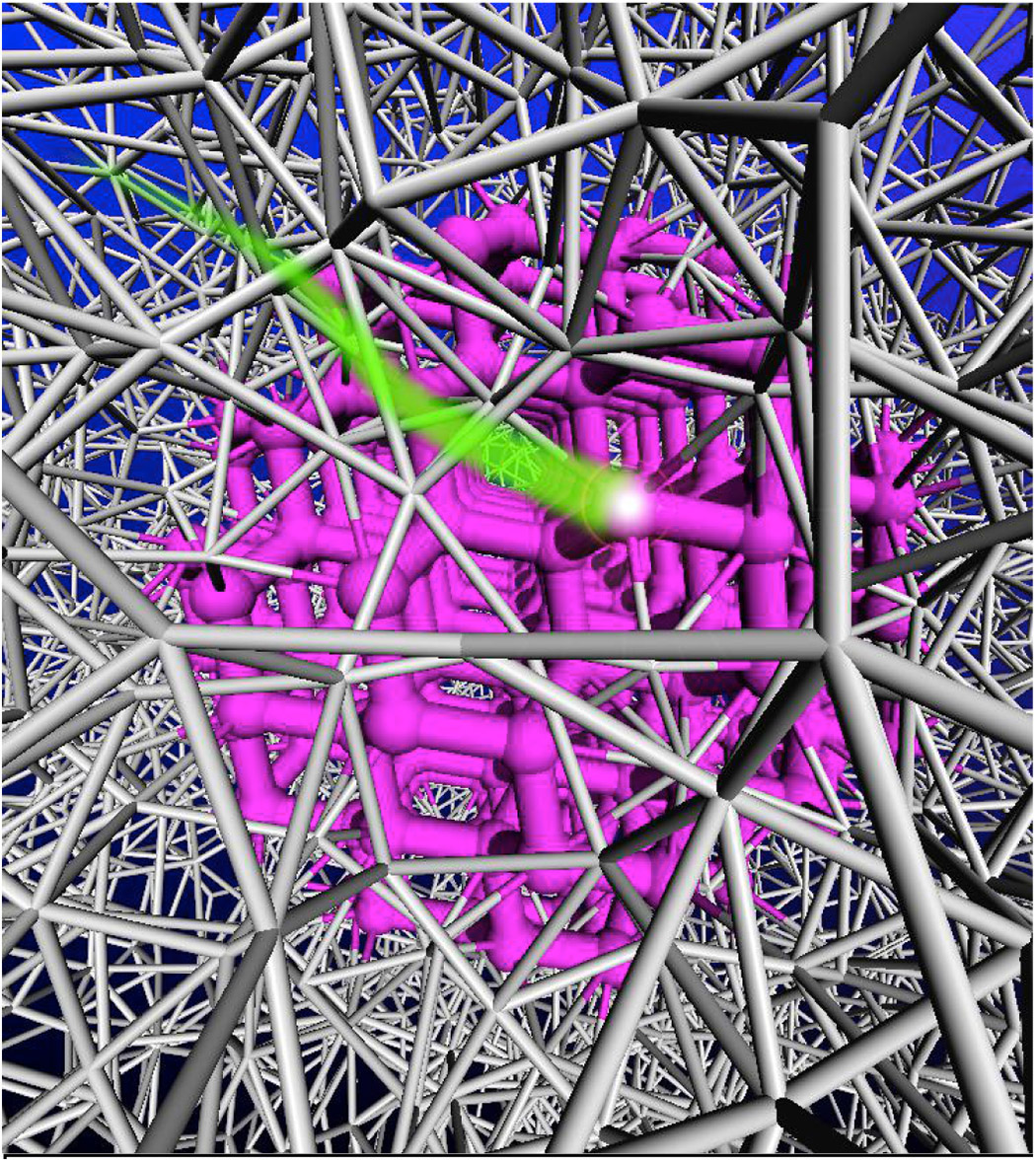 This surprising result established the possibility that using a wide range of nanostructured amorphous matrices might dramatically increase solar cell efficiency. We are able to grow amorphous materials over a much wider composition space than is possible for crystalline materials. Consequently, it may be easier to optimize the light-absorbing medium. Furthermore, such materials form interfaces that are less defective and less subject to strain, and the relaxation of momentum selection rules in an amorphous material greatly aids the ultimate transfer of hot carriers to a collector. Amorphous solids may even possess slower carrier cooling rates (in general) than their crystalline counterparts.

Hot carrier solar cells ultimately rely on selective collectors that pick off the excited carriers at the peak of their energetic distribution. Therefore, this task is difficult with crystalline semiconductors where both momentum and energy must be conserved during the transfer. However, amorphous absorbers meet this requirement with relative ease, since crystal momentum is not applicable. The use of an amorphous absorber thus provides a highly desirable and flexible approach to producing low-cost hot carrier solar cells.

In summary, using nanodots of crystalline silicon in a nanostructured amorphous silicon matrix represents a new paradigm for dramatically increasing the efficiency of a thin-film solar cell. Silicon is an abundant, non-toxic, and potentially inexpensive element, offering the strong possibility that a manufacturable thin-film solar panel can be constructed based on this approach. The greatest limiting factor in developing efficient solar cells based on our concept is the presence of defects on the surfaces of the nanocrystals, which inhibit the efficient collection of the carriers. Our future work will concentrate either on removal of these defects or on passivating existing defects.