A few years ago we reported on the first laser based on a single living cell.1 The gain medium was a green fluorescent protein (GFP) originally found in the bioluminescent Pacific jellyfish Aequorea victoria. We have now found that nature may have optimized—with sub-nanometer precision—the size of the fluorescent protein molecules to make them shine as brightly as possible. Our Förster resonance energy transfer modeling shows that the protein molecules found in the jellyfish are just the right size to strike an optimal balance between not losing energy to unproductive fluorescence quenching and being able to squeeze as many molecules as possible into the light-emitting cells of the jellyfish.2 Bioinspired by nature's design, we were then able to make tiny solid-state lasers with record performance from these fluorescent proteins.2–4

In Aequorea victoria, the GFP acts as an energy acceptor in the natural bioluminescence of the animal (see Figure 1). Biologists have isolated the section of DNA that tells the cellular machinery of the jellyfish how to produce GFP, and by genetic engineering it is possible to use this DNA to confer the bright green fluorescence to other species (bacteria, fruit flies, or mice, for example). This method is widely used today to visualize cells or structures within cells under the microscope. Such measurements require only relatively modest protein concentrations, usually in the micro-molar range, which corresponds to about one million molecules per cell. 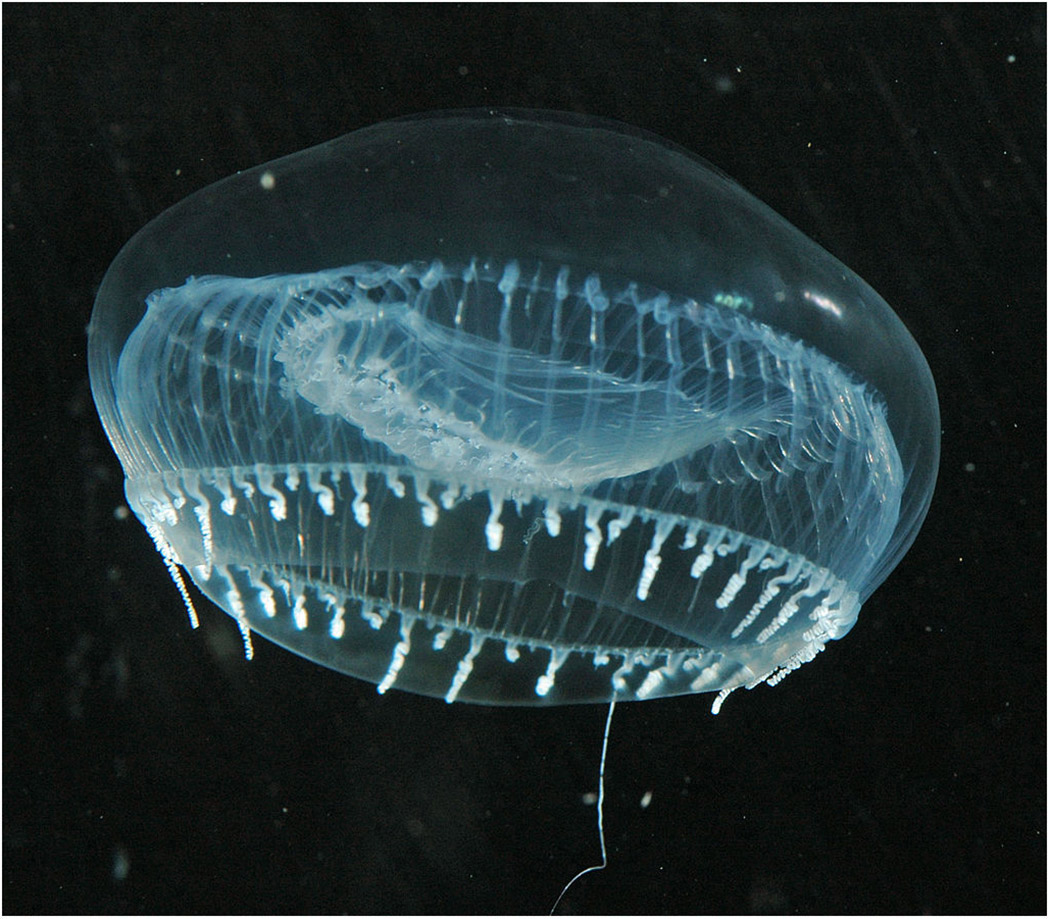 Figure 1. The bioluminescent jellyfish Aequorea victoria is the source of the green fluorescent protein (GFP) widely used as a reporter and marker for in vivo microscopy. While most previous work has used GFP for fluorescence (spontaneous emission regime), it is also possible to use it as a laser material (stimulated emission regime). (Picture credit: Sierra Blakely.)

To understand why GFP shines brighter than artificial materials, we modeled how quickly energy is transferred between neighboring protein molecules. Excessive transfer of energy can reduce or completely quench the fluorescence of a material. While artificial dyes are composed of small molecules typically less than one nanometer in size, fluorescent proteins are somewhat larger barrel-shaped molecules, several nanometers in height and diameter. Our new model shows that the dimensions of this barrel are just right to slow down energy transfer and thus suppress quenching, while still allowing as high a number of protein molecules as possible to fit into any given volume.

Intrigued by nature's careful optical engineering, we contemplated whether GFP and other fluorescent proteins could be used in artificial optical devices. Lasers and optical sensors were particularly high on our list, since both require efficient emitters and there is a growing demand to fabricate them from biocompatible materials for biomedical applications. This research resulted in the world's first solid-state protein lasers.

We tested different laser configurations. In vertical-cavity surface-emitting-type systems, the protein lasers had lower thresholds than the best comparable lasers based on synthetic emitters. Another protein laser design makes use of the concept of self-assembly and allows the structure of the laser to form by itself, simply by letting a drop of GFP solution dry on a plain substrate. The coffee stain-type ring formed during the drying serves as a ring resonator (see Figure 2). 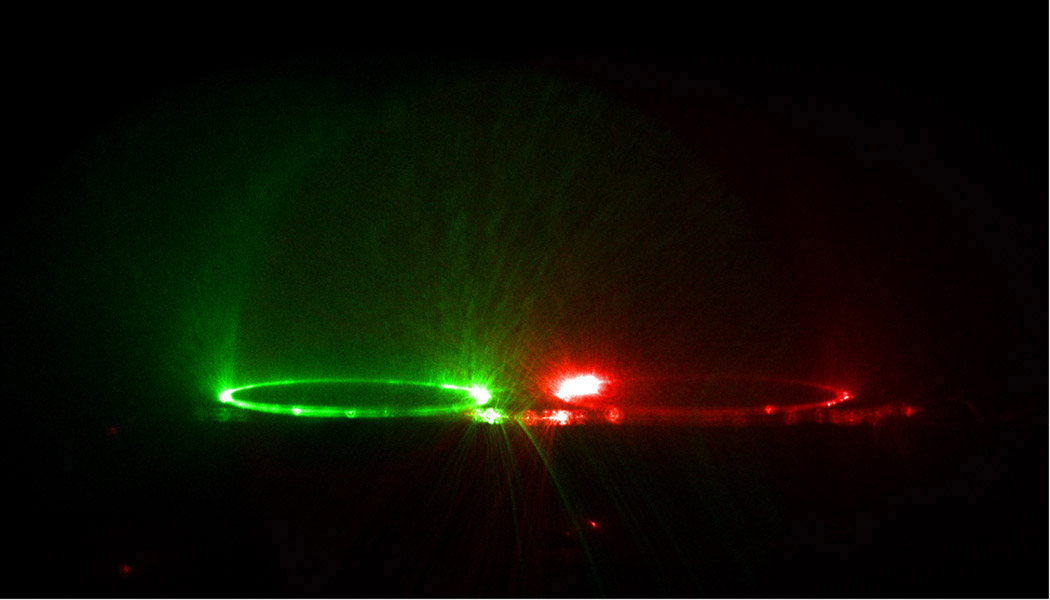 Figure 2. Fluorescent proteins allow fabrication of efficient solid-state microlasers. Under the right conditions, the protein molecules self-assemble into ring-shaped laser resonators. Shown here are two such lasers in action, made from a green and a red fluorescent protein, respectively.

We recently used Fourier imaging to study the emission characteristics of microcavity lasers comprising a self-assembled ring of GFP.3 We found that these lasers show an unexpected momentum dispersion with strong emission at large angles. It appears that the zero-momentum lasing serves as a ‘ catalyst’ or ‘seed’ for scattering-induced laser emission at higher momentum.

In summary, we measured the brightness of solutions of purified GFP and studied their potential for artificial optical engineering, resulting in solid-state protein lasers. Beyond using GFP and other fluorescent proteins as emitters directly, the study of their structure and optical properties can bioinspire improvements in artificial emitters. In future, by looking carefully at how the fluorescent protein molecule functions, it may be possible to further improve artificial emitter materials, such as colloidal quantum dots and organic semiconductors.