Parallel magnetic resonance imaging (MRI) reconstruction methods are now used in nearly all scanners. Radio frequency coil arrays are commonly used to accelerate image acquisition during these reconstructions. The simultaneous acquisition of spatial harmonics method was the first successful technique of this kind, in which parallel receivers are used to reduce scan times.1 This method has since been reformulated and is known as the sensitivity encoding (SENSE) approach.2 Other reconstruction techniques have also been proposed, such as automatic simultaneous acquisition of spatial harmonics (AUTO-SMASH) and variable density AUTO-SMASH,3 as well as the generalized autocalibrating partially parallel acquisitions (GRAPPA) approach.4 The SENSE and GRAPPA methods are both very useful for clinical routines.5 Several methods have been developed in recent years to improve the GRAPPA technique, e.g., multicolumn multiline interpolation,6 nonlinear GRAPPA,7 localized coil calibration and variable density sampling,8 iterative reconstruction,9 and regularization.10 Finding a way to optimize the regularization parameter, however, has remained a problem.

GRAPPA is an autocalibrating parallel imaging method that works in the frequency domain. It is particularly beneficial in areas where accurate coil sensitivity maps are difficult to obtain. In this technique, the missing k-space (the 2D or 3D Fourier transform of the measured MRI) data is reconstructed via a linear combination of the acquired data. Coefficients for this combination are estimated using autocalibration signal lines that are obtained in the central k-space. Errors in the technique originate from noise in the measured data. There are also noise-induced errors that are associated with the estimation of the linear combination coefficients. 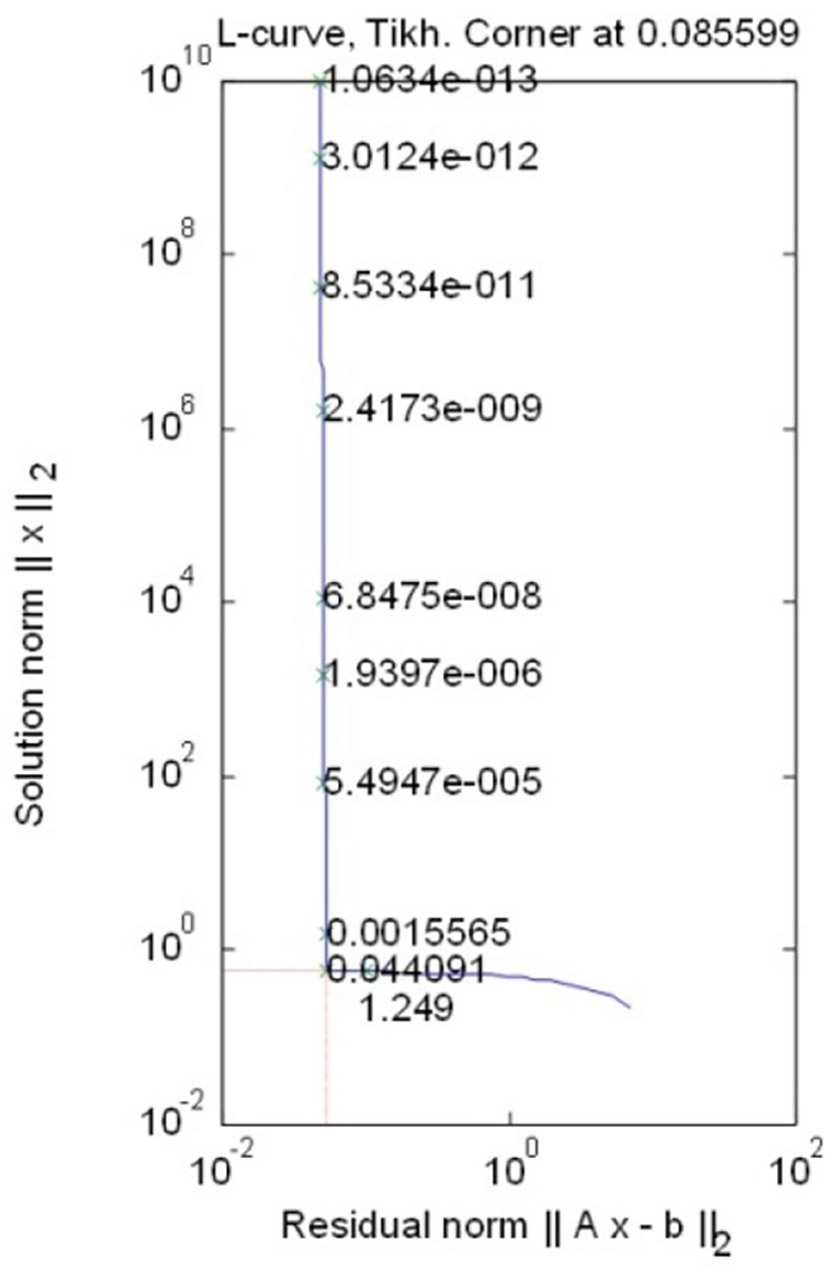 Figure 2. The normalized mean squared errors (NMSE) plotted as a function of kernel size for the generalized autocalibrating partially parallel acquisitions (GRAPPA) reconstructions made with (a) uniform undersampling and (b) random undersampling. The minimum NMSE value for each plot is indicated. 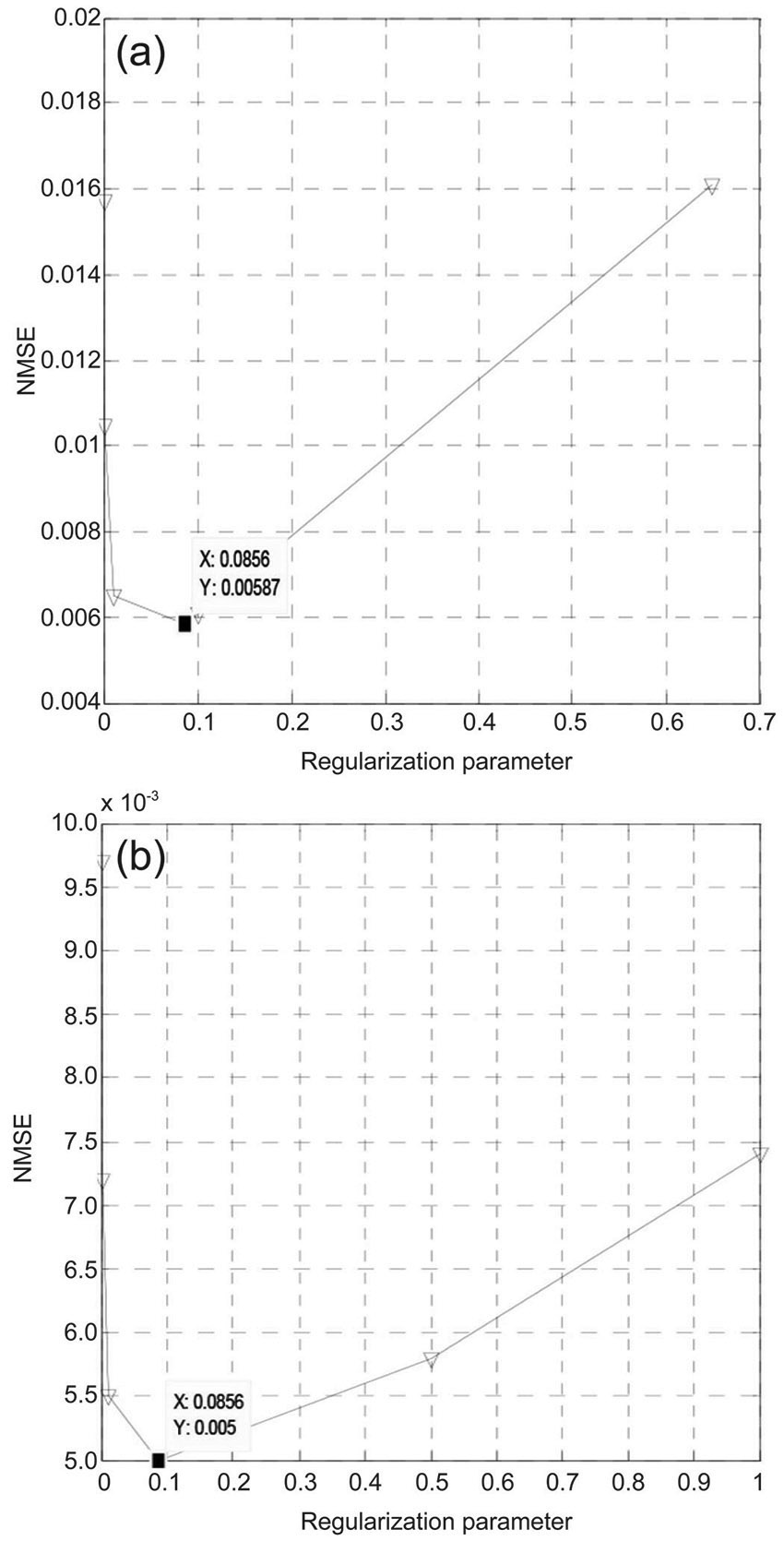 We have formulated a new method to determine the optimum regularization parameter for the GRAPPA MRI reconstruction technique. We have demonstrated that the L-curve in the Tikhonov approach can be used to choose an accurate optimum regularization parameter. The corner of the L-curve provides less of an aliasing artifact and a lower noise level in the reconstruction compared with an unregularized reconstruction. In our future work we will compare results from the SENSE, GRAPPA, SPIRiT, and eigenvector-SPIRiT (ESPIRiT) methodologies. We also wish to adapt our L-curve technique for the SPIRiT and ESPIRiT methods. In addition, we are planning to compare our results with those we obtain with the 1D and 2D multifractal analysis technique,16 which enables accurate and efficient characterization of image irregularities and defects.

Smain Femmam obtained his MS, PhD, and HDR in signal processing and computers from the University of Versailles and UHA in 1997, 1999, and 2013, respectively. He is now director of research. His main research areas are signal processing, safety systems, and communication. He is a senior IEEE member.

Amel Iles obtained her MS in electronics from UABB in 2001. She is now an assistant professor. Her main research areas are biomedical engineering and medical imaging.

Abdelhafid Bessaid is the head of the Medical Imaging team. His research focuses on the areas of biomedical engineering and medical imaging.