Smart materials enable fabrication of lightweight, compact optical mirrors that can be replicated at low cost for use in large space telescopes.

Since the time of Newton, telescope mirrors have taken the form of thick metal or glass disks for rigidity and precise shape. As advances in astronomy demanded larger and larger telescopes, the mirrors became thicker and ever more massive, and this progression was unsustainable. In the 1990s, developers adopted active optics for large telescopes, and the current generation uses thin, flexible mirrors that maintain their shape by a system of external actuators that push and pull on the surface.1 Our recent work2 reports on a novel extension of this concept, namely, the fabrication of active optics based on smart materials.

We have developed imaging-quality optical mirrors using carbon nanotubes embedded in an epoxy (polymer) matrix (CNT/E). The development is notable in two ways. First, CNT/E is a known smart material capable of self-sensing and actuation,3–5 therefore opening a new path to development of lightweight and ultra-compact space telescope optics and structures. Second, the starting material is a liquid, which lends itself to the fabrication of large mirrors (either segmented or monolithic) with novel support structures made possible by modern techniques such as 3D printing.

Fabrication starts with carbon nanotubes and other additives evenly dispersed in liquid epoxy resin. We add a curing agent, and cure the mixture by the application of heat and pressure in a precisely defined procedure. The optical surface forms when we place the uncured resin in contact with another optical surface of known shape (the mandrel) in a process known as optical replication (see Figures 1 and 2). This technique produces many identical mirrors from the same mandrel. Figure 3 shows a set of three aluminized 11.4cm mirrors made from the same mandrel together with their respective Ronchigrams (diagrams to show the surface shape). The Ronchi patterns are all straight lines, indicating the mirrors to be near-perfect spheres.6 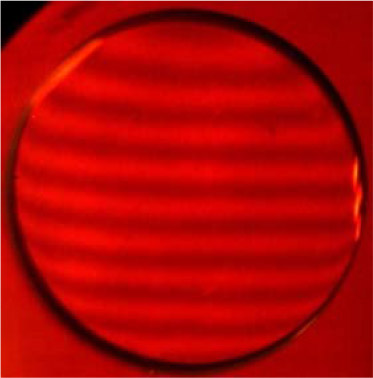 Figure 1. Interferogram of a 5cm mirror of carbon nanotubes embedded in an epoxy matrix (CNT/E) made by replication. The pattern of parallel straight interference fringes indicates a high-fidelity reproduction of the optical mandrel. 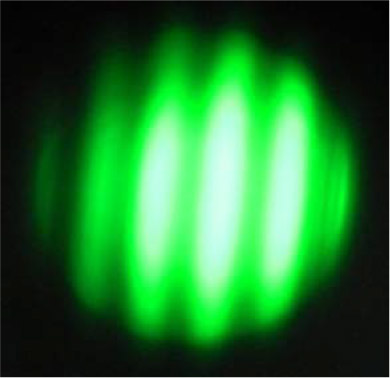 Figure 3. (a) A set of three aluminized 11.4cm mirrors made from the same spherical mandrel. (b, c, d) Ronchi patterns of the three mirrors showing excellent optical quality. The ability to make many identical units rapidly and at low cost makes optical replication a powerful technique for the fabrication of large telescopes with segmented mirrors.

Optical replication is a powerful technique for fabricating segmented mirrors for large telescopes. In a segmented mirror with central symmetry, all segments at the same radial distance have identical shape. Therefore, we require only as many mandrels as there are rings of segments.

An alternative fabrication method is spin casting, where we rotate the mixed resin in a container until its surface hardens into a solid. Spinning a liquid under gravity generates a parabolic surface, and if the liquid solidifies by physical or chemical means, the result is a paraboloid of revolution. Developers of the Large Binocular Telescope7 have used this technique to fabricate large borosilicate glass mirrors. One of the first IR sky surveys8 used spin-cast epoxy mirrors, and there are reports of mirrors as large as 10m.9 We have generated a number of 0.3–0.4m ‘ moondust’ mirrors using a mixture of carbon nanotubes, epoxy, and JSC-1AF lunar regolith simulant, a material synthesized to resemble that on the Moon (see Figure 4).

Figure 4. Left: A 0.3m paraboloid generated by spinning a mixture of CNT/E and lunar regolith simulant (‘moondust’). The curved lines, reflections of a screen with evenly spaced holes, indicate a good paraboloidal surface. Right: Sisters Sandra and Sunry holding the CNT/E moondust mirror. The plume over Sunry's head is the reflection of the camera flash focused by the mirror onto the wall.

Nanocomposite technology enables new forms of mirrors with enhanced stiffness or mass ratios by combining topology optimization modeling techniques with 3D printing (see Figure 5).10 Starting with an initial I-beam, we can take successive steps to reduce mass while maintaining stiffness. Figure 5(c) shows a new form that, compared with the example in Figure 5(a), can have the same stiffness with reduced mass or the same mass with increased stiffness. It is possible to generate the classical solid disk construction by rotating the I-beam of Figure 5(a) about its short axis. Therefore, we can generate an analogous lightweight mirror structure by rotating the example of Figure 5(c) about its short axis, resulting in the conceptual design shown in Figure 6. This represents a new class of lightweight mirrors with integrated supported structures, made possible by the combination of CNT/E technology, topology optimization, and 3D printing. 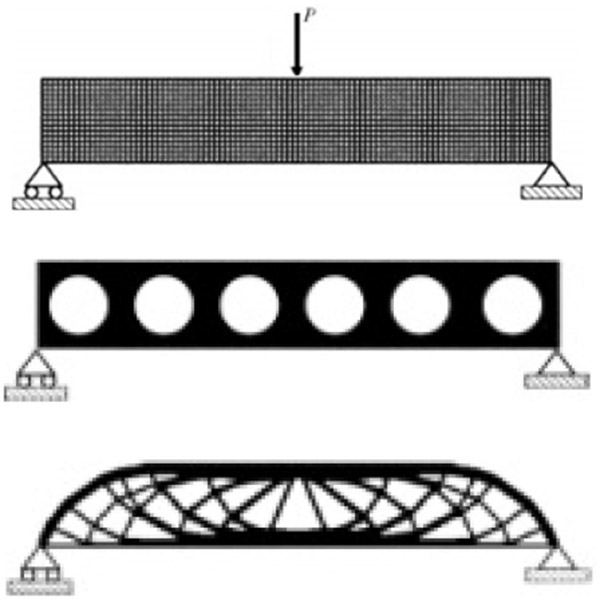 We recently fabricated a prototype 7.5cm smart CNT/E mirror with embedded electrodes (see Figure 7). Preliminary tests confirmed that it is possible to control the optical shape in a deterministic and reversible manner by applying voltages to the electrodes. 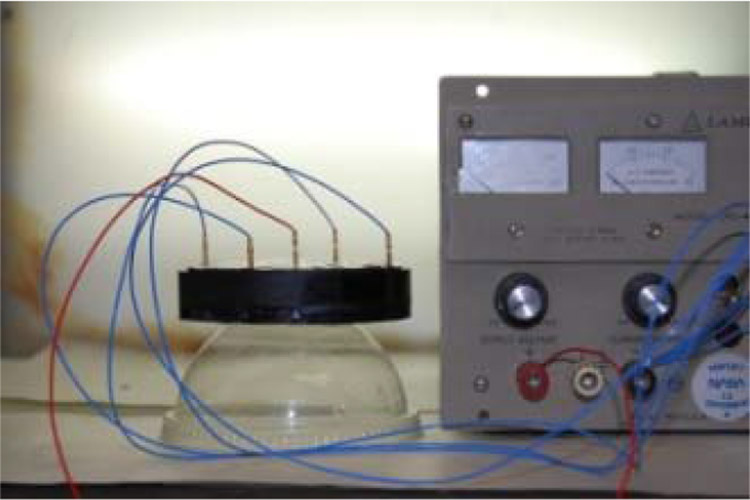 Our current and future work focuses on the design and fabrication of 25- and 50cm mirrors with optimized electrode placements and compact, low-power control systems.

Peter C. Chen is a research astrophysicist. He received a BSc in physics from the University of Toronto, and a PhD in astronomy from the Case Western Reserve University. His research interests include nanocomposite telescope technology, telescopes on the Moon, and extremely low reflectance carbon nanotube coatings.

Douglas Rabin is a research astrophysicist. He received his AB in astronomy from Harvard College and a PhD in astronomy from the California Institute of Technology. His research interests include the structure and dynamics of the solar corona and astronomical instrumentation.