To develop the next generation of POC biosensors, developers have considered label-free optical techniques, such as surface plasmon resonance, localized surface plasmon resonance (SPR), and surface-enhanced Raman spectroscopies. Other approaches are mechanical, for example, cantilever and quartz crystal microbalances, and electrochemical transducers. One example is an SPR compact sensor coupled to a smartphone that detects β2-microglobulin, an established marker for cancer and inflammatory diseases.2 Another is a label-free integrated electrochemical platform for genetic detection of pathogens.3 However, most of these techniques have issues regarding sensitivity, reliability, miniaturization, and fabrication costs.

Electronic label-free biosensors based on organic field-effect transistors (OFETs) offer a promising solution for POC applications. It is possible to combine these devices with integrated electrical circuits, microfluidic systems, and wireless technologies. They are highly sensitive, biocompatibile, and offer the possibility of developing printable, low-cost biosensors in flexible and disposable formats. Among the different OFET configurations, electrolyte-gated (EG)-OFETs are ideal candidates for biosensor development because they operate at low voltages directly in aqueous media such as water or buffer solutions.4

We have explored two EGOFET architectures for POC biosensors. In the first, the biological recognition elements are anchored on the organic semiconductor surface, while in the second the biomolecules are confined on the gate electrode (see Figure 1). 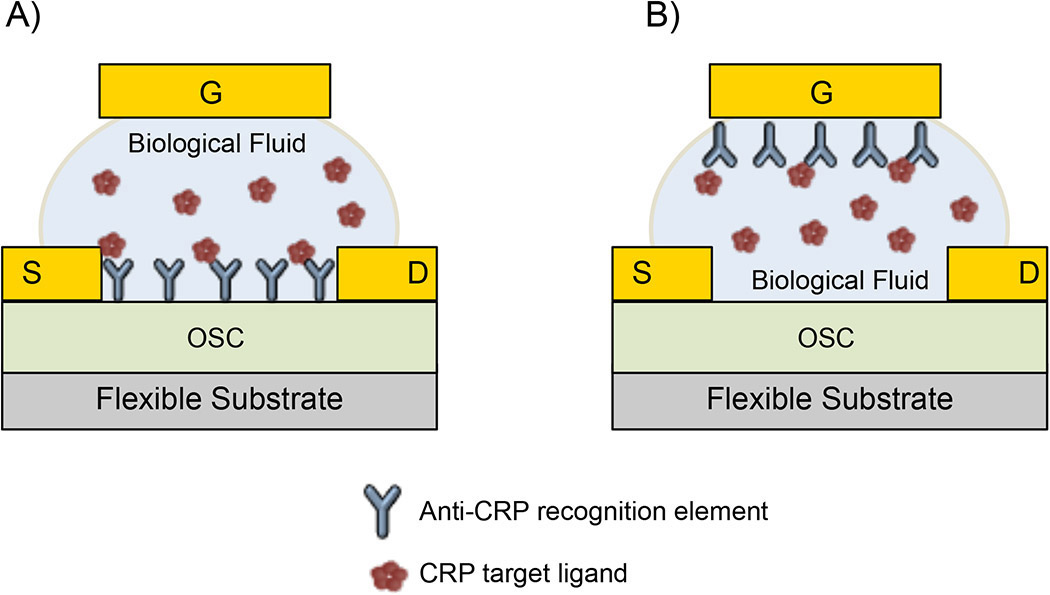 Using the first configuration, we developed a label-free EGOFET immunosensor to detect C-reactive protein (CRP). Figure 1(A) shows the setup. CRP is a specific biomarker of inflammation and infection, including cardiovascular diseases. The detection of CRP with high sensitivity may provide a powerful tool to predict the risk of heart attack and stroke. Specifically, we have functionalized the EGOFET organic semiconductor with a monoclonal anti-CRP antibody coating, acting as a biorecognition layer. The immunosensor then selectively detects CRP both in phosphate buffered saline and in human serum samples.5 The proposed immunosensor allows CRP detection down to 4pM and in a wide dynamic range (from 4pM to 2.1μM) (see Figure 2). 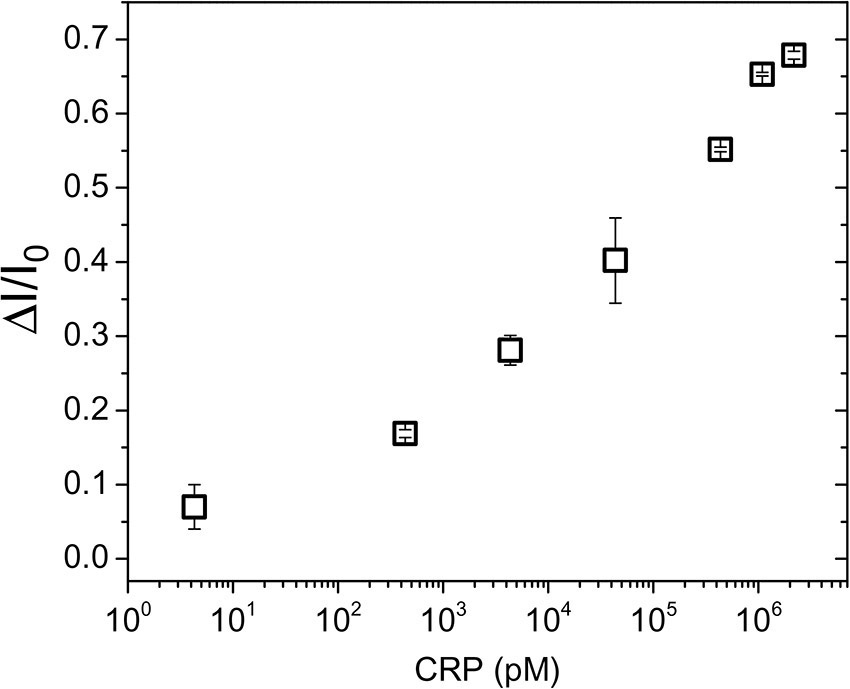 In the second strategy, the anti-CRP antibodies act as recognition elements, and are covalently anchored on the gold gate of the EGOFET device by a self-assembled monolayer: see Figure 1(B). We achieve a highly sensitive transduction of the antibody-CRP interaction because the biosensor response is governed by the small capacitance of the protein layer undergoing minute changes as the antibody-antigen complex is formed. This biosensor allows ultrasensitive detection of CRP concentrations, and achieves an improvement of the detection limit of one order of magnitude compared to the previous configuration (see Figure 3). Furthermore, using this approach, it is also possible to determine the protein-ligand interaction energies.6 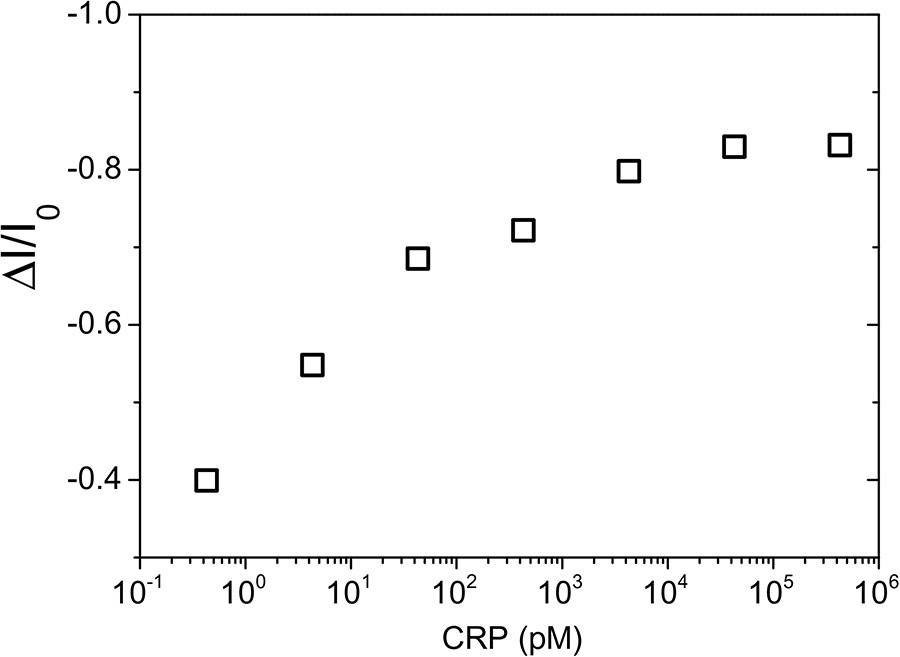 Figure 3. Calibration curve obtained by exposing the EGOFET device (with embedded anti-CRP antibodies on the gate electrode) to CRP solutions in PBS at different concentrations.

In summary, we demonstrated that EGOFETs are a valuable tool to develop ultrasensitive biosensors. Our future research will investigate high-performance semiconductors, such as printable metal oxides (zinc oxide, for example) and graphene, and will focus on integration of proper microfluidics systems and electronic circuits. These investigations will pave the way to realizing printable, reliable, and cheap platforms for POC applications on a large scale.

This work was partially supported by the project “OFET Biosensors for Point-of-Care Applications—Sense-of-Care,” funded by the European Commission program FP7-People-ITN-EID-2012 under grant 316845, and by the PON project “Laboratorio SISTEMA,” funded by the Italian Ministry of Education, Universities, and Research.

Maria Magliulo is assistant professor in the Department of Chemistry. Her research interests include ultrasensitive label-free biosensors, organic bioelectronics, and clinical chemistry. She deals with the development of biosensors based on organic field-effect transistors and the study of new strategies for the integration of biomolecules in them.