Mimicking the crystalline lens of the human eye

Tunable lenses have notable advantages over classical ones. For example, it is possible to change their focal length by modifying some of their physical parameters.1 Tunable lenses efficiently respond to a wide variety of stimulus types, such as mechanical, hydraulic/pneumatic, electromagnetic, thermal, and electrochemical. Potential applications have been reported in several areas, including machine vision, ophthalmology, microscopy, and laser processing.1–4

Current research in tunable lenses aims to build more compact optical systems, but sophisticated techniques and expensive equipment are still needed. In our work we characterized polydimethylsiloxane (PDMS, Sylgard 184) samples typically used in tunable lenses,5 particularly in an adaptive lens known as a solid elastic lens (SEL). We also improved the fabrication process with a simple curing process for the polymer, resulting in an easily handled material with excellent sealing properties. This procedure reduces time and complexity in making prototypes.

We proposed an optical system using a SEL that imitates the accommodation process of the crystalline lens in the human eye. The eye's crystalline lens is flexible and its curvature is controlled by the ciliary muscles. As a result, the eye can focus on objects at different distances from it. This process is called accommodation. We adopted the accommodation-dependent schematic eye model developed by Navarro and coworkers (see Figure 1)6 and used spline implementation to design an appropriate aspheric SEL in SolidWorks® commercial software, with material specifications corresponding to experimentally measured physical parameters of PDMS obtained by us (see Figure 2).5 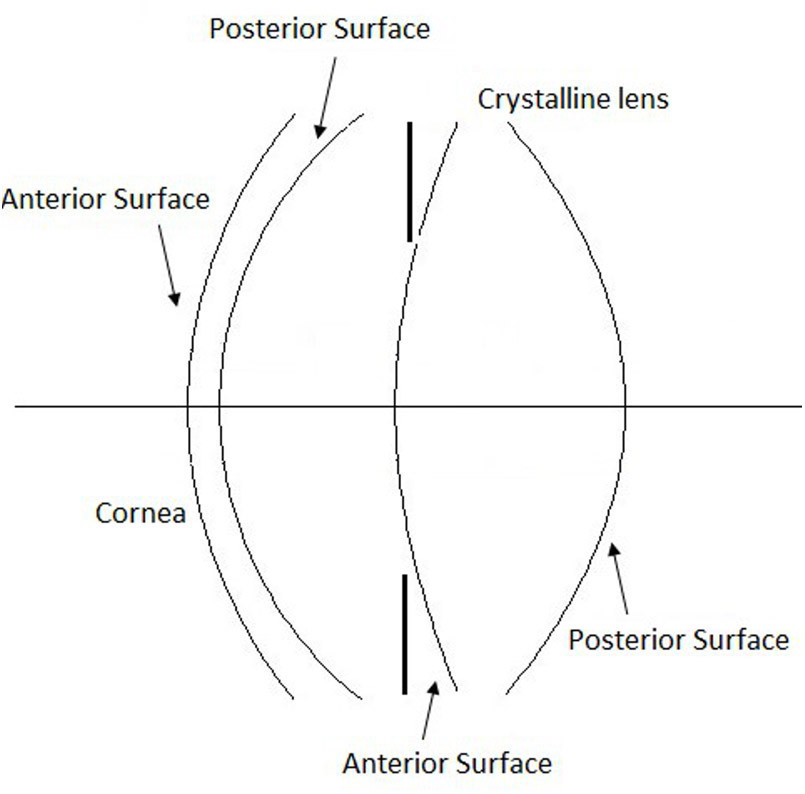 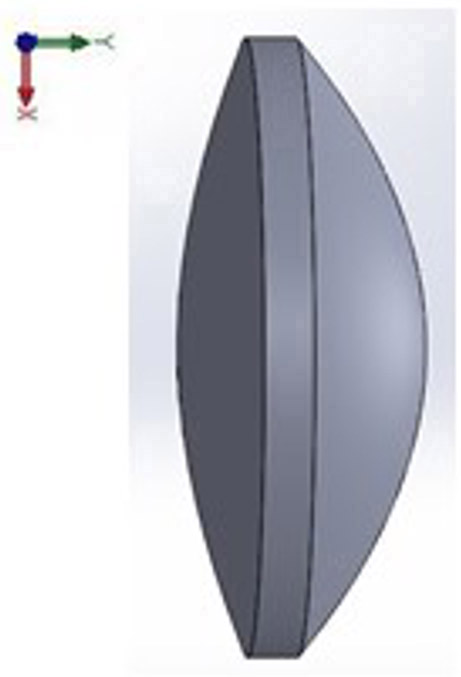 To mimic accommodation, we used the finite element method to simulate a radial force (0–10N in steps of 0.5N) applied to the border of the SEL, assuming the lens was held at the center (see Figures 3 and 4). Figure 3 shows that the maximum tension in the SEL is at the edge, where the forces are applied, and the minimum tension is always in the equatorial zone of the posterior surface. Figure 4 shows the simulated displacement of the compressed SEL. It behaves just as would be expected. When a force is applied to an elastic component, it tends to reduce its size across the axial direction (in this case, along the x-axis) and to increase its size across the equatorial direction (the y-axis).

Figure 3. Distribution of tension over the SEL when subjected to a simulated compression force of: (a) 1N; (b) 4N; (c) 6N; and (d) 10N. The color scale indicates the tension to which the SEL has been subjected, red being higher tension and blue lower.

Figure 4. Total displacements of the SEL when subjected to a compression force of: (a) 1N; (b) 4N; (c) 6N; and (d) 10N. The color scale indicates the total displacement over the surface in millimeters, red being greater displacement and blue less.

Once the accommodation process was simulated, we obtained important features of the SEL by implementing genetic algorithms. Figure 5 shows the radii of curvature of the SEL we obtained as a function of the applied forces for both surfaces. Again, the curvature of both SEL surfaces was as expected. When a force is applied to the border of an approximately spherical elastic lens, the radius of curvature tends to decrease with respect to the axial direction. We also simulated our lens system in the ray-trace commercial software OSLO® to obtain its effective focal length (see Figure 6). 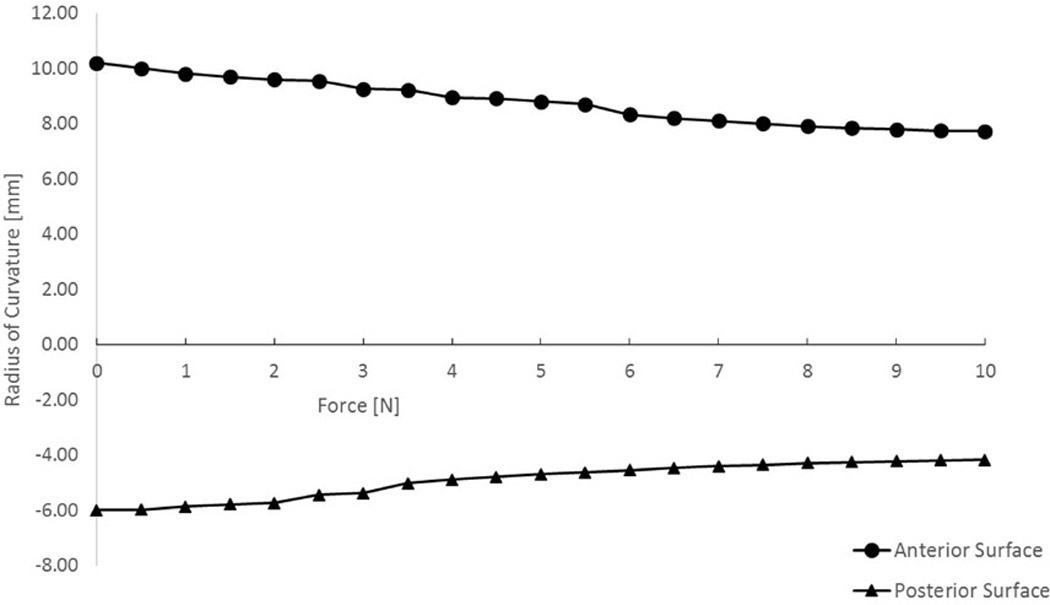 Figure 5. Radii of curvature of both surfaces of the SEL as a function of the applied radial forces. 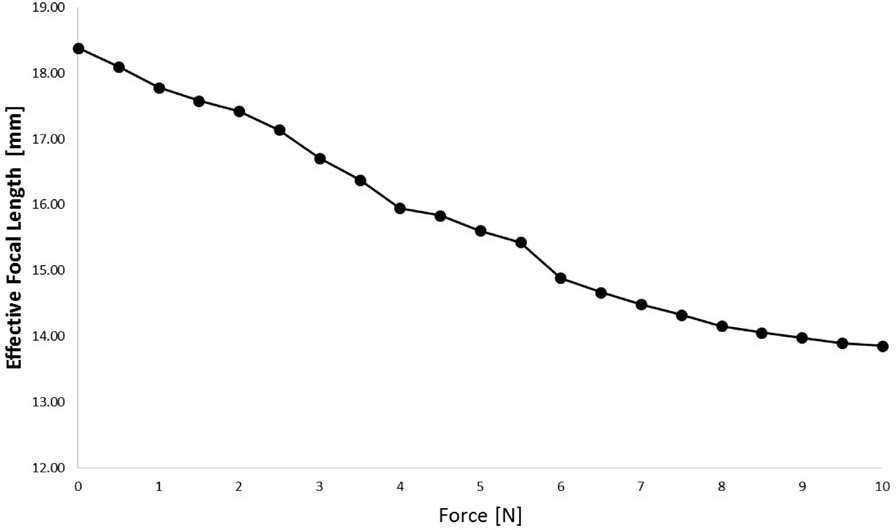 Figure 6. Ray-trace simulation from OSLO shows the variation of the effective focal length of the SEL with applied radial forces.

In summary, we have shown that a PDMS lens can successfully imitate the lens of the human eye. An important application of this type of SEL is to construct an optical system that mimics image formation in the human eye and could be used in machine vision for humanoid robots. We are currently working to construct an automatic opto-mechatronic adaptive system that mimics the accommodation process and image formation of the human eye by considering the eye's four main optical components. These are an adaptive refractive surface to reproduce the human cornea (and able to reproduce focusing errors of the human eye); an adaptive iris (an automatic diaphragm to regulate lighting according to the Moon and Spencer model of average pupil size as a function of light intensity7); an adaptive SEL as described here with a specially designed mechanical mount that automatically applies the appropriate amount of force over the perimeter of the SEL for focusing (see Figure 7); and a CCD camera as a sensor to acquire the image. We hope to develop important novel applications of this technology, such as using these lenses as medical implants in the future, and we also aim to gain a better understanding of the biomechanics of the human eye. 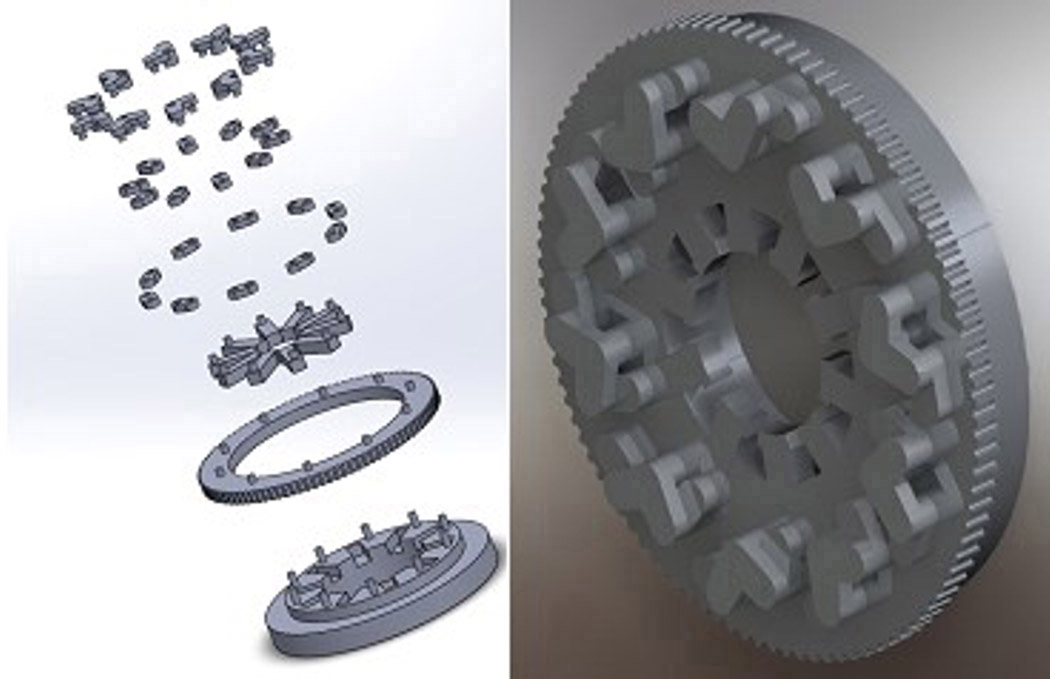 Agustin Santiago-Alvarado has been a research professor at UTM since 1998. His research interests include optical testing, optical design, and adaptive optics.