Renaissance of the Doppler technique for exoplanet studies

Precise radial velocity instruments that use adaptive optics will be essential for the coming era of observations of Earthlike worlds.
10 September 2015
Justin R. Crepp

Terrestrial worlds are a natural outcome of the planet formation process. This result, now secure thanks to measurements from NASA's Kepler space mission, is one of many that we can attribute to the transit method, which relies on the small diminution of light caused by an exoplanet transiting across the disk of its parent star. We also now know that: the frequency of rocky planets located in or near the habitable zone is several tens of percent;1 M-type stars have a propensity to form terrestrial worlds;2 and multiplanet systems are abundant.3 The earliest exoplanet results, however, were obtained using the Doppler radial velocity (RV) technique, which relies on ground-based observations to detect a star's motion due to orbiting planets. Given the multiplex capabilities of space-based transit missions such as Kepler (now ongoing as the ‘K2’ mission) and the much-anticipated Transiting Exoplanet Survey Satellite (TESS),4 one might ask: what role will the RV technique play in the future?

Part of the answer is that the RV field is gradually moving away from survey operations toward dedicated follow-up observations to provide mass and density estimates of nearby planets detected through other means. For instance, order-of-magnitude calculations show that many thousands of nights of observations will be required collectively across the exoplanet research community just for TESS RV support alone. Furthermore, Doppler signals of the most exciting planet candidates in the TESS era will fall well below the detection threshold of existing instruments, which have been stuck at ∼1m/s precision for years. These supply and demand considerations, combined with challenging science requirements, have rejuvenated interest in improving the Doppler method.

Recognizing the urgent need for ground-based follow-up resources, NASA and the National Science Foundation have embarked on a joint program called NN-EXPLORE to support the development of a new precision spectrometer for the 3.5m WIYN telescope at Kitt Peak National Observatory. The motivation for building a dedicated RV spectrometer is based in part on the voice of the exoplanet community, in the form of the Exoplanet Program Analysis Group (ExoPAG), which recently concluded a comprehensive study of the Doppler method.6 In particular, ExoPAG recommended that US astronomers procure (at least) four instruments to meet NASA mission science objectives.

First, an instrument comparable to the High Accuracy Radial velocity Planet Searcher (HARPS) on a 4m-class telescope is needed. (The original HARPS has been operating since 2003 on the European Southern Observatory 3.6m telescope in Chile.) The NN-EXPLORE program will satisfy this requirement.

Second, a new, stable spectrograph on a 10m telescope must be made available for long-term and consistent use in order to access relatively faint targets and provide sufficient temporal sampling of astrophysical jitter on the brightest stars.7

Third, an infrared-optimized spectrometer is needed to survey nearby M-stars and assess the wavelength dependence of stellar jitter. An infrared revolution may be on the horizon with the infrared spectrographs of CARMENES and the Habitable-zone Planet Finder slated for commissioning within the year. Precise infrared measurements are needed to complement years of visible-light observations and provide a lever arm for understanding stellar activity.

The scientific benefits of moving to the infrared are manyfold. However, at wavelengths longer than 1μm it also becomes possible to use adaptive optics (AO), which brings us to ExoPAG's fourth recommendation: development of a diffraction-limited Doppler spectrometer to achieve unprecedented precision. An AO-fed spectrometer would overcome the physical effects that have ultimately limited the precision of Doppler instruments.8 Switching from seeing-limited to diffraction-limited observations (see Figure 1) offers a cascade of practical advantages by enabling significantly higher spectral resolution, the elimination of modal noise (caused by using multimodal fibers), and two orders of magnitude reduction of background contamination (sky, moon, and hydroxyl emission spectral lines). Moreover, the device can attain much higher vacuum levels and improved thermal stability. Many of ExoPAG's recommendations respond to goals set by the 2010 Astronomy and Astrophysics Decadal Survey. An AO-fed Doppler spectrometer may represent the only realistic chance of meeting the Decadal Survey's goal that RV should reach a single-measurement precision of 10–20cm/s.8

Figure 1. All previous Doppler spectrometers have used seeing-limited input images (left). To improve velocity precision by an order of magnitude, from 1.0 to 0.1m/s, requires fundamental changes in the design of radial velocity instruments. Spectrometers operating at the diffraction limit (right), such as the planned iLocater instrument,5offer advantages that can overcome the limitations of existing instruments.

So far, only one such instrument with the potential to achieve highly precise, diffraction-limited observations has been approved for construction: the iLocater instrument5 being built by the University of Notre Dame (see Figure 2). iLocater will receive a well-corrected beam of starlight from an ‘extreme’ AO system.9 Using the two 8.4m-diameter dishes of the Large Binocular Telescope (LBT) to feed the same spectrograph, iLocater will operate with the equivalent collecting area of an 11.8m telescope. Further, a dual aperture configuration provided by the LBT will allow iLocater to monitor and ameliorate internal RV errors. Benefiting from an order-of-magnitude improvement in spatial resolution provided by the LBT AO system, iLocater will also become the only Doppler instrument capable of studying planets orbiting around small-separation binary star systems. 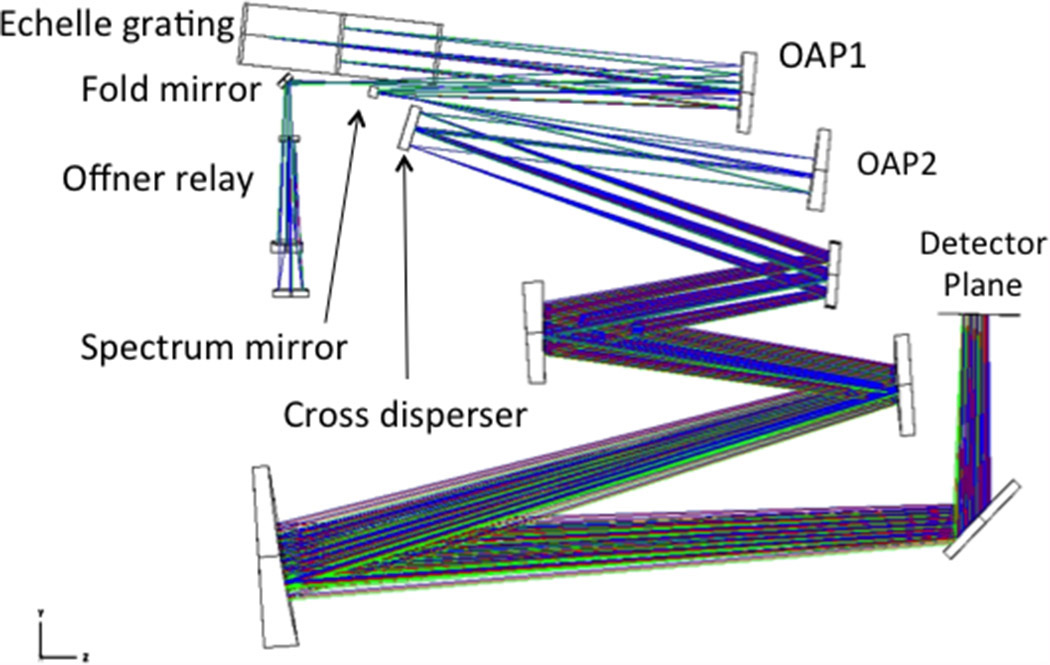 Scheduled for commissioning just prior to the launch of TESS, iLocater will become an essential asset for follow-up observations to check for false-positive signals and measure the mass and density of Earthlike worlds. The next stage of our work on iLocater will be to commission an on-sky demonstrator system this fall at the LBT to measure coupling efficiencies in the Y-band (0.95–1.12μm) using extreme AO and a single-mode fiber.

As with other fields of astronomy, the progression of the Doppler RV technique to diffraction-limited observations seems inevitable. This approach has the best prospects for achieving the precision required to study rocky planets in or near the habitable zone. After being eclipsed in some respects by the transit method, the RV technique is experiencing a renaissance. The timing could not be better: the race to find our nearest galactic neighbors has begun.

Justin R. Crepp is an experimental astrophysicist. Prior to becoming a professor at the University of Notre Dame in 2012, he was a postdoctoral scholar at the California Institute of Technology. He received a PhD in astronomy from the University of Florida in 2008. Crepp develops new technologies to study extrasolar planets.