Experiments in an animal model of multiple sclerosis demonstrate the therapeutic potential of 670nm light treatment.

Inflammation is a double-edged sword. Controlled inflammation is necessary for maintaining physiologic homeostasis and is critical to the natural healing process. However, unchecked inflammation leads to the accumulation of oxidative and nitrosative stress in the body, compromising the structure and function of proteins, lipids, and nucleic acids. By modifying these important macromolecules, inflammation contributes to the natural aging process and a wide variety of disease pathologies, including obesity, diabetes, autoimmunity, and neurodegeneration (see Figure 1). 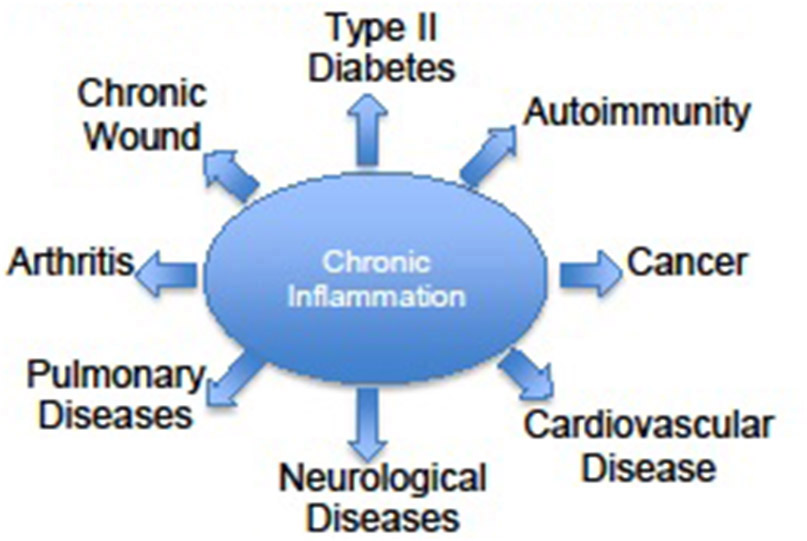 Multiple sclerosis (MS) is a chronic, neurodegenerative autoimmune disease of the central nervous system (CNS), which is mediated by myelin-reactive lymphocytes, leading to chronic inflammation in the CNS. Recent data suggest that chronic MS develops in two parts: an initial autoimmune stage, and a subsequent neurodegenerative episode characterized by ongoing nitrosative and oxidative stress1–3. Current therapies target the immune response and slow disease progression, but they do not prevent it, probably because of a lack of protection against the ongoing neurodegeneration. Effective treatment of MS relies on the development of neuroprotective strategies that target the nitrosative and oxidative stress responsible for chronic disease.

Photobiomodulation (PBM) therapy, using far red/near IR (FR/NIR) laser light (630–1000nm), offers promise as an effective treatment for chronic inflammation and neurodegeneration. One hypothesis to explain the PBM mechanism describes mitochondrial cytochrome c oxidase (CcO) as a photoreceptor for FR/NIR light. Absorption of the light by CcO leads to restoration of mitochondrial induction of gene transcription. The outcome of photobiomodulation is the down-regulation of pro-inflammatory processes, up-regulation of anti-inflammatory mechanisms, and restoration of physiology.4 The autoimmune and neurodegenerative processes culminating in pathogenesis led us to hypothesize that photobiomodulation may be an effective treatment strategy for MS.

To investigate this idea, we considered experimental autoimmune encephalomyelitis (EAE), the primary animal model for the study of MS. We can induce EAE in susceptible species and strains by immunization with proteins found in the myelin sheath surrounding axons of the CNS neurons. For example, immunization of C57BL/6 mice with myelin oligodendrocyte glycoprotein (MOG) leads to a chronic disease characterized by ascending paralysis reminiscent of chronic or late stage MS (see Figure 2)1. Typically, we grade disease on a scale of 0–5, where 0 is indicative of a healthy mouse and 5 of severe disease (See Table 1)5. 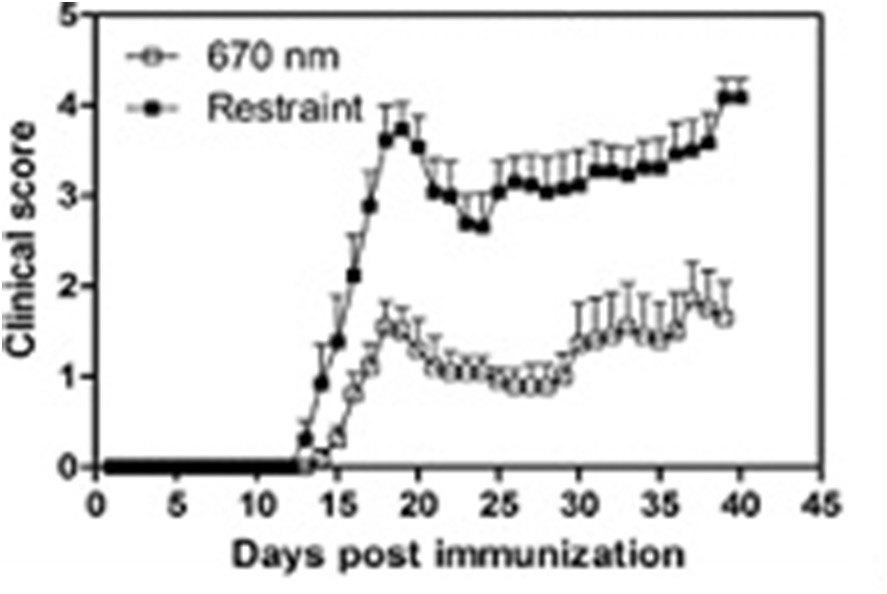 Figure 2. Amelioration of clinical disease severity in an animal model of chronic multiple sclerosis. We immunized mice with myelin oligodendrocyte glycoprotein, amino acids 35-55, to induce EAE. We treated the mice for seven days beginning on the day of onset of clinical signs, followed by seven days of no light treatment, and a subsequent seven-day treatment period.5
Table 1.Clinical grading of the severity of experimental autoimmune encephalomyelitis (EAE).

We used the EAE model to investigate the therapeutic potential of photobiomodulation for the treatment of MS. We immunized C57BL/6 mice with MOG, and when clinical signs became apparent, we assigned the mice to two groups: one receiving light treatment, and the other receiving a sham. Those receiving light treatment received one daily exposure to 670nm light delivered with gallium/arsenic/aluminum LEDs at a dose of 4J/cm2 for seven days, followed by seven days of no light treatment, and a subsequent seven-day treatment period. We assessed for clinical disease for seven days following the last light treatment. We exposed the sham treatment group to restraint stress only, placing it in the polypropylene treatment chamber but not exposing it to light. Assessment of clinical severity revealed that treatment with 670nm light ameliorated the course of disease compared to sham-treated animals5 (see Figure 2). We associated the improvement of clinical signs with the down-regulation of pro-inflammatory mediators and the up-regulation of anti-inflammatory mediators. Furthermore, immunohistochemical analysis revealed less cell death (apoptosis) in mice receiving 670nm light treatment compared to sham-treated animals throughout the course of disease.6

MS is a dynamic and unpredictable condition, with patients experiencing periods of relapse and remission as the opposing pro- and anti-inflammatory mechanisms mediate disease activity. As experiments progress towards clinical studies, one important factor to consider is the selection of wavelength. The 670nm light used in animal studies may be ineffective in patients due to a lack of penetration to the CNS. Early animal studies with 830nm light, which does penetrate to the human CNS, demonstrated an exacerbating effect on early clinical signs and less effective amelioration during the chronic phase of disease. With optimization of treatment parameters, our data indicate that photobiomodulation may be an effective treatment that not only targets the immune response, but also offers the neuroprotection lacking with current treatment strategies. The dual action of photobiomodulation may thus provide an effective treatment for MS, and our future work will focus on realizing that aim.

Jeri-Anne Lyons is an associate professor in the Biomedical Sciences department.