For several radio frequency (RF) applications (e.g., ‘smart’ sensors, energy harvesting devices, and communication systems), custom antenna and packaging designs are required. In the case of reconfigurable devices, or those that require easy deployment (e.g., spreading sensors with random orientations within a large area for environmental monitoring), a conventional one-antenna sensor is generally unable to communicate or harvest energy if its antenna does not face the central station. A 3D structure can be designed to accommodate multiple variably oriented antennas, thereby achieving diversity (improving the wireless link by exploiting signals arriving from different directions) and enabling operability at virtually any orientation.

Additive manufacturing techniques, such as inkjet and 3D printing, can facilitate the implementation of complex structures at very low cost. Using an inkjet printer, conductive inks or dielectric materials can be deposited on a substrate, enabling the fabrication of planar circuits, antennas, or sensors.13D printers make it possible to build polymeric 3D structures with arbitrary heights and thicknesses. However, increasing the total printing volume requires a significantly longer fabrication time and greater material cost.2

To overcome these limitations, we have developed an origami-style folding technique in which a 2D structure can be folded into a variety of 3D shapes. The original 2D structure constitutes either a thin, easily foldable substrate (e.g., paper), a 3D-printed structure made of flexible polymer, or a hard 3D-printed thick planar structure with hinging features that allow folding. The latter has the advantage of mechanical stability, which is particularly important for certain packaging applications (e.g., protecting electronics). Conductive traces can be printed/shaped on the 2D structure by inkjet printing prior to folding. Inkjet printing on thin substrates (such as paper or polyimide) has been an active field of research for the past decade. For the first time, we have demonstrated inkjet printing on 3D-printed surfaces with promising results (see Figure 1).3 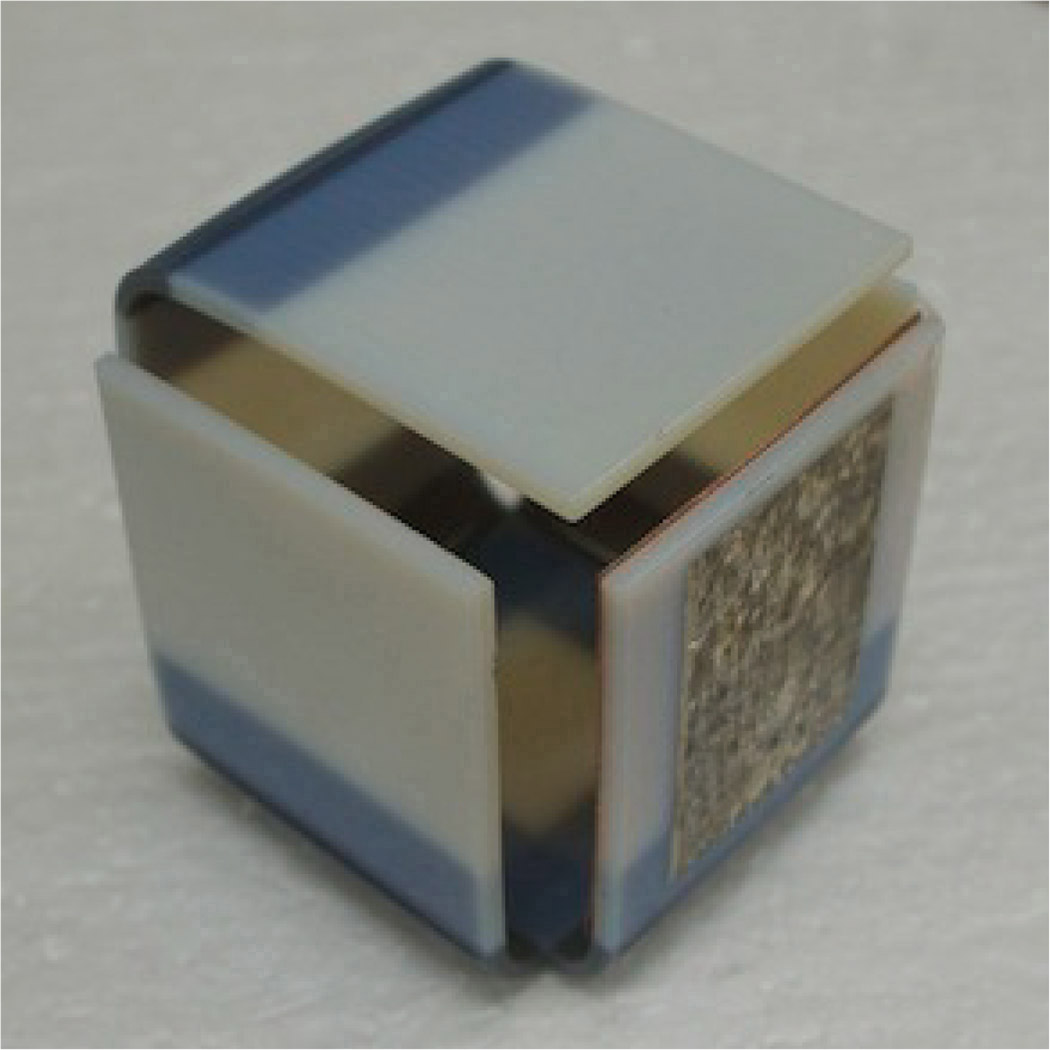 Figure 1. Prototype origami antenna, developed using 3D and inkjet printing, folded in the shape of a cube. For the sides, a rigid material (VeroWhite) is used. Grey60, a material rigid at room temperature but soft when heated, is used to form the hinging edges. The antenna, comprised of silver inks, is deposited onto the substrate prior to folding using an inkjet printer.

The design of our origami antenna involves two phases. During the first phase, the antenna is designed and simulated in its final folded form (i.e., as a 3D structure). This is important because, in addition to the materials and dimensions used, design optimization strongly depends on the device structure. The second phase involves unfolding the structure into a 2D pattern that can be fabricated easily. For example, a cube can be expanded into a cross-shaped planar form: see Figure 2(a). If the cube has dimensions a×a×a and a thickness of b<<a, the fabrication time for a 3D cube is roughly limited by its exterior volume (Vcube=a3). However, the cross shape is two orders of magnitude smaller compared to the cube, thereby minimizing the volume of material required: Vcross=6×(a×b). The sides of the cross are made of a hard polymer (VeroWhite) and the origami-style folding hinges that connect the squares are made of a shape-memory polymer (Grey60). The latter becomes very flexible when heated to a moderate temperature of 60°C, allowing the cross to be easily folded into a cuboid: see Figure 2(b). The hinges become very rigid at room temperature, thereby retaining the cube shape and providing strong mechanical support to its sides. 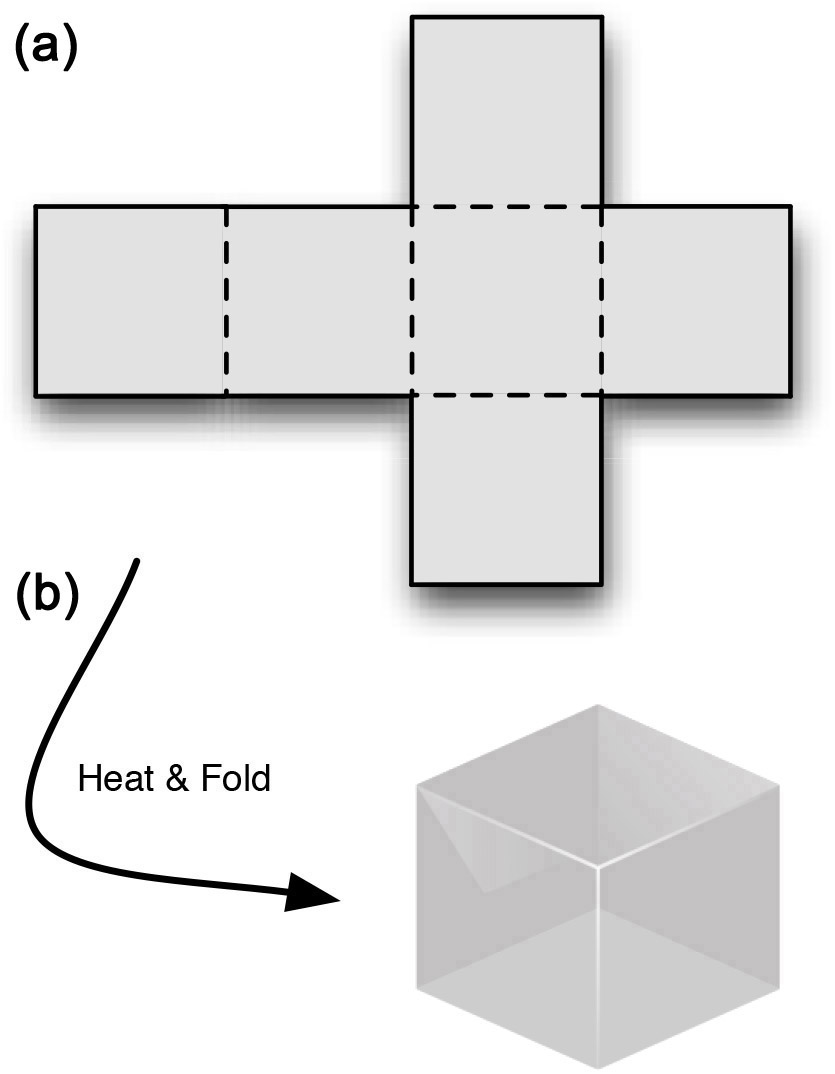 Figure 2. Folding a cross-shaped structure into cuboid. The hinging edges are rigid at room temperature, but become soft and flexible when heated to 60°C.

To shape micron-scale conductive features (such as antennas) on the prefolded planar structure, we used 2D inkjet printing. For proof-of-concept, we printed a patch antenna with silver ink directly onto a 3D-printed glossy surface. For this, we used a silver nanoparticle ink followed by a silver acetate ink with a very low viscosity, the latter of which fills the space between the nanoparticles. In contrast with silver nanoparticle inks, silver acetate can be cured at room temperature or at moderate temperatures under 100°C. These temperatures are safe for the 3D-printed polymers.4 To guarantee high conductivity of the antenna and to minimize losses, we printed a large number of layers and performed heat drying on each printed layer before printing the next to achieve silver-curing uniformity. Eventually, a solid silver ink rectangle, which acts as a patch antenna, is formed on one of the cube's sides (see Figure 1). The inside is covered with adhesive copper tape, which acts as the antenna's ground plane. Finally, we drilled a hole on the structure, enabling the patch to be probe-fed and measured with a vector network analyzer. The antenna is tuned to around 2.38GHz with an excellent return loss (as low as –37dB) at the resonance frequency (see Figure 3). The bandwidth of the patch is 70MHz, and the out-of-band loss is –1dB at 2.2 and 2.6GHz. 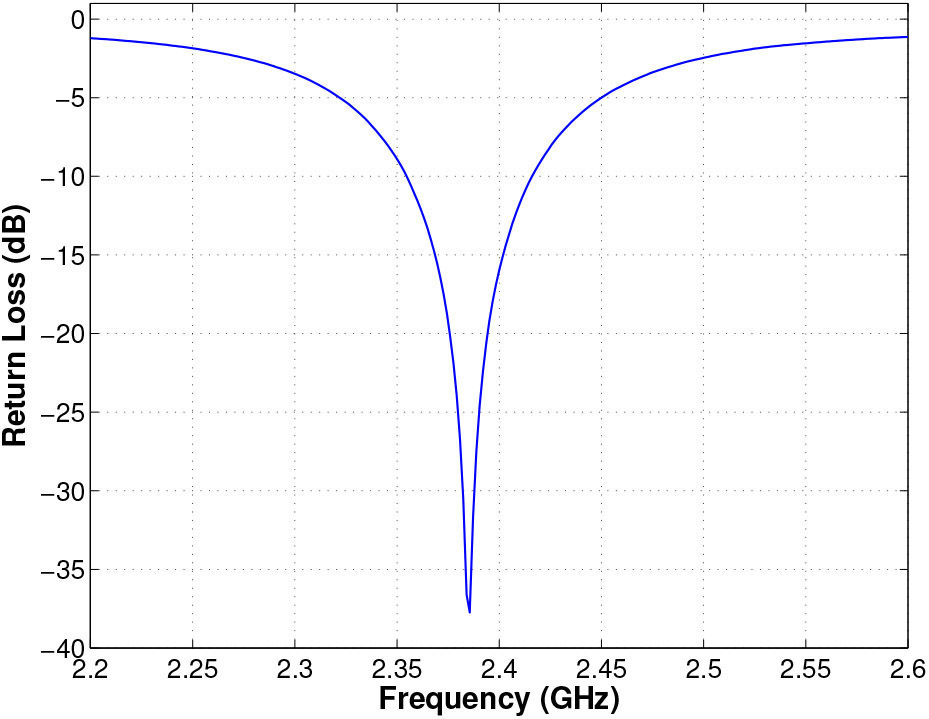 Figure 3. The return loss of the patch antenna shows a resonance frequency around 2.38GHz.

In summary, we have developed an origami-style technique in which printed planar structures can be folded into a variety of 3D shapes. We fabricated a proof-of-concept 3D prototype featuring a printed antenna, the promising performance of which demonstrates the high potential of combining inkjet printing with 3D printing for the fabrication of origami structures. Devices developed in this manner can feature a wide variety of reconfigurability options for high-frequency communication and sensing applications. In future work, we intend to build conformal and wearable electromagnetic sensing systems using all-flexible materials combined with our origami technique.

This work has been supported by the National Science Foundation-EFRI and the Defense Threat Reduction Agency.