Recent military conflicts have demonstrated the need for close air support from precision attack platforms (e.g., the AC-130 gunship) to support ground forces. These aircraft typically use IR sensors to engage moving ground targets, such as vehicles and dismounts. Under clear conditions, targets can be easily identified and effectively engaged. In degraded environments, however, the atmosphere can inhibit traditional electro-optical sensors. Close-in air support therefore can currently only be conducted during clear weather conditions.

In many important parts of the world (such as the Korean Peninsula, Central America, Colombia, and the Balkans) clouds are present between 25 and 50% of the time.1 The amount of time in which US close-air-support aircraft can engage targets is therefore severely limited. In addition—even in clear weather—once targets are engaged from the AC-130, copious amounts of dust are raised. This dust—from explosions and incoming rounds—prevents targeting of adversaries from the aircraft and makes it difficult to track friendly ground forces in the area.

We are currently developing a gimbal-mounted radar sensor that will provide high-frame-rate radar images. This data will be used for targeting operations when atmospheric conditions inhibit the use of electro-optic sensors. Our radar system can be used to image the ground, even through clouds and dust, at a sufficiently high resolution and frame rate to support the engagement of maneuvering targets. An artist's depiction of our system in operation is shown in Figure 1. 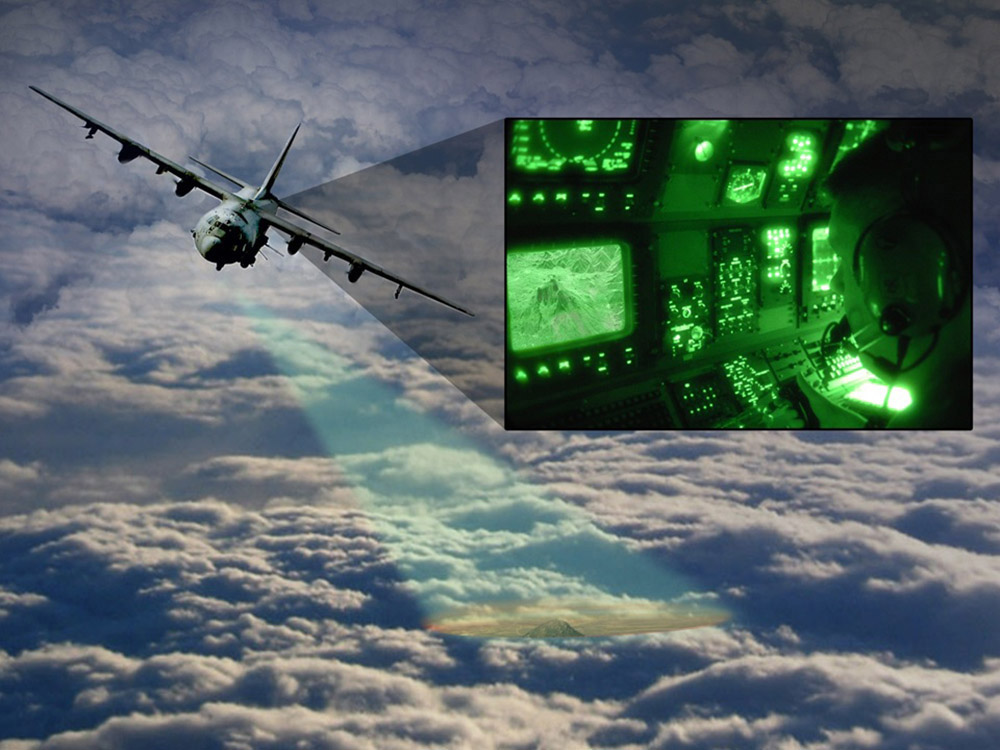 Figure 1. Artist's impression of a close-air-support aircraft with the Video Synthetic Aperture Radar (ViSAR) imaging the ground through a layer of clouds.

We are currently building a prototype of the Video Synthetic Aperture Radar (ViSAR) system,2 which we plan to demonstrate in over-the-air flight tests in 2016. Our ViSAR system consists of a 233GHZ front-end that up-converts from, and down-converts to, a back-end that is built from a conventional microwave radar instrument. We will install the 233GHz portion in a tactical gimbal, which is known as the Multi-Spectral Targeting System-B (MTS-B). The MTS-B is a 20-inch gimbal that is flown on a variety of platforms, e.g., the MQ-9 Reaper unmanned aircraft. By fitting with this gimbal, we plan to demonstrate our ViSAR system can easily be installed on tactical aircraft, such as the AC-130.

Our ViSAR antenna design (see Figure 2) includes five small antenna horns, i.e., one horn for transmission and four receiving horns. There are four receivers (one for each receiving antenna horn), each with an analog-to-digital converter. We use signal-processing algorithms to process the data. We are therefore able to generate high-resolution ground-focused SAR images, which can be used to detect and relocate moving targets. The acquired images can then be mapped onto an angle/angle display, similar to the system used by AC-130 operators. 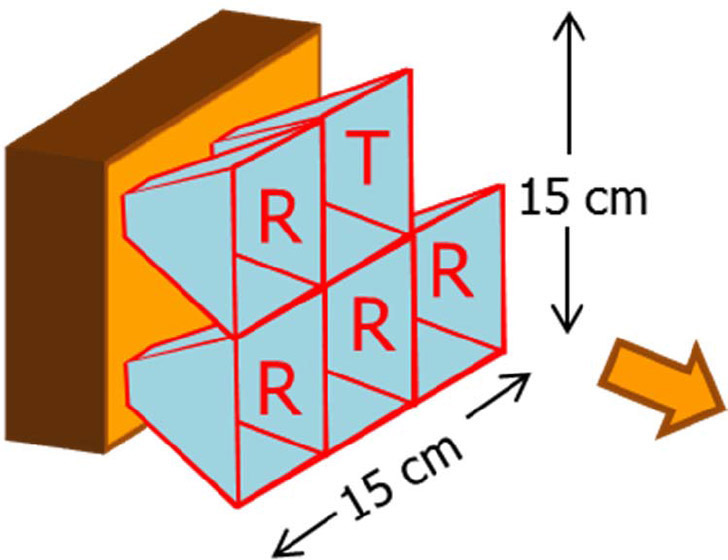 For the design and development of our prototype ViSAR system, there were no suitable existing electronics for use in the 233GHz band. We have therefore fabricated the necessary hardware ourselves. We have developed 233GHz receivers, exciters, and a solid-state 1W amplifier.3 All these components meet the required specifications (noise figure, bandwidth, and power) over our 231.5–235GHz band. We have also started to develop a 233GHz vacuum tube amplifier, which will provide sufficient power to permit operation through the most dense of low-altitude clouds. In parallel, we have collected extremely high-frequency-band measurements on the radar cross section of terrain, dismounts, and rain.4 In addition, we are now designing the overall system and developing the approach for packing all of the 233GHz components into the MTS-B.

We are currently developing a high-frequency radar—ViSAR—that can be used to image through cloud cover and provide sufficiently high resolution and frame rates to track moving targets on the ground. We plan to integrate our system in the laboratory during the fall of 2015, and then pack it into the MTS-B during the winter and spring of 2016. In the summer of 2016, we will fly the MTS-B on a DC-3 aircraft to demonstrate over-the-air real-time imaging of moving and stationary targets through clouds. We are also exploring the possibility of providing additional capabilities with our radar system. These could include the measurement of wind speeds and directions (to inform adjusting fire), performing battle damage assessments, and providing a secure short-range air-to-ground datalink.

The views, opinions, and/or findings contained in this article are those of the author, and should not be interpreted as representing the official views or policies of the Department of Defense or the US Government.

Bruce Wallace served for 33 years at the Army Research Laboratory as the chief of the Radio Frequency and Electronics Division. He has since formed his own consulting firm, MMW Concepts LLC. He joined DARPA in 2011, where he is developing millimeter-wave system concepts. He is also a fellow of the Institute of Electrical and Electronics Engineers.