Drug resistance is a fast-growing global health problem, requiring the rapid development of new therapeutics. One solution is antimicrobial blue light, which has attracted increasing attention because of its intrinsic antimicrobial effect without the involvement of externally applied photosensitizers (molecules that induce a photochemical effect). Furthermore, microbes are less able to develop resistance to blue light than to drugs. However, despite these advantages, this optical approach has yet to become established as a treatment for infections.

The mechanism behind the antimicrobial activity of blue light is not fully understood. A common hypothesis is that the light excites naturally occurring photosensitizers within bacterial cells (iron-free porphyrins and/or flavins), and subsequently leads to the production of cytotoxic reactive oxygen species. Alternative optical methods, such as antimicrobial photodynamic inactivation, require additional photosensitizers such as toluidine blue O, methylene blue, and azure dyes. These are excited in the presence of light of a specific wavelength, enabling the production of reactive oxygen species that can kill infecting microbes. Other light-based techniques, such as antimicrobial photodynamic therapy (aPDT) and UV-C irradiation therapy, have limitations. aPDT has less-than-perfect selectivity for bacteria over host cells, and for this technique the introduction of exogenous photosensitizers into certain bacteria can be challenging. For UV-C, the UV light can have a detrimental effects on host cells. By contrast, it is well accepted that blue light is much less damaging.

We have shown that antimicrobial blue light selectively inactivates multi-drug-resistant microbes while preserving human epidermal skin cells (i.e., keratinocytes)1–3 (see Figure 1). For our experiment, we considered Acinetobacter baumannii (A. baumannii), a Gram-negative bacterium that can cause infectious outbreaks in critically ill patients, often with limited treatment options due to antibiotic resistance. We exposed the bacteria, in infected mouse wounds,1–3 to blue light irradiation from a prototype LED with peak light emission at a wavelength of 415nm. The results showed a significantly reduced microbial burden (see Figure 2), such that the mice survived exposure to potentially lethal infections.2 Furthermore, we observed no development of blue light resistance after 10 serial exposures of microbes to the light.3 Analysis using high-performance liquid chromatography supported the hypothesis that endogenous iron-free porphyrins were associated with the antimicrobial effect of blue light. 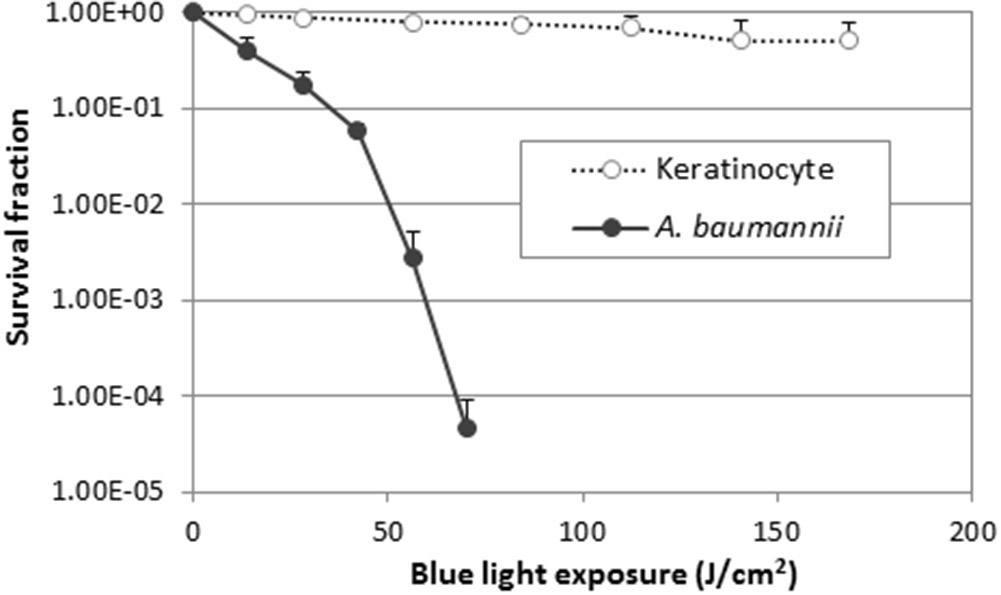 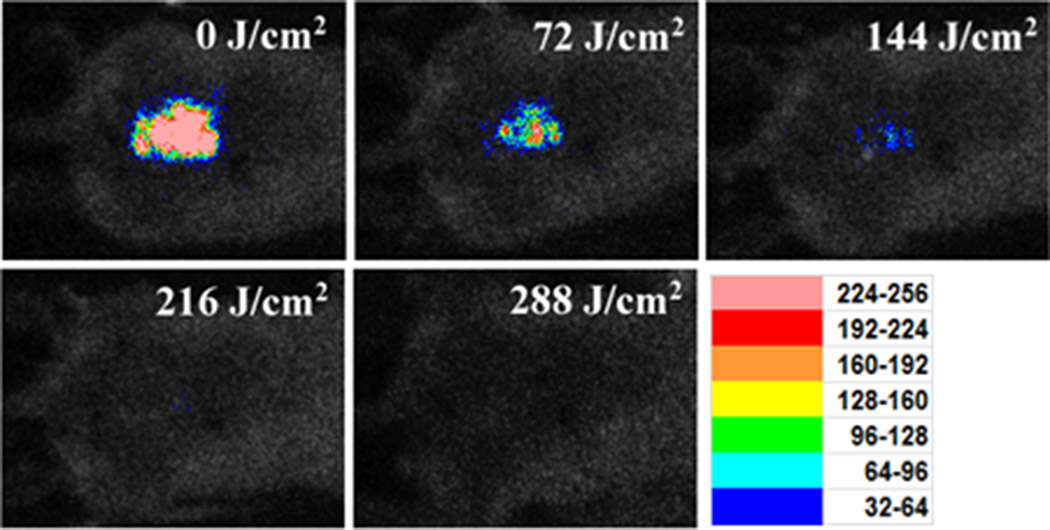 Figure 2. Successive bacterial luminescence images of a representative mouse burn infected with A. baumannii and treated with blue light.

A. baumannii infections have been prevalent in critically injured soldiers in Afghanistan and Iraq, posing a major clinical problem and an economic burden. The use of antimicrobial blue light for the treatment of infections is compelling, in that it is a non-antibiotic approach that is non-injurious to host cells and tissue.4

In future work, we will study the application of interstitial light delivery techniques (such as using minimally invasive optical fibers) to treat deep-seated infections.

This research is supported by the National Institutes of Health and the Department of Defense.

Yucheng Wang is a graduate research assistant at the Wellman Center for Photomedicine. Her research interest is primarily focused on antimicrobial light-based therapy.

Tianhong Dai is an assistant professor. He is considered a world leader in antimicrobial blue light therapy for infections, and a world expert in animal models of wound infections using bioluminescent microbes. He is the author and coauthor of more than 80 peer-reviewed publications.