Over 500,000 patients are treated for venous ulcers annually, accounting for approximately 1% of total healthcare costs in the western world.1, 2 Direct wound care costs often exceed $2,400 per month,1, 2 but despite this, the pain and resulting limitations on mobility and productivity mean venous ulcers force many patients to give up work. Not only does this create an economic drain, but it can potentially lead to further costs associated with anxiety and depression.3Hence, even modest reductions in healing time could reduce healthcare costs significantly. The ideal solution could be used at home by patients, reducing hospital visits for patients with limited mobility and providing more-convenient treatment for chronic wounds.

We recruited 16 patients between the ages of 18 and 80 years and with chronic venous ulcers from Drexel University Wound Healing Center for a trial of ultrasound treatment of their wounds with concurrent optical monitoring. Eligibility included having had a documented venous ulcer for at least 8 weeks with a surface area ≥1cm2 using a standard calculation of length × width.4Furthermore, patients with moderate to severe vascular insufficiency (ankle brachial index <0.75 or toe brachial index <0.5) were excluded, as tissue oxygen perfusion and subsequent wound healing are known to be diminished in these individuals.5Patients with invasive bacterial infection or on antibiotics were also excluded.

Following enrolment, the subjects were randomly assigned to one of two experimental groups: active ultrasound treatment or treatment with a sham applicator. Treatment sessions lasted 15 minutes and were conducted once a week for a period of 12 treatments, or until closure. Throughout the study, all subjects received standard wound care that included weekly or bi-weekly surgical debridement with a scalpel and topical anesthesia, compression therapy, edema control, and any prescribed topical therapies determined by the physician. Clinical efficacy was evaluated by measuring the reduction in wound area over time. Concurrently with the ultrasound treatment, we successfully used non-invasive optical diffuse spectroscopy to monitor the ulcers' healing status by measuring tissue oxygenation and blood flow in the capillary network. Changes in wound microcirculatory blood flow over time were measured for each wound and compared against the hypothesis that blood flow in the non-healing wounds would be higher owing to inflammation or immature capillary beds. As inflammation reduced, we expected that flow would decrease, relative to baseline, and granulation tissue would be replaced by increased vasculature.

During each treatment session, a local topical anesthetic (e.g., Lidocaine) was first applied to the wounds. Next, we wrapped an optically and acoustically transparent sterile wound dressing around the ultrasound or sham applicator before each treatment to maintain an aseptic environment from patient to patient. Figure 1 shows a photograph of the ultrasound applicator used during the study. The applicator was coated with sterile ultrasound gel, placed directly on the wound, and affixed using surgical tape. The applicator was turned on for 15 minutes and then a photograph for wound size determination was taken. Three blood flow measurements were taken on wound tissue immediately before and immediately after each treatment. Each optical measurement session lasted less than two minutes. No adverse events were reported throughout the duration of the study. 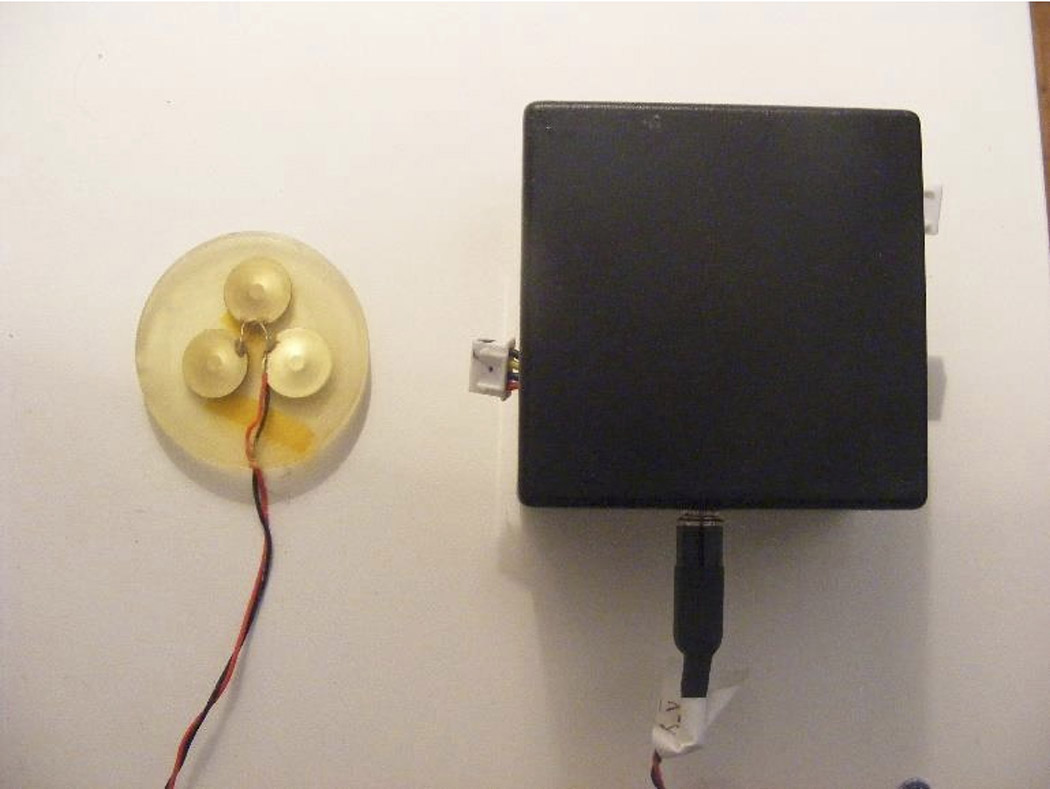 Figure 1. The ultrasound applicator used during the clinical study.

The study findings show that the ultrasound treated group had a statistically improved (p<0.04) rate of wound size change (reduction of 8.2% per week) compared with that of the control group (increase of 7.5% per week on average; see Figure 2). Of the seven patients in the sham group at the end of the study, only one healed completely, compared with four of the nine wounds in the treatment group. In addition, the calculated blood flow index decreased more rapidly in wounds that decreased in size over time compared with the wounds that increased in size over time as well as unresponsive wounds. 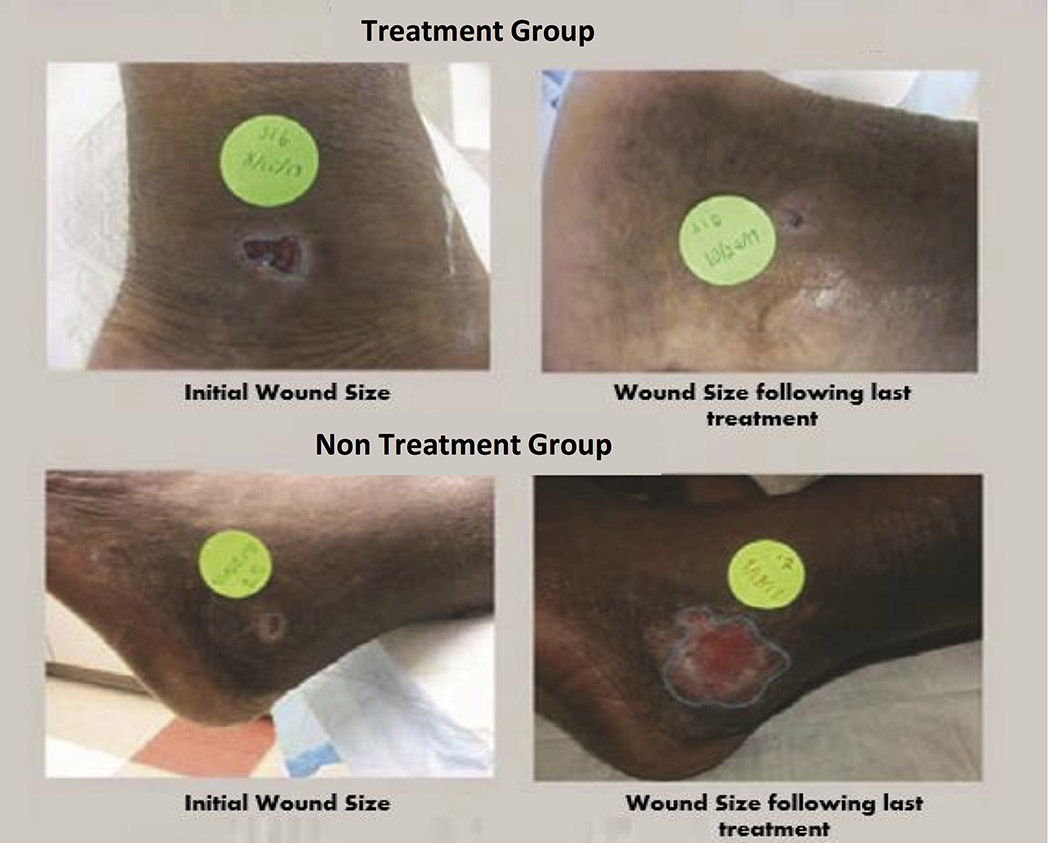 Figure 2. Representative photos of wounds from a non-healing ulcer in the sham group (bottom) and a healing ulcer in the 20kHz 15min treatment group (top). The green sticker (diameter 1in) was used for wound identification as well as a marker for scale by wound sizing Matlab software.

We found a statistically significant (p<0.025) correlation (Spearman's rank correlation coefficient r=0.57) between the rate of wound closure and week-to-week size reduction. The optical system was able to provide an early prognosis tool for the monitoring of healing outcomes, potentially enabling an agile intervention and customization of wound management.

In summary, we evaluated a wearable ultrasound therapy device for the healing of chronic venous ulcers and used concurrent optical diffuse spectroscopy to monitor healing outcomes. The novel, low-energy, wearable ultrasound therapy generates pressure amplitudes close to 55kPa and operates at 20kHz. Our results support the notion that active low-frequency ultrasound treatment of chronic venous ulcers combined with the current standard of care promotes the healing process. The ultrasound applicator provides a fully wearable system that can be easily self-administered and has the potential to become the first device used in-house for the promotion of venous wound healing. Our immediate next goal is to expand the study to include diabetic wounds and determine the mechanisms by which this accelerated healing is occurring.

This work was primarily supported by the National Institutes of Health (5 R01 EB009670). The authors would also like to thank the staff at the Drexel University Wound Healing Center for their assistance and use of their facilities. Finally, the prematurely departed contribution of Elisabeth Papazoglou, who was instrumental in getting the diagnostic aspects of this research off the ground, is respectfully acknowledged.

Peter A. Lewin is R.B. Beard Distinguished University Professor of Electrical and Computer Engineering as well as director of the Ultrasound Research and Education Center in The School of Bioengineering. His research interests include biomedical ultrasonics, piezoelectric transducers and sensors, and acoustic applications in medicine.