Certain chemicals and structures are chiral (handed), that is, they exist in two non-superimposable forms, similar to the way a left hand cannot be superposed on a right hand. Chiral nanostructures are desirable because they offer the possibility of new materials science, such as chiral photonics, plasmonics, and chiral chemical reactors, with selective identification of chiral molecules and composites on the nanoscale. However, chiral nanostructures are difficult to fabricate even by advanced chemical processes.

My colleagues and I have discovered a simple way to construct chiral nanostructures by irradiating a metal with an ‘optical vortex.’1, 2 These carry an annular (i.e., ring-shaped) intensity profile and orbital angular momentum (lℏ, where l is an integer and φ is the azimuthal angle) associated with a helical wavefront in the transverse plane (see Figure 1). (Circularly polarized light also has spin angular momentum, that is, a helical electric field.) The direction (sign) of the orbital angular momentum determines the chilarity (handedness) of the nanostructures.3–5 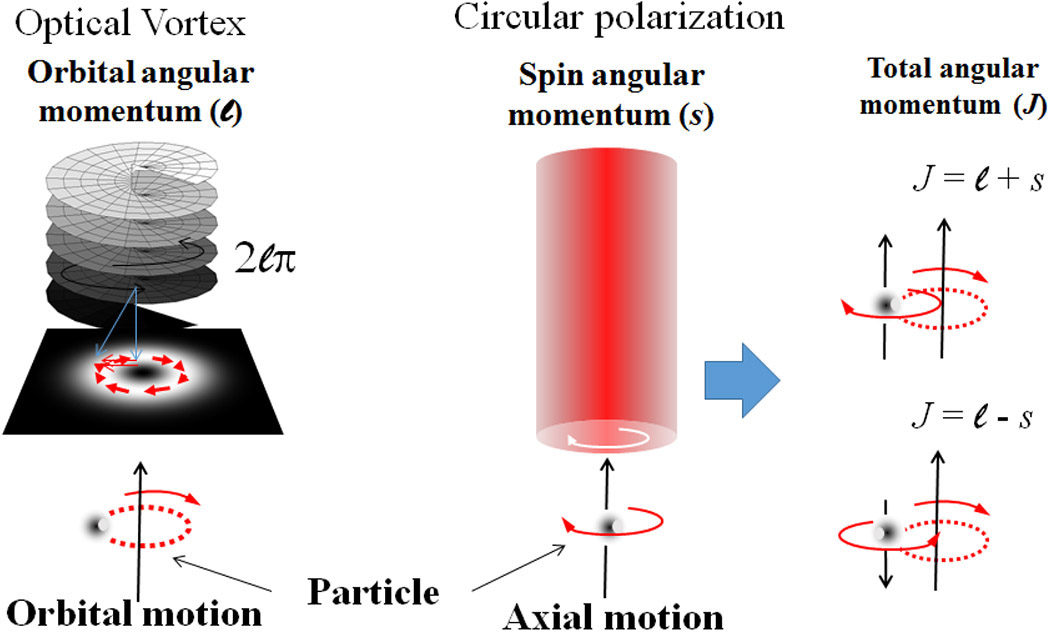 Surface relief structures on an azo-polymer film are known to be formed by producing an optical gradient force that physically moves some of the azo-polymer. This, together with additional factors of anisotropic photo-fluidity and cis-trans photo-isomerization, are associated with intensity modulation as well as the polarization of the incident light.6 However, linearly polarized (even circularly polarized) light cannot form a chiral surface relief. We have formed, for the first time, chiral surface relief structures on an azo-polymer film. We achieved this by illuminating the surface with a circularly polarized optical vortex.7

The azo-polymer (a poly-orange tom-1, POT) has a strong absorption band in the 300–550nm wavelength range and exhibits photo-isomerization upon the irradiation of a green laser (see Figure 2). We combined a continuous-wave 532nm green laser with a polymer spiral phase plate (RPC photonics, VPP-1c) and a quarter-wave plate to produce a circularly polarized green optical vortex laser with a total angular momentum of J=2. The spiral plate, produced by a grayscale lithography technique, provides a spiral phase to an incoming wavefront. We used an objective lens (NA∼0.65) to focus the optical vortex on an annular spot 5μm in diameter on a 4μm thick spin-coated azo-polymer film. The exposure time and the laser intensity were fixed at 12s and ∼4 kW/cm2, respectively. The azo-polymer surface relief was observed by an atomic force microscope (AFM; SHIMADZU, SPM-9700) with a lateral spatial resolution of 0.2nm. 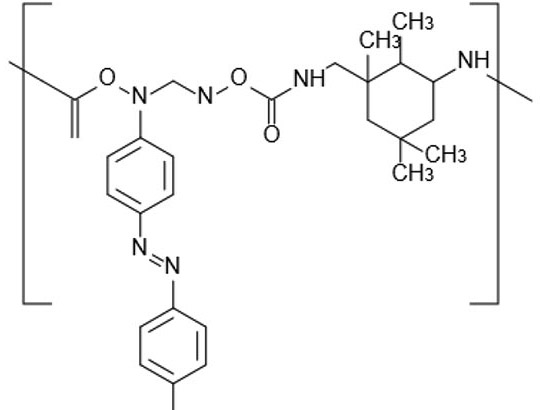 Figure 2. (a) The chemical structure of the azo-polymer poly-orange tom-1. 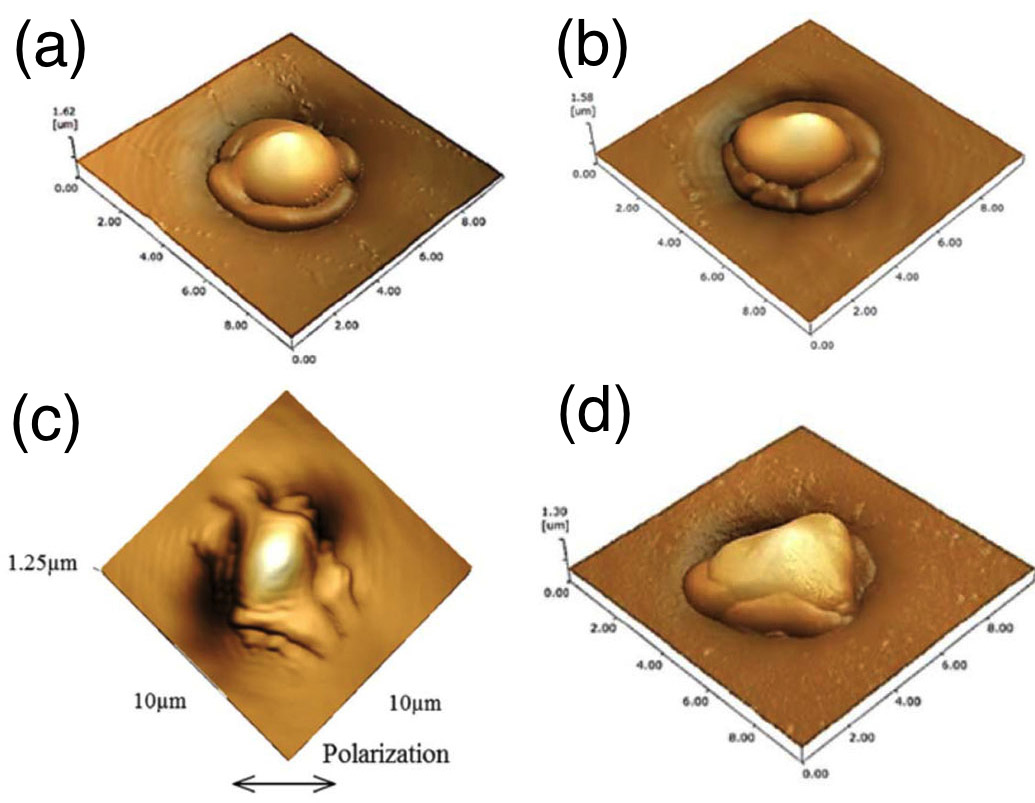 In summary, we have shown that a circularly polarized optical vortex is a simple way to generate chiral polymeric reliefs. These could be doped with functional chemical composites and metal (or semiconductor, magnetic) nanoparticles as impurities to produce planar chiral photonic devices, as well as chiral plasmonic materials. The technique provides the potential to develop new advanced technologies, such as nano-imaging systems, chemical reactors, and biomedical nanoelectromechanical systems. We are now exploring how to use the chiral polymeric relief's selective identification of chiral chemical composites and, when coated by a thin gold film by a sputtering process, as chiral plasmonic holograms.

Takashige Omatsu received a doctorate in applied physics from the University of Tokyo, Japan, in 1992. He was appointed a professor at Chiba University in 2007. His principal research research interest is optical vortex technologies including optical vortex material processing. He has already published more than 250 journal and conference papers.