The discovery of the Higgs particle at CERN in 2012 represented exciting progress in the field of particle physics, providing strong proof for spontaneous symmetry breaking (SSB) and the existence of a Higgs field. The concept of SSB in particle physics, developed by Yoichiro Nambu, was partially triggered by the Bardeen-Cooper-Schrieffer (BCS) theory for superconductivity. This theory is based on an effect that arises when an interaction links pairs of electrons into bosonic states called Cooper pairs. The existence of a condensed matter analog of the Higgs boson (a collective amplitude mode that arises from oscillations of the superconducting order parameter: see Figure 1) was proposed by Philip W. Anderson nearly half a century ago,1 prior to the prediction of the Higgs boson in particle physics.2 This collective amplitude mode, which has only recently been referred to as the Higgs mode, has attracted much attention3 from a fundamental point of view (e.g., for the study of quantum phase transitions, nonequilibrium dynamics, and novel nonlinear phenomena, all of which can be investigated in tabletop experiments). Using external fields to artificially control the order parameter of superconducting materials represents another highly intriguing prospect. Clarifying the behavior of coherent light–matter interaction in superconductors would open up a new avenue for the study of unconventional superconductors, for photo-control of superconductivity, and potentially for photoinduced superconductivity. 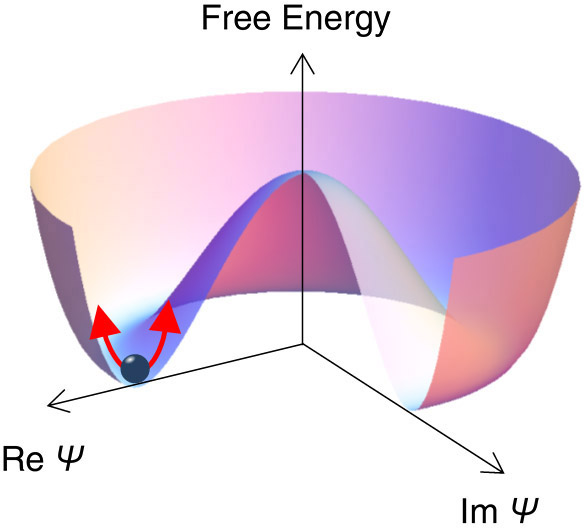 Figure 1. A schematic picture of the Higgs mode (red arrow) on the free energy potential in the plane of the complex order parameter (Ψ). Re: Real. Im: Imaginary.

We have observed the Higgs mode in the conventional superconductor niobium titanium nitride (Nb1−xTixN) using state-of-art terahertz (THz) pump–THz probe spectroscopy.5, 6 Although the Higgs mode does not couple directly to the radiation field, it can be excited by THz light. We irradiated an intense monocycle THz pulse, generated by optical rectification in a lithium niobate (LiNbO3) crystal,7 onto Nb1−xTixN. Cooper pairs are instantaneously broken by the intense THz pulse. Such a sudden (nonadiabatic) perturbation of the superconducting ground state induces a fluctuation of the order parameter amplitude.8, 9 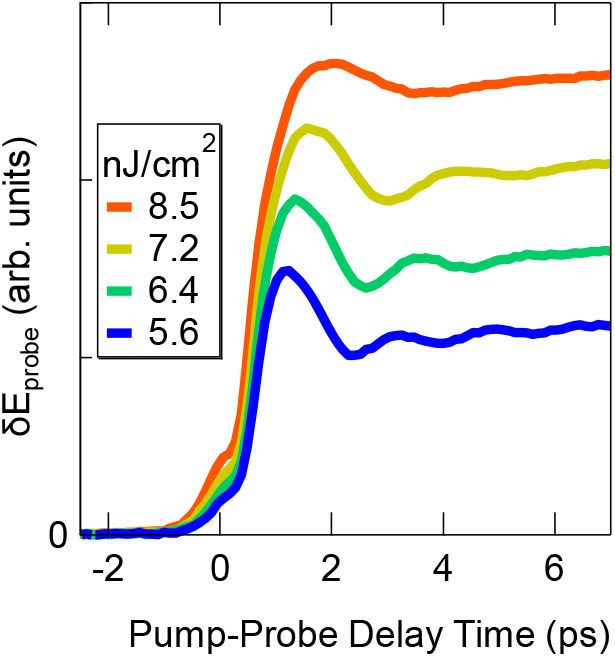 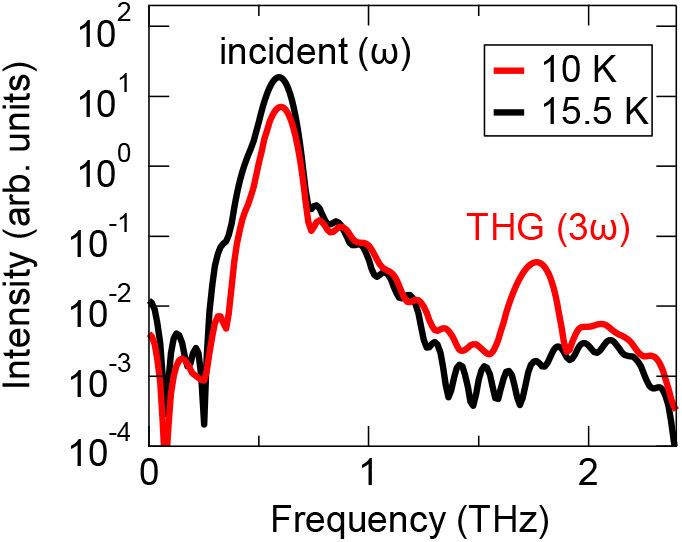 In summary, we have confirmed the existence of a Higgs mode in superconductors nearly half a century after its initial prediction. As well as prompting further study of the Higgs mode in unconventional superconductors, our results unveil a new type of nonlinear light–matter interaction associated with cooperative phenomena in correlated quantum systems. This new optical phenomenon shows promise for application in nonlinear THz photonics and provides a new approach for the study of superconductivity by optical means. In future work, we intend to use this scheme to study the behavior of unconventional superconductors.