A high-power laser diode has been demonstrated that will provide an order of magnitude increase in brightness compared with conventional devices.
02 February 2015
Christopher Corcoran and Frederic Durville

Signals for space (i.e., satellite) communications must be transmitted over extremely long distances. To achieve efficient transmissions, high-power sources—with good collimation—are therefore required. Compared with radio waves, optical sources (e.g., laser diodes) have the advantage of much smaller beam divergence because of their much shorter wavelengths. It remains a challenge, however, to increase the output power of laser diodes while preserving their excellent beam propagation characteristics.

Several techniques are available to increase the overall power of a laser transmitter. With the simplest of these techniques—incoherent beam combination1—the outputs from an array of individual lasers are simply added. The output phases of these individual lasers, however, are uncorrelated and thus produce extremely poor beam quality, which results in high beam divergence and a low-power signal being detected at the target. In a more sophisticated technique—active beam combination2—electronic control of each output's phase is used to preserve the quality of the composite beam. With this approach, however, complicated circuitry and control electronics are required to measure and adjust the phase of each individual laser.

We have developed an innovative passive beam combination technique, in which we use a simple method to combine the beams from multiple lasers.3 We are able to maintain the phase relationship between each laser and thus achieve good beam quality. For our technique, we do not require any active sensors or control electronics. We simply exploit the supermode properties of a specially designed optical resonator to force the multiple lasers to act as a single source.

To transform each laser into an amplifier, we use an antireflection coating on the output facets of the lasers in the array. We arrange these facets in a self-Fourier (SF) pattern, which is designed to reproduce itself upon a single, spatial Fourier transformation. This Fourier transform process for optical patterns is widely used in optical processing techniques, e.g., holography and optical character recognition.4 We then couple the laser array to an optical cavity (the ‘SF cavity’), which performs an optical Fourier transform with the use of a single Fourier lens (see Figure 1). With the individual sources arranged in this manner, we force the entire laser array to operate in a single supermode, where each element emits in-phase with all the other elements.

To demonstrate our passive beam combination technique, we fabricated a monolithic semiconductor laser array that contains 35 individual elements on a single monolithic chip. We mounted this array in our external SF cavity (see Figure 2). We operated the system with about 1W output power, and measured 57% of the output power as coherent.5 We have also demonstrated experimentally that the beam quality of the output is independent of the number of elements in the array. These experimental results are in good agreement with our theoretical models of operation.6 Our measurements also show that the coherent output power increases linearly with the number of elements in the laser array (see Figure 3), which is also predicted in our models. This result leads to a significant increase in the power that can be generated with good beam quality, and will facilitate increased capabilities for laser communications over large distances. 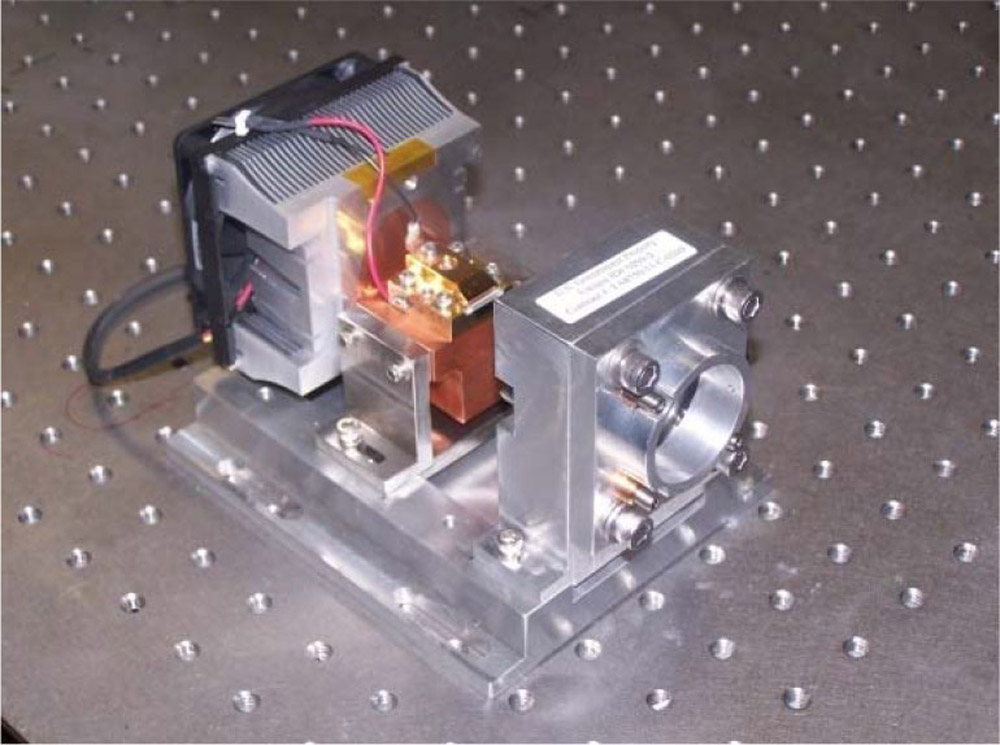 Figure 2. Photograph of a prototype SF cavity used in experimental tests with a monolithic diode laser array that contained 35 elements. 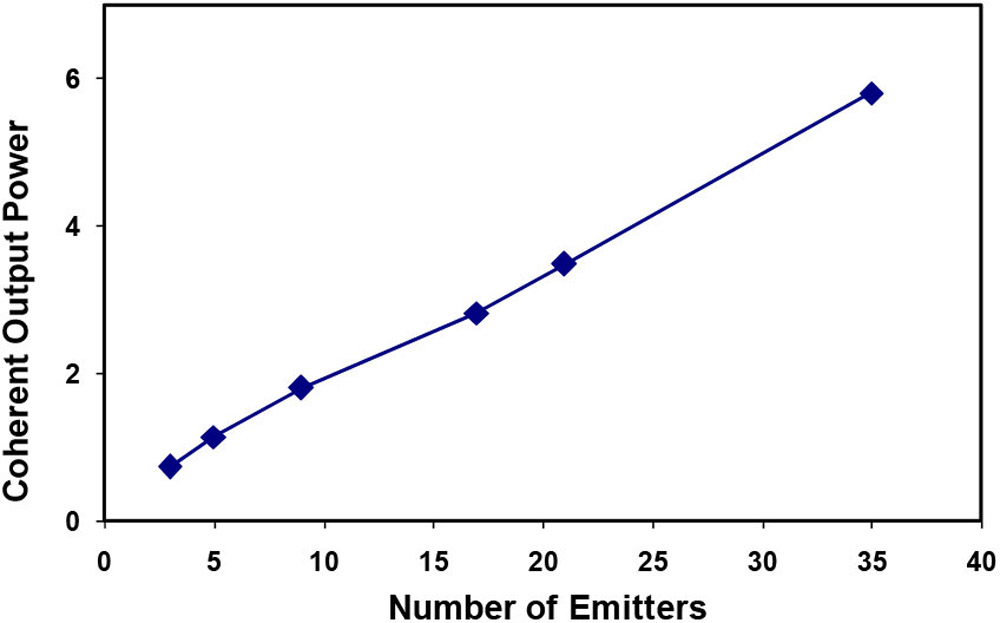 Figure 3. Experimentally determined relationship between coherent output power and the number of elements in the laser array.

To exploit further the unusual properties of our coherent laser array, we have developed a communication technique known as coherence modulation. With this methodology, we modulate the coherence of the laser output via the addition of a small high-frequency dither to the injection current of the laser diode array. This small current variation results in the destruction of the phase relationship between the elements in the array. The modulation of the coherence results in modulation of the power that is detected by a distant receiver. This is a result of the combination of two separate effects, i.e., modulation of the total emitted power due to change in feedback, and modulation of the far-field divergence due to the resulting change in beam quality. We expect that the top speed capability of this technique will be on the order of 1GHz, or faster.

We have designed and experimentally demonstrated a new high-power coherent laser array that can be operated with good beam quality. We use a self-Fourier cavity to combine individual laser output beams coherently. We have also used this design to develop the high-speed coherence modulation communication technique. Our work will lead to a significant increase in the maximum range for satellite communication systems. We now plan to increase the performance of our technique further by using larger laser arrays, with higher-power emitters.

Christopher Corcoran received his PhD in physics from the Massachusetts Institute of Technology, where he studied the operation of coherent laser arrays under the supervision of R. H. Rediker. Since then, he has worked with fiber-optic sensors, electromagnetic shielding, permanent magnet design, and microelectromechanical systems.

Frederic Durville received his PhD in materials science from the Claude Bernard University, Lyon, France, in 1984. He worked as the director of advanced research and development at Cynosure from 1992 to 2000, where he was responsible for the development of new medical laser systems and applications. He is the author of more than 30 publications. He holds four laser application patents, and is a member of IEEE, the Optical Society, SPIE, and the Directed Energy Professional Society. In 2000, he was a member of the expert panel at the Solid State and Diode Laser Technology Review conference in Albuquerque, NM.