An optical resonator coupled to a single atom enables a medium that provides the maximum nonlinear phase shift of pi at the single-photon level, offering new possibilities for quantum technology.

Applying the laws of quantum mechanics to communication and information processing could vastly increase the available power and speed,1 but enabling such technology requires a strong interaction between individual photons. One example is optical logic gates, where the state of a control photon determines whether or not the phase of a target photon is flipped. Direct photon interaction does not occur in free space; however, we can realize it in principle using nonlinear optical media, where the refractive index—and, therefore, the phase of the transmitted light—depends on the intensity of the light field. When this nonlinear phase shift between one or two photons passing through the medium reaches π, the ultra-strong nonlinearity could enable implementation of high-fidelity quantum logic operations. However, currently, the nonlinear response of standard optical media is some orders of magnitude too weak.

In recent years, there have been considerable efforts to realize ultra-strong optical nonlinearities. The most promising approach exploits the response of atoms to incoming light. Once an atom has absorbed a photon, it is transferred into an excited state, where it remains until the photon is re-emitted. During the excited state lifetime, the atom cannot interact with a second photon. Thus, an atom is a saturable absorber and shows highly nonlinear (photon number-dependent) behavior. To demonstrate such phase shifts at the single-photon level, researchers have used cold atomic gases or single atoms coupled to optical resonators, 2–7and they have achieved phase shifts up to a small fraction of π.

Here, we realize an optical fiber-based nonlinearity proposed by Hofmann et al.8 that leads to an unprecedented two-photon phase shift close to the maximum value of π. We induce the nonlinearity by coupling a single rubidium (85Rb isotope) atom to a bottle microresonator,9 which is a monolithic whispering gallery-mode resonator where the light is guided around the resonator's circumference through total internal reflection. Interfacing the resonator is a tapered optical nanofiber with a waist diameter of 500nm that enables us to efficiently couple light in and out (see Figure 1). On resonance, part of the light guided in the optical fiber couples into the resonator and back out again. During this process, the light acquires a phase shift of π, while that which remains in the fiber does not acquire a phase shift and interferes destructively with light coupling out of the resonator. Owing to the presence of the atom, only a small part of the light enters the resonator; consequently, the overall phase shift remains zero. This behavior changes when two photons arrive simultaneously. Due to the strong field enhancement in the resonator, a single photon is already enough to completely saturate the atom. Thus, the second photon cannot be absorbed and the absorption per photon is strongly reduced. As a consequence, a much larger fraction of the light enters the resonator. Its amplitude is now far greater than that of the light remaining in the fiber. Accordingly, the light coupling out of the resonator dominates the interference, and the phase of the two-photon wave function acquires an additional phase shift of π. 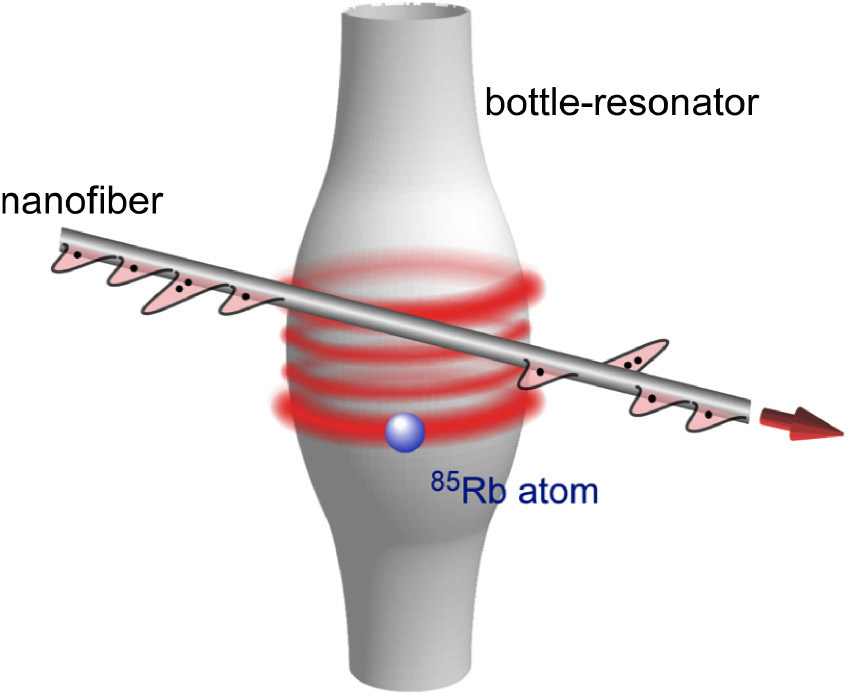 Figure 1. A bottle microresonator interfaced by an optical nanofiber and coupled to a single rubidium (85Rb isotope) atom. While individual photons running through the fiber are not affected, the two photons that simultaneously arrive at the resonator are subject to a phase shift of π.

In addition to the probe field, we also send a reference field through the fiber, which is orthogonally polarized to the probe. Because of the resonator's strong birefringence (the dependence of the refractive index on the polarization of the light) this field light does not interact with the resonator and serves as a phase reference. In this way, the nonlinear phase shift results in a photon number-dependent polarization rotation of the transmitted light. In our experiment, we obtain both probe and reference light from the same weak coherent laser pulse, which we send through the nanofiber and subsequently onto a polarization analyzer. Here, a combination of polarizing and nonpolarizing beamsplitters and single-photon counters detect the transmitted photons and measure their polarization state.9 Selecting only the cases where two photons arrive at the same time, we can reconstruct the full density matrix for the case where two photons simultaneously interacted with the resonator.

The density matrix contains all the information on the quantum state and enables us to obtain the nonlinear phase shift, as well as the exact polarization state of the two photons. Figure 2 shows the measured nonlinear phase shift as a function of the time delay of the photons arriving at the detectors. For zero delay, we observe a maximum nonlinear phase shift of (1.05±0.04)π, close to the ideal value of π. The phase shift decreases to zero when the time delay increases beyond the characteristic atom–resonator interaction time. This is expected, as in this case the photons interact independently with the atom-resonator system. In addition, Figure 2 also shows the concurrence of the two-photon state (we measured a value of around 0.27±0.04), which shows that the interaction of the photons with the atom–resonator system generated entanglement10 between the fiber-guided photons. This means that after the interaction, the photons can no longer be described as having a well-defined polarization, and now only the overall polarization of both photons together has a physical meaning. 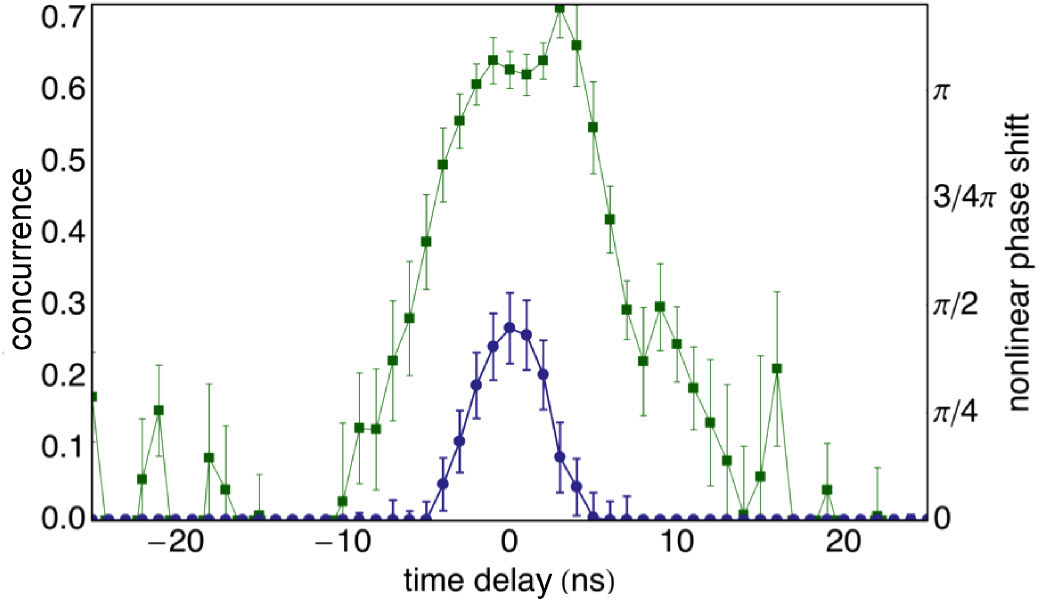 Figure 2. Measured nonlinear phase shift and concurrence as a function of the time-delay between the two photons.

In summary, we realized a fiber-integrated optical nonlinearity that provides the maximum nonlinear phase shift of π between the cases where one or two photons propagate through the fiber. In addition, we exploited this interaction to generate entanglement between two incoming photons. This constitutes a decisive step towards the realization of integrated optical quantum information processing and long-distance quantum communication applications.

In the current experiment, the atoms were not trapped in the resonator mode, which limited interaction time and fidelity in our system. In our next step, we plan to implement an atom-trapping scheme to improve the performance of our system, with the long-term goal of realizing fully functional, deterministic, photon-photon quantum gates.

Jürgen Volz obtained his Masters degree and his PhD in physics at the Ludwig Maximilians University, Germany. In 2007, he started investigating light-matter interaction in high-finesse optical resonators at the single atom/single photon level at the Ecole Normale Supérieure in Paris, France. Since 2011 he has continued this research using micro- and nanophotonic systems, such as WGM-resonators.