Frequency mixers represent one of the most essential components of microwave and millimeter-wave systems.1 Compared to conventional electrical mixers, photonic microwave frequency mixers are of great interest for wideband, multifunctional, and reconfigurable radio frequency (RF) systems.2 This is due to a number of distinct features, including wide bandwidth, good isolation, and immunity to electromagnetic interference. However, despite great efforts being devoted to the development of high-performance photonic microwave frequency mixers over the past two decades,3, 4 the two intrinsic challenges of photonic mixers—undesirable mixing spurs (unnecessary frequency components produced due to nonlinearities in the mixer), which restrict the operation bandwidth and reduce the signal-to-interference ratio, and limited mixing functions—have not yet been overcome.

We have developed a novel reconfigurable photonic microwave frequency mixer capable of alternatively realizing the single-ended, double-balanced, I/Q, or image-reject mixer without undesired mixing spurs. The configuration of our mixer is shown in Figure 1.5 Continuous-wave laser light (1552.5nm) is split into two branches. In the upper branch, the optical carrier is modulated by the RF signal via a Mach-Zehnder modulator, which generates an optical signal consisting of the optical carrier and two sidebands. An optical filter is inserted to select one of these sidebands. A similar operation is performed in the lower branch, with the electrical RF signal replaced by the electrical local oscillator (LO) signal. Optical sidebands from the two branches are sent to the signal port and LO port of a 90-degree optical hybrid.

This optical hybrid has four outputs: I1 and I2 (in-phase outputs), and Q1 and Q2 (quadrature outputs). If only one output is converted into an electrical signal, a photonic microwave single-ended mixer is achieved. When (I1, I2) or (Q1, Q2) are sent to a balanced photodetector (PD), a double-balanced mixer is realized. In addition, an I/Q frequency mixer can be obtained by introducing one of the in-phase outputs and one of the quadrature outputs to two PDs. If an electrical quadrature hybrid is used to combine the two electrical signals of the I/Q mixer, an image-reject mixer is achieved.

The waveforms of I1, I2, Q1, and Q2 outputs, which we obtained using a 16GHz sinusoidal signal as the RF and a 13.71GHz sinusoidal signal as the LO, are shown in Figure 2(a–d). At each output port of the optical hybrid, an intermediate frequency (IF) signal is obtained at 2.29GHz. Thus, single-ended frequency mixing is achieved. In addition, the waveforms from I1 (Q1) and I2 (Q2) outputs are out of phase and the waveforms from I1 and Q1 outputs are in quadrature, enabling double-balanced and I/Q frequency mixers to be realized.

Based on our proposed I/Q mixer, an image-reject mixer can be achieved by combining I1 and Q1 outputs using an electrical quadrature hybrid coupler. The waveform of the combined IF signal and the corresponding electrical spectra is shown in Figure 3(a) and (b), respectively. As can be seen, the amplitude is nearly zero when the frequency of the RF signal is matched to the image frequency (i.e., 11.42GHz). The image-reject ratio of the image-reject mixer is greater than 60dB, proving that the mixer can find application in microwave systems without the requirement of pre-filtering or multi-stage conversion, which could significantly reduce system costs.

Figure 3. (a) Waveforms of the intermediate frequency (IF, solid line) and the downconverted image (dashed line) from the photonic image-reject mixer and (b) the corresponding electrical spectra.

To demonstrate the high mixing spur suppression of our photonic microwave mixer, IF signals within a frequency range of 1–17.5GHz were downconverted from the high-frequency RF band based on this reconfigurable mixer. The spectra of the obtained IF signals show the mixing spurs to be fully suppressed (see Figure 4). Thanks to this high suppression, our photonic microwave mixer can work in multi-octave frequency ranges without electrical filters. 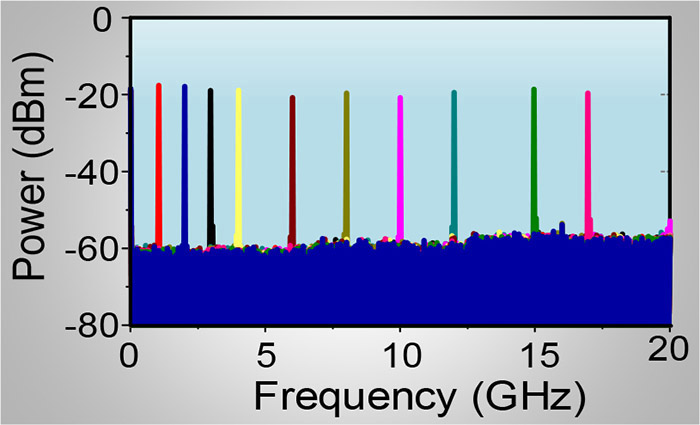 Figure 4. Spectra of the downconverted IF signals at different frequencies.

In summary, we have designed a new reconfigurable photonic microwave frequency mixer that enables single-ended, double-balanced, I/Q, and image-reject mixers to be realized without mixing spurs. In future work, we aim to implement this flexible photonic microwave mixer in a photonic integrated chip.

Shilong Pan received his PhD in electronic science and technology from Tsinghua University, China, in 2008. He is now a professor in the Key Laboratory of Radar Imaging and Microwave Photonics, Ministry of Education, Nanjing University of Aeronautics and Astronautics. His current work is focused on microwave photonics.