A new scheme, based on positioning ultracold atoms at submicron distances from a gold surface and directing their fluorescence photons into surface plasmons, may enable the readout of quantum information.
23 January 2015
Claus Zimmermann and Sebastian Slama

The requirements of quantum information processing include stable quantum memory, efficient readout schemes, and undisturbed communication lines. Although the lossless transfer of quantum information is made possible by employing photons as information carriers and optical glass fibers as a transfer medium, research into finding the best quantum memories is ongoing. Recent work has uncovered the ability of ultracold atoms to store quantum information on a timescale of seconds, much longer than has been achieved with any other quantum system.1 However, there remains a bottleneck in information readout due to the technical demands of present setups, which cannot be easily parallelized. An efficient and reliable interface, able to transfer the atomic information (coded in its electronic state) into a photon by emission, is required.

It may be possible to achieve this by exploiting the so-called high-cooperativity regime of cavity quantum electrodynamics (CQED). In this regime, an atom emits its fluorescence into a specific light mode with high probability. One approach uses high-Q optical cavities, in which cold atoms or ions can be positioned using various techniques (e.g., magnetic trapping). This positioning enables fluorescence to be directed with high probability into the cavity mode.2 However, in addition to the high technical demands of this setup, these cavities also have a very narrow bandwidth. This limits the readout speed and makes it necessary to actively stabilize their length to that of the transition wavelength of a specific element. This can be achieved with high precision using piezoelectric crystals to maintain a constant distance between the mirrors in the cavity. However, high-Q cavities cannot be easily parallelized. Parallelization is desirable because it enables the readout of multiple pieces of quantum information simultaneously.

We have been able to overcome these restrictions and have demonstrated that the direction of ultracold atom fluorescence can be transmitted with high probability into surface plasmon modes propagating on a planar gold surface. Surface plasmons are broadband excitations of charge carrier oscillations, connected with a bound electromagnetic wave propagating along the surface of the metal (see Figure 1). 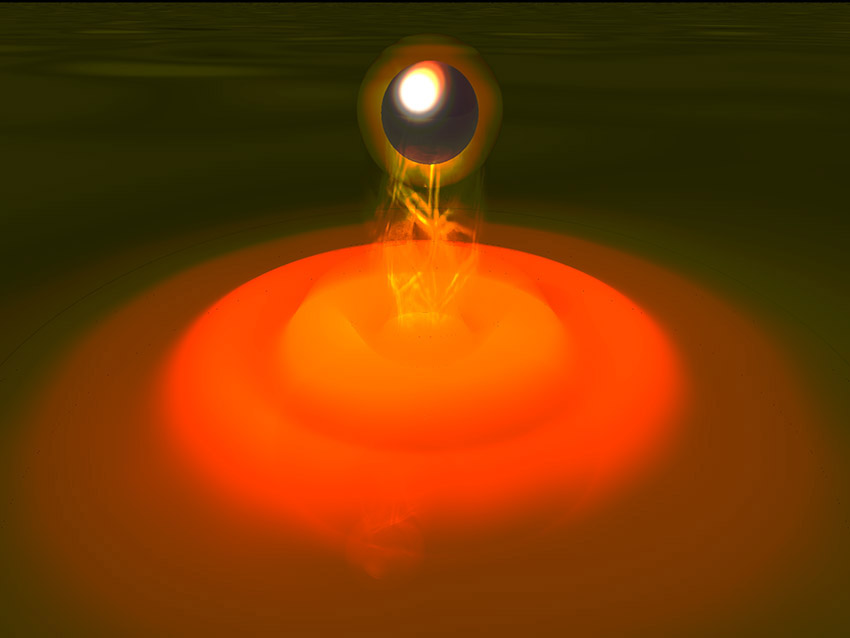 Figure 1. An atom emits its fluorescence into surface plasmons that propagate as cylindrical waves on a gold surface. (Artist's impression by S. Slama.)

We prepared clouds of approximately one million rubidium atoms at a temperature of 1μK. These atoms are subsequently trapped inside an ultrahigh vacuum chamber using magnetic fields. The center of the trap is positioned at the surface of a glass prism, covered with a 50nm-thick gold layer, at room temperature. A short laser pulse then irradiates from the side to excite the atoms. Atoms at submicron distances from the surface direct their re-emitted photons into surface plasmons with high probability. Thus, starting from the position that is closest to the atom, a cylindrical plasma wave propagates on the surface, similar to a wave that is initiated by a stone thrown into water. The propagating surface plasmon is then transferred into a photon, which is emitted into the glass prism under a specific angle (i.e., the plasmon angle, determined by the refractive indices of the metal and the substrate): see Figure 2. 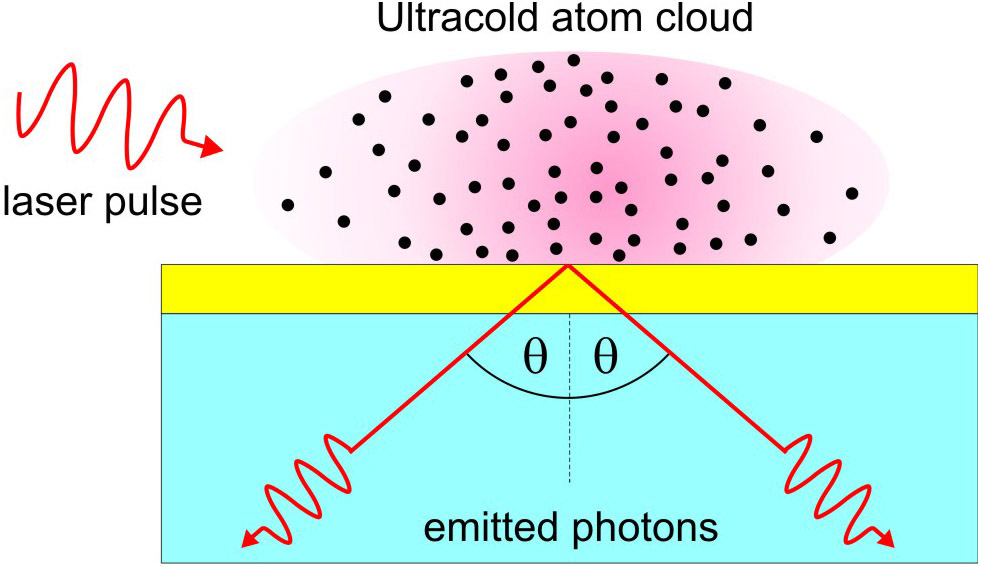 Figure 2. The atoms are illuminated by a short laser pulse. Excited surface plasmons are transferred into photons that are emitted into the substrate under the plasmon angle θ.

The photons can be detected using a single-photon-sensitive avalanche photodiode, enabling the measurement of the characteristic features of the polarization and the angular dependence of the re-emitted light. These measurements confirm that surface plasmons are excited. By altering the distance of the atoms from the surface and by tuning the frequency of the laser, we were able to investigate the role of the atoms in the excitation process. The transfer of photons into surface plasmons can only be observed if the atoms are sufficiently close to the surface and if the laser frequency is close enough to an atomic transition frequency. We described these observations theoretically3 by the emission of an oscillating dipole in the presence of a surface and deduced that surface plasmons were excited by the atoms with a maximum Purcell enhancement of P=4.9. This value corresponds to slightly more than 80% of the fluorescence that is emitted into surface plasmons.4

In summary, our results show that positioning ultracold atoms close to a metallic surface provides an efficient method for the readout of quantum information. Such a scheme could be based on atoms that are trapped in a lattice in close proximity to a metal surface. Exciting individually chosen atoms or a subset of atoms should excite surface plasmons, which are then guided into optical fibers for quantum information transmission.

One goal in the future will be to further increase the efficiency from 80% to values closer to 100%. We expect to achieve this by implementing several improvements. First, the plain gold surface will be replaced by tailored nanostructures that act as optical cavities and further enhance light-matter coupling. Second, the density of the atom cloud can be increased such that light scattering is no longer a single-atom process, but a collective process that involves several atoms at a time. We also plan to trap atoms in purely optical potentials that are generated by plasmonically enhanced evanescent light waves at a submicron distance from the surface. This step focuses the atom cloud in the distance range where high cooperativity is reached and will enable us to increase the density of atoms close to the surface and improve the signal-to-noise ratio.