Placing a semiconductor nanowire in a trench in a line defect of a silicon photonic crystal creates a movable high-Q nanocavity.
28 May 2015
Atsushi Yokoo, Muhammad Danang Birowosuto and Masaya Notomi

The continual increase in energy consumption in networking equipment is of grave concern, and depends primarily on the energy consumed by the processing chips therein. A significant contributor is the energy lost to resistive heating in the electrical interconnects on a CMOS chip, which could be avoided by using optical interconnects instead. We believe that nanophotonic devices are essential for realizing such an optical interconnection system, and we are now trying to develop such devices using photonic crystals.

Nanomaterials play an important role in the development of nanophotonic devices. Nanowires, having a diameter of less than 100nm, are especially attractive for their small feature size, and can be made of optically active materials such as III-V semiconductors. In addition, by arranging growth sequences during epitaxial growth, we can build III-V semiconductor nanowires into structures such as p-i-n junctions and core/shell and multilayer heterostructures. We can thus realize small optical devices with low energy consumption.

A nanowire alone, however, does not provide sufficient optical confinement to achieve the desired device performance, as it is too small to match the wavelength of light. Optical confinement on the scale of the wavelength can be provided by silicon photonic crystals, in which a regular array of subwavelength-sized holes in the silicon produce forbidden bands for light propagation. However, incorporating an optically active material along with the silicon requires a regrowth process, limiting the materials that can be used. 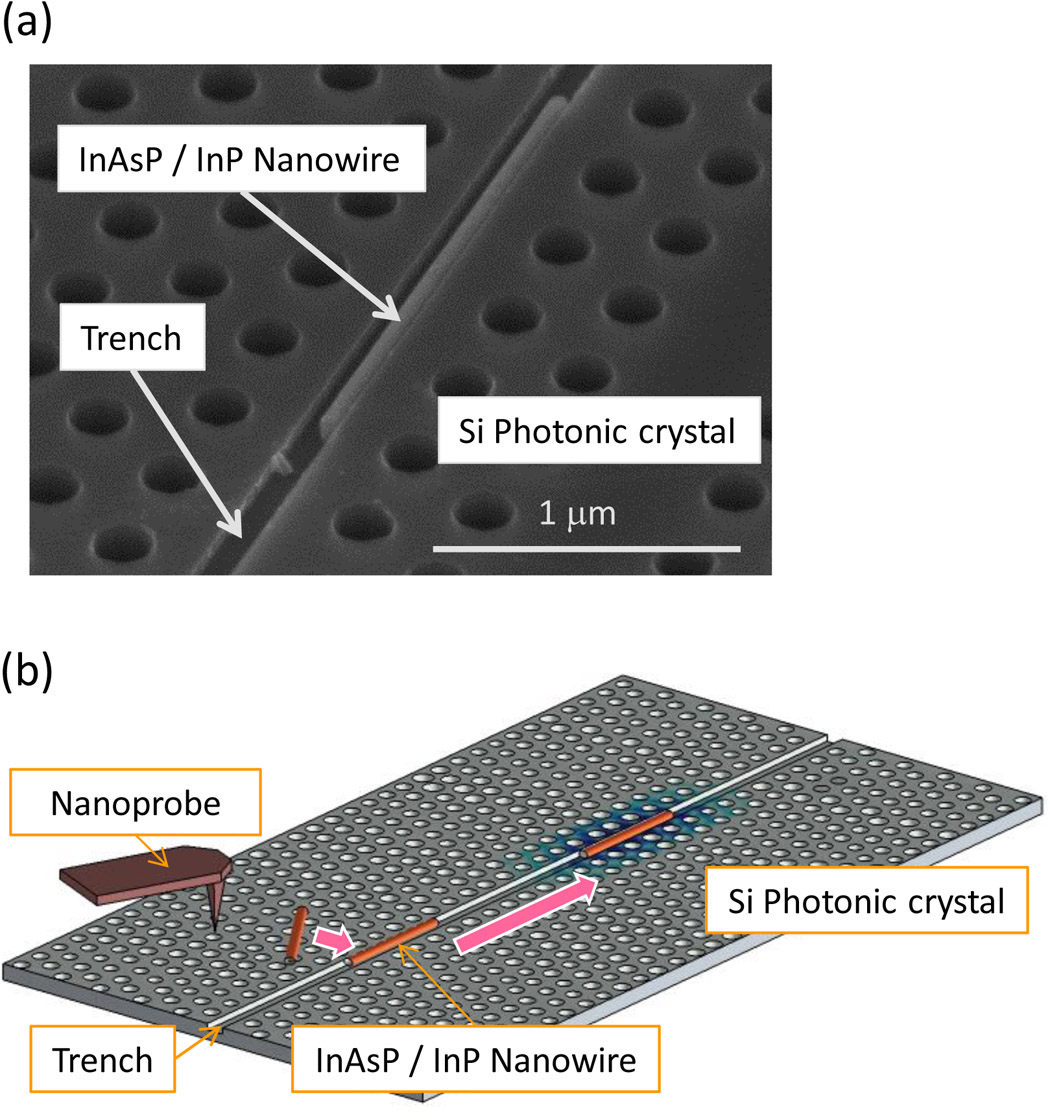 Figure 1. (a) Scanning electron microscope image of silicon (Si) photonic crystal with a nanowire installed in a trench in a line defect of the crystal. (b) Diagram of optical cavity creation. The nanoprobe of an atomic force microscope installs the nanowire in the trench and can move it along the trench to realize a movable cavity. Blue indicates the calculated electric field intensity of the cavity's resonant mode. In: Indium. As: Arsenic. P: Phosphide.

The line defect on its own forms a so-called mode-gap waveguide. The presence of the nanowire locally changes the effective refractive index, which in turn modulates the mode-gap frequency along the line defect, creating a mode-gap cavity that confines light in the vicinity of the nanowire.2 Cavities with ultrahigh-Q (>106) can be produced with surprisingly small modulations of the refractive index in a mode-gap waveguide.2–4

We created such nanowire cavities with silicon photonic crystals having a range of lattice constants near 400nm. We used indium arsenic phosphide/indium phosphide (InAsP/InP) heterostructure nanowires with a variety of lengths and widths. These devices achieved Q-factors of up to 9500 with a resonant wavelength of 1.5μm: see Figure 2. The silicon photonic crystals had thus obtained an optically active emission region, as is essential for creating a laser. 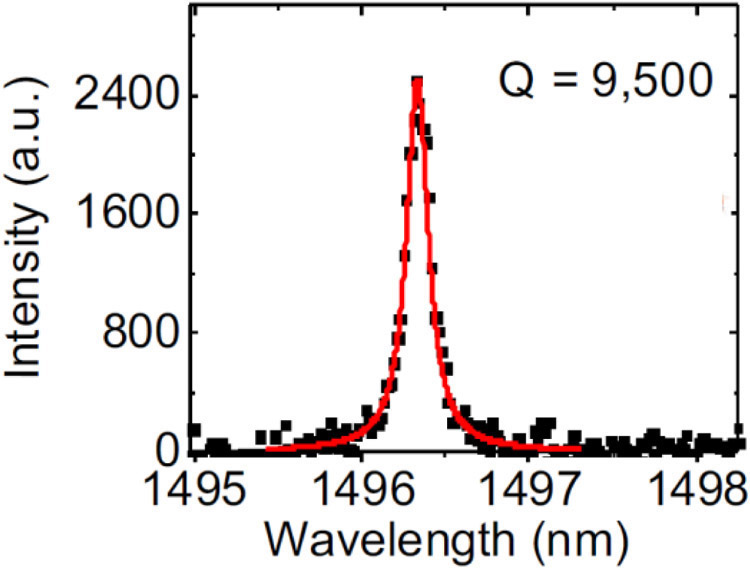 Figure 2. Emission spectrum of a cavity based on a nanowire 2620nm long and 85nm in diameter exhibits a very high Q-factor. a.u.: Arbitrary units.

An exceptional feature of our high-Q nanocavities is that they are movable instead of being fixed in place by the surrounding structure. Simply shifting the nanowire along the trench enables the nanocavity to contribute to a reconfigurable optical circuit. We have used this movability to investigate the physics of nanophotonic devices.1 We found that the Q-factor of a nanowire-induced cavity varied somewhat when we moved it to different positions along the trench. This variation is most likely due to a slight vertical displacement of the nanowire in the trench, rather than the lengthwise move itself. By measuring the photon lifetime in a nanowire-induced cavity with the same nanowire at different positions, we could evaluate how the lifetime depended on the Q-factor. We confirmed that photon lifetime is inversely related to Q-factor, as expected due to the Purcell effect (in which a resonant cavity alters the spontaneous emission rate of a system). At the highest Q-factor (5200) for this part of our experiment, our photon lifetime was 91ps. To the best of our knowledge, this is the shortest lifetime ever achieved for a III-V semiconductor nanowire.

In summary, we have demonstrated that optically active nanowires and silicon photonic crystals can be combined to create movable, high-Q optical cavities. Our design opens the possibility of photonic integrated circuits on demand. That is, various III-V functional nanocavity devices could be added at arbitrary positions in waveguides on a universal silicon photonic crystal substrate. The next step of our research is to achieve laser oscillation with nanowire-induced nanocavities. We also plan to apply nanowires having different functionalities (e.g., optical nonlinearity, p-i-n junction) to achieve a variety of functional device components.

Muhammad Danang Birowosuto was on the staff at NTT when the work reported here was performed. He is now a researcher at the Physics Research Center of the Indonesian Institute of Sciences (LIPI) in Serpong, Indonesia.