Infrared missiles track a target by detecting its heat. As new generations of IR guided missiles are developed, the challenge of conceiving efficient countermeasures becomes increasingly difficult. At present, laser-based jamming and deception confuse and misdirect IR-guided missiles, but this may well prove inadequate against future imaging systems. One potential way forward would be a laser capable of destroying the missile's IR imaging sensor with joule-level nanosecond pulses. For maximum efficiency, the laser wavelength would need to match the sensor's detection band, so that the pulse energy will damage the detector material, as shown in Figure 1. 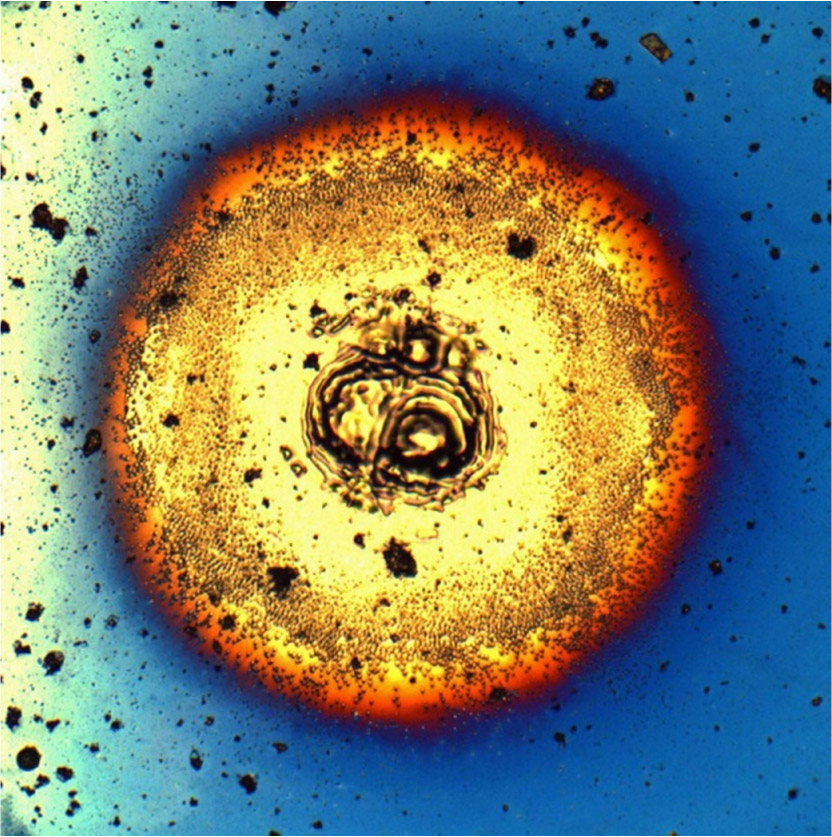 We have developed a simple and efficient scheme to generate the required energies at IR sensor system wavelengths, which are determined by regions where the atmosphere has low attenuation. The principal wavelength bands are at 2, 3–5, and 8–12μm, and we have demonstrated a laser source capable of generating 0.55J at 2μm and 0.2J in the 3–5μm band. It also has the potential to generate considerable energy in the 8–12μm region.

In the absence of solid-state laser materials that can generate the required energies and wavelengths directly, it is necessary to convert radiation from shorter-wavelength lasers using nonlinear optical components, such as optical parametric oscillators (OPOs) and amplifiers (OPAs). One promising material for such devices is zinc germanium phosphide (ZGP), which has a high nonlinear coefficient, reasonably high damage threshold, good IR transmission, and high thermal conductivity.1, 2 ZGP needs to be pumped at a wavelength >2μm to avoid absorption. An alternative is to pump ZGP with a holmium-based laser near 2.1μm. We chose yttrium lithium fluoride (YLiF4, YLF), which has a long excited-state lifetime, as host material for holmium. The long lifetime in holmium-doped YLF (Ho:YLF) means that joule-level energies can be stored in the material, with even quite modest pump powers of ∼100W. Such pump powers are readily obtained from thulium-doped fiber lasers, which are suitable for efficient end pumping of the laser medium. Fiber lasers are inherently robust and insensitive to vibration and shock, which makes them particularly suitable as pump sources in military applications.

Cooling to cryogenic temperatures greatly increases the performance of holmium lasers. At low temperatures, holmium goes from being a quasi-three-level system to practically a four-level laser system, which increases the fraction of extractable energy. In addition, the thermo-optic coefficient of YLF also becomes more favorable at low temperatures. Consequently, a Ho:YLF laser cooled with liquid nitrogen and end-pumped with a thulium (Tm) fiber laser can become a very efficient high-energy 2μm source. We obtained 550mJ pulse energy in 15ns pulses, at 1Hz repetition rate, from a Q-switched cryogenic Ho:YLF laser pumped with a 100W Tm:fiber laser.3

When converting energetic pulses in nonlinear optical devices, the most challenging task is to maintain good beam quality to be able to deliver as much as possible of the laser energy into a small aperture at a considerable distance. One solution is the master oscillator-power amplifier (MOPA) approach. Here, an OPO is pumped with a low to moderate energy beam, and is optimized for output pulses with good beam quality. The output from the master OPO is then used as a seed in an OPA, which can provide pulses with good beam quality for beams with large diameter. We chose a MOPA architecture for our setup (see Figure 2), and by careful optimization of the design, using an in-house simulation software for lasers and nonlinear interactions, we experimentally obtained nanosecond pulses at 3–5μm wavelength, with more than 0.2J energy, and a beam quality M2=3.4 (The beam quality indicates how much a beam diverges as it propagates, compared to a Gaussian beam.) Crucial components in the setup include large-aperture ZGP-crystals, as shown in Figure 3, as well as the cryogenically cooled Ho:YLF laser as pump source. 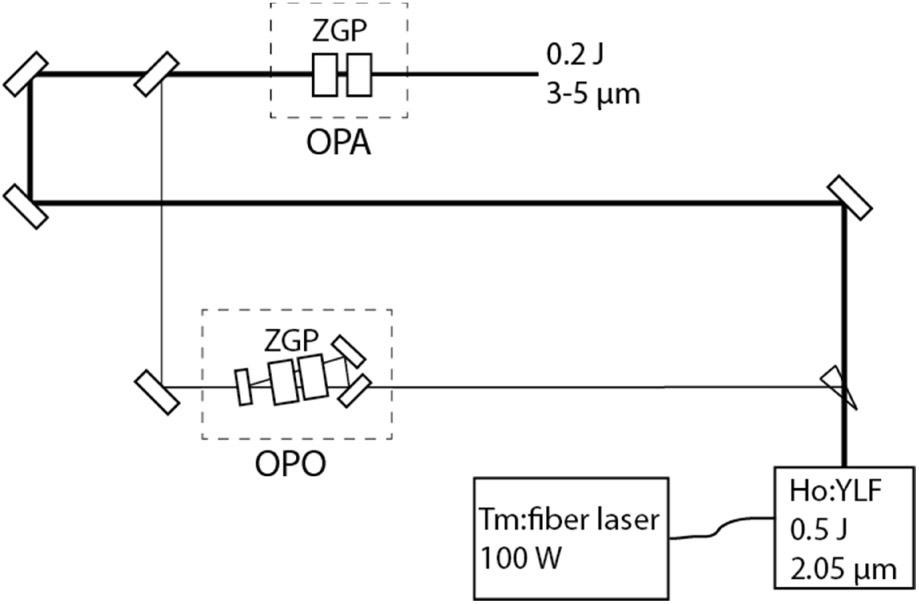 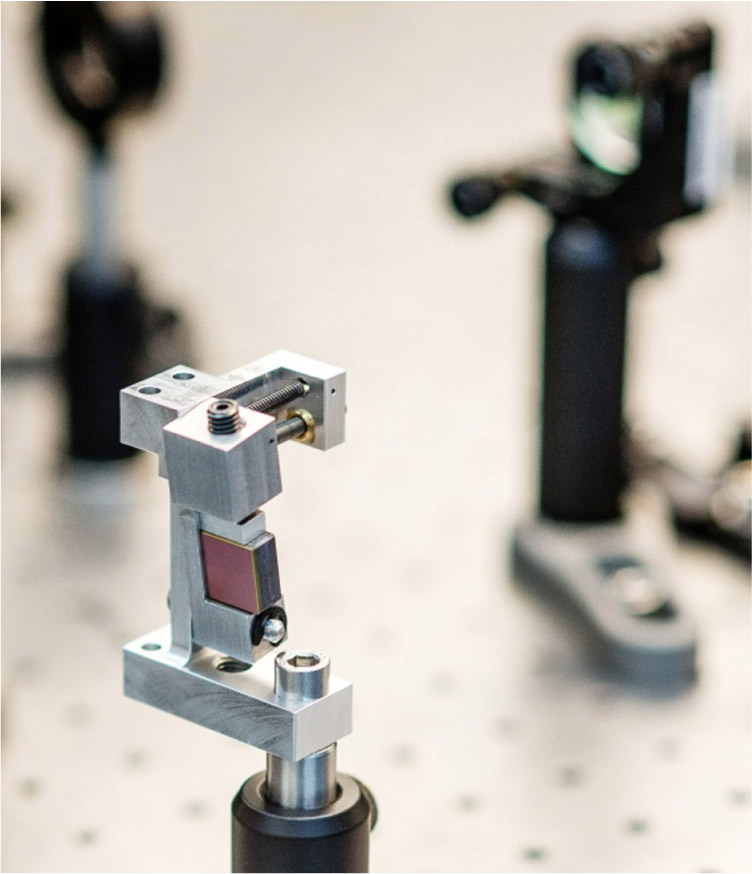 Figure 3. Large-aperture (12 × 14mm) ZGP crystals are required to efficiently convert the wavelength of the 2μm pump laser to the mid-IR range.

Our present setup is suited for laboratory demonstrations of laser damage to IR materials and focal-plane array detectors. Further developed and energy scaled, this architecture may pave the way for future countermeasure systems based on in-band laser damage and, we believe, be suitable for even battlefield applications. Our simulations show that 70mJ pulses, with good beam quality, should be achievable at 8μm wavelength by proper optimization of the OPA stage. We are currently working to optimize the setup to reach these energy levels at 8μm wavelength.

Espen Lippert obtained a master's in physics from the University of Oslo in 1998. He has since been employed as a scientist at the Norwegian Defence Research Establishment where he has been working with research on IR laser technology.

Magnus W. Haakestad received a PhD in electrical engineering from the Norwegian University of Science and Technology in 2006. Since then he has been a scientist at the Norwegian Defence Research Establishment. His research interests include IR laser sources, nonlinear optics, fiber optics, and terahertz technology.

Helge Fonnum obtained a master's in physics from the Norwegian University of Science and Technology in 2003. He worked for two years with interferometry for industry before he joined the Norwegian Defence Research Establishment as a scientist researching IR laser technology.